Would Isla Holbox be a new Tulum? Another disappointment?

Isla Holbox? What is that? A friend recommended I’d go, and I did. I mean why not? I wanted to see beautiful island life, relaxing somewhere. Relaxing again? I was almost on my way back home and hadn’t really found that perfect beach yet, even if San Pancho had been ok.

But I hadn’t felt that wow-feeling for any beach…

Tulum had been a horrible disappointment, and sure there have been nice places in Mexico during the trip, but beaches…? Cancún – THE tourist trap – had waves too rough for me, Playa del Carmen – tourist trap – and also rough waves (it’s just south of Cancún, so it makes sense), Sayulita – ok, but so crowded on the beach, San Pancho (San Fransisco) – lovely, but oh, the rough waves… again…

I hadn’t stayed on the beach in either of those places and I did long for this. 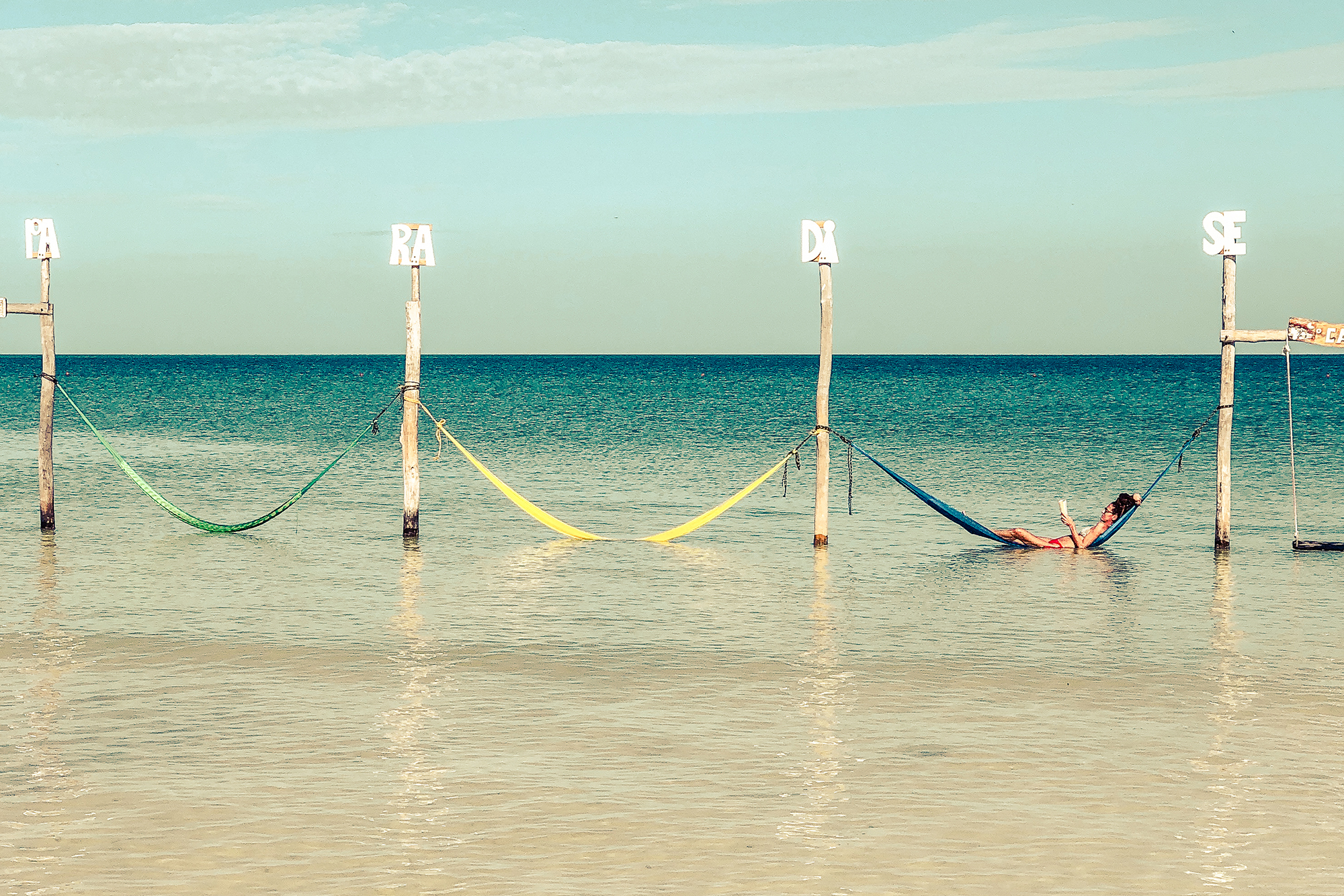 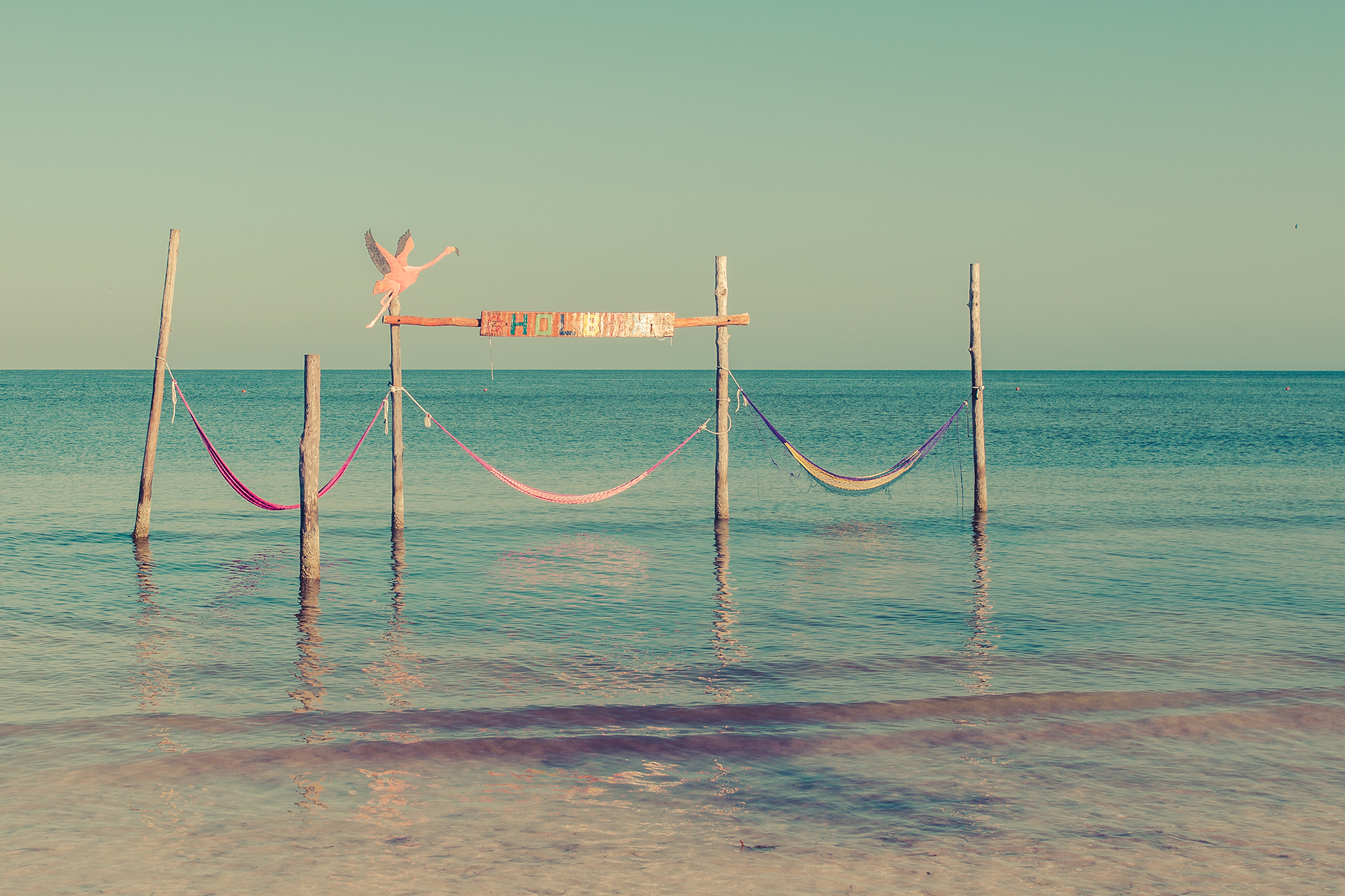 Where was that cute bungalow on the beach?

So I took my bags to Isla Holbox and let me just say WOW!

I took a flight from Teotihuacán to Cancún, spent one night in a horrible hotel by the bus station downtown. First thing in the morning I jumped on the bus to Isla Holbox. 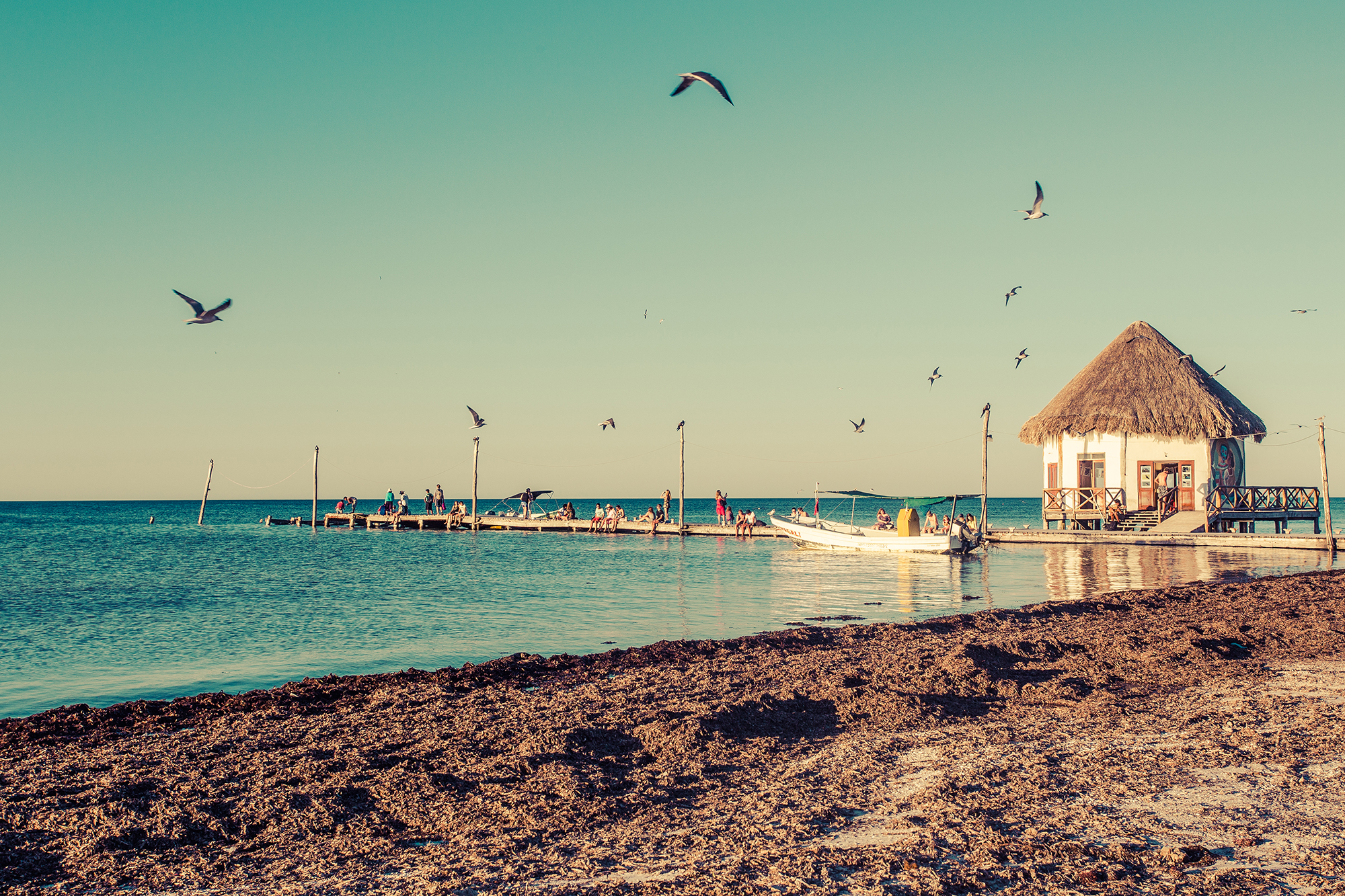 I just need to get off-topic here, to complain about hotels who are putting up the best images of their best rooms on sites like Booking.com. The images are never anything like reality. Don’t you get it? You will have so many more complaints and unsatisfied customers if you’re pretending your place is so clean and gorgeous, and when one actually gets there it looks like crap?

Isn’t it better to give us some kind of real, true image of the room instead?

Being the guest I prefer to know what I’m buying and paying for. I don’t mind staying in a somewhat shabby room if that’s what I’m paying for, but I don’t want to pay the same price as others in the area if it turns out my room is worse! Unfortunately, it seems hotels don’t get it at all, which, come to think about it, is quite odd considering the fear negative reviews online can render! 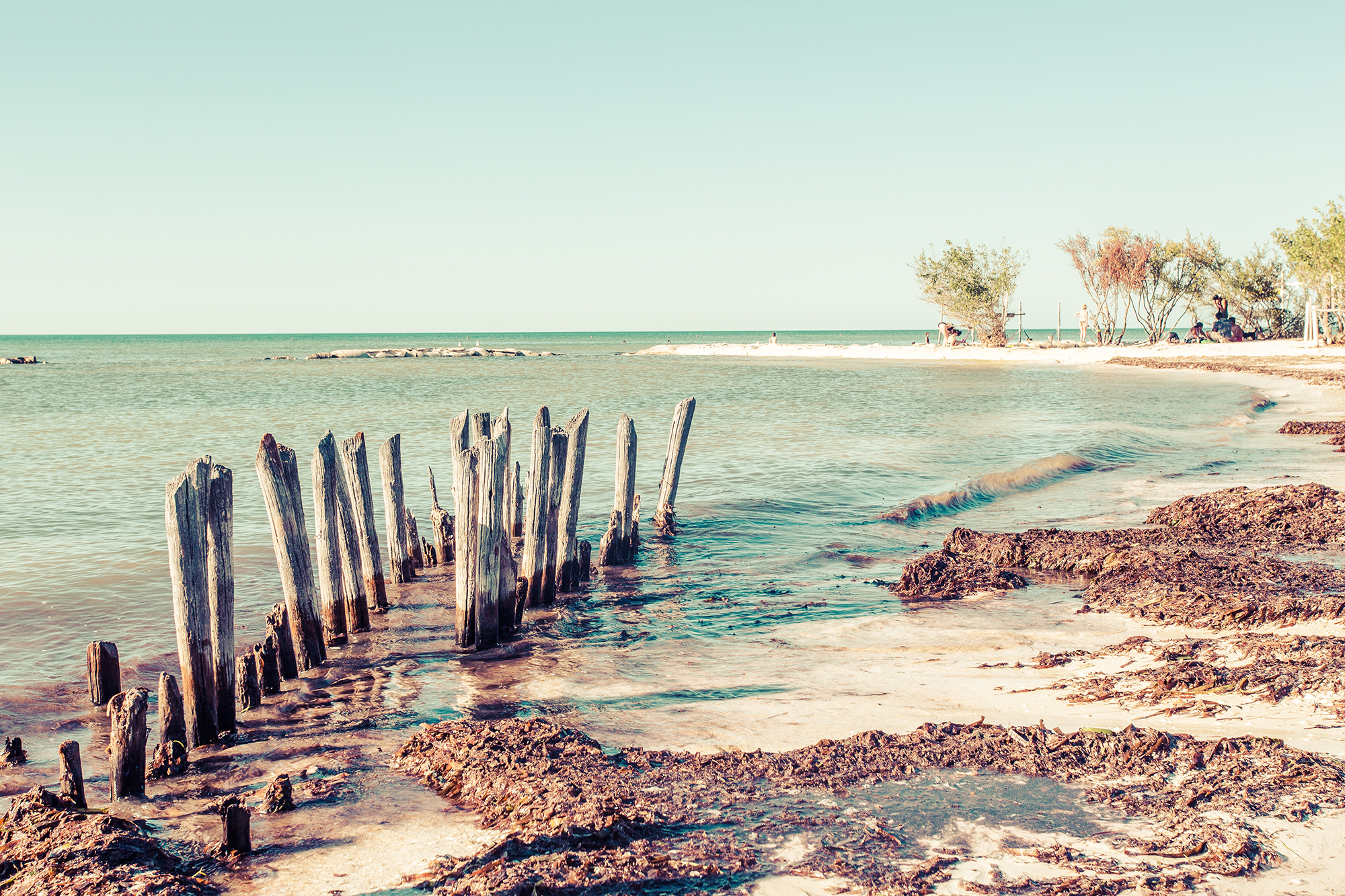 Back to the task at hand – in the same second I set foot on the island I fell in love. I took a taxi – a golf cart, of course – to my hotel. On Isla Holbox, there are hardly any cars, just golf carts – wonderful. I do hope this idyllic little island will stay just that – idyllic!

All roads were gravel roads – was this my new Haad Rin? 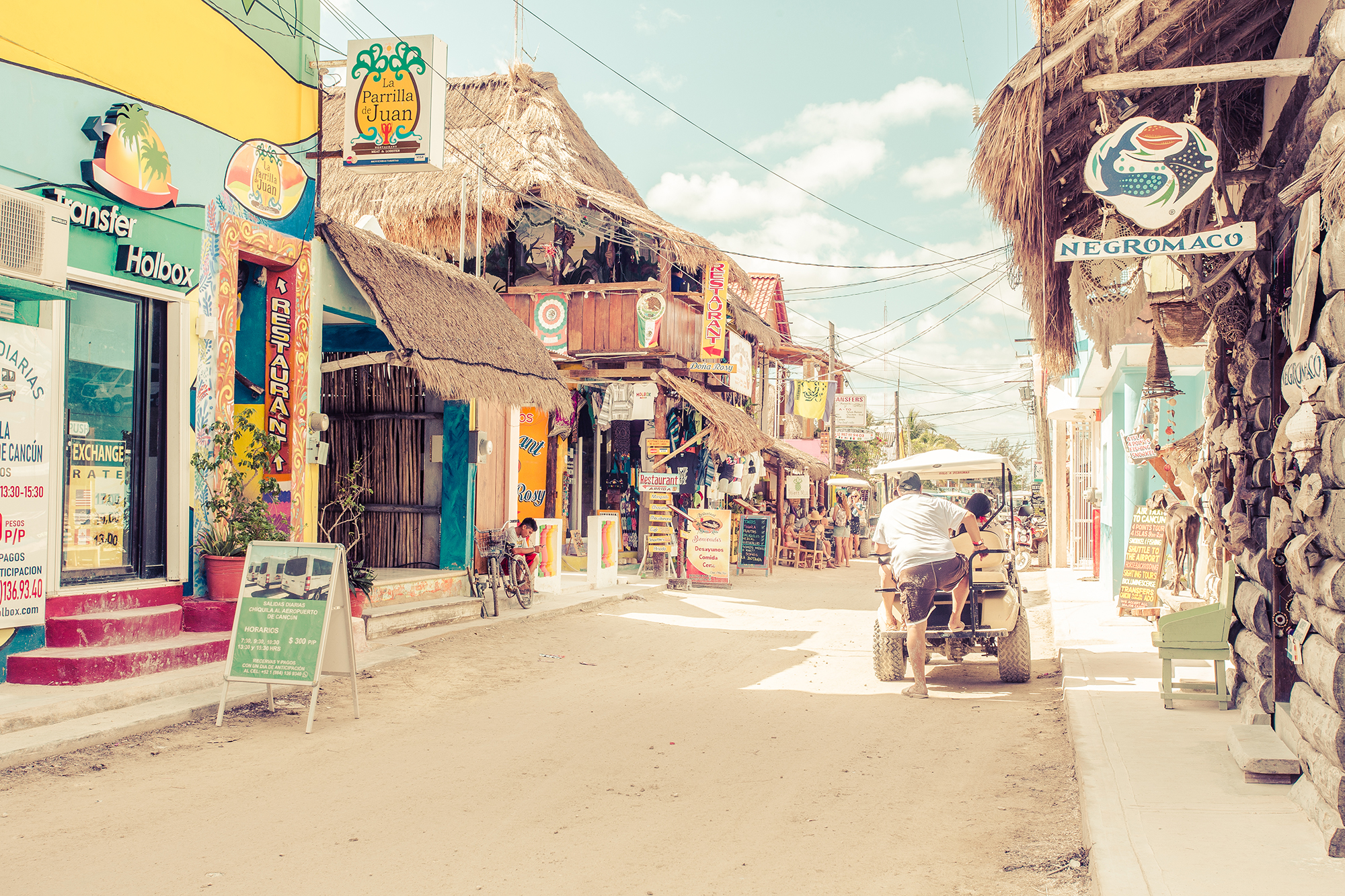 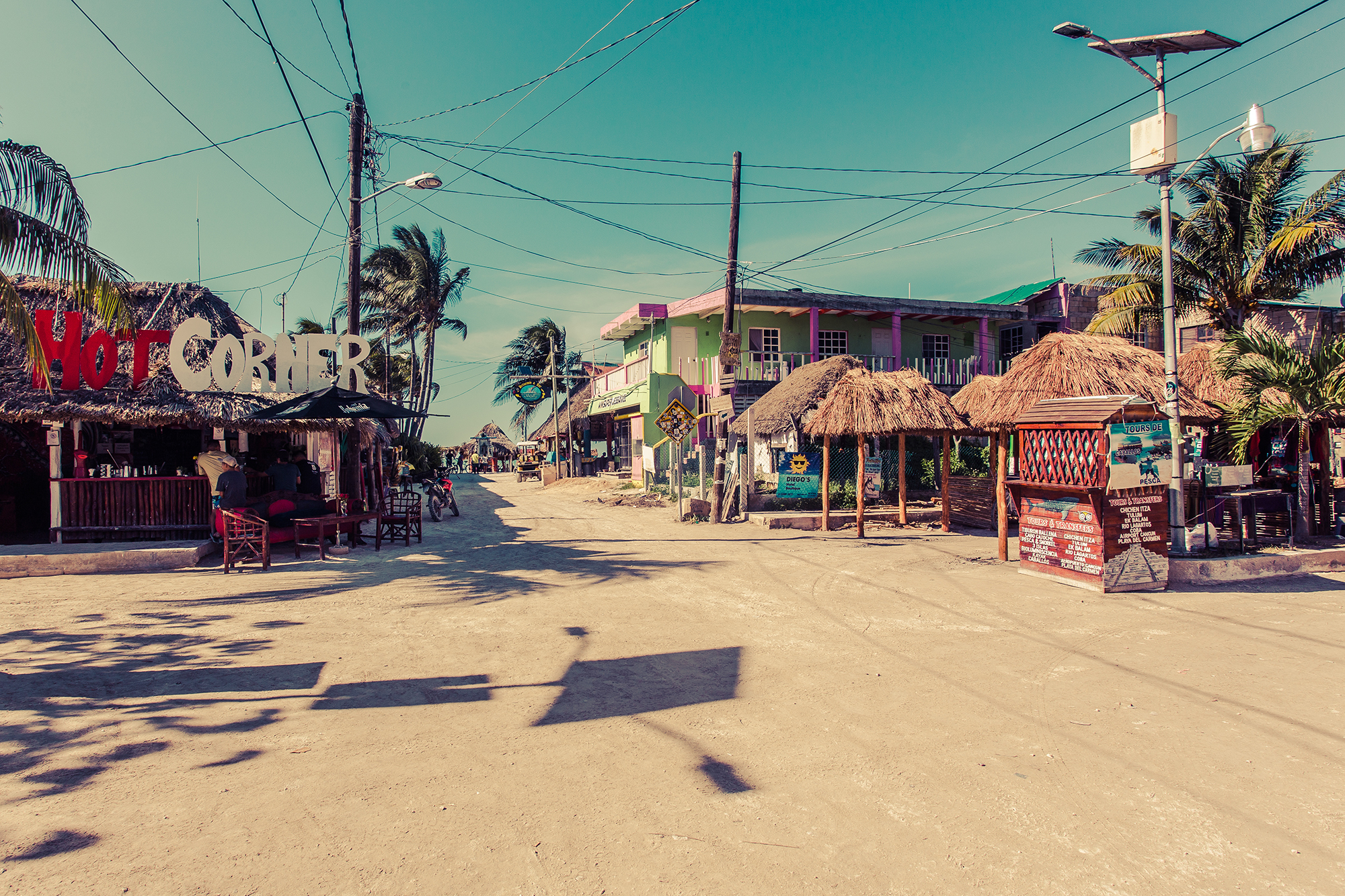 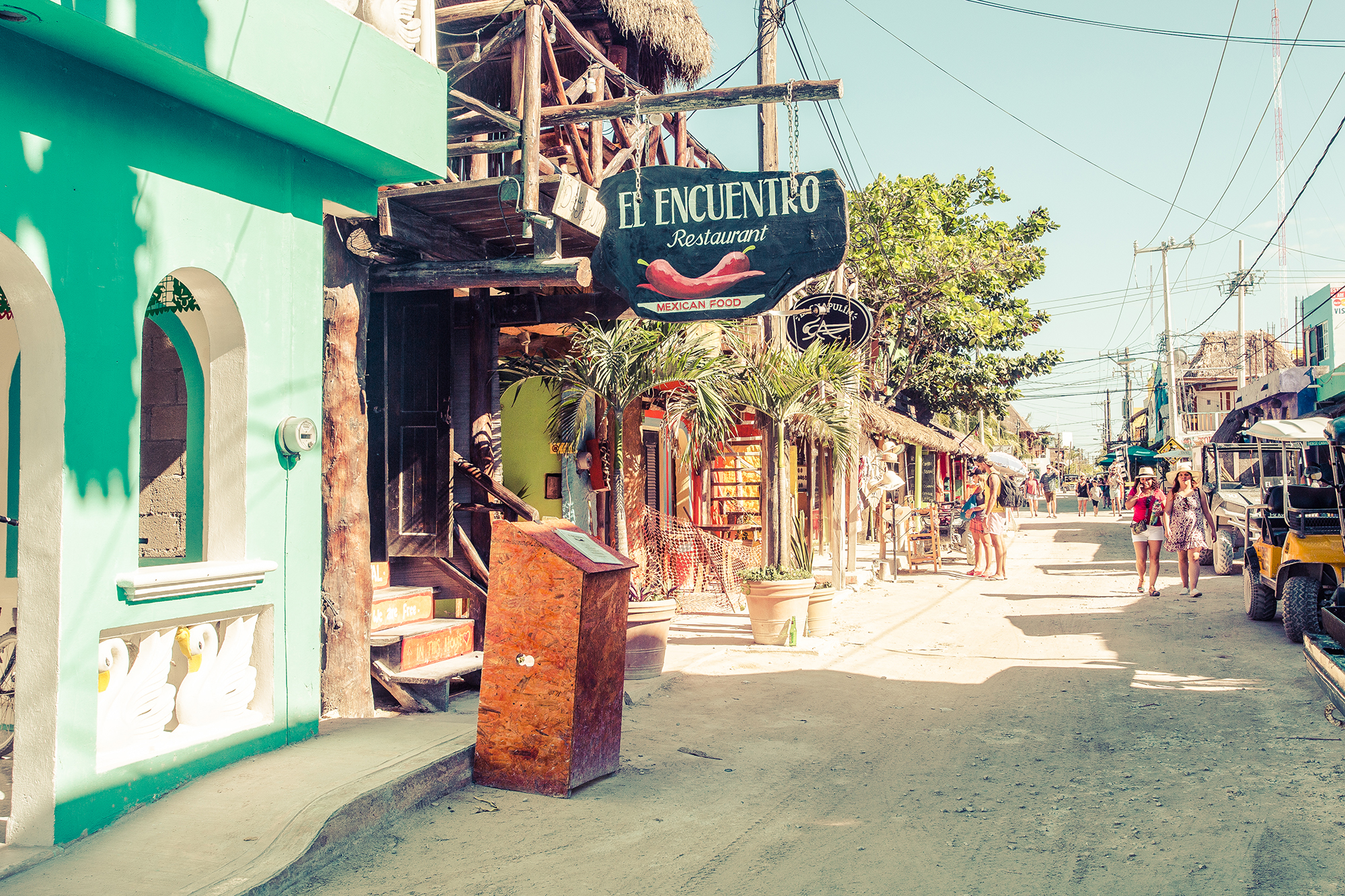 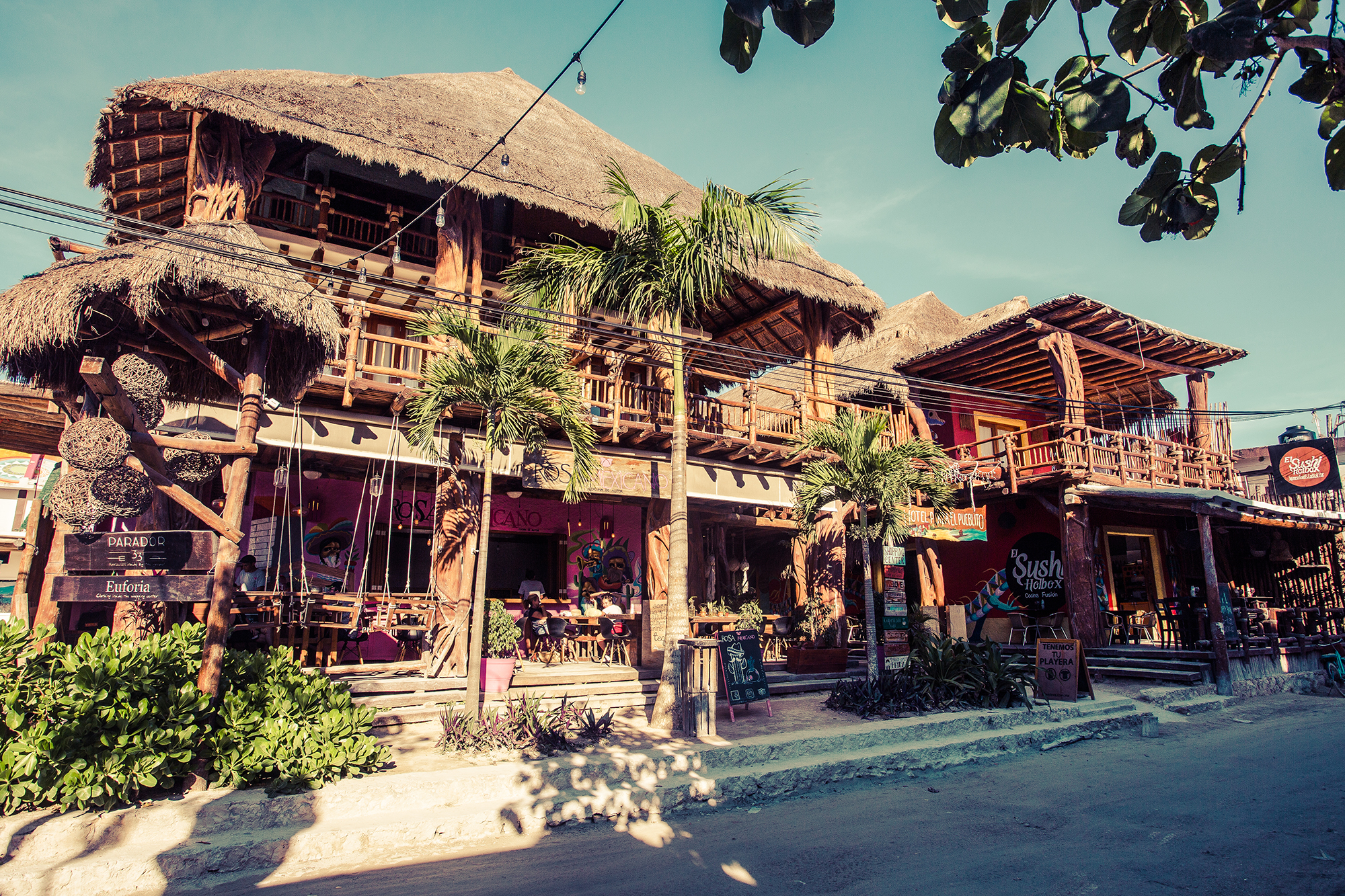 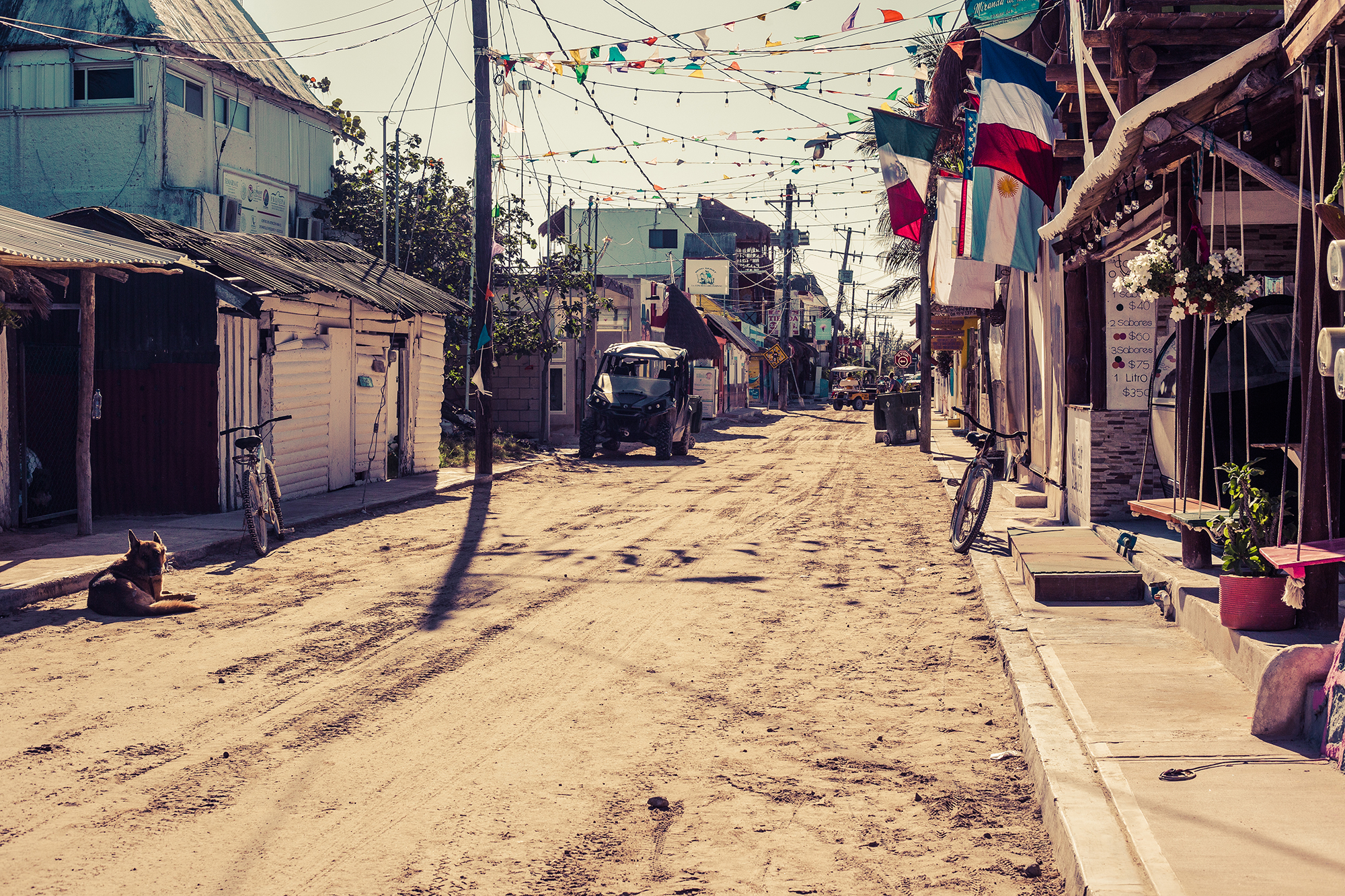 The hotel – Mystique Blue – was so fresh and just on the beach, as expected. It was a little far from the centre but ok. The distances aren’t that big… But the road got pretty dark here as well, after sunset, because of the lacking of street lights.

Sure, you could walk along the beach where there were hotels and restaurants lining the beach almost all the way up to my hotel. They had lights and a lot of customers. The only problem was the tide. Some parts of the beach could be tricky to pass through unless you wanted to climb over a restaurant’s wall. 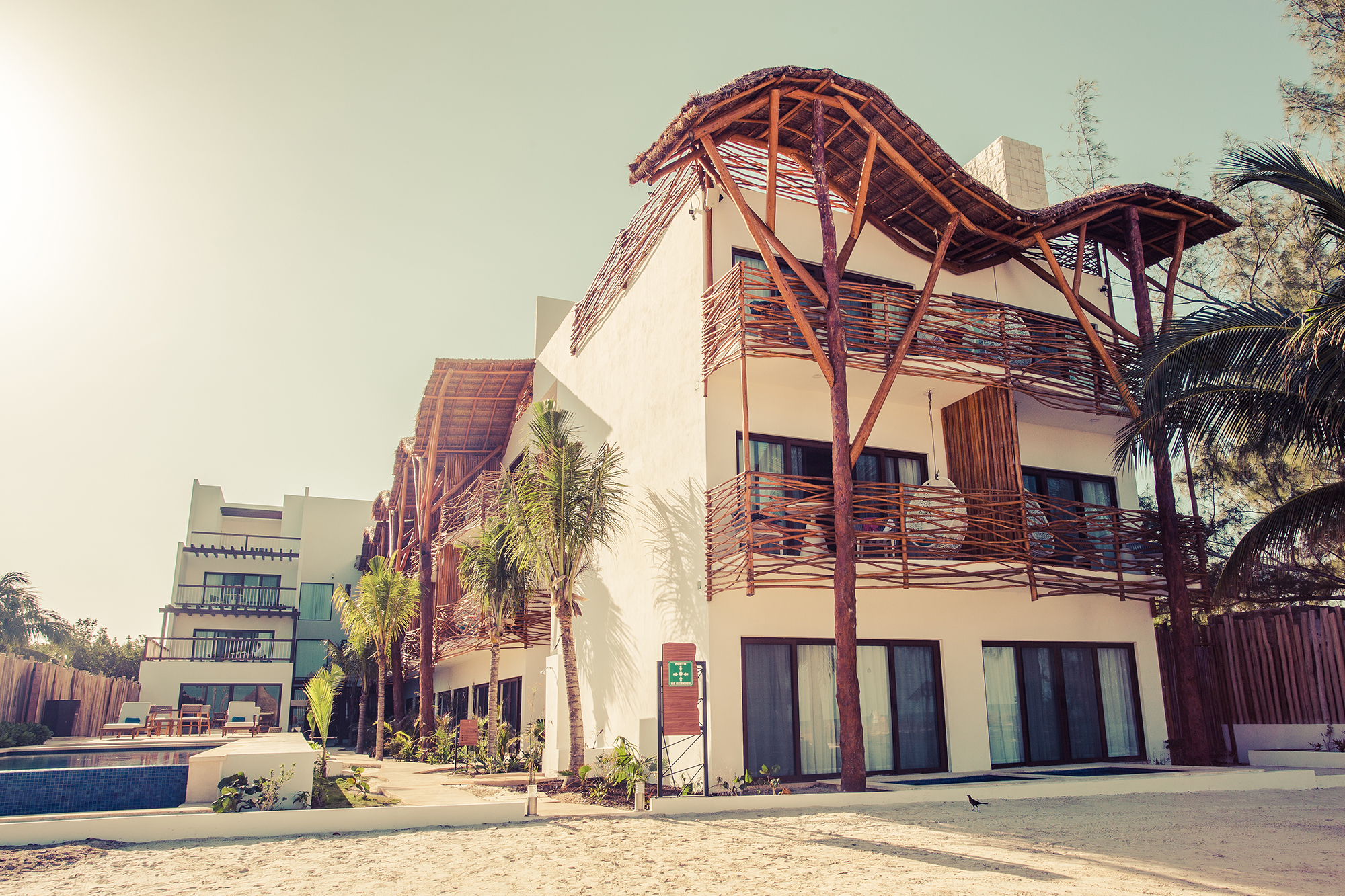 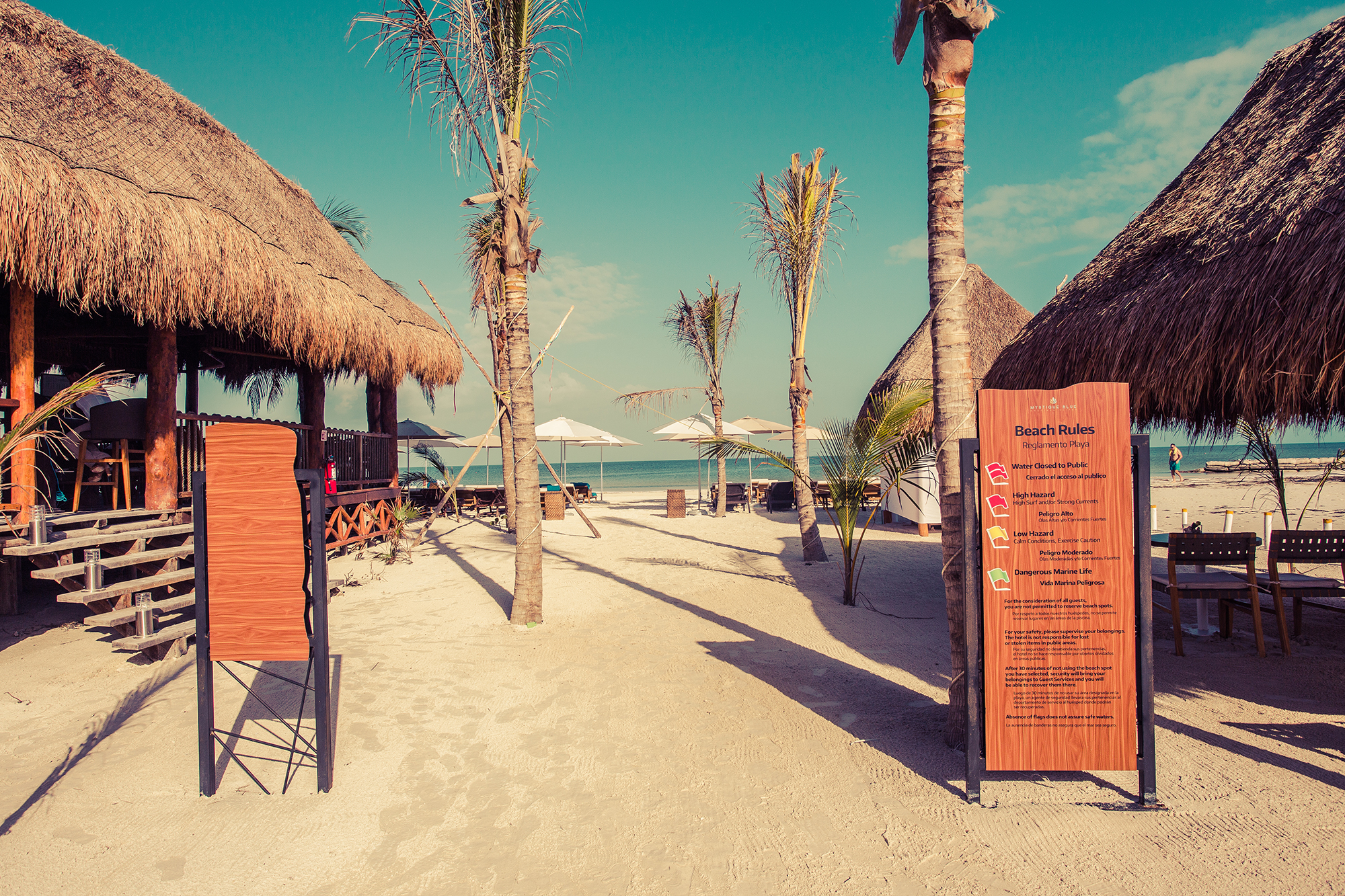 Isla Holbox, the name Holbox meaning “black hole” in Yucatec (Mayan language), is an island on the Yucatán peninsula in Mexico. It’s pretty unexploited, and according to what I heard, construction of new hotels and/or anything at all actually has been stopped, which is a positive thing. What is now will be, but there will be no more. Let’s just see how long that will last, until we get all fuzzy and warm here…

Many of the tourists appreciate this – Holbox not being as exploited as for example Tulum. 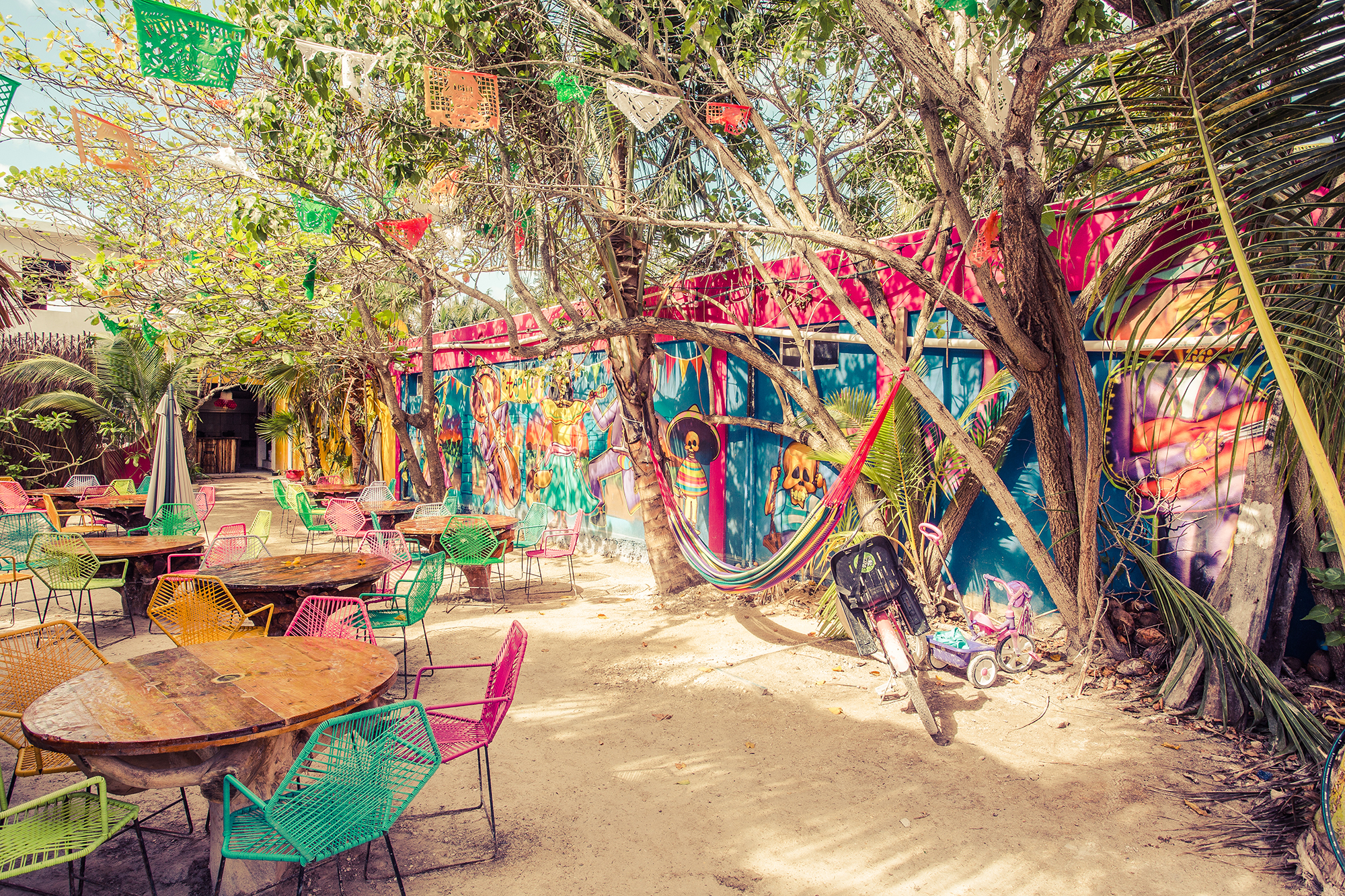 There is no ATM on the island, you have to deal with worldly stuff like money on the mainland. Luckily I could put my food on the tab for the hotel room, since my money, even though I had been frugal, still disappeared quicker than I had wanted. I knew they didn’t have an ATM, but I had been too optimistic about how much I could actually spend… Or maybe too optimistic about how LITTLE I could spend… 😛

In some way, the money never seemed to be enough… 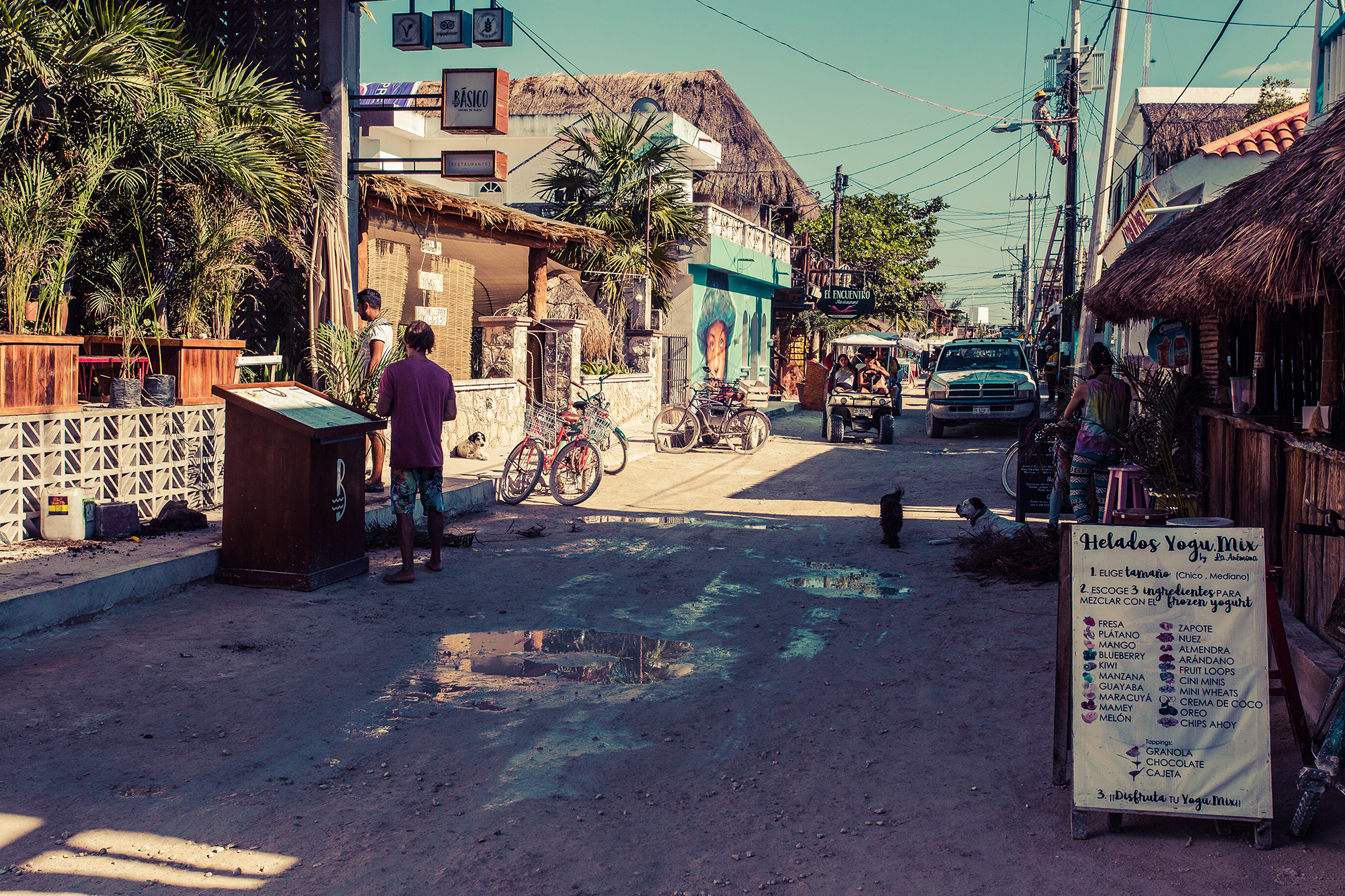 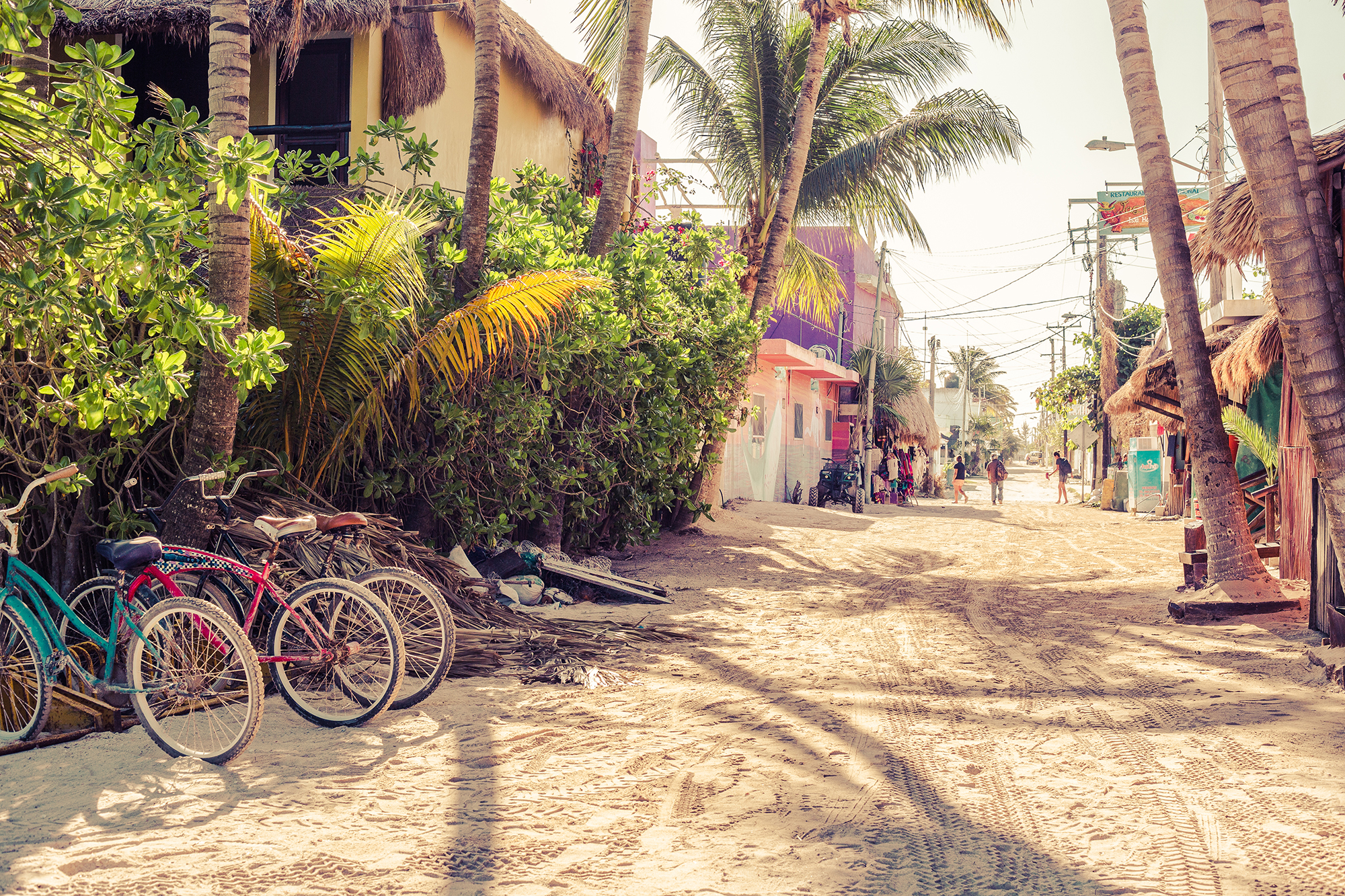 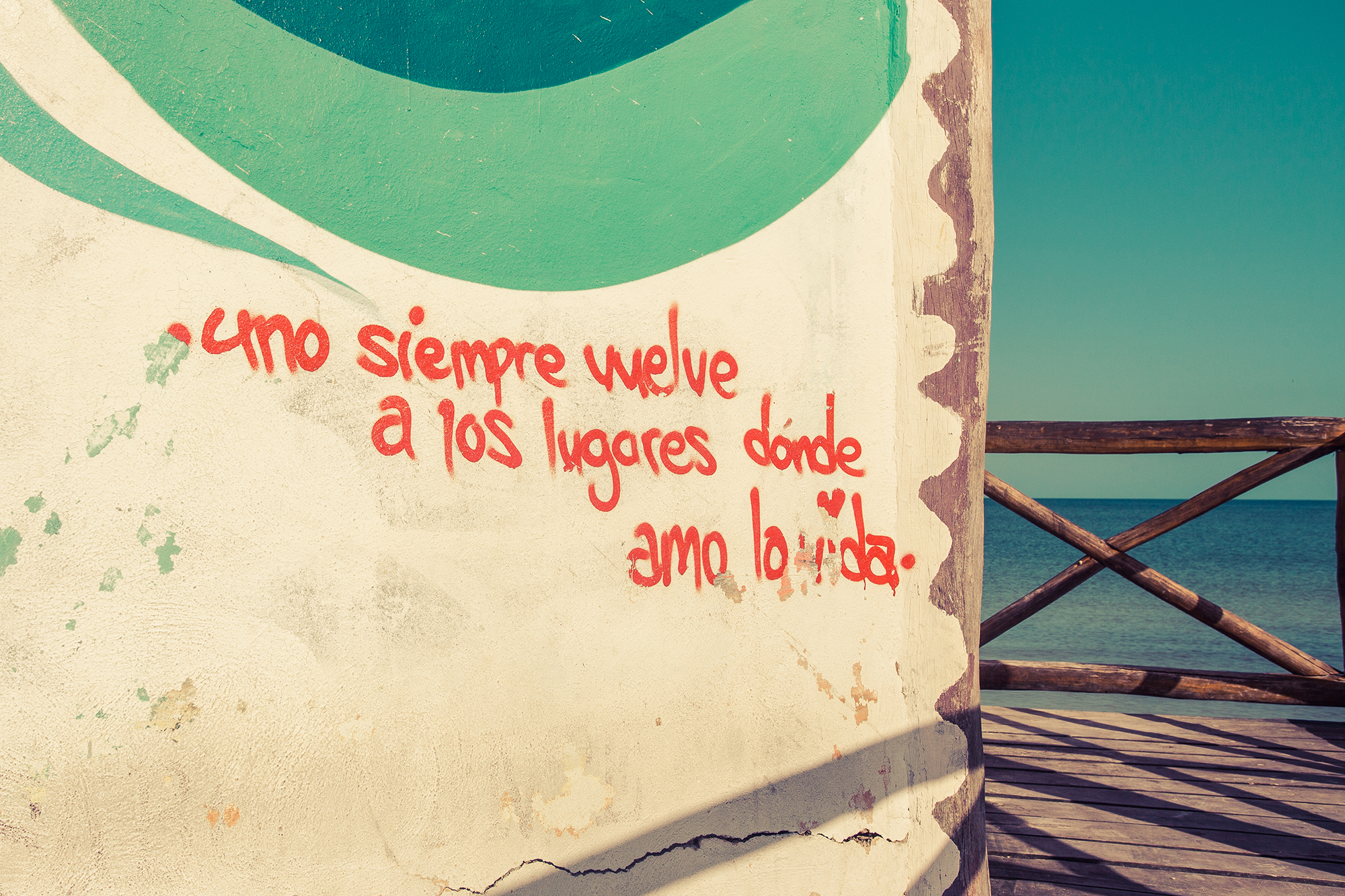 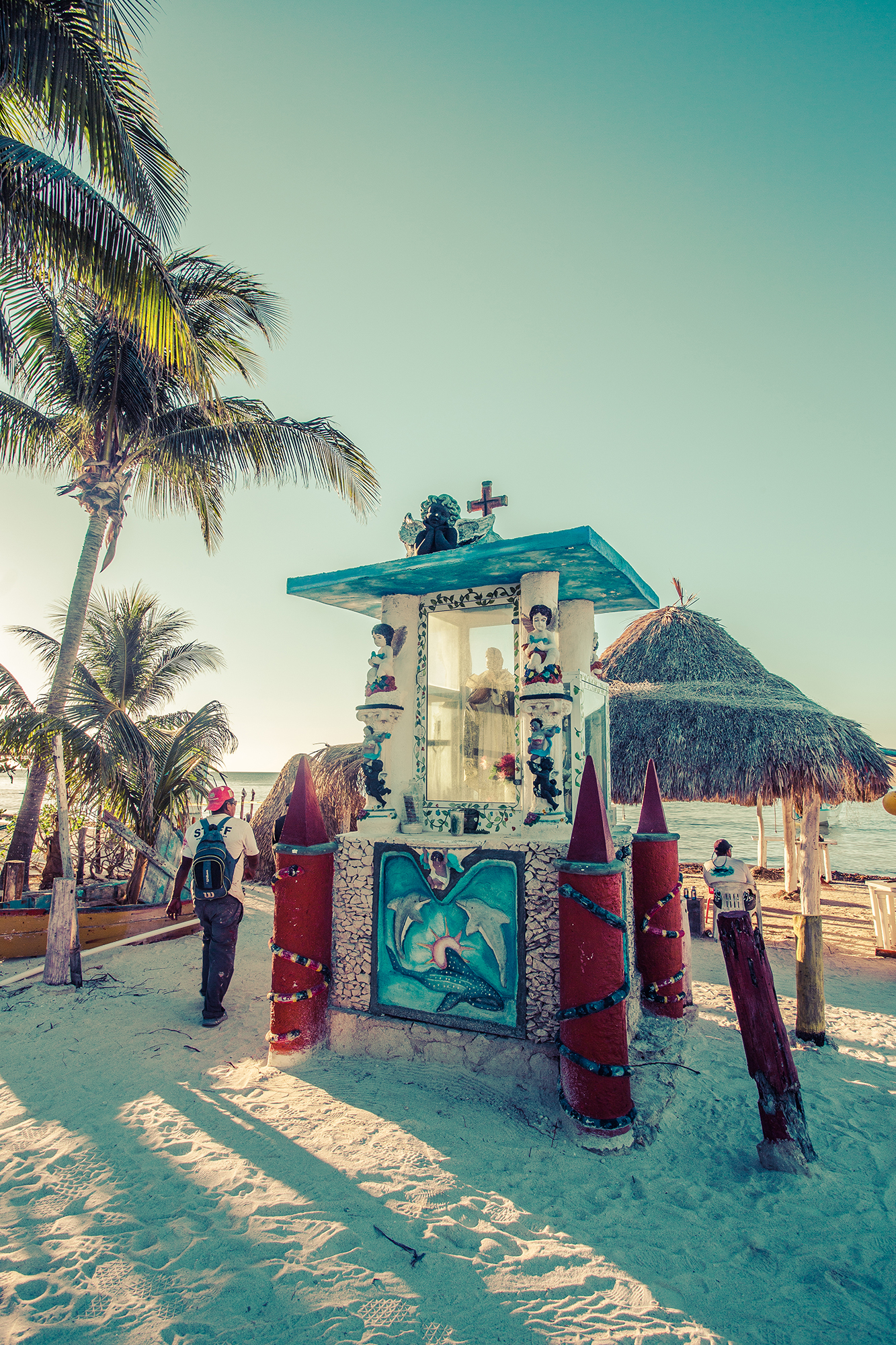 Watch out for “Servicio” on your check!

On Holbox I once again had to deal with this annoying little scam. The first time they tried to scam me was in a restaurant in Sayulita, and now here. I hadn’t experienced this in the whole of Yucatán, where there are even more tourists, and one would think that would’ve been a perfect place for this scam.

In Sayulita I walked away without paying any tips/Servicio, because I was so pissed off. Now, some of you might think I was being silly and this is nothing, but yes, this is something. Normalising it is a big deal.

You decide how much Servicio to leave, even if it’s custom to leave at least 10%.

In Mexico it is illegal to add a Servicio on the check!

BUT I don’t fracking tip when they try to scam me! That’s where I draw the line!

Now this annoyance happened again, and unfortunately in such a nice place like the Restaurant Colibri, such a nice colourful restaurant, which I really fell for. The menu was nice, decor lovely, the staff was – in spite of it all – friendly, and the freshly squeezed juice incredible. I really liked this place! 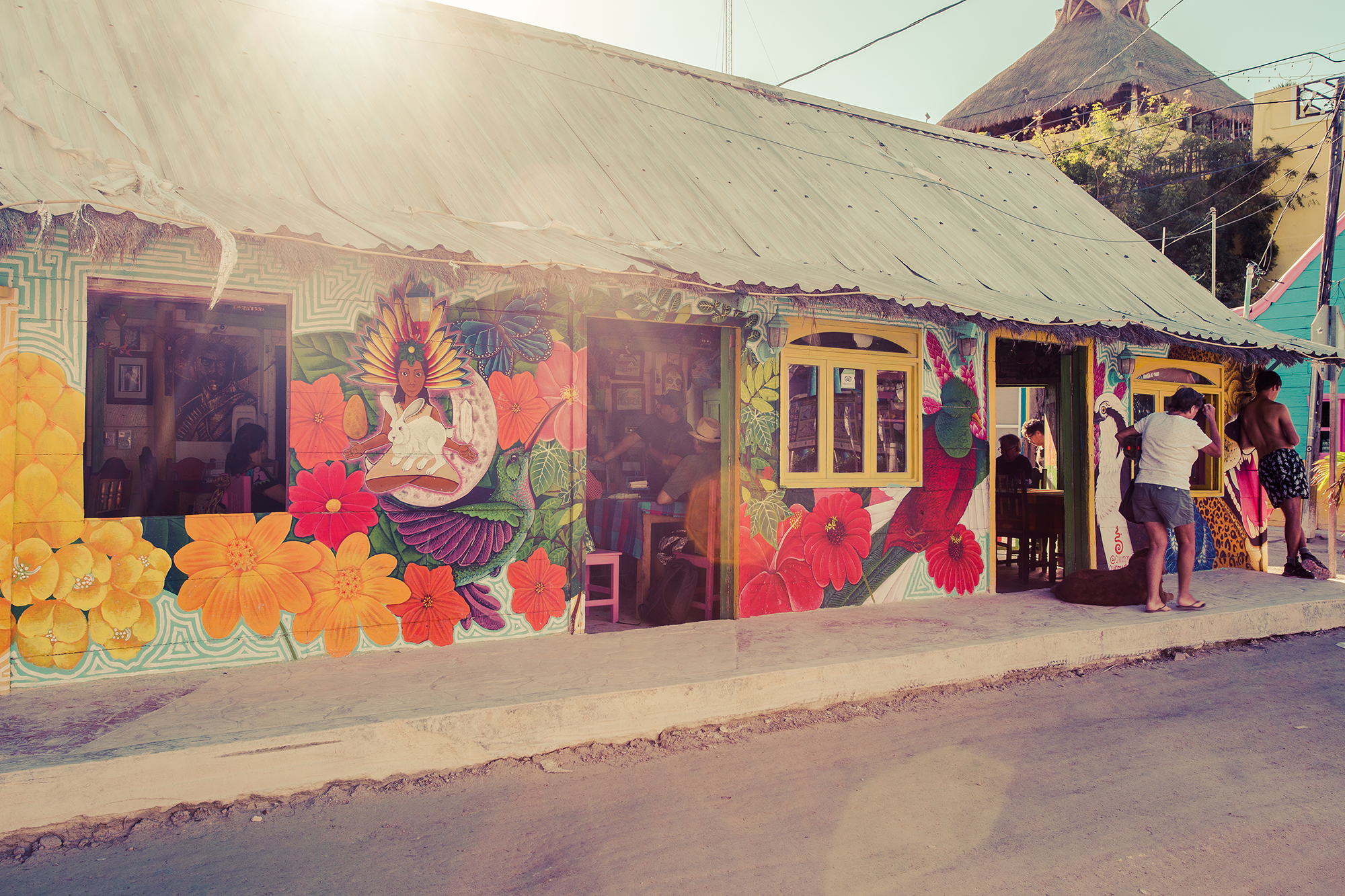 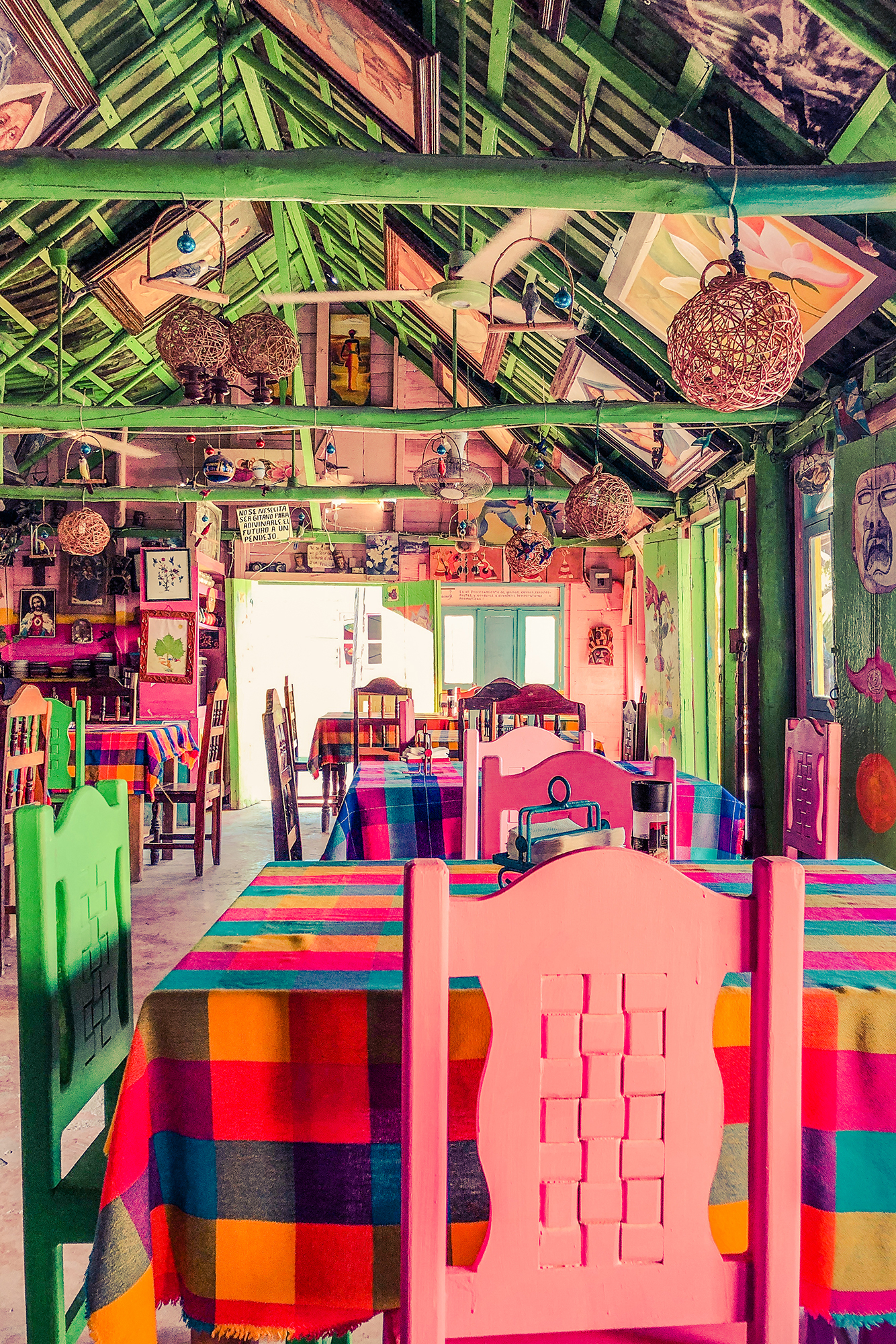 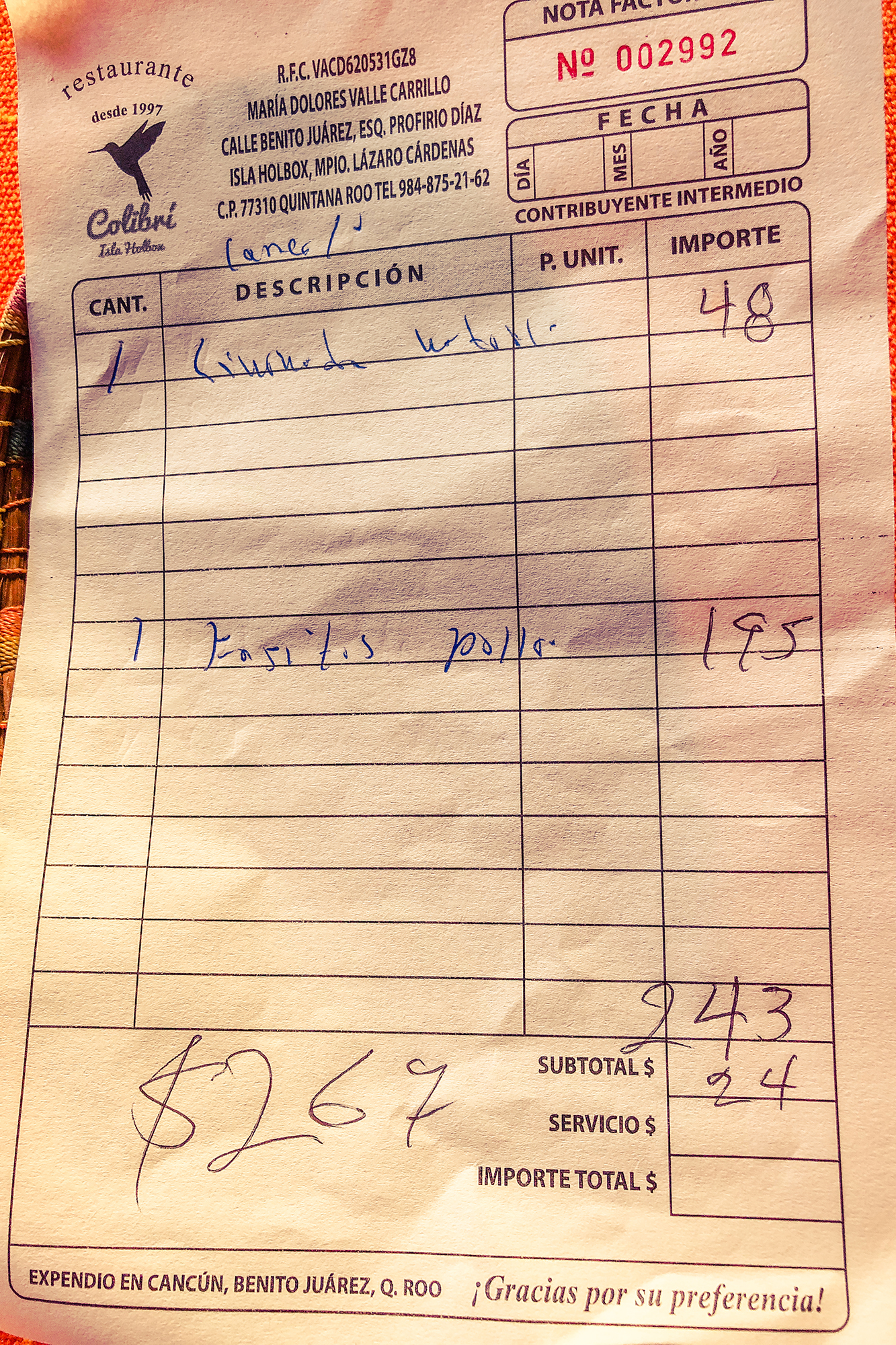 I was sitting there just enjoying living life!

And then they served me this crap! A check with Servicio – 24 pesos! About 10%. When I asked him in Spanish what this was the waiter shrugged his shoulders: “Servicio”. When I told him he couldn’t put it on the check he told me: “We always do this in Mexico”. “Oh no you don’t. I’ve been in Mexico for months now and this just doesn’t happen! It’s illegal!” His answer to this pissed me off even more:

What in the fracking hell had that got to do with anything? If I came straight from home – had it been ok to try and scam me? If I had looked at this check, believing I should pay them this sum AND another 10% for tips, then they’ll receive 20%! Is that ok? Just because I’m a tourist coming straight from home?

Now I’d been in the country for a while, and he apologises… seriously…?

They tried to scam me in another little shack down the road, too. I thought this was a shack, since it looked like a cheap street food restaurant á la Mexico – half-broken plastic chairs in random colours, on the street as the outdoor seating. But seeing their prices you straight away knew it was shack restaurant á la touristico.

When I paid my check he gave me my change back. But it wasn’t correct. I called him back to tell him he had given me the wrong amount, but without even listening to me he immediately ran to get me the right change. Without asking me what was wrong, or what was missing. He didn’t even look at the check. This made me think he had given me the wrong change on purpose, just to see if he could get away with it. Like a typical scam to get some more money!

No, I did not return there either!

Some days it was stormy and rainy as hell. I love rain, but taking photos in the pouring rain – not so much. It’s nice to lay on the balcony listening to the rain on the roof/window. Wonderful. Rain gives me a sense of peace, which I don’t get from sun at all. Storm on the other hand – that is some fun photography weather! Even though there were plenty of clouds and the waves were really rough the sky was still oddly blue…

Wonderful to experience different types of weather around the world… 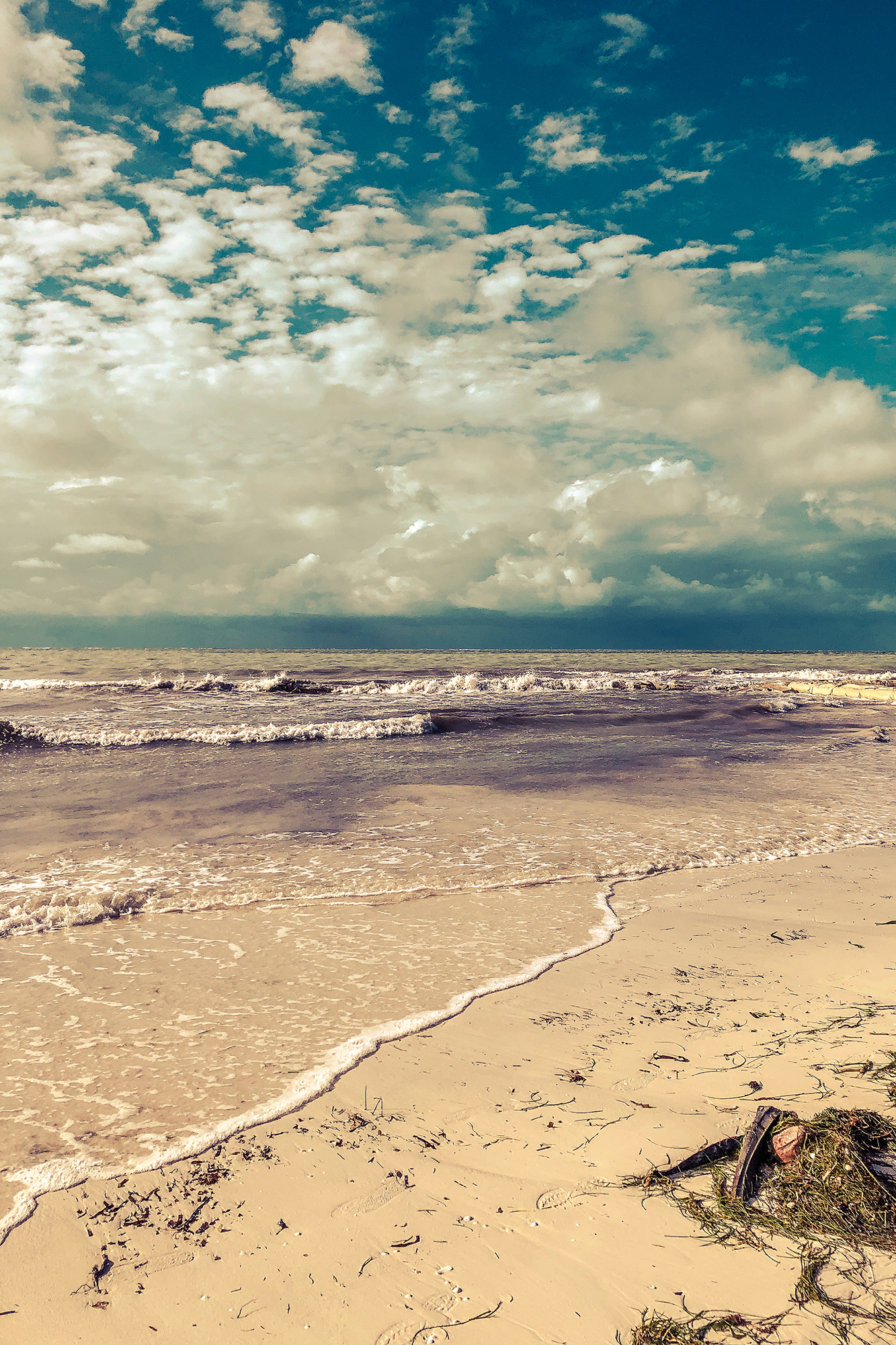 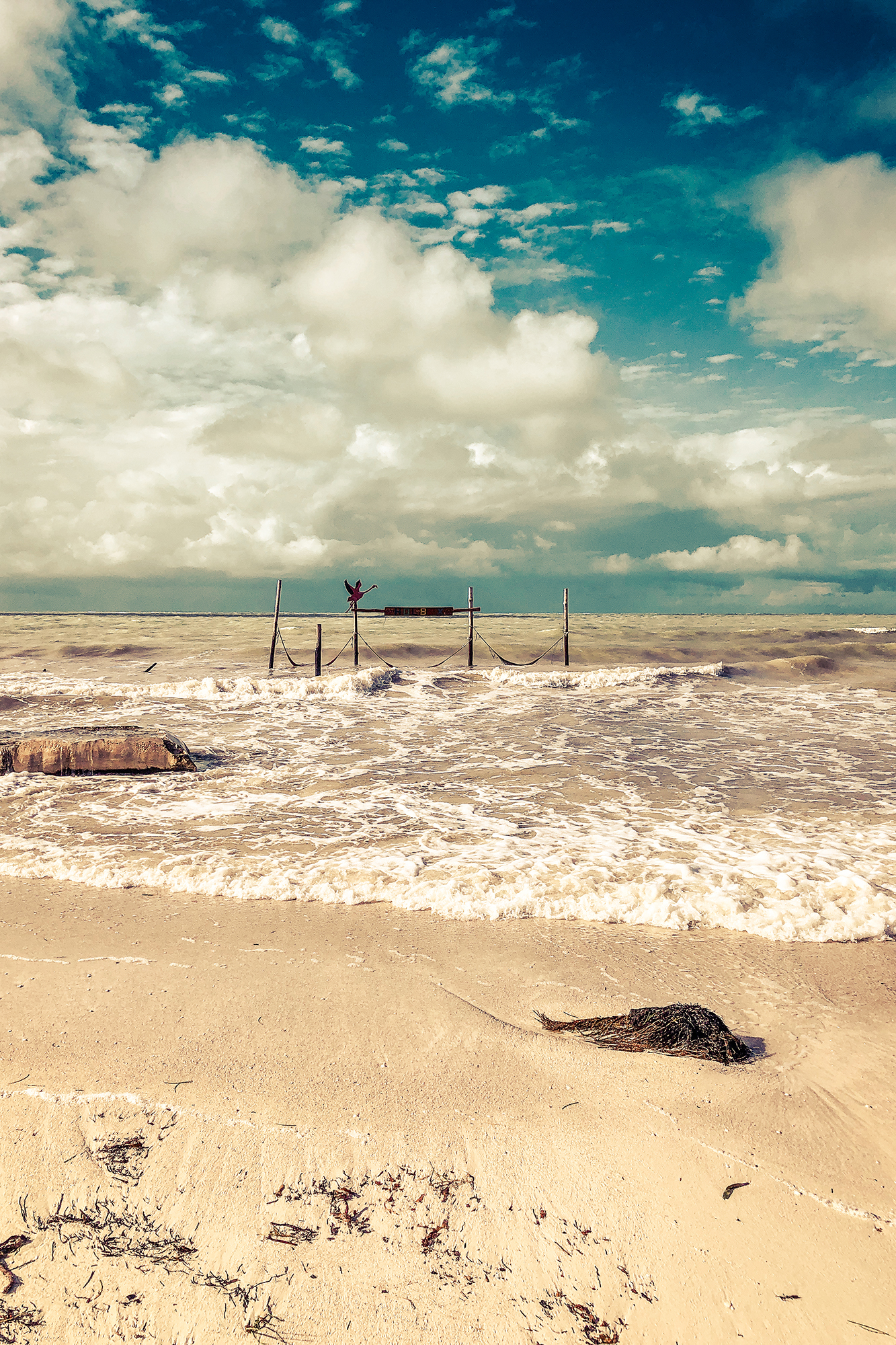 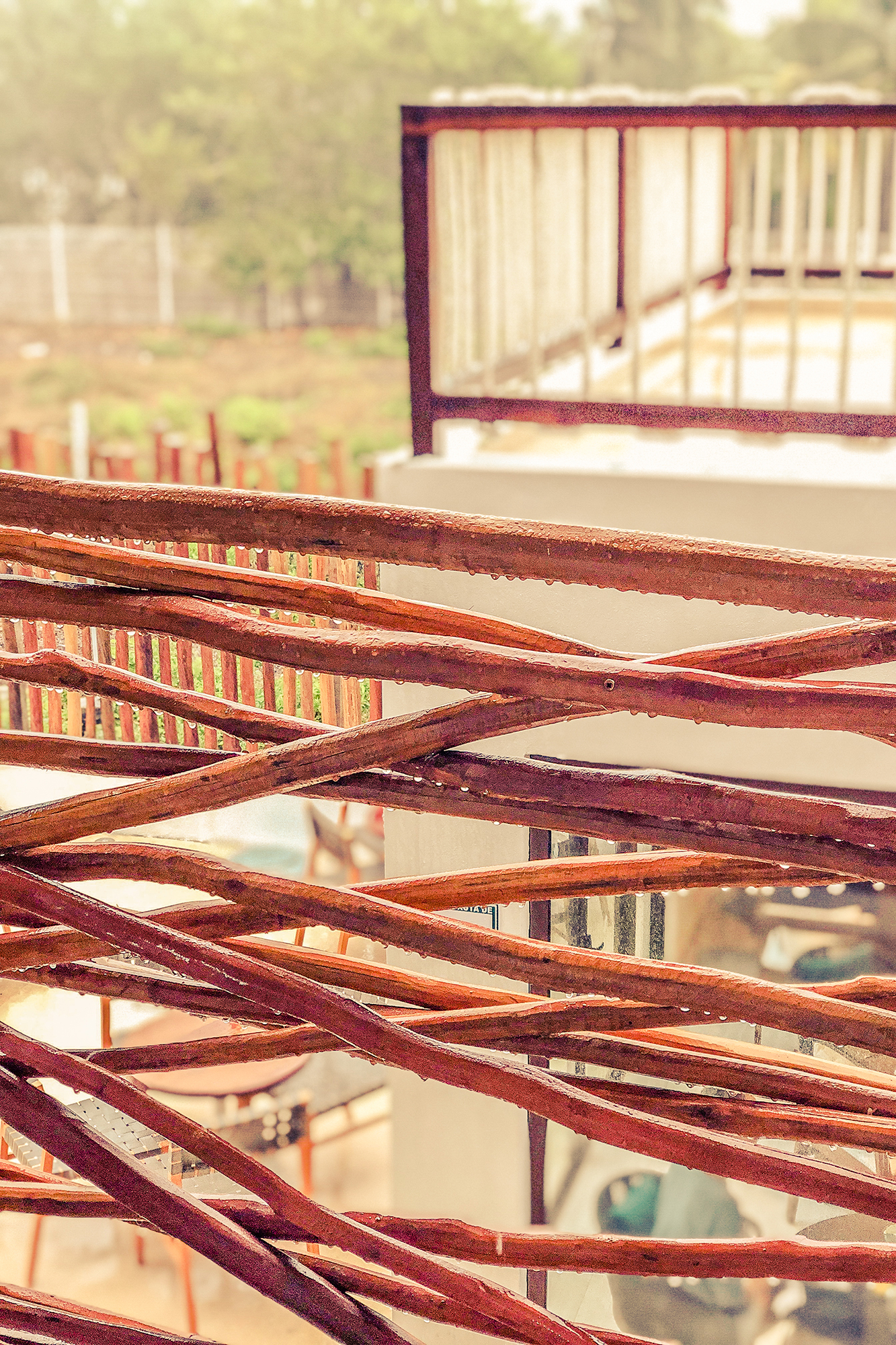 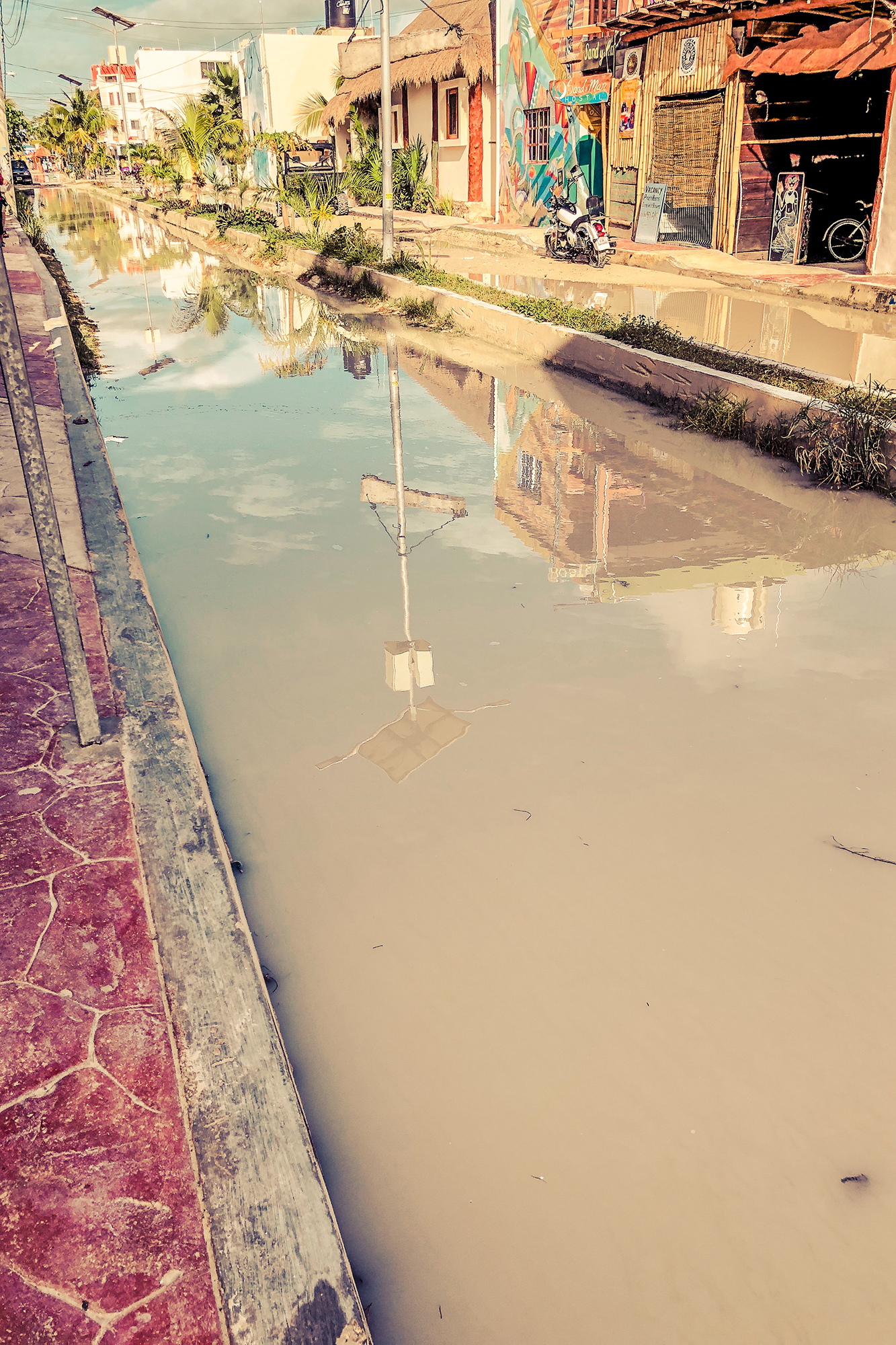 The animal situation? What about the animals on Isla Holbox?

Oh, yes, there were creatures to fall in love with here too. Is there such a place where they don’t run around making everything better, I ponder? 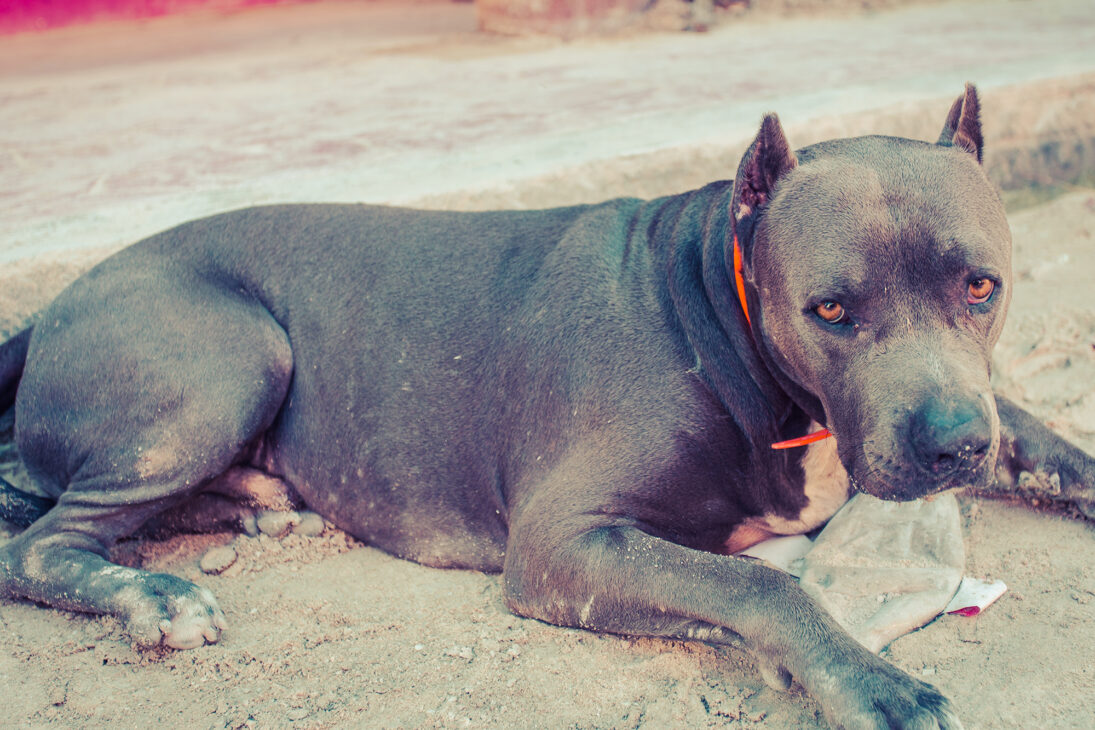 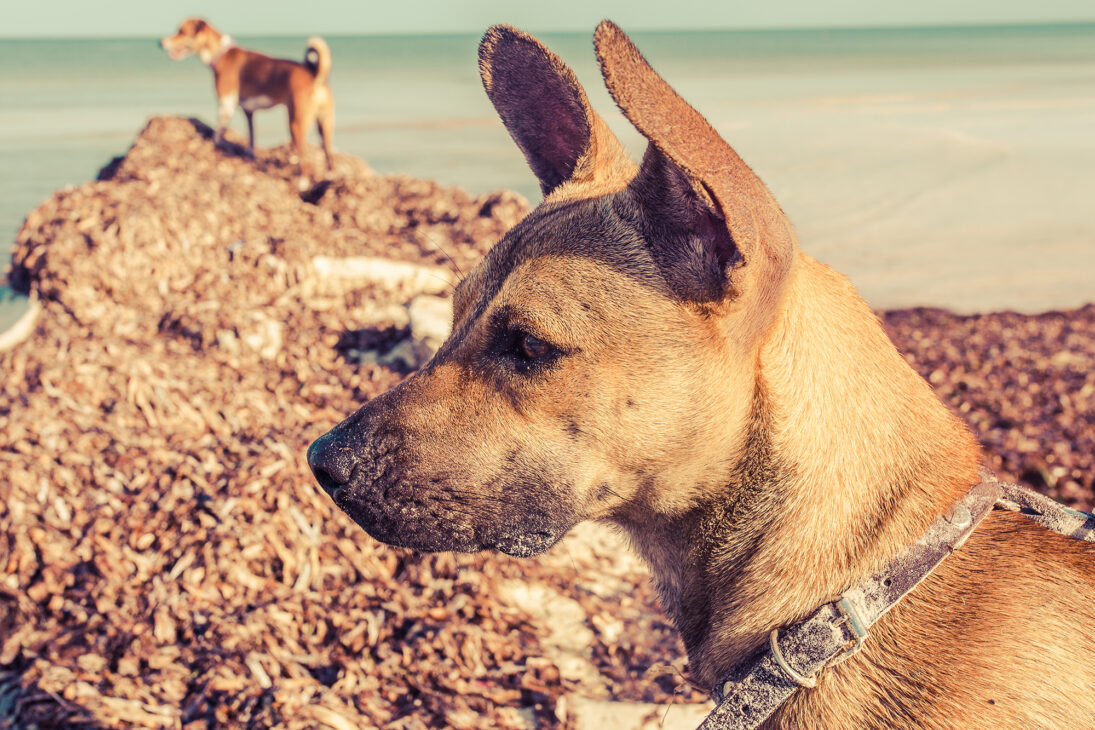 One day I was out and about, and I met a cute little cat. When I bowed down to say hello he jumped up on my shoulders, thinking this was the best place in the world. He would stay there for the rest of his life! You can just fall in love for less… 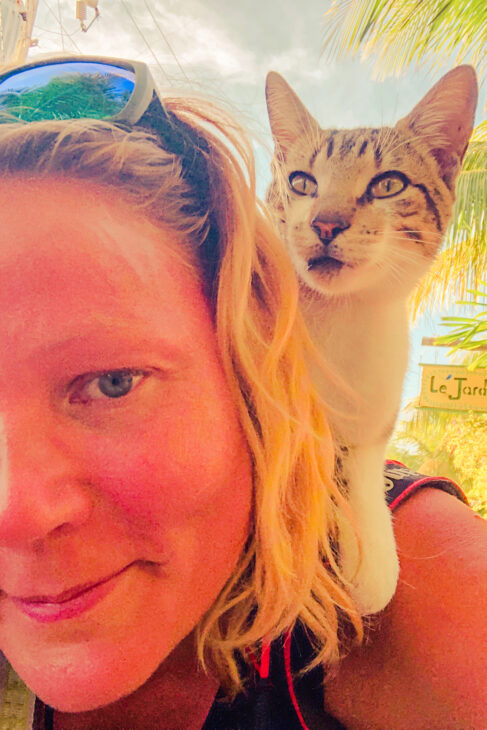 On Isla Holbox there were also birds on the beach… Some were pelicans, others pigeons – this is as far as my knowledge goes. More or less. There were others, odd ones (odd for me anyway) – like the one on the first image for example. Someone who has any idea about the type please take the chance of getting awarded with the honour of teaching me something new!

There were also these long tall thin white birds you often see sitting on other mammals. I don’t know their names either… Well, it was nice to see other animals than iguanas… 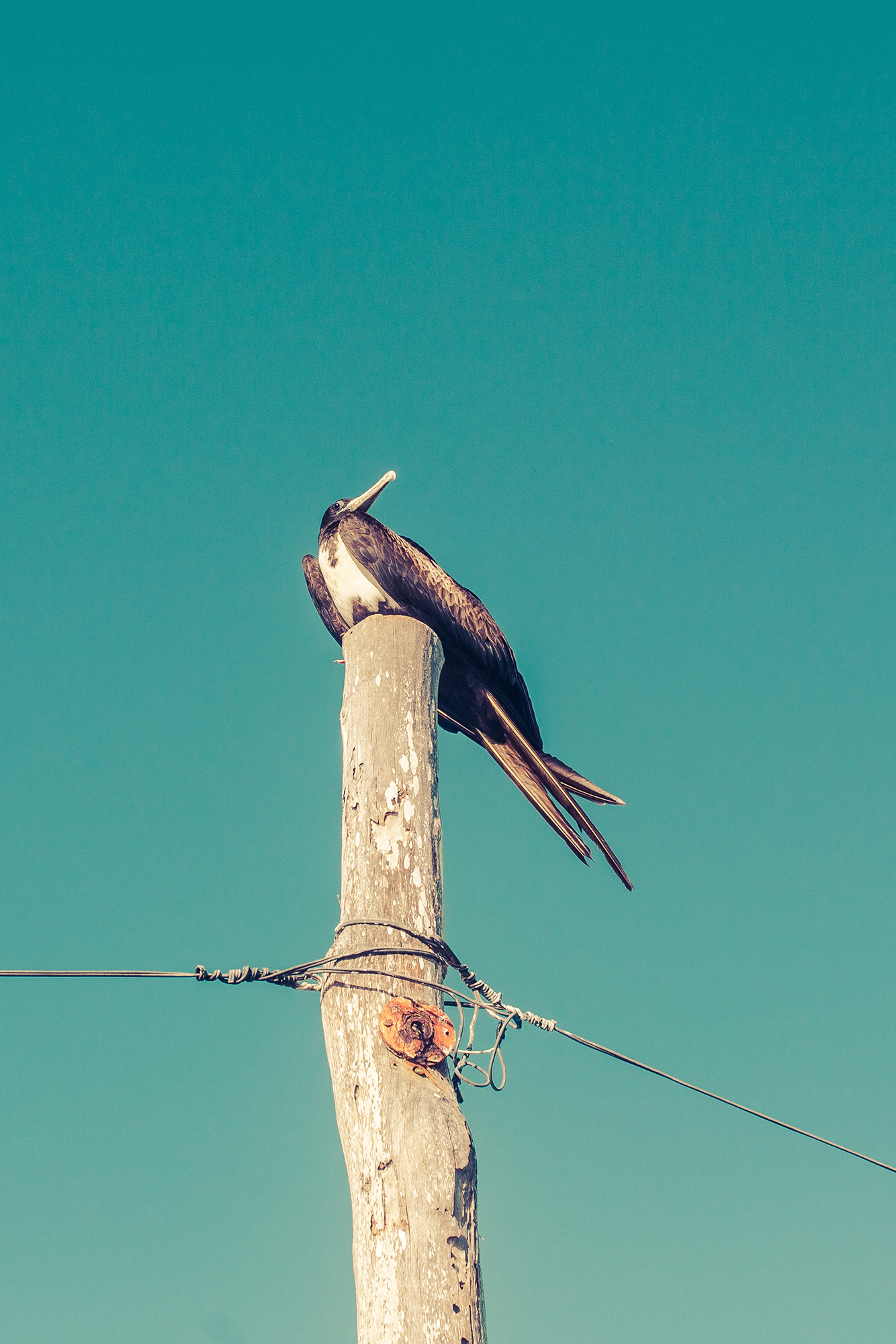 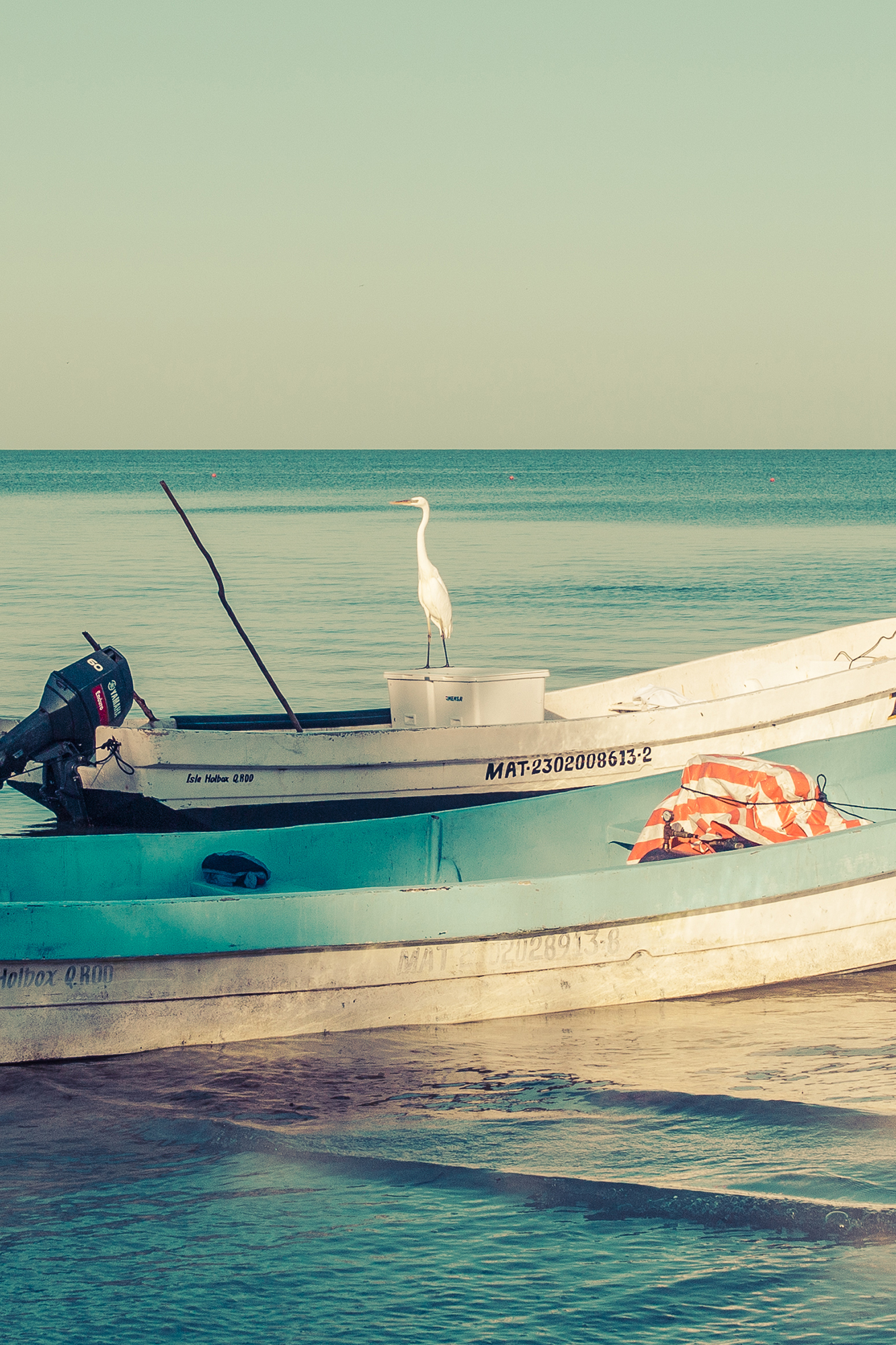 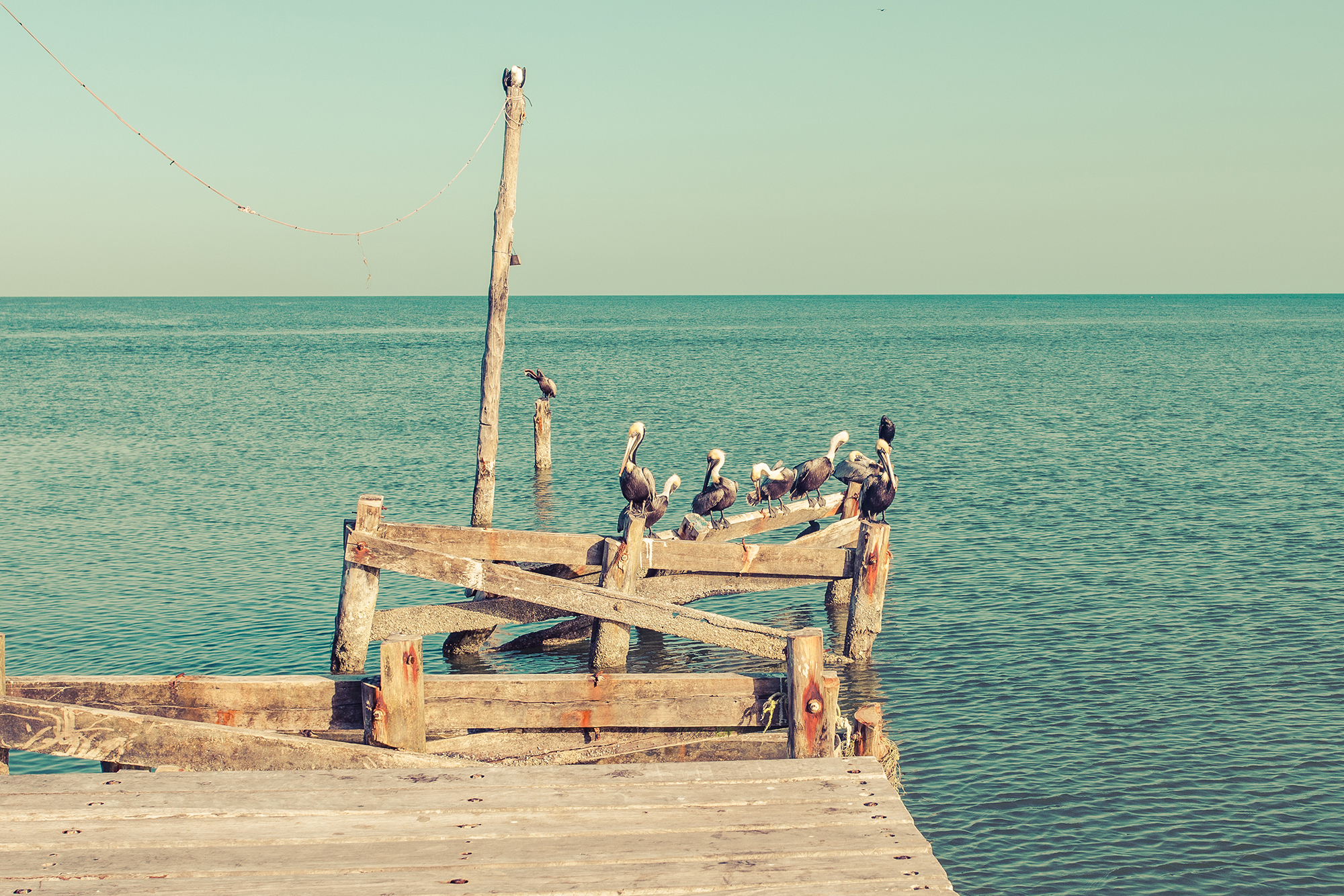 Isla Holbox was a perfect ending (or well, the final days I spent on Hard Rock Hotel in Cancún) for me on a journey in a beautiful country, where I in spite of it all, didn’t appreciate anything at all. Because of my mood I might as well be shut in a closet back home. It was that bad. At the same time, I think my stay in Mexico actually helped me keep my head and mental state afloat; if I had stayed at home I’d probably go even further down the black hole. All for a workplace where I wasn’t even wanted…

Sometimes you need to ponder where you put your focus in life!

Have you been to Isla Holbox? What’s your opinion? Please leave a comment!