1/14
tulum matcha mama
Back to story

6/14
tulum town street after rain
Back to story

8/14
tulum town dump in street
Back to story

I had been looking forward to Tulum so much, and before I left I spent hours on Pinterest searching for images. Tulum reminded me of a lost Thailand, a place I missed with all of my soul. That freedom when you could walk around barefoot on HaadRin without cutting your feet wide open on all the broken glass, or scratch them on the asphalt.

I miss “my” HaadRin, back in the day when there was no asphalt on my favourite beach. Ever since 2009, when I discovered my HaadRin was gone, I have been searching for another place, a magical place to fill this emptiness and longing.

Since I had made my booking in Tulum pretty late, and I had decided to stay over both Christmas and New Year’s (=peak season), I had to take what was left. Very few accommodations which I could afford.

Tulum is an insanely popular destination for both international tourists as well as local. It’s one of all these magical villages in Mexico, and that is not something you get to call yourself just like that. There are actually quite a few criteria you need to fullfill in order to be called just “Pueblo mágico”.

My room was of course insanely expensive – I paid over 2,000 dollars for 1 month in town!

Staying on the beach was what I really wanted, but I couldn’t find anything below 3,000 dollars and I felt that was overdoing it! 2,000 was well over my budget, but it was after all Christmas and New Year’s, and well… take it or leave it. I comforted myself with “at least I have a kitchenette, so I can eat cheaply”.

However, the price bothered me at times, but I tried to drown my bad feelings with a daily mantra which I of course stole from a famous commercial –

Because I’m worth it

When I arrived in Tulum the butterflies in my stomach just died.

As soon as I arrived in Tulum I felt out of place. The people here are the cool gang: the hip, boho-chic people and most of them are half my age. Those who are actually my age (maybe one or two) are so hip and rightly dressed (or undressed?) they fit in!

Me however… not so much!

I often wear a ball cap when it’s sunny outside, and have been hunting for a hat since I arrived in Mexico. Hats are so Insta-popular, as you’ve probably have seen already. What I wanted was however a hat that was ME and not some random straw hat, or feodora, or whatever, that everyone seems to happily want to wear. It looked so fancy and cool on the pictures! Much nicer than a ball cap for an old lady of 45+… And it seemed practical as well – against the sun!

I like hats, obviously, since I wanted one! But wearing one makes me feel everything but cool, which is how I feel other women look. Cool. Me? I just feel unnatural and ridiculous…

Whatever, after searching in several shops in Tulum I’d been forced to realise I would probably not find one to fit me. But all of a sudden – it’s there!

There it was – and it had my name on it!

It was in that expensive shop “Wayan”, which I didn’t really like, because they are expensive, and they sell Indonesian stuff… Hello?! I’m in Mexico! But no matter how much I disliked the shop and its concept, it was still hanging there – a neon green hat! That it was calling me was undeniable… 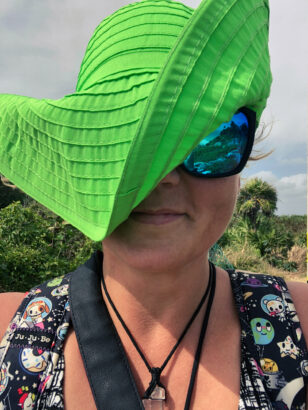 Here I was with my Tokidoki stuff, a neon green hat and other loud colours…

With this hat on I was even more an outcast. My clothes were happy ’80s style, not boho-chic! Everything’s of course about how much you vibe with a place, but Tulum’s vibes were not in frequence with mine – at all. My tribe wasn’t in Tulum. No matter how much I tried or wanted it, I felt as if someone had just thrown me into a shallow tub… of goo… and the goo wasn’t green at all… 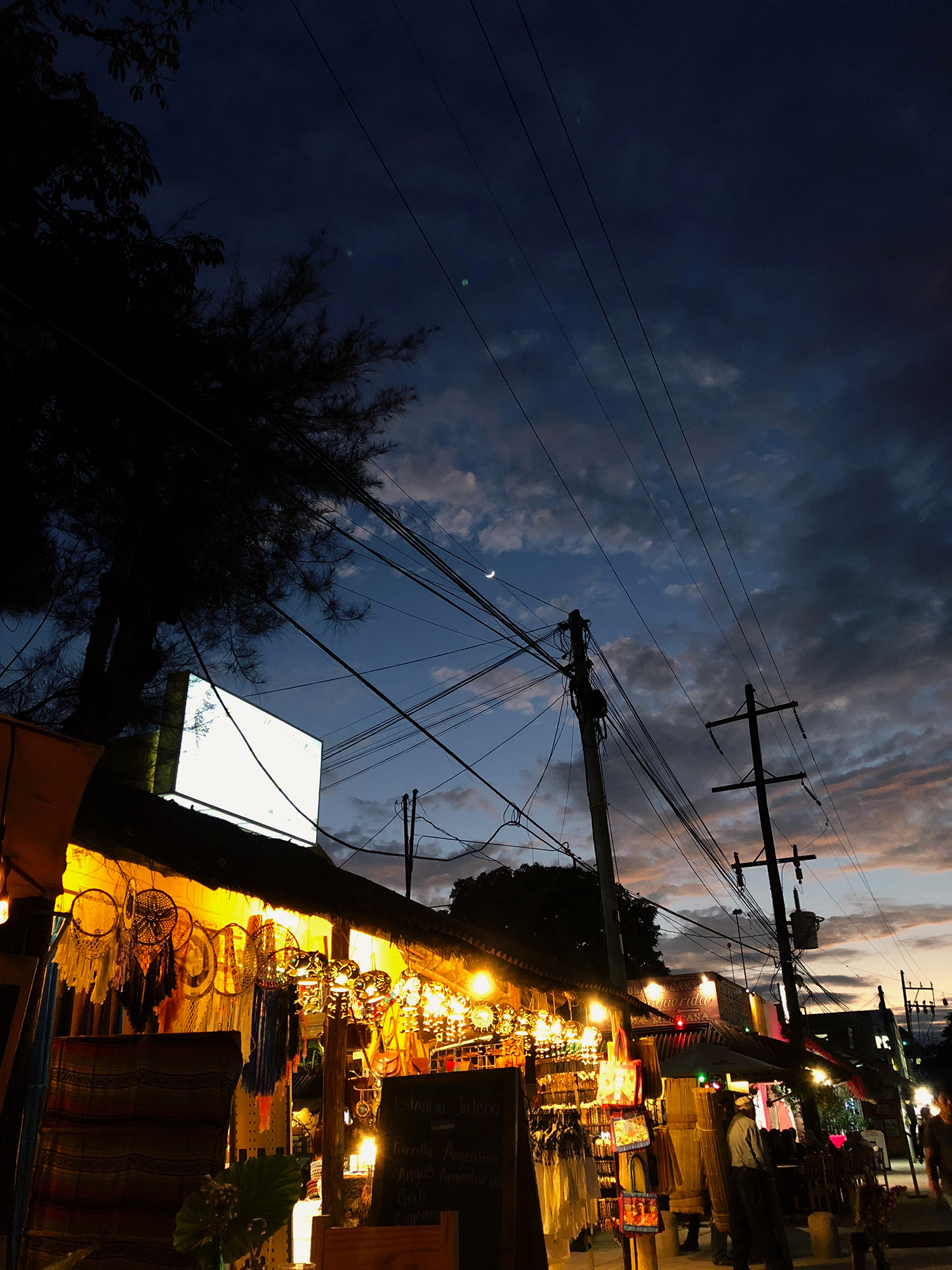 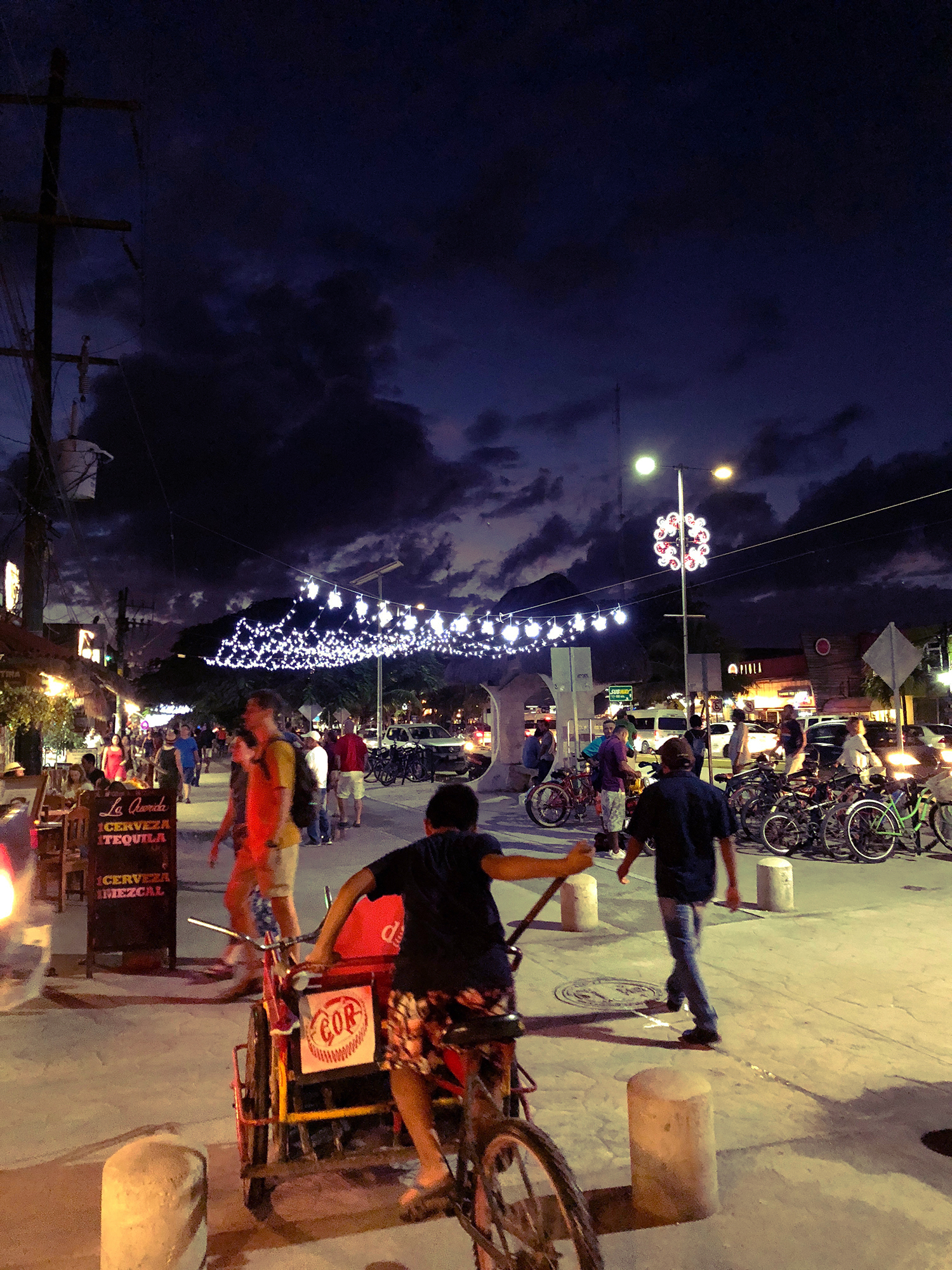 Tulum is big, including both the beach and the village/town. Regardless of where you’re staying you would want to easily reach the beach because this is where the magic happens. The beach is long stretched – about 20 km long – and it’s all spread across this long stretch, so even if you want to stay here you would want something to take you quick and easily anywhere. You need a bicycle…

You want a bike in Tulum, plain and simple.

So, I tried to rent one! And listen to this madness! More than 100 dollars for renting a bike for 3 weeks! The week before I had been around asking about the rent for 1 month and had gotten a slightly cheaper price, but still closer to 100.

Stupid and cheap – yep – I didn’t take this offer, because I was living in the fantasy land I would find something cheaper! Well, yes, of course?! In Tulum! Now no one wanted to admit they had actually given me a cheaper price before, so I could just forget about negotiating. This is by the way nothing they really do in Tulum, where the tourists just simply pour their money out in an endless stream that doesn’t seem to fade. No consequential thoughts whatsoever.

So the locals are nicely, but firmly, saying no to bartering. 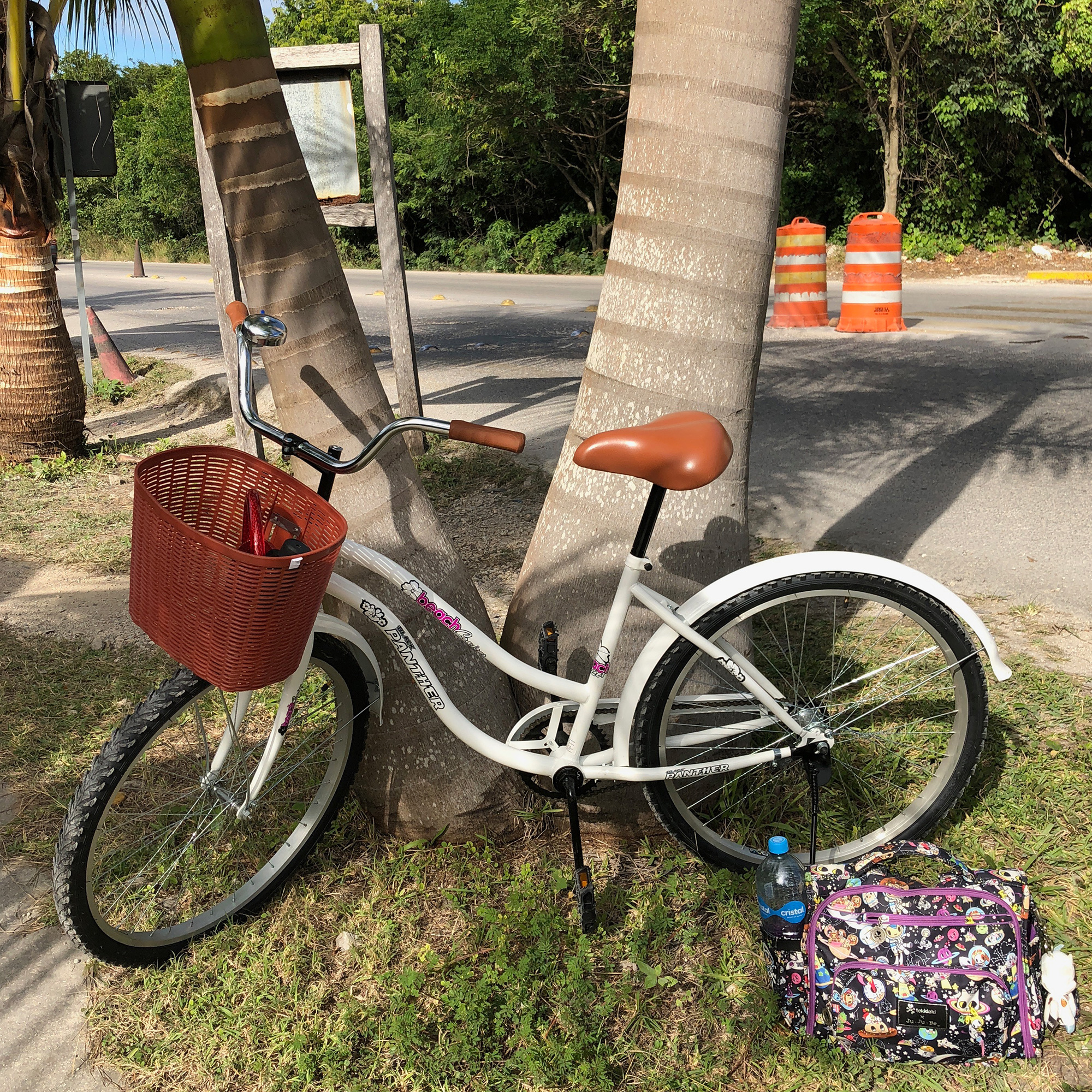 So, yeah, I got vex and bought my own Mexican bike! Deep inside I was ashamed of course, since I was so obviously going against this environmental trend, which is extreme in Tulum. That thing with not leaving as much of a carbon foot print and all… which actually is a great thing…

They just pissed me off so I couldn’t help myself. Hey, capitalist! The rental prices are truly ridiculous!

How is it even possible that it’s cheaper to buy a completely new bike than renting one for 3 weeks??

When I was in China back in 2017 I rented a bike for 3 months for less than a third of the price they wanted for 3 weeks! Absurd! Well, ok, China is cheaper, but still…

Anyway, the bike did end up doing good in the end when I left, since I gave it to one of the women cleaning at my hotel. So hopefully someone is still using it today. Now there is something good for my carbon foot print… right??

What about the restaurants? How was the food in the magical village of Tulum? 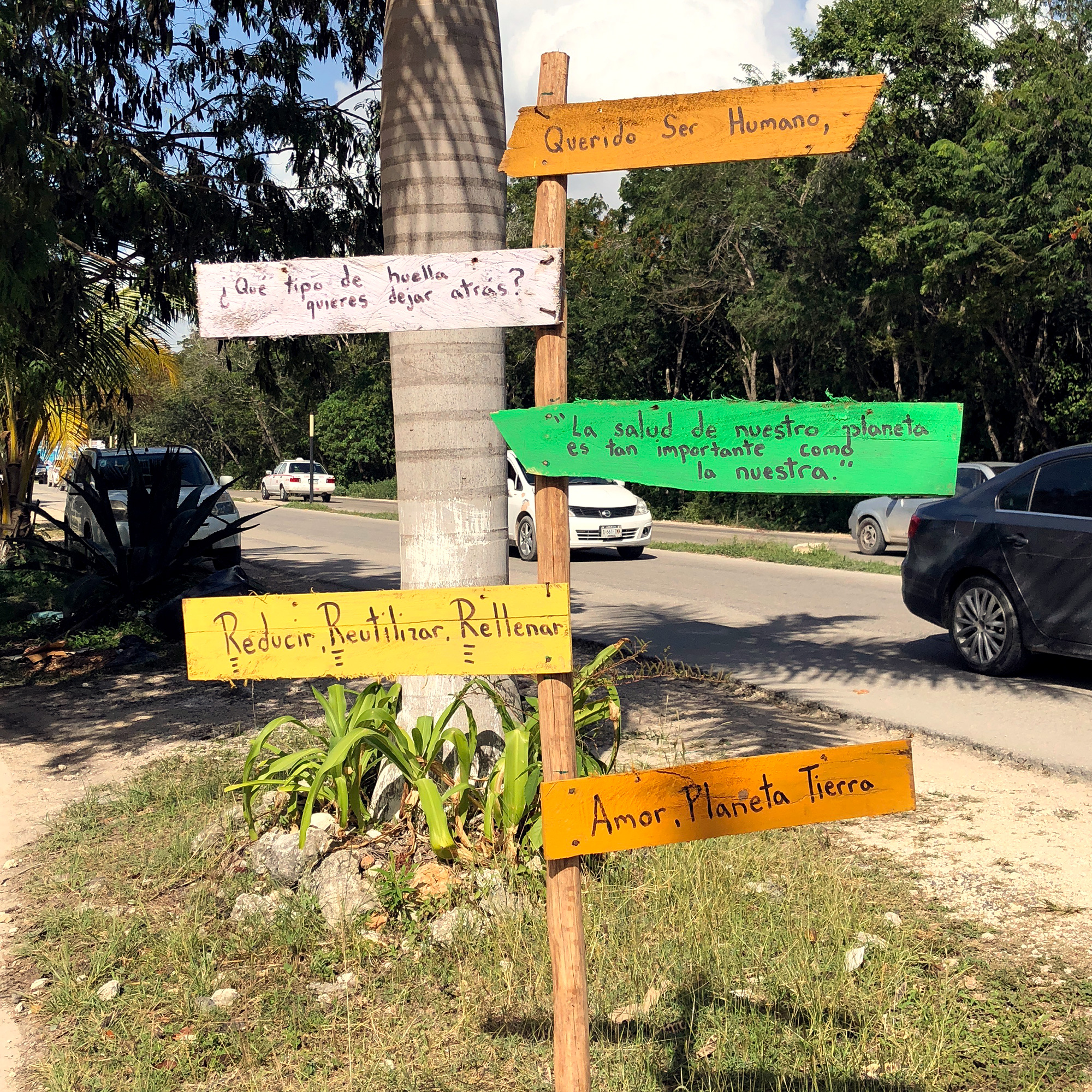 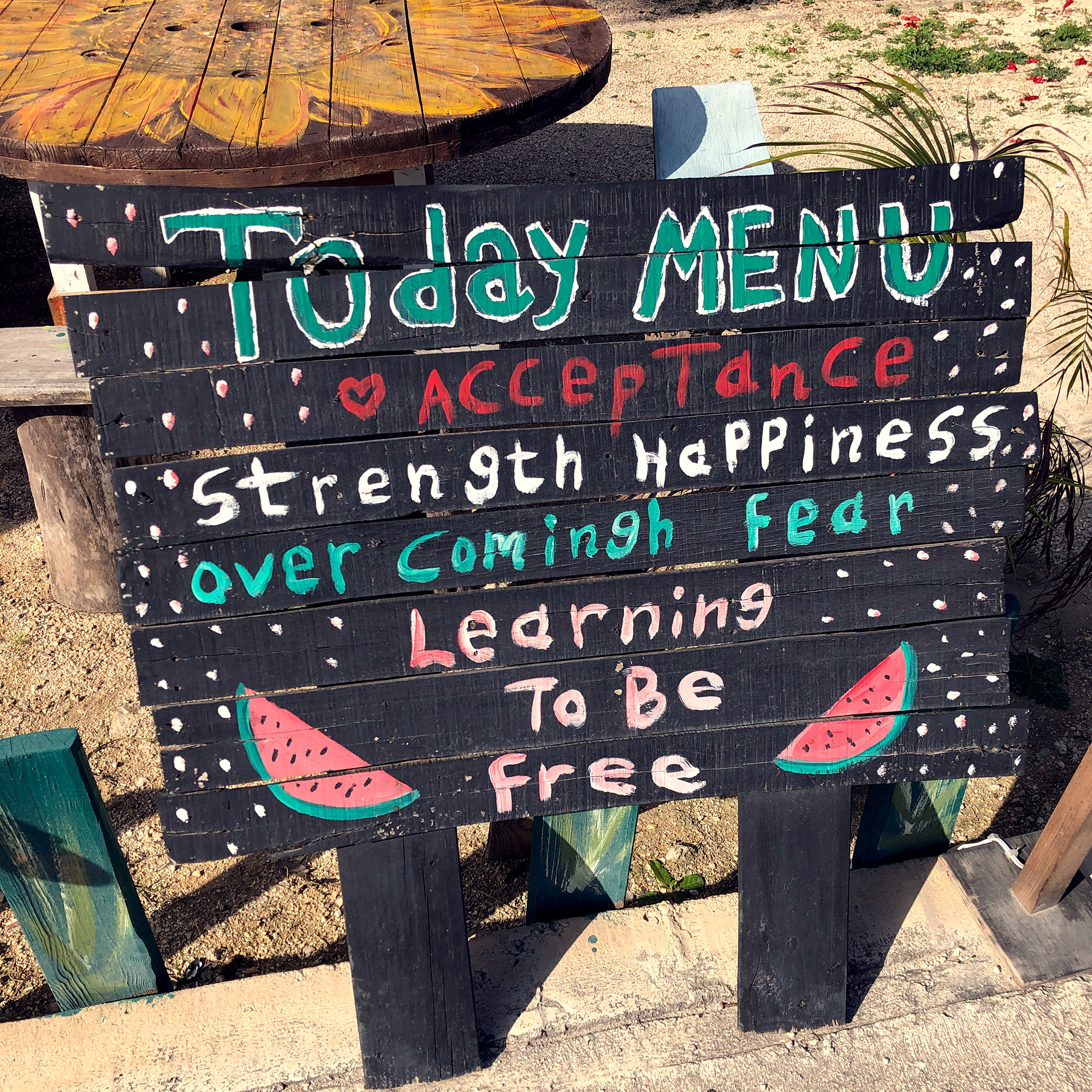 The food options in Tulum is nothing I want to complain about. You’ll find countless restaurants serving both unhealthy and healthy, meat and vegan, Mexican and internationl. Whatever you can imagine, you can find in Tulum. Basically.

In the beginning, I felt slightly down since I only managed to find those expensive restaurants where the check usually ended up without any problems or slight effort in a hefty sum of $200mxn. After about a week or so, walking all over the town, up and down, hither and thither, I eventually found the golden hidden gems – those with cheap and tasty local food!

These are the places you want, where the locals go, because you know these are the good places!

In Tulum there are plenty of restaurants only serving vegan and vegetarian alternatives, but most mainstream restaurants also have great options. Smoothies, juices and other health trends were huge.

The only thing I didn’t like with the restaurants was this hysteria with making a reservation. I don’t know if this is slightly Americanised or what is going on… As a Swede – sure we also need to make reservations for these really popular restaurants, and for special occasions. But well, I don’t know!

And sure, there’s nothing wrong with a little planning ahead, but it dampened the stay slightly. Am I on vacation I’d like to be impulsive! And didn’t it feel kind of lame making a reservation for 1…??

Answer: yes, for an introvert it did! 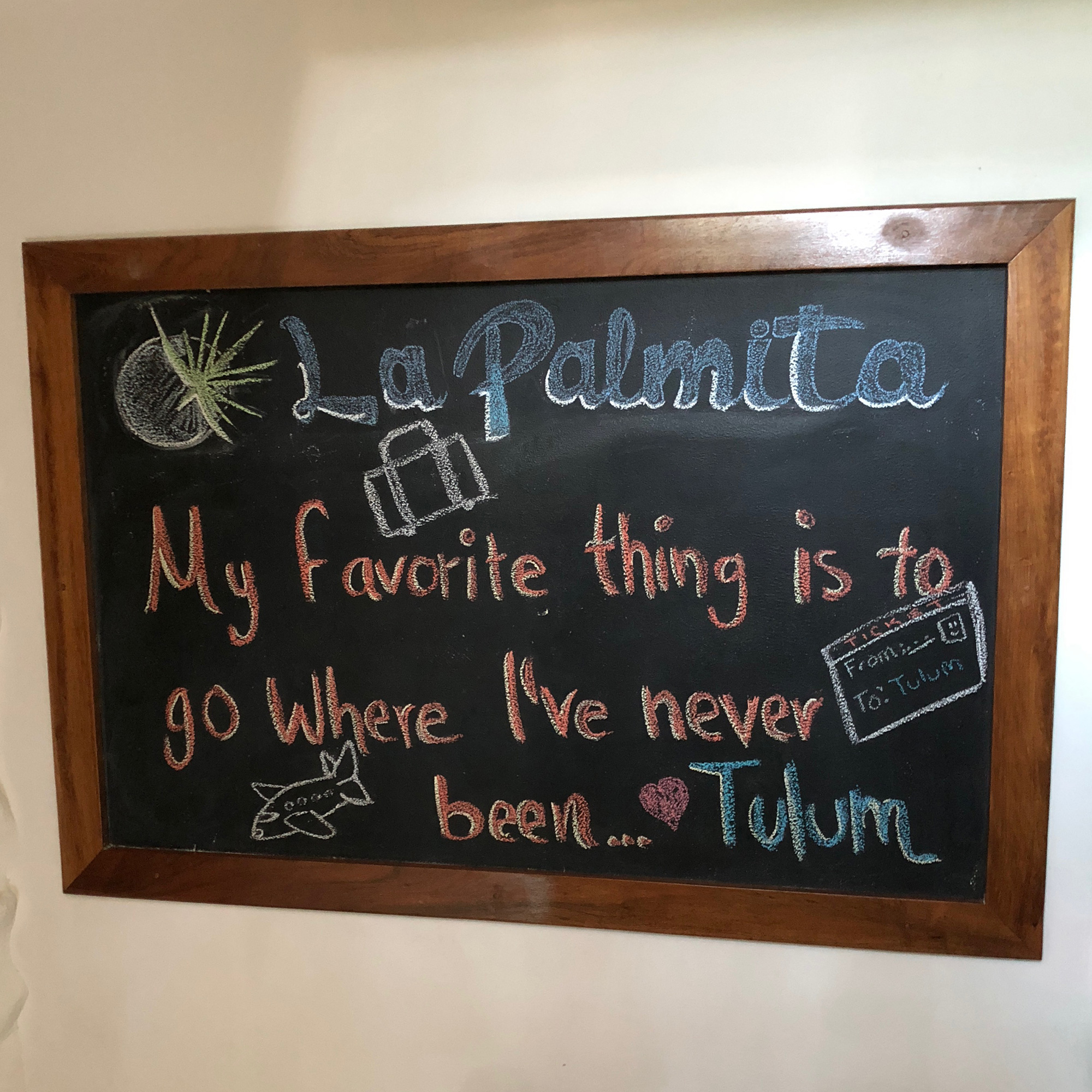 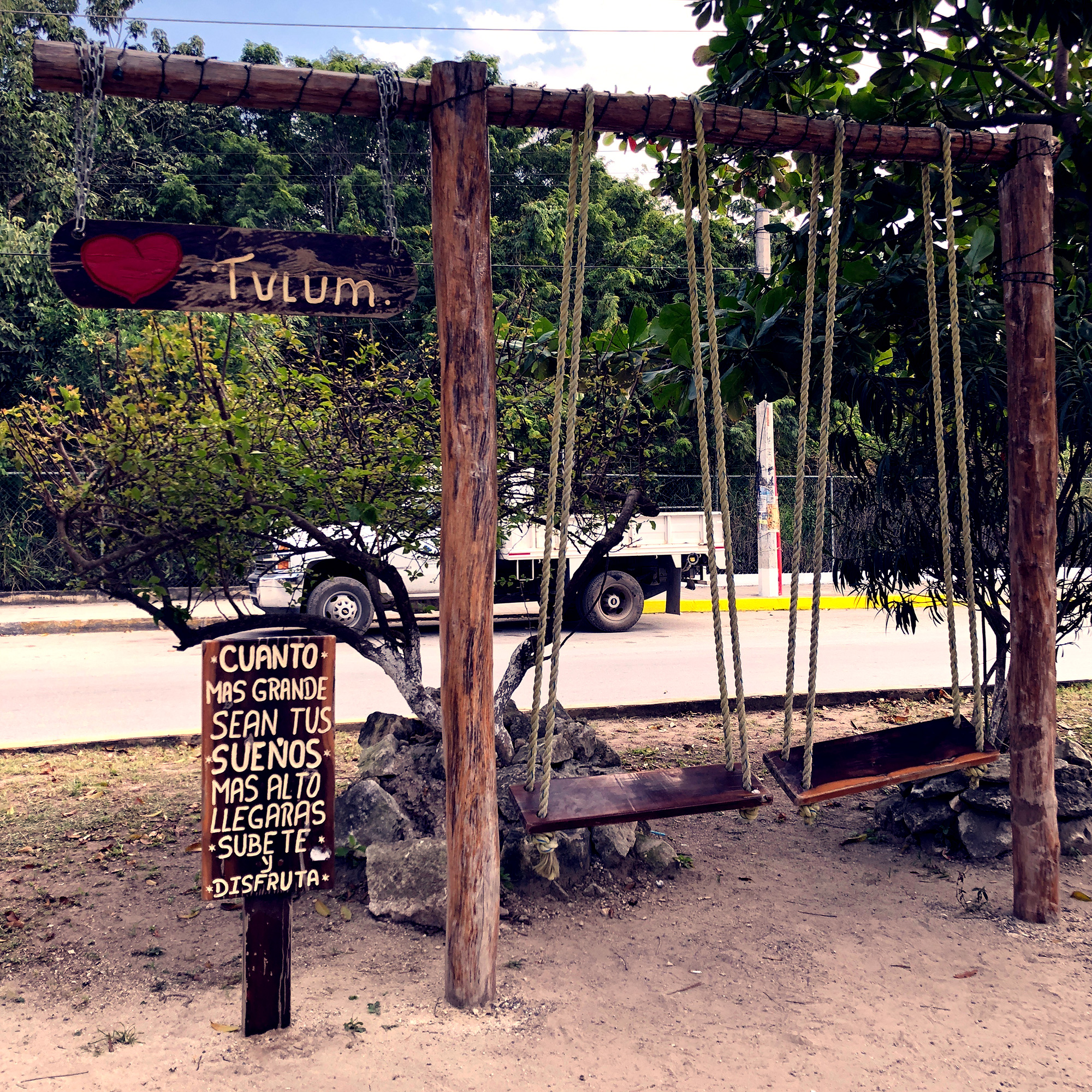 Tulum town is full of colourful houses and lots of graffiti, as so many other cities and villages in Mexico – something I enjoyed. Insanely beautiful.

But to sum it up, Tulum, and I know I’m going against the mainstream opinion here, but I did not fall in love when I finally met you. I wish I had met you a few years back, before it all, and when you still had the opportuniy of becoming something truly unique, and staying unique, which I’m sure was possible at one time… but today… no!

To me you’re just an empty shell without substance. I felt no magic, but only a blown up, expensive destination.

Tourists have totally ruined the magical village of Tulum. Really a tragedy!

Authentic? Not cliché? Not ruined? It felt as if we hadn’t visisted the same place…

A couple of days ago I read a blog post where the author described Tulum with love in her words… rambling on about how it’s not overrated and how authentic it is, and how it didn’t feel cliché or had been ruined by tourism! 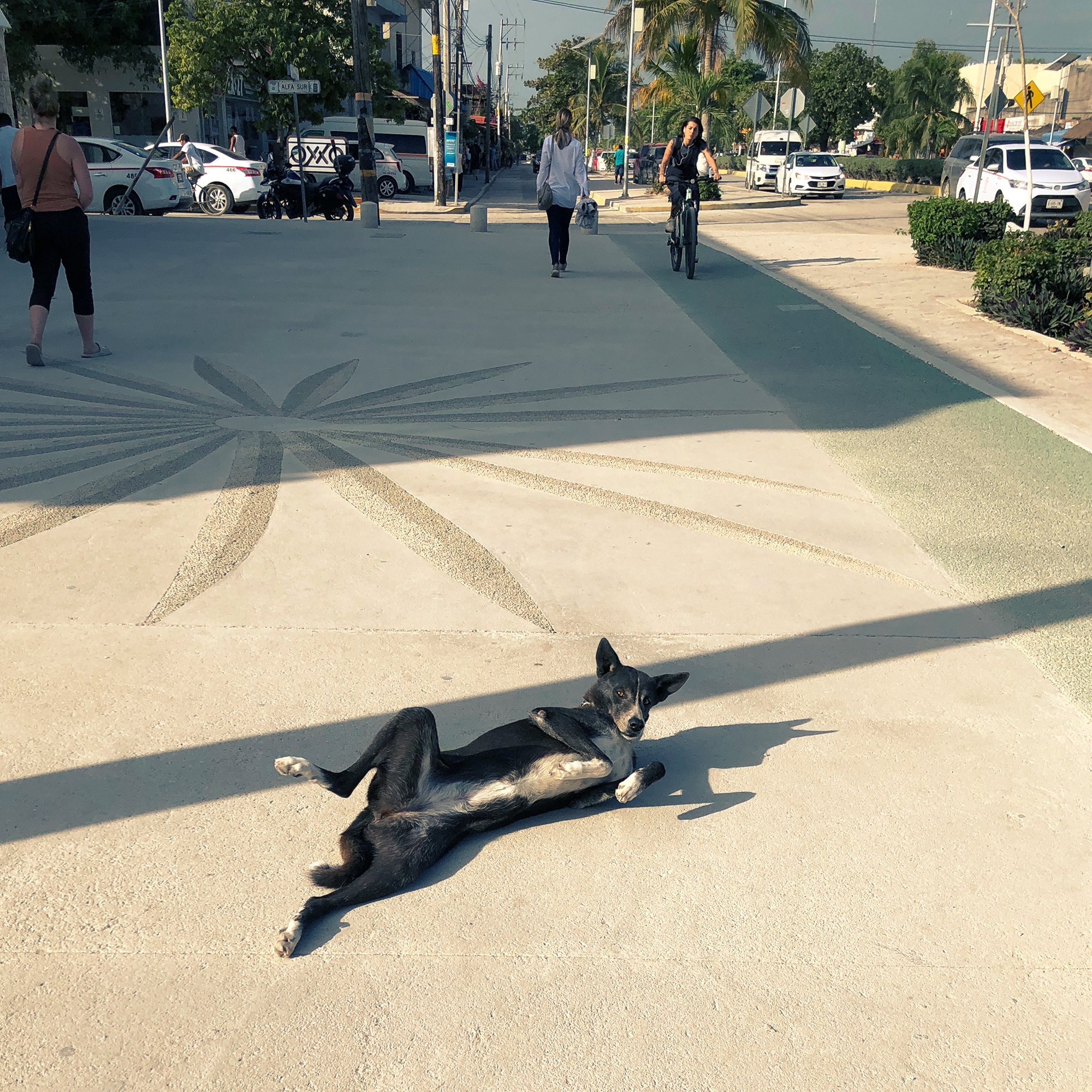 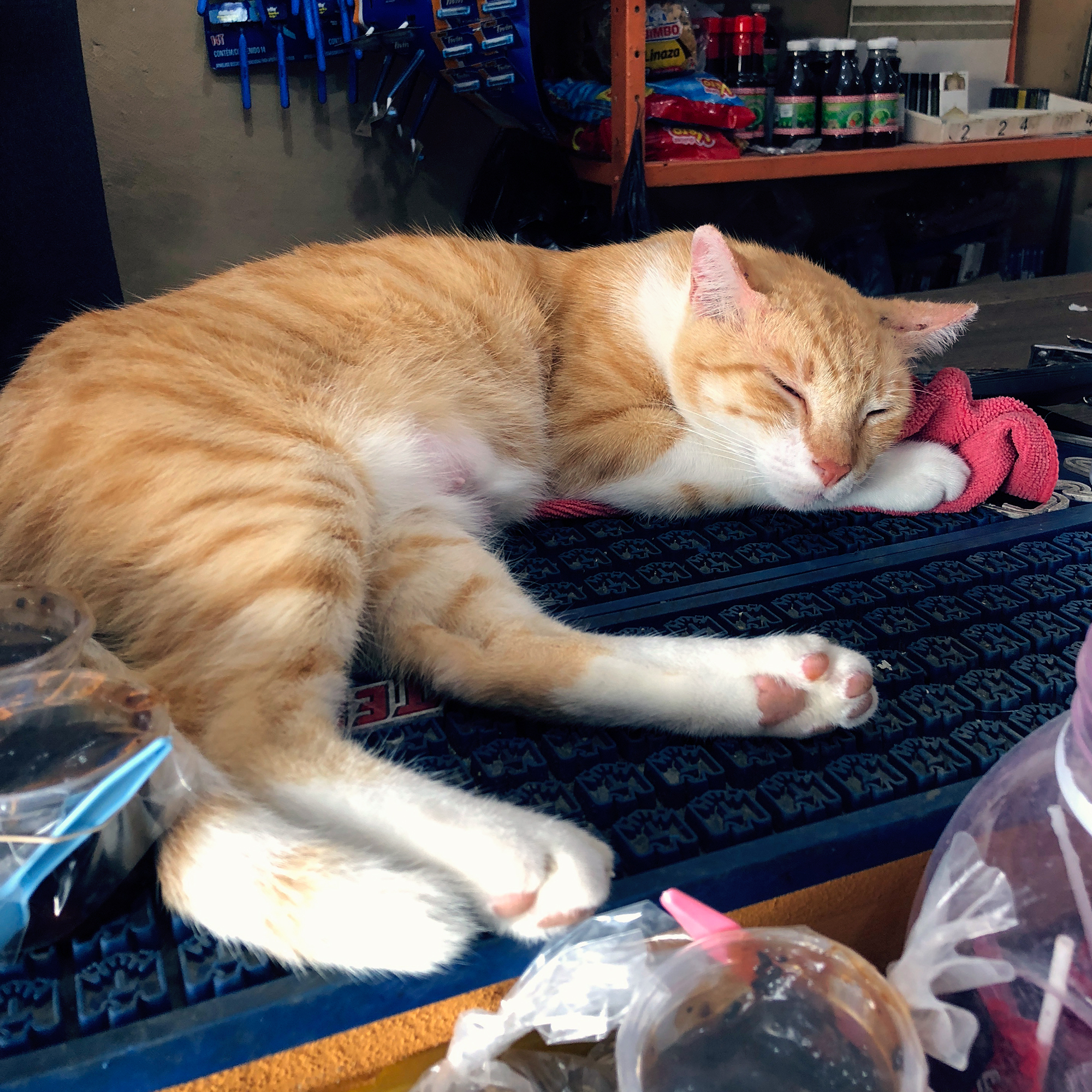 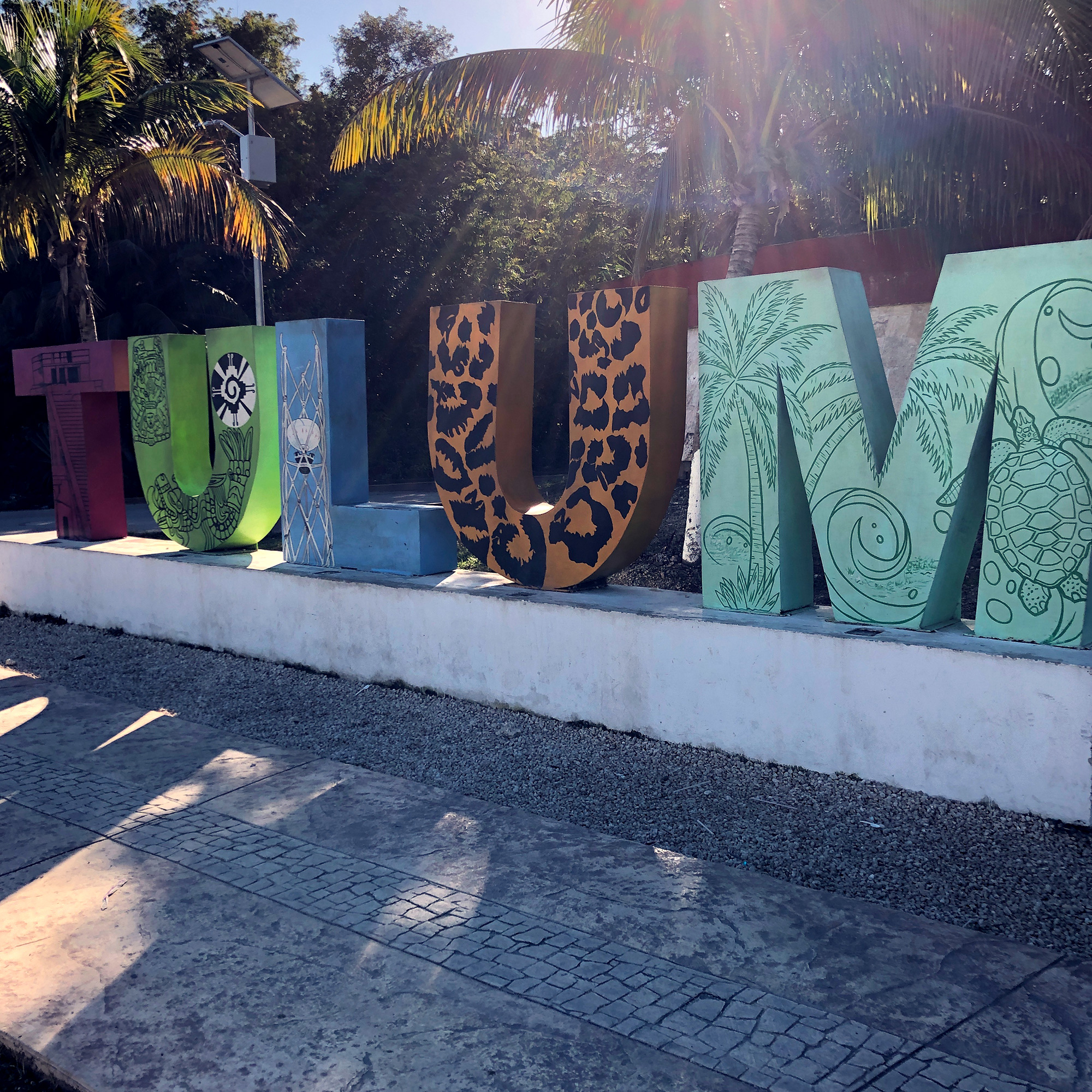 Edited 190125: saw a documentary about Tulum, which is truly worth your time. Half an hour of your life – especially if you’re going. They tell the story about the Sargasso weed Tulum has been having troubles with during the last year, and why it’s showing up… because there are traces of feces in the water…  NICE one, Tulum!

Have you been to Tulum? When were you there and what did you think? Please leave a comment!

The Maya ruins at El Rey – and some iguanas…

The Maya ruins at El Rey – and some iguanas…