December 2016/January 2017 I spent 1 month volunteering at an animal sanctuary/orphanage in Zimbabwe. The sanctuary is called Chipangali Wildlife Orphanage and is located about half an hour by car from Bulawayo.

Chipangali, which means “Open friendly country” in the language chinyanja (one of Zimbabwe’s minority languages), was founded in 1973 by Viv Wilson, and this means Chipangali is as old as me 😉 Mr Viv Wilson was back then involved in a state project eradicating the tsetse fly since this insect was creating large problems in Zimbabwe.

Thus, they built a 200-metre wide corridor through the whole country, removing all animals within this corridor. Now, why was the corridor 200 metres wide one might wonder? Because 200 metres is as far as the tsetse fly can fly for one “flight”, without having to land for sustenance.

A lot of animals moved without questioning it (!?), while others simply refused, which ended up with them being killed. Sadly. Mr Wilson “had to” kill a leopard mother but since he didn’t have the heart to kill her little cubs, he brought them home.

Mr Wilson bringing the leopard cubs back home, was the first step to the orphanage, and now he couldn’t turn back. He ended up taking care of more and more animals. Chipangali was founded in a desert, more or less, the grounds were devoid of all greens, but plenty of hard work has made it what it is today: green and lush, full of plants. In order to protect the animals from the harsh Zimbabwean sun, they had to plant a lot of trees and plants. 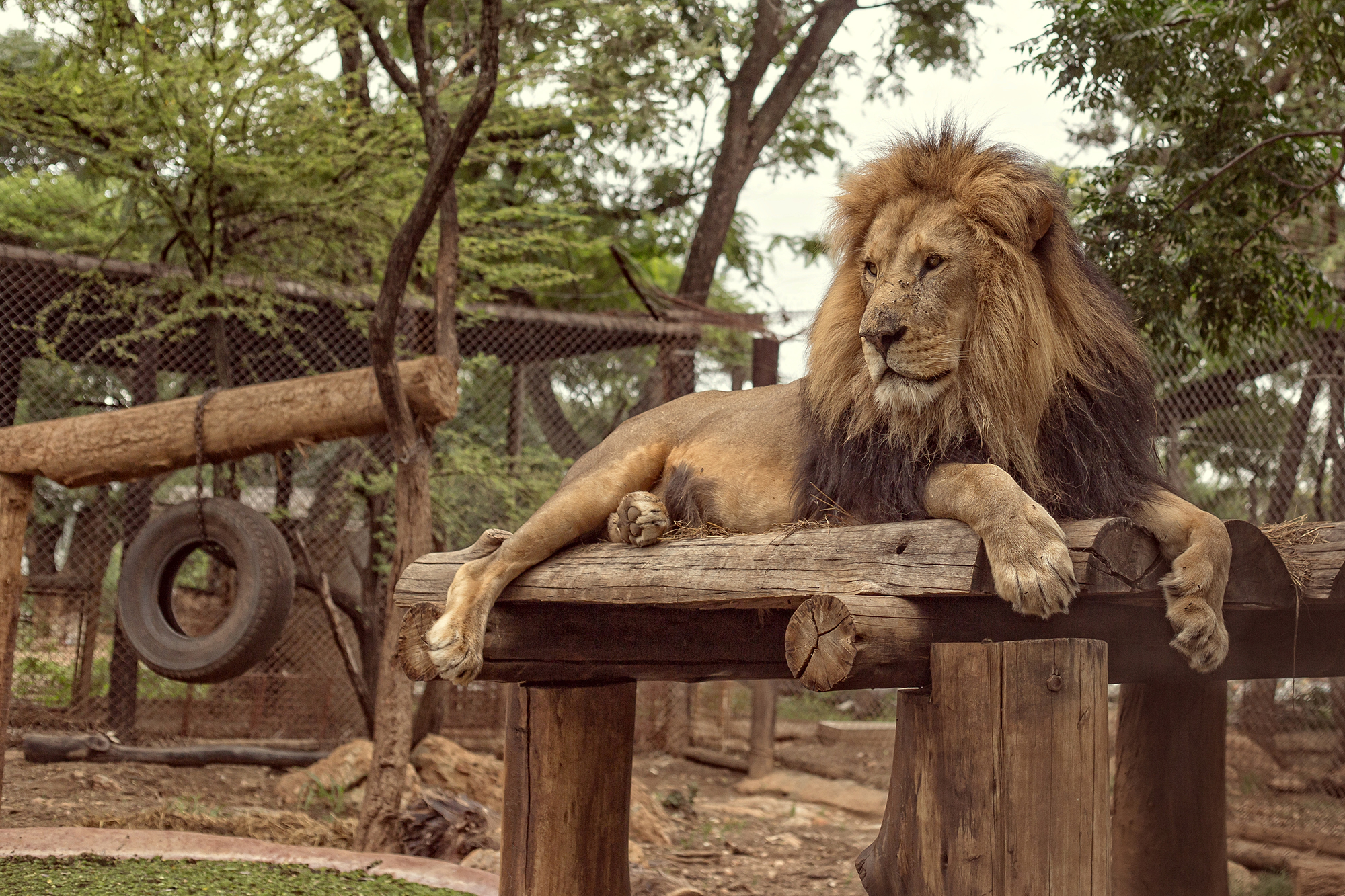 Every little green plant you see on Chipangali today has been planted with intention. 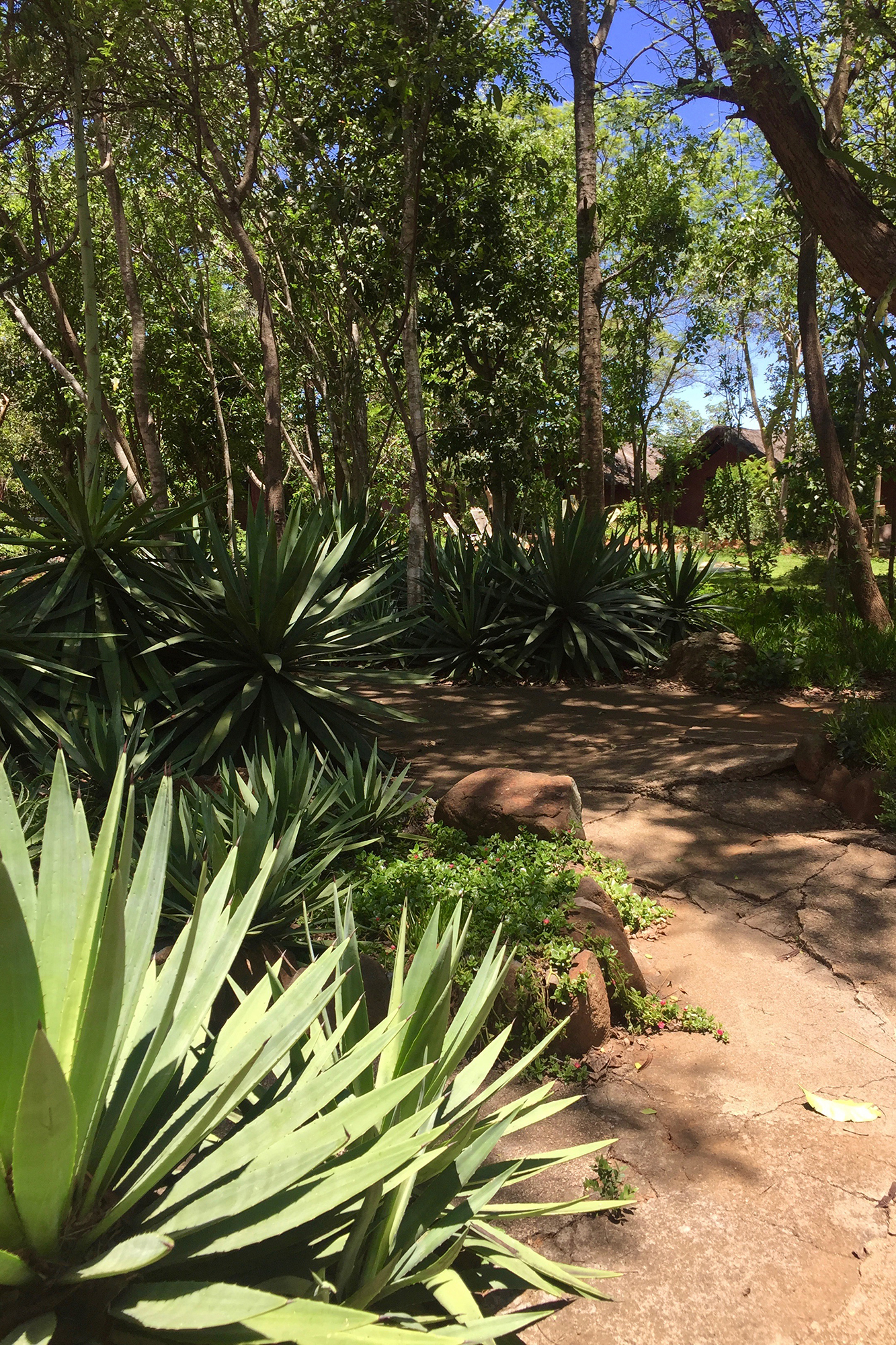 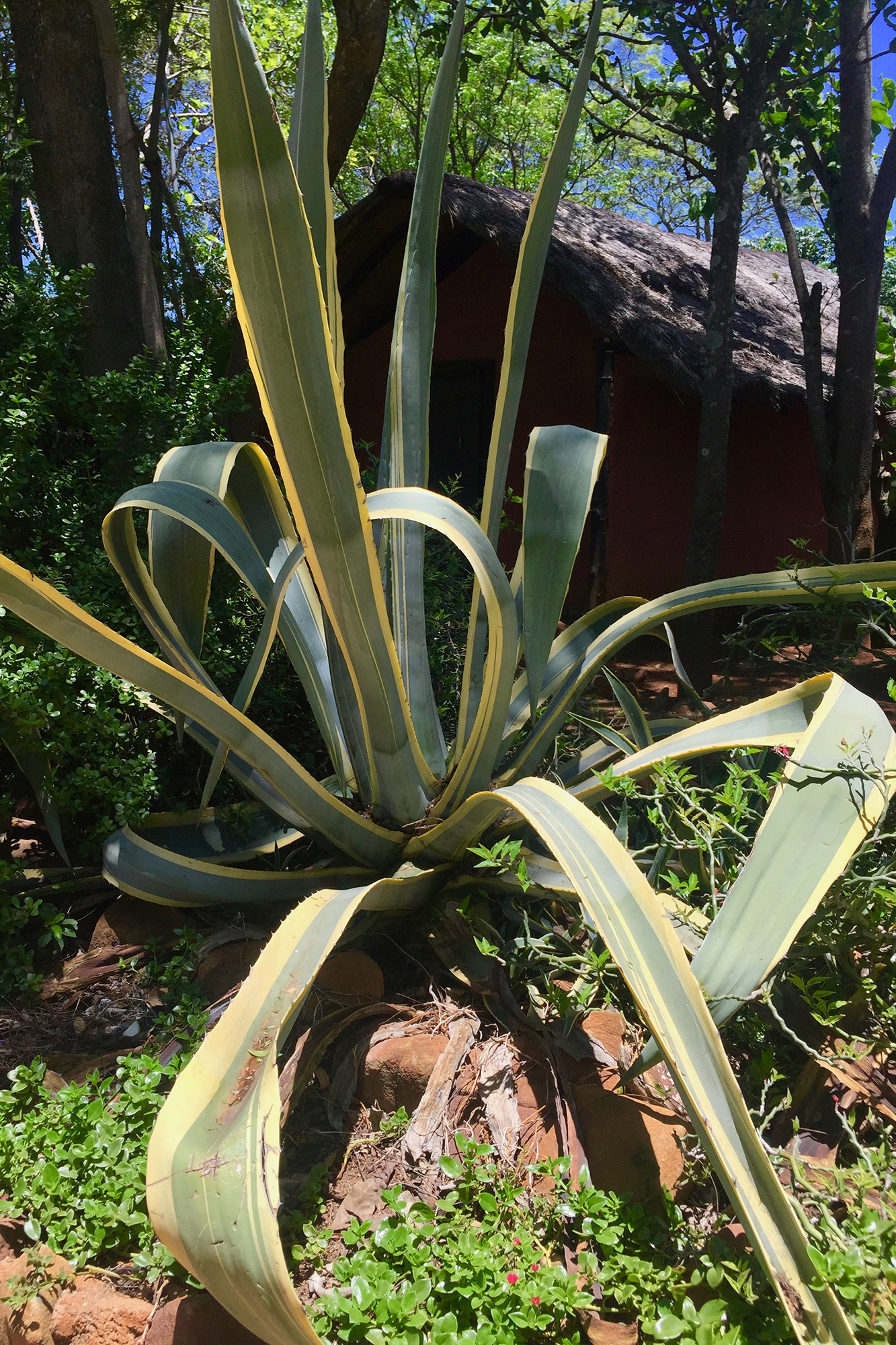 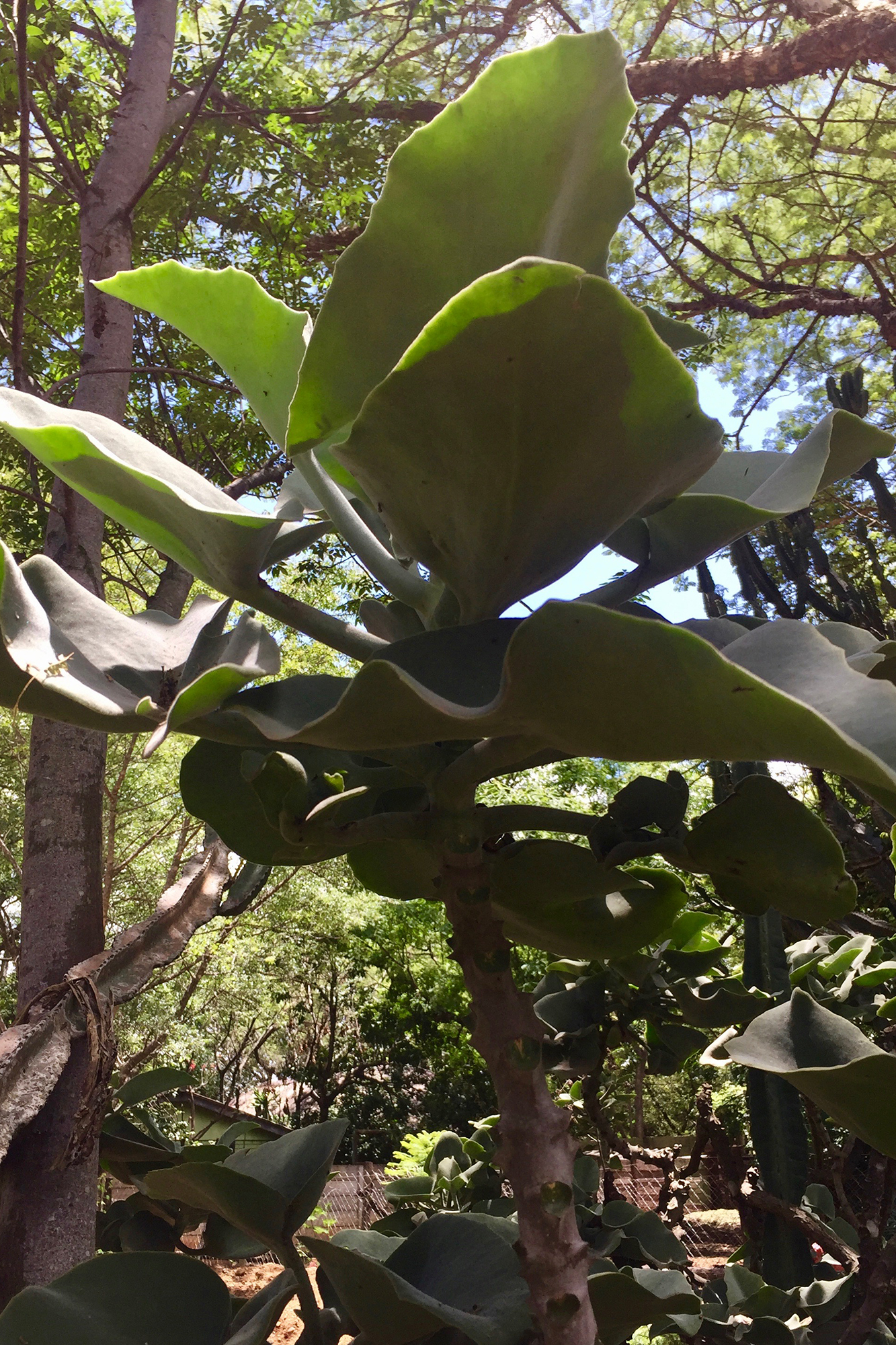 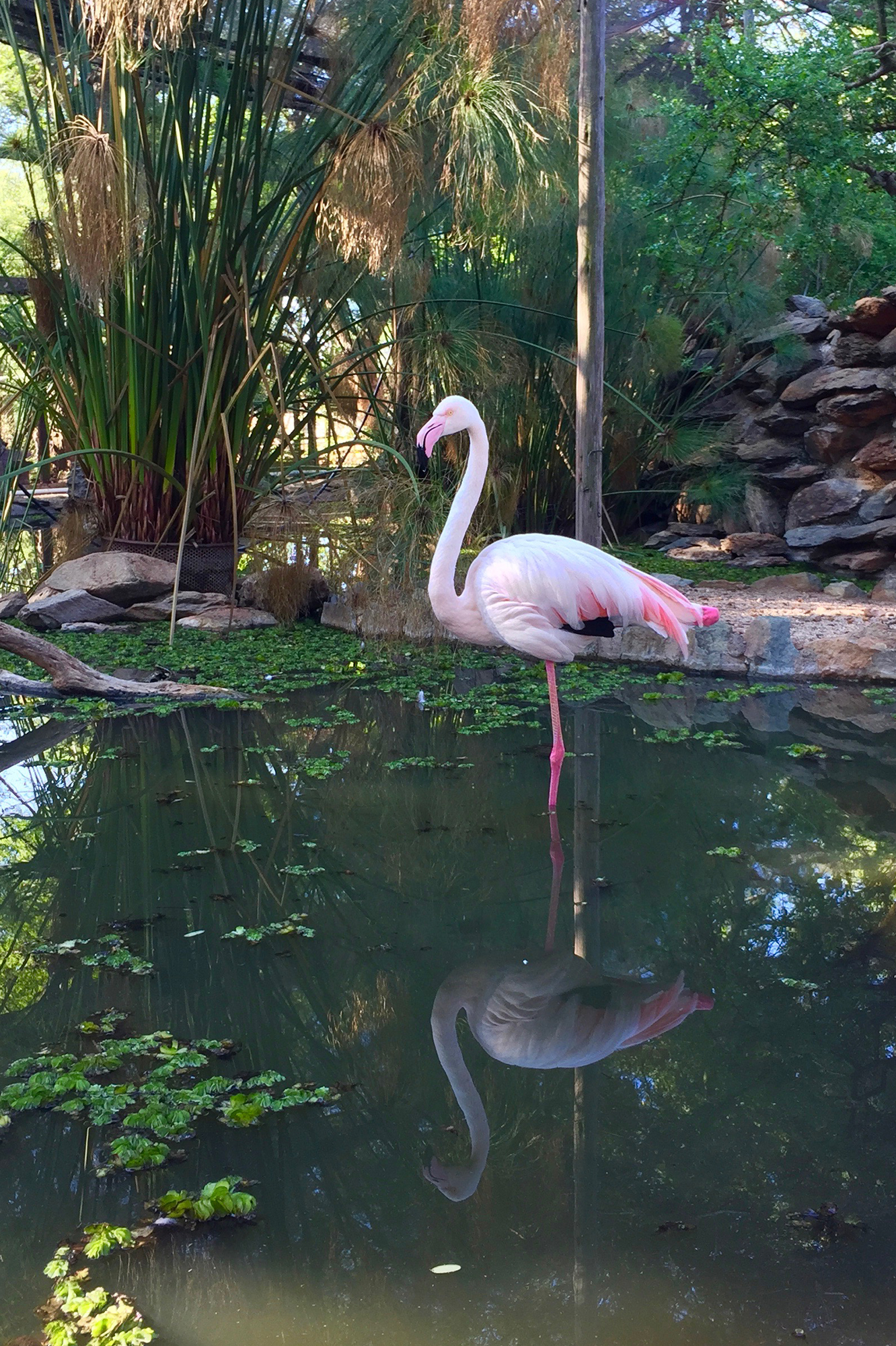 On Chipangali there are mostly large cats; lions and leopards, but there are other animals – kudus, hyenas, crocodiles, birds (all kinds), tortoises (or are they actually turtles – I can never seem to remember the difference!), monkeys, etc. 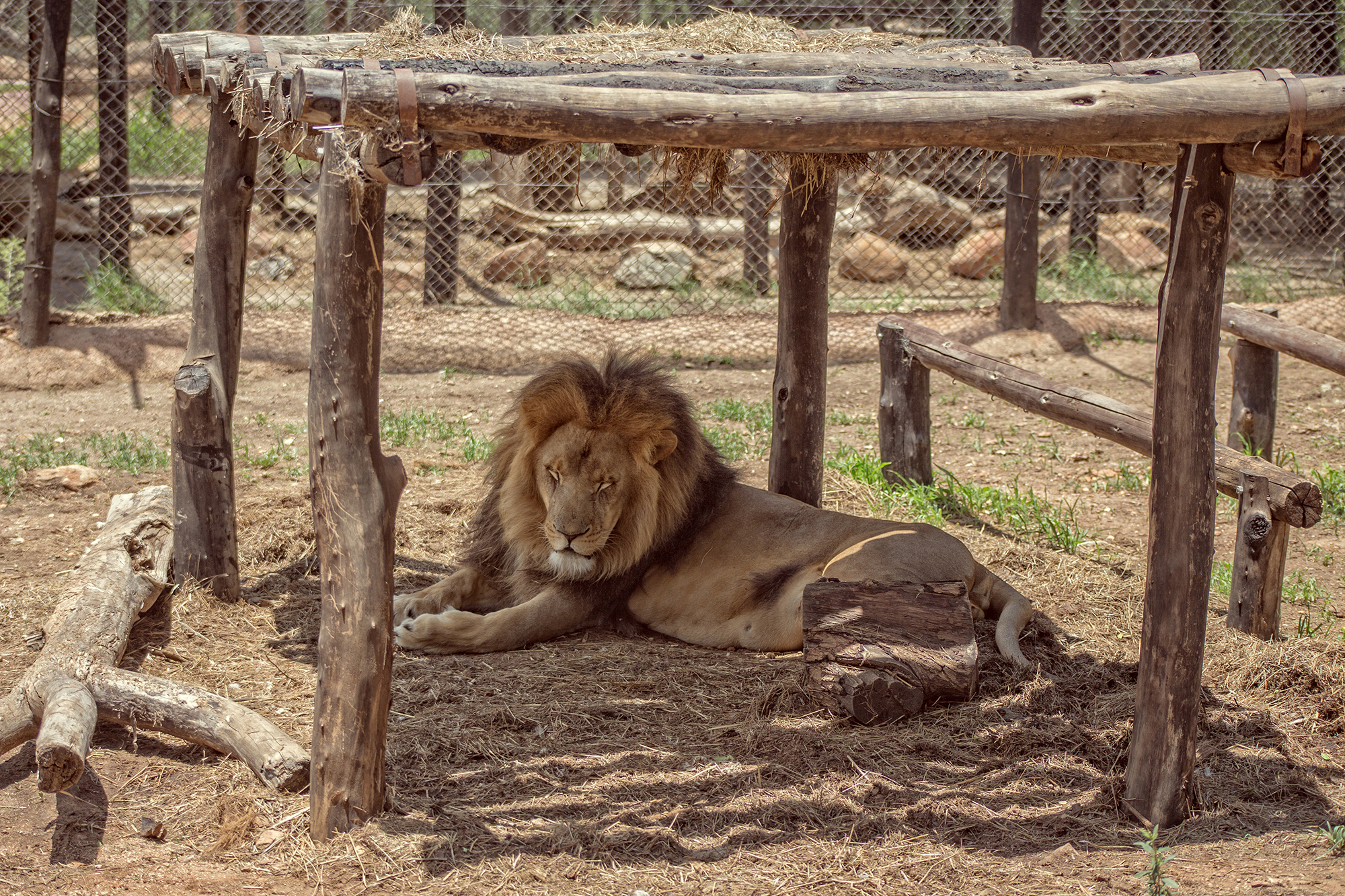 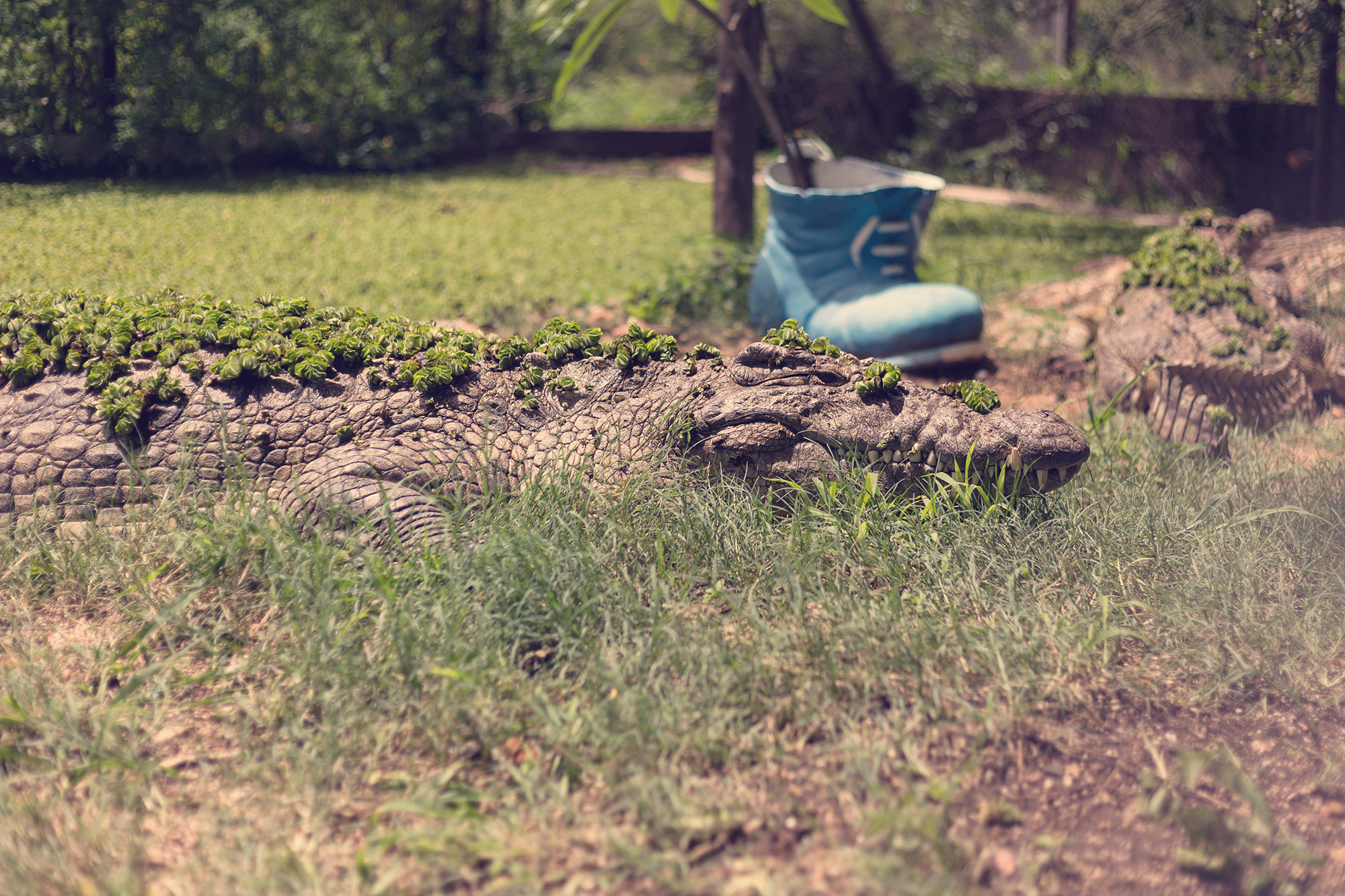 A couple of years back they also had 3 rhinos in an enclosure on Chipangali (yes, their grounds are huge!), but one morning they were, unfortunately, found dead. Poached. For their horns. So sad.

All 3 of them were just lying there on the ground with their horns sawed off!

Admirable people are risking their lives to defend threatened animals…

Poaching is a huge problem in Zimbabwe, but there are many kind souls working hard to put an end to it. I had the pleasure of meeting some of them. The group I met used dogs to track and find poachers. This is incredibly dangerous, so their lives are constantly in danger, which makes it all so much more admirable. Even in Africa the world revolves around money… 🙁

But back to Chipangali – the animal sanctuary in Zimbabwe. There are also plenty of smaller animals here, who don’t even live in any cages but simply “lounge” around. Coming and going as they please. Some, for example, the squirrels, have once been patients at Chipangali nursery, but after their release, they haven’t really left, and are still lingering.

The first thought that popped into my mind when I arrived at Chipangali was it looked pretty rundown, and the reason is there is never enough money. Unfortunately. Chipangali is dependant on donations.

The Zimbabwe (Bulawayo) I saw was very rundown. Africa, if I’m to judge a whole continent after one tiny visit in Bulawayo (maybe a tad dramatic and judgmental, but still…), feels dry, dusty, dirty and slightly chaotic. Chipangali was about the same as everything else in Zimbabwe, or even better actually.

Chipangali has been passed on in the family, and the current owner is Viv Wilson’s son Kevin and his family. I’m no stranger to celebrating holidays abroad alone without my family, but this was the first time I didn’t feel lonely. At all. The Wilson family is an incredibly warm and empathic family, who makes all their volunteers feel included.

My second thought was “What is that fracking smell?”

It was carcasses. Dead animals, that is. For someone incredibly sensitive to smells, as I am, that stench was unbearable, and I did not get used to it. They assured me I would get used to it if I stayed longer. Some of the workers told me it took them 6 months, but I doubt I would ever… But who knows… Stranger things, right?

Chipangali regularly receives animals from people in the area. These were animals who had died from natural causes, often found in the wild. Sometimes even people owning larger animals (for example horses) arrived wanting help with putting down their animals for whatever reason. Instead of that animal going to “waste” Chipangali can then use the flesh.

Feeding the predators was otherwise a bit of a dilemma for Chipangali. They didn’t really want to go out killing other animals to feed their own. This arrangement was thus a perfect fit.

How do the animals end up on Chipangali?

Now maybe you’re sitting there wondering how wild animals end up in an animal sanctuary in Zimbabwe, just like Chipangali? Are they breeding them or what are they doing? No, Chipangali takes care of wounded animals. When someone finds a wounded animal they call Chipangali, who then swoop in to bring the animal to their nursery.

Chipangali’s goal is making sure all the animals are put back into the wild, but this is unfortunately not always doable.

The leopard siblings Mlilo and Chirisa are examples on animals who are never going to be let back into the wild again. The man who found them in the wild as orphaned cubs chose to take care of them. However, as they got older, affectionate as they were, they were also enjoying killing the dogs in the neighbourhood. Not because they were hungry, but because it was fun.

Leopards hunt for the thrill…

The dog owners in the area were, of course, pissed demanding the owner to either get rid of the leopards or kill them! The owner couldn’t kill them, so he left them at Chipangali, where he knew they’d be cared for.

Since Mlilo and Chirisa were raised by humans they could never be released. Lacking respect and fear of humans make them dangerous. Both of the siblings have lived their entire lives in captivity and now they will stay at Chipangali until they die. Today they have their own cages, and Mlilo was one of my favourites. So cuddly and cute.

I could cuddle with the leopards through the fence.

The volunteers were not allowed inside the cages with the big cats. A few years ago there had been an accident, where a caretaker was killed by a lion. The lion also lost his life in this tragedy. Nowadays they were always playing it safe, and no one entered the cages while the cats were inside. Not even the family, who’s been taking care of some of them since they were cubs, enters after the cats have grown up.

My absolute favourite on Chipangali was Cila – a serval, who probably won’t be let out again. Cila came to Chipangali with all his legs broken.

They have no idea what had happened, why his legs were broken, but servals are very dependent on their long legs for hunting, they jump a lot. Their legs simply have to be stable. To let him out into the wild again with fragile legs would be the same as letting him out to meet a painful death.

There are so many different volunteer projects in Africa, so you can more or less just pick and choose. Even if you love animals you don’t have to choose an animal sanctuary in Zimbabwe either. There are plenty of projects all around Africa. And there are also projects with people; schools for example. For me, however, there was no doubt my project would be with animals, and I was chosing between Chipangali and a Southafrican place, where they’re taking care of big cats.

I chose Chipangali, since it would mean me being a part of nursing animals in a way you didn’t in the other place, and I have no regrets regarding my choice. None, whatsoever.

Not even when the rotten carcasses stench took over and I could hardly breathe.

Have you been a volunteer anywhere in the world? What did you do? What is your experience? Feel free to share in a comment!