Yoga in Varkala. From the moment I decided to return to India up to me landing here I was very nervous. For those of you who don’t know, I’ve been here before – my first backpacking trip 1994/1995. India 1995… well, let’s just say that India did not bring out my most charming self back then. I hated being constantly stared at and the feeling of being conned, no matter what I was buying, was gnawing at me.

Thus, returning to India has just been a big NO THANK YOU.

Getting back home I was rather pleased with all the things I’d seen in the country; I mean Taj Mahal – the most magical thing you’ll ever see… The rest I could happily miss out on. The reason for me not wanting to go back was that India, or rather the indian people, made me explode. I was always walking around fuming with anger… 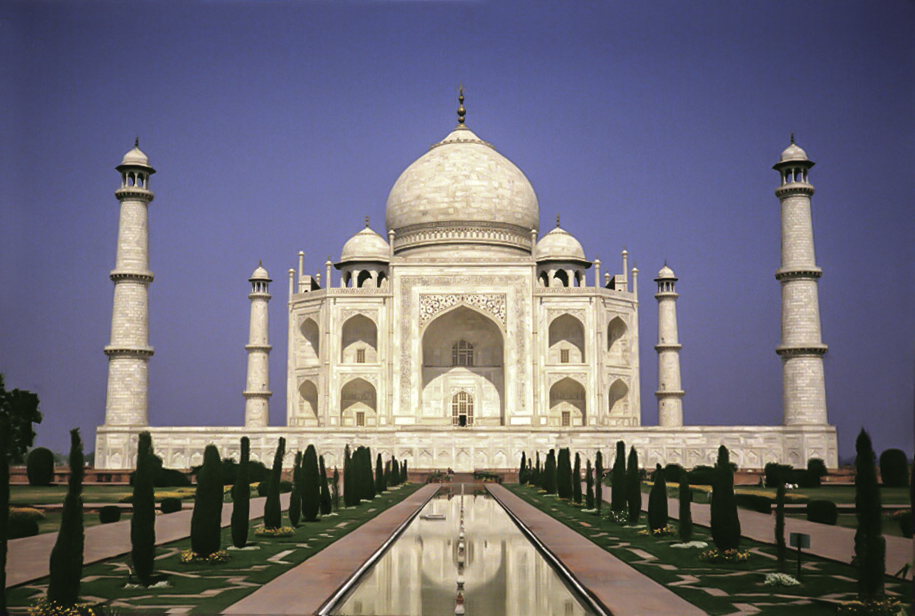 As I’m writing this it hits me – maybe that’s exactly what I actually need. To learn how to release my feelings – no matter how “ugly” or uncomfortable they are. Just let it all out!

Anger is otherwise something I usually surpress; I’d rather let it fry me from the inside than to get mad just like that in public.

Seeing all the broken children on the streets was also hard. Running around shoeless, selling things, things that no human in the world could ever need. Pointless things, plastic garbage things. One evening in Bombay Pernilla was out walking. A small boy about 10 years old asked her if she wanted to buy this or that.

Having said no to everything, he finally dropped the last question, desperate for making a deal: “Sex?”

It broke my heart seeing all these broken souls, knowing I could not save all of them, or even any of them. The poverty in the country is huge.

In Varanasi we witnessed a cremation. It was performed on the ghats along the Ganges (obviously), and I found the whole incident rather unpleasant. I’ve never ever felt a smell more revolting than that of a burning corpse. 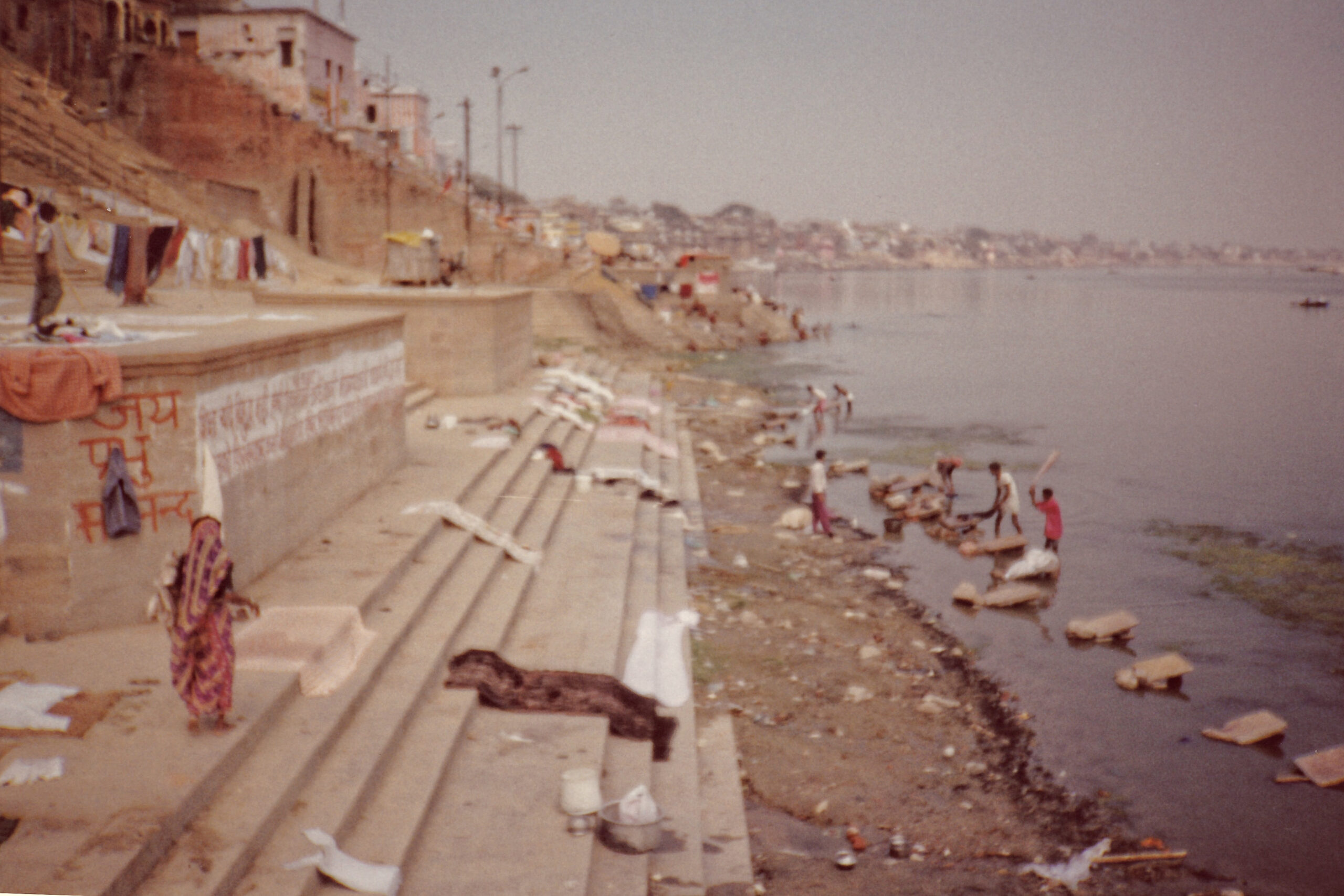 The last thing we saw before leaving was how they kept beating the head with a stick.

Later we found out that this will be your story if you were really poor. You didn’t get enough wood for the fire, meaning the whole body wouldn’t turn into ashes, leaving people having to smash what was left of the bones. I have no idea if this is actually true or not. Maybe this was just something they came up with, a horror story for gullible tourists, but it made 21 year old me feeling sick, even if cremation is what I have in mind for myself when that day comes…

I loved the food, the beautiful country with all the amazing buildings, temples and ruins, the children, who despite their poverty seemed so happy, and the atmosphere, but being constantly watched was too hard. 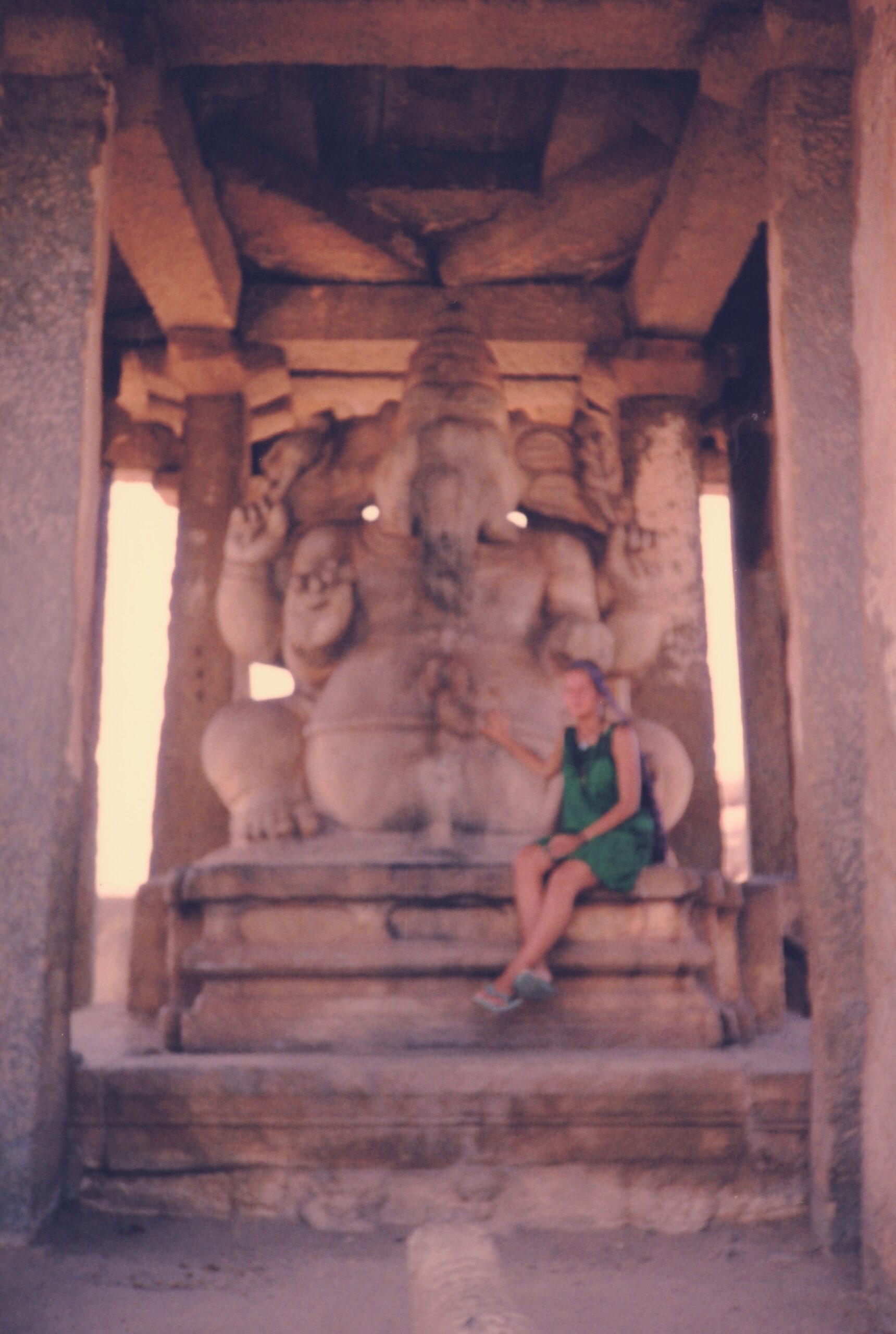 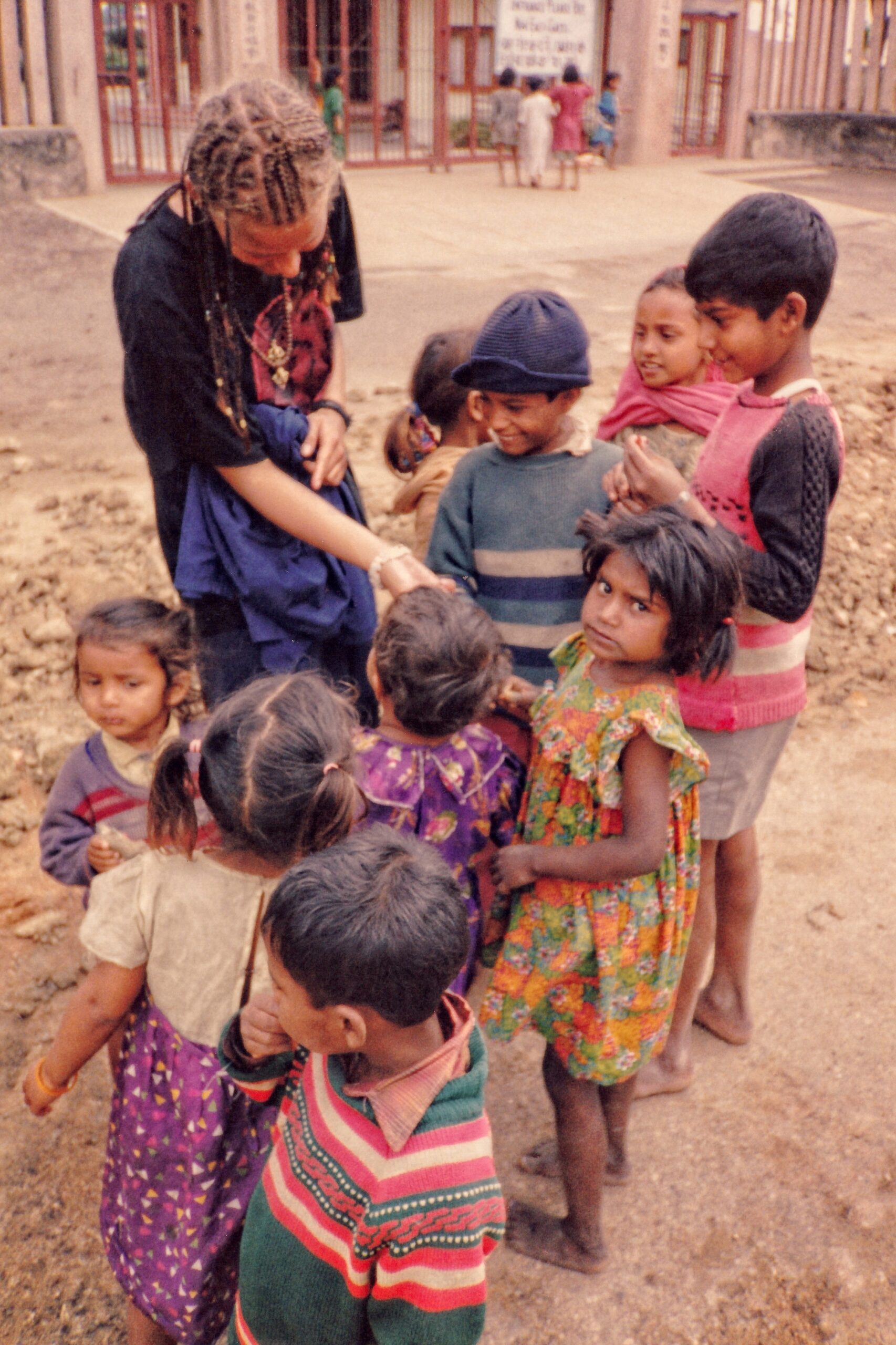 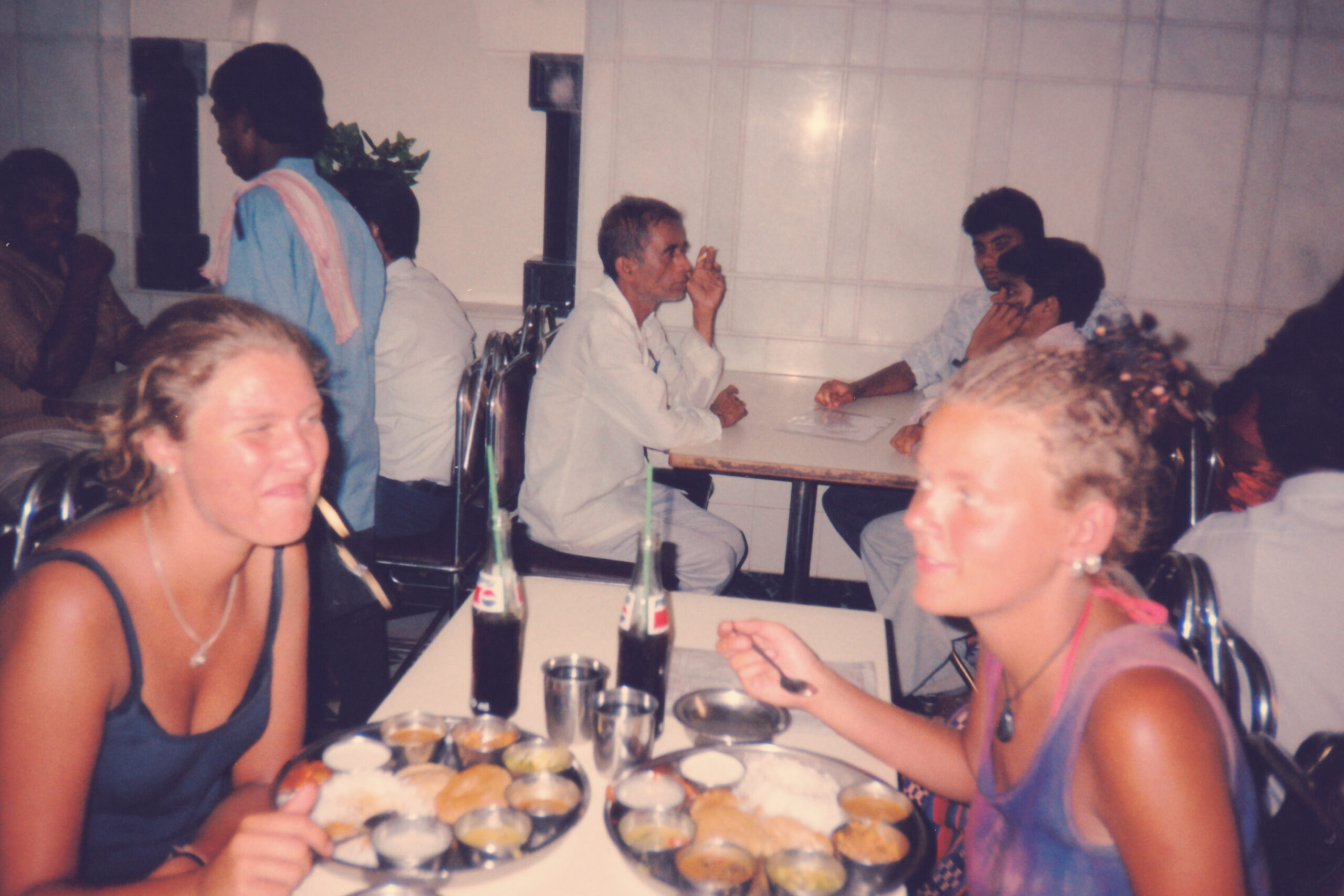 If  we had the audacity of sitting down in a park men came rushing over. Making themselves comfortable in rings around us, eating nuts while watching “the monkeys”. It was embarrassing and uncomfortable for someone who doesn’t even enjoy attention under normal circumstances.

When the men, without remorse, started the groping I gave up.

On a bus between Hampi and Goa I was stuck between two men who saw me as some kind of main course. In Goa it was illegal to travel on the roof, which we had done so far, so when we got to the state border we were forced inside the bus. Two men started touching me, one from the front and one from behind. When the bus, after what I felt as an eternity, finally stopped I rushed up on the roof again.

In New Delhi it happened quite openly on the street, but I had such quick reflexes so I managed to give the indian guy a pretty good smack in the face with Lonely Planet’s India book (oh man! That book is so thick!). The force in my blow made him grab his cheek in disbelief while staring at me as if I was a complete nutter.

I probably was, and I was so fracking tired of indian men who appeared to see me as some kind of a toy!

So the decision to return to India wasn’t an easy one. A few years ago I wanted to take a break in my crazy life and go on a healthier holiday. Practice something. Yoga came to mind, but then I’d have to go back to India. This was back in 2017 and I wasn’t ready to return. So that time I chose Tai Chi and China. Yet another return…

Just before the pandemic I had decided on yoga. Then it had to be India, it was inevitable. Sure, today you can go anywhere in the world to practice yoga, but I don’t want to. Maybe I’m being a snob here, but I want to go to the source.

You simply don’t go to France to practice yoga. No thank you.

So I decided on India and yoga. I’m older now, travelled more, tougher, so why shouldn’t I be able to handle returning? At first I had my eyes set on Dharamshala, but I ended up here in Varkala.

For a while there I thought I’d travelled for the last time, and was deeply depressed. At times I felt trapped and panic stricken, because I (and all other people around the world) had been forced to put my (ours) life (lives) on hold. You can’t live by pausing life, you have to live it and accept the dangers that comes along with it.

That’s what life actually is – a balance between good and bad. You can’t hide…

Now when I’m finally here I never want to stop travelling again. I feel I’m in the right place, and I’m a whole lot tougher today than I used to be. The opposite would just be weird. But I’m also a lot more humble (I hope) and have seen evidence all over the world during all my travelling that curiousity about my person as a tourist not always comes from something vicious. Quite seldom actually. No matter how frustrating it is having to pose for en endless amount of selfies every day… 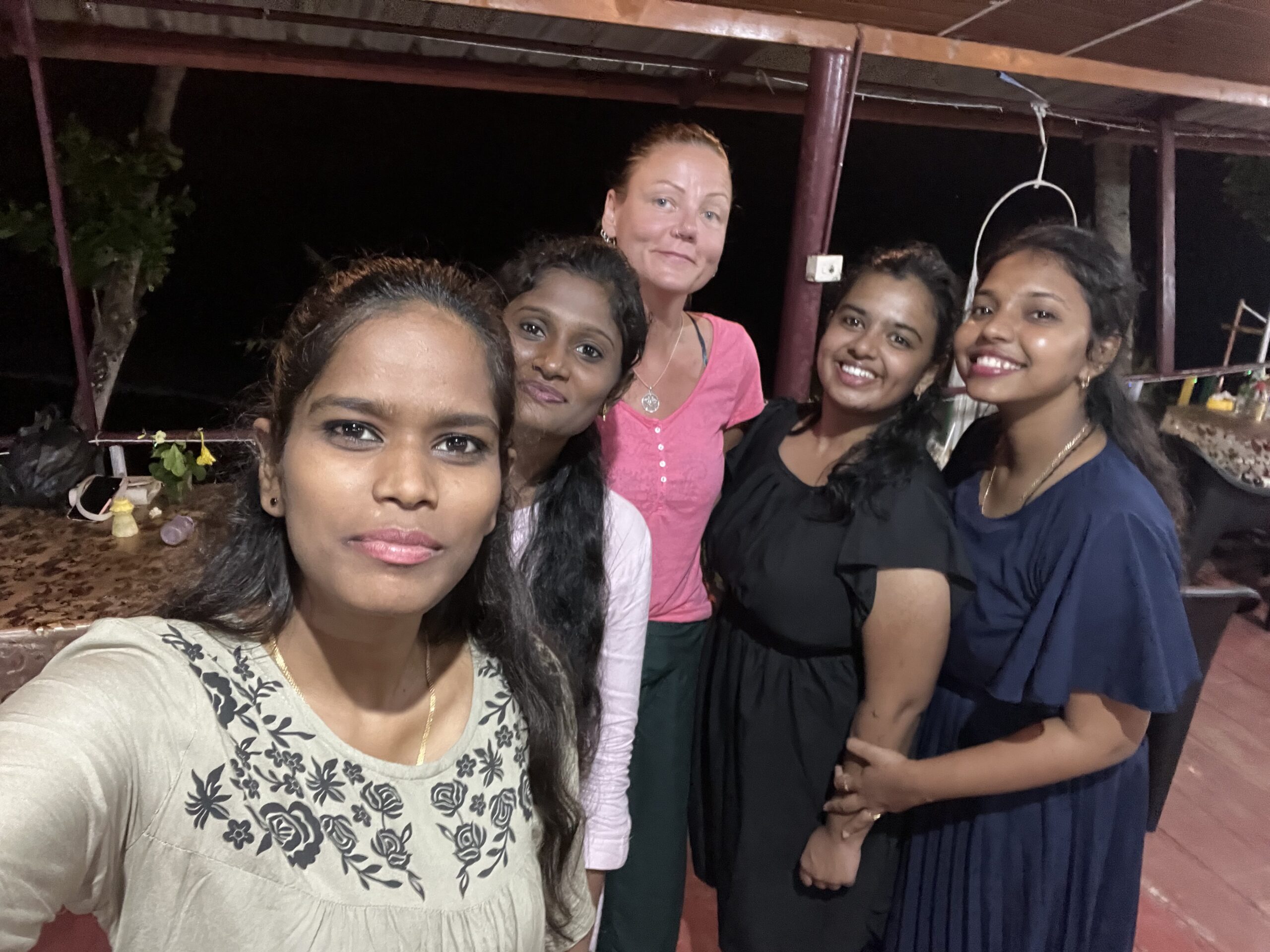 2022 came with a whole set of different problems than what 1995 had to offer!

I won’t be travelling around the country like we did back in 1995, because I know I’m not ready for that one yet. Completely by my lonesome. But who knows?

Have you been to India? What are your experience? Please share your thoughts in the comments below!

Why is freedom of speech so important to me?

Why is freedom of speech so important to me?