My first trip during 2018 went to Hurghada, Egypt. I felt this gnawing in my gut – it was time to see the magical ruins of Egypt (including the pyramids, of course…). Since I never take any summer vacations I booked my trip in April; charter trip, last-minute – an all-inclusive to Hurghada Egypt. Yes, a last-minute charter trip!

Crazy for being me, right!

I think I’m a pretty seasoned traveller. I’ve seen a lot of shit, experienced a lot of shit during the 25 years+ I have been travelling around the world. However, the misery I was shocked over in places in India during the ’90s was nothing compared to Hurghada. It might have looked worse due to the fact the city is located in the middle of the desert, and all that dust and sand everywhere, I don’t know…

Apart from everything looking worn down, there were also old broken vehicles everywhere, which didn’t exactly contribute to a nicer scenery… 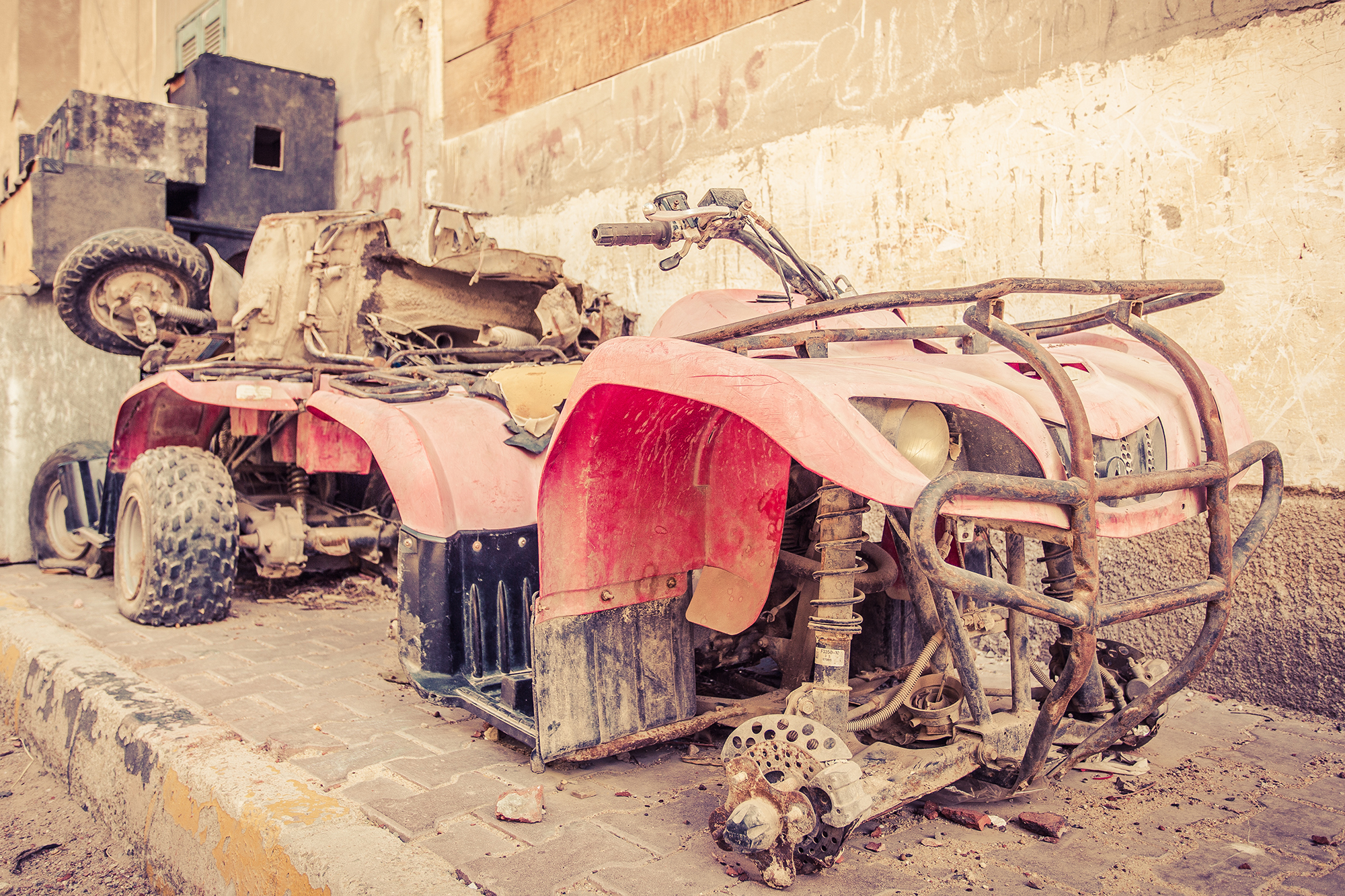 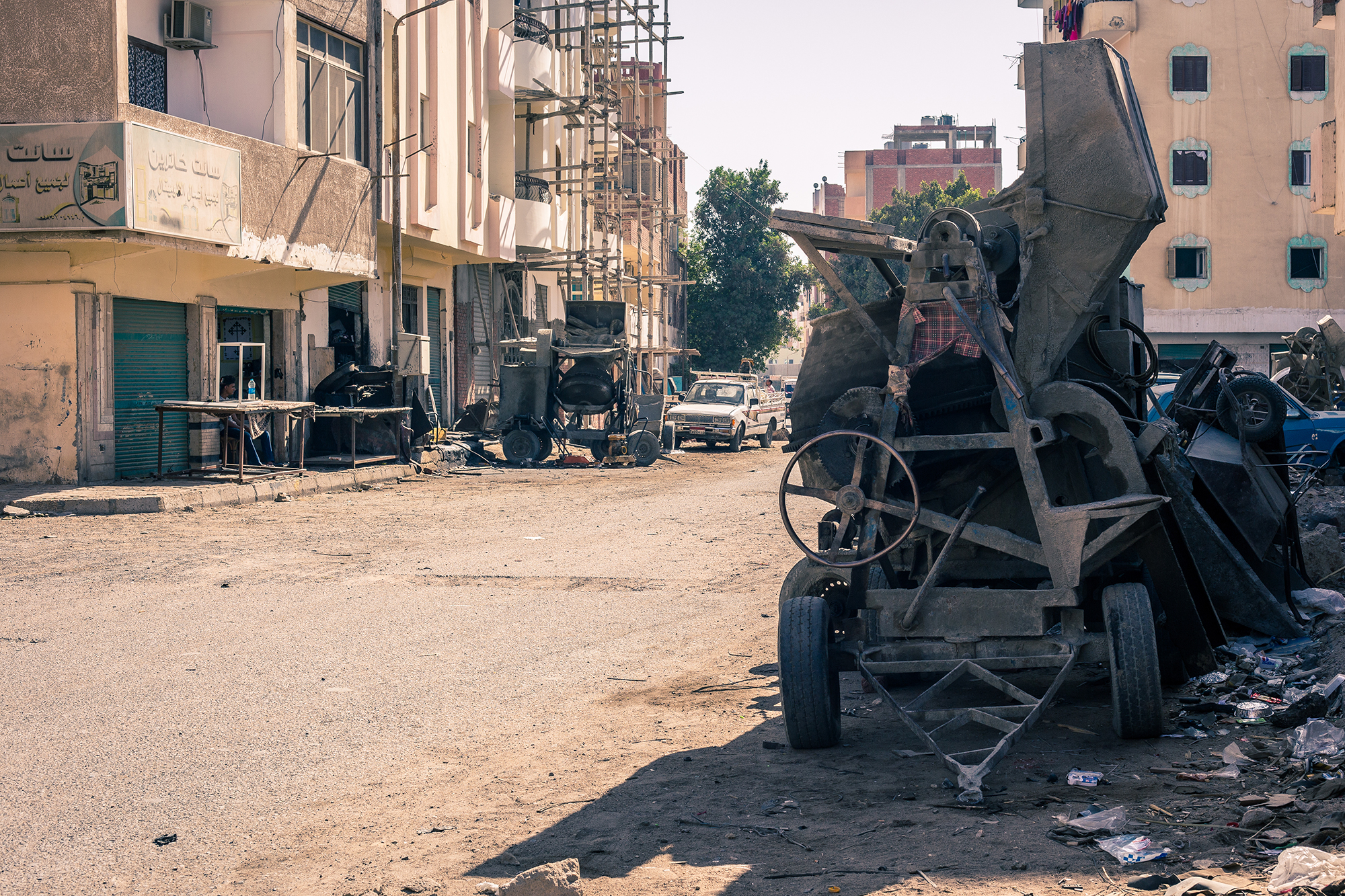 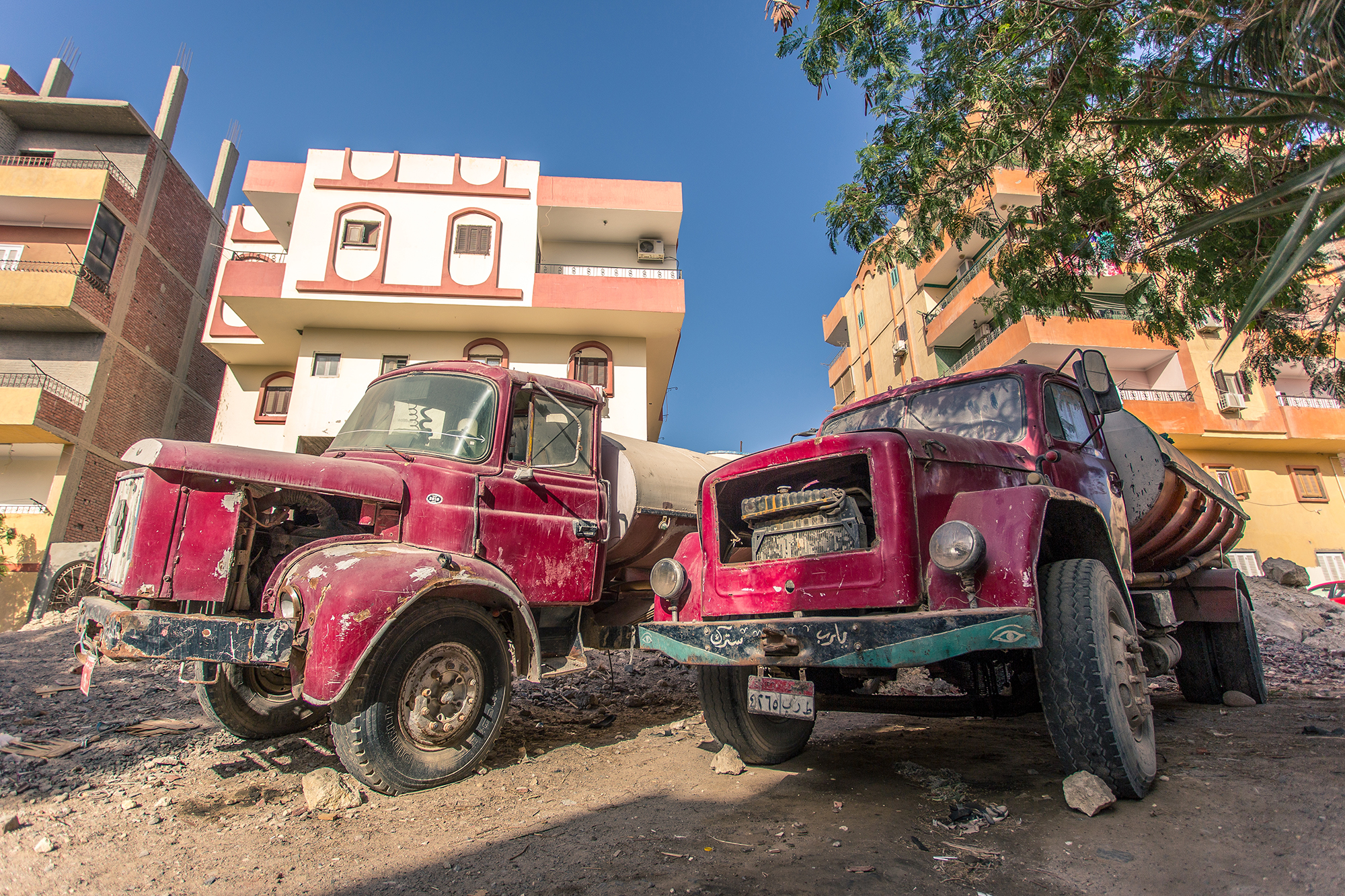 In Hurghada Egypt I felt like a blue-eyed little girl who had spent her whole life inside a protection field, and for the first time, she was let out in the big big world.

I felt like Siddharta out on his first walk outside the palace.

Some children were playing out in the horrible street environment. One of the children (not pictured here) was only wearing pyjamas, he was dirty and looked dirty, and he was barefoot. Barefoot on a street full of broken glass and all kinds of crap. In spite of this, he had this huge smile on his face.

Got me thinking of Mahatma Gandhi (and also my friend Helena!):

I cried because I had no shoes. Until I met a man without feet…

The tourists abandoned Egypt during the Arab Spring, which brought awful consequences for the Egyptian people. I didn’t mind, of course, there were just enough tourists for me – not packed and crowded – nice. However, it was truly tragic seeing these people doing their best to survive on tourists that never came.

In spite of the misery and the uncomfortable feeling it awakened within me, I managed to see and appreciate quite a lot. I got to see the pyramids, after all.

In Cairo, my guide was a woman (!). This was a big deal for me since Hurghada seemed completely devoid of all Egyptian women. Basically, every worker I saw – both in my hotel and in the centre – were all men. I might have seen one or maybe a couple of women out and about shopping, but few working women, if any.

I met this one woman, who had a small shop at the hotel, but she was British, so that hardly counts…

Arriving in Hurghada I was distraught to see the misery they called their home. It was tragic to see all the deserted hotels, half-finished buildings everywhere… It looked more or less like a huge construction site, which would never be completed because everyone had run out of money.

At the same time it was tragic to see all this human misery, there was also this other issue… Something close to my heart. This pained my soul even more, because it’s about the animals. The state most of them were in… How do you deal with this issue during these conditions?

How do you tell a person living in complete misery “you need to take better care of the animals!” without sounding like a pompous fracking bitch? 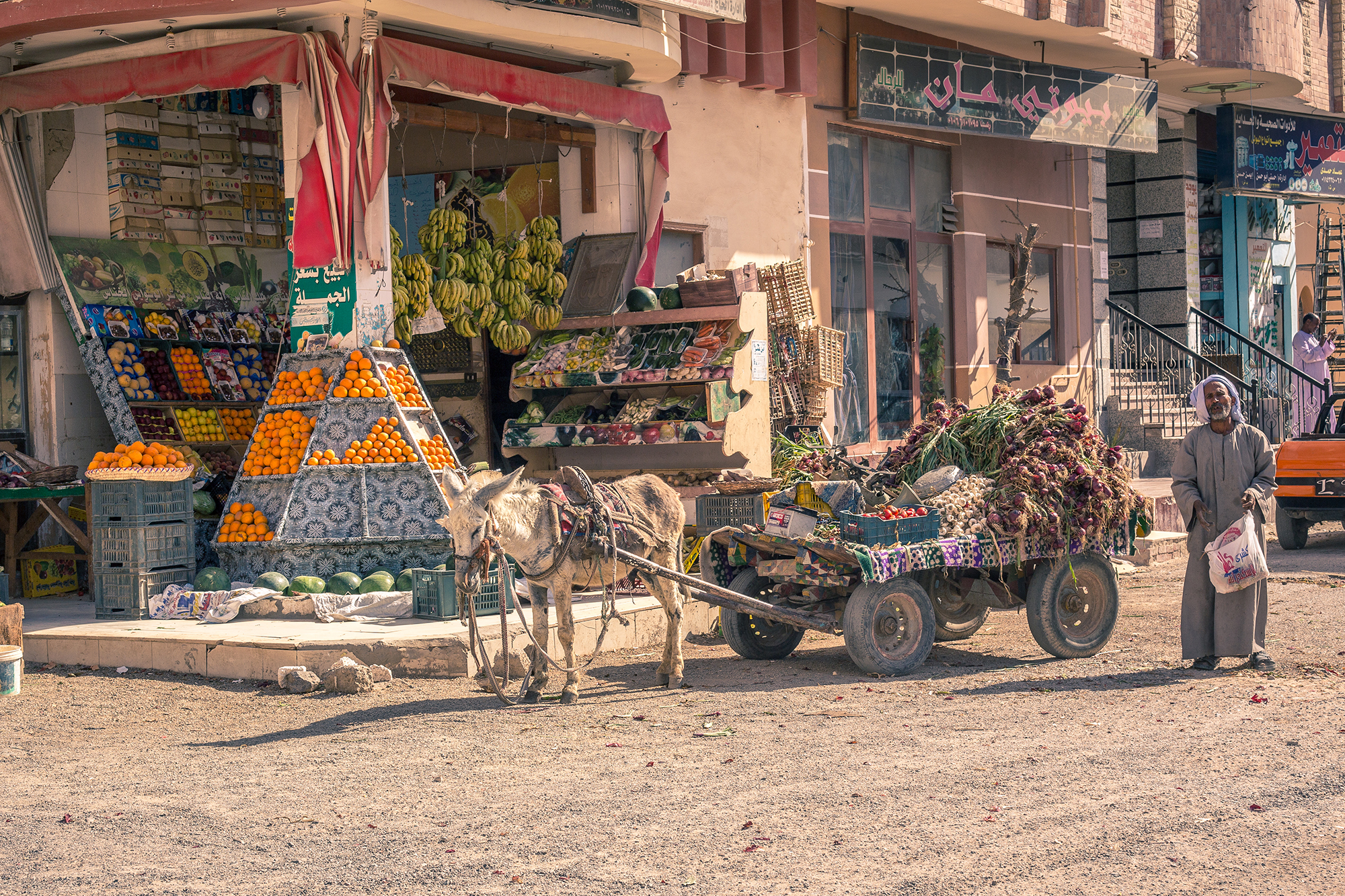 To my utter joy I saw many people who put out food to the homeless cats roaming the streets, and of course the dogs chowed down too, and that seemed ok. It warmed my heart.

But how can I not see the dilemma? Many can’t even afford to feed their own children, so how can I ask (or demand) them to prioritise the animals?

I bought some cat food for a bunch of kittens during the days I was there. They were so cute but so dirty. And so hungry. On the last day, I bought quite a lot, leaving it with the man living in the house just next to the kittens’ hang out. I had bought some plates as well, so it would be easy for him to pour the food. He promised he would give the food to the cats. And I believe he did, he seemed to care for them already. 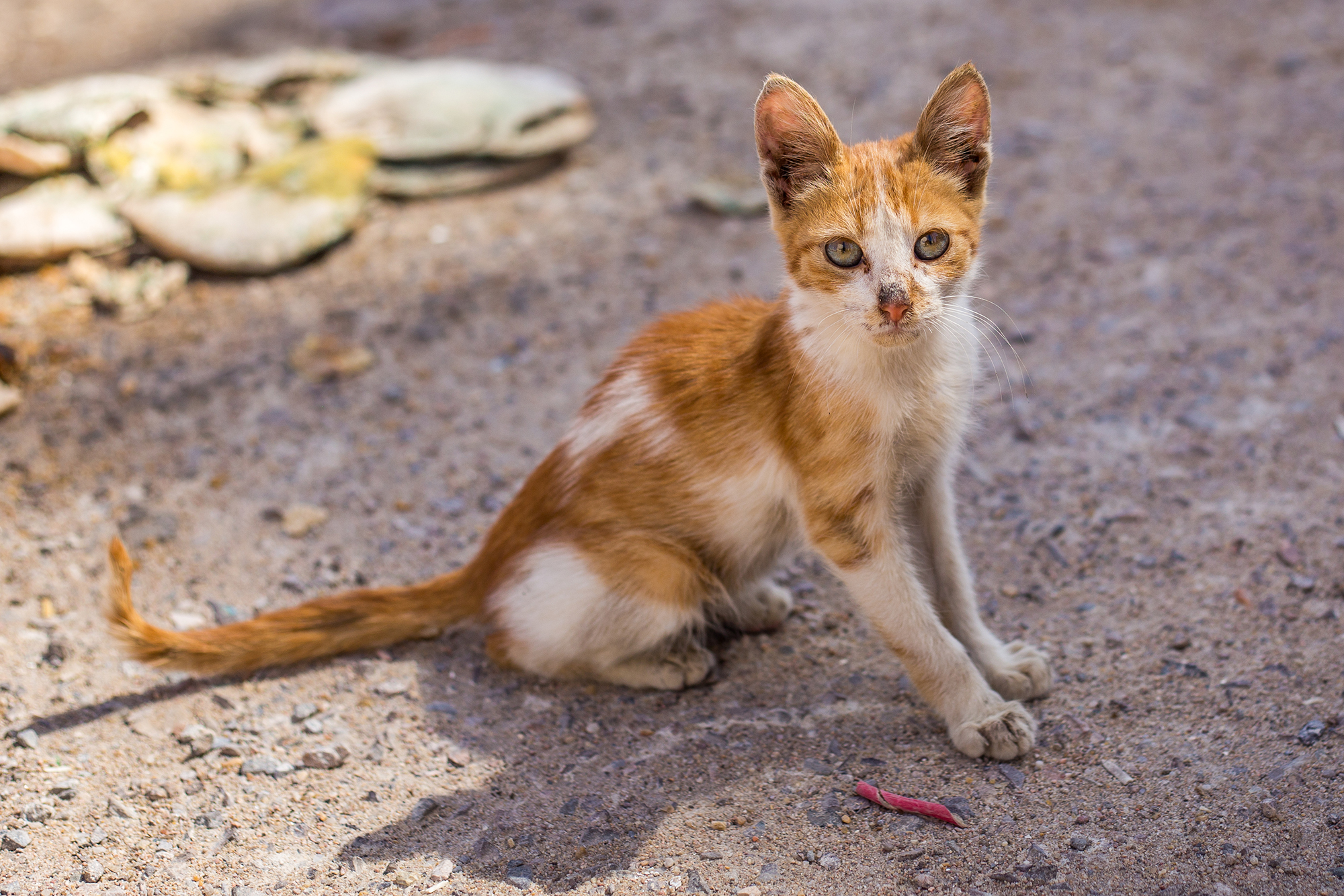 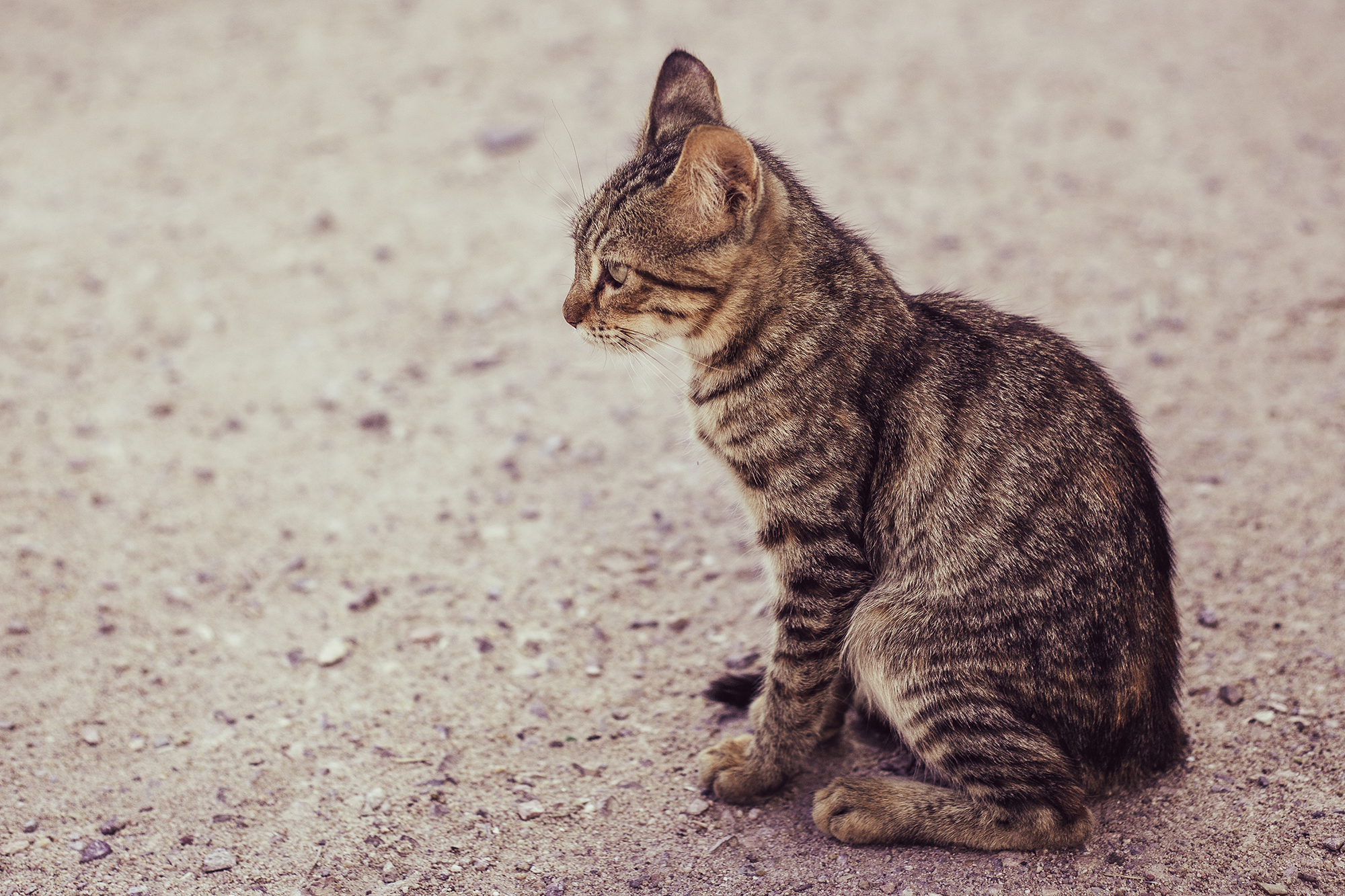 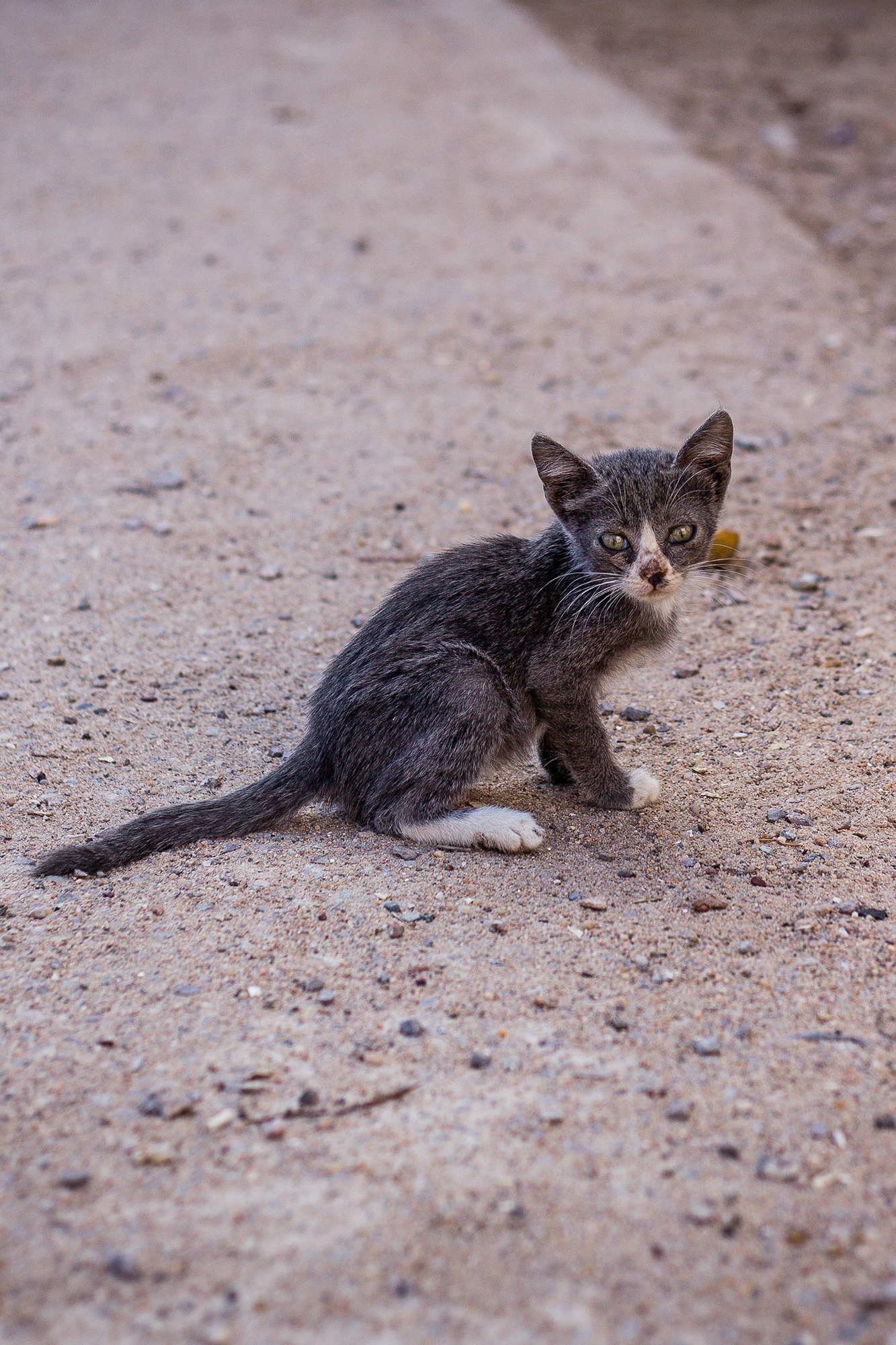 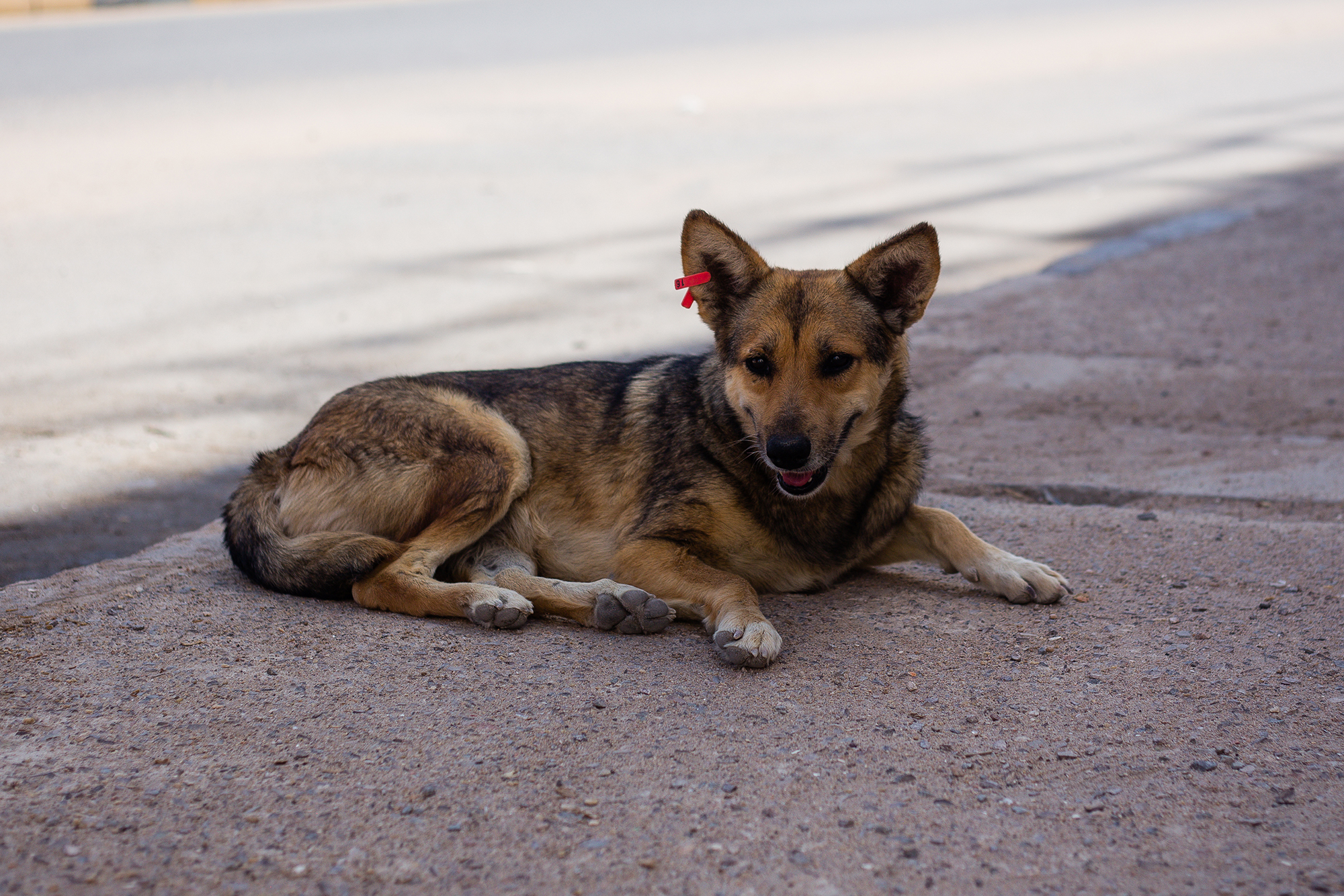 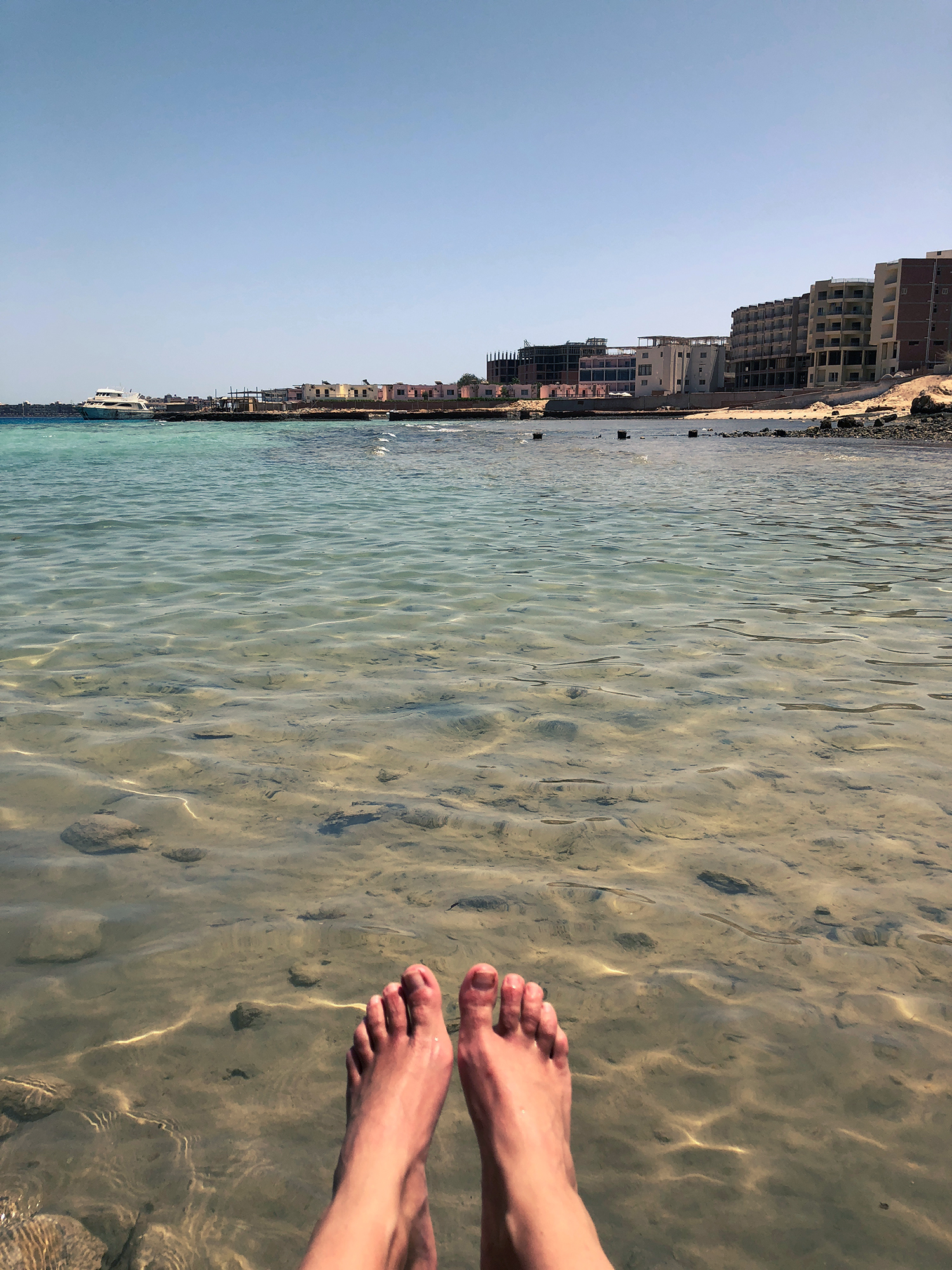 I met a lot of new cat friends, whom I never get to see again. Unfortunately. 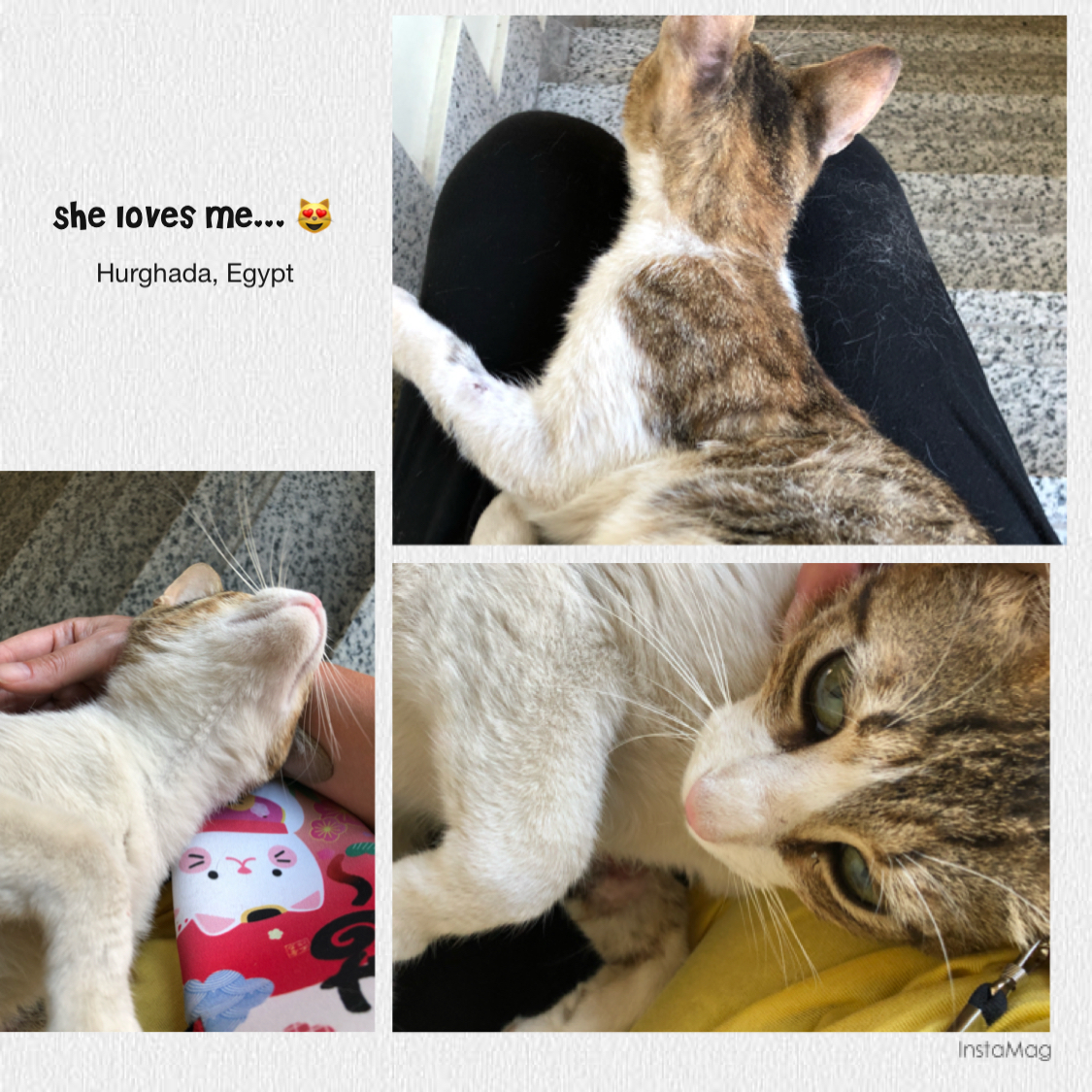 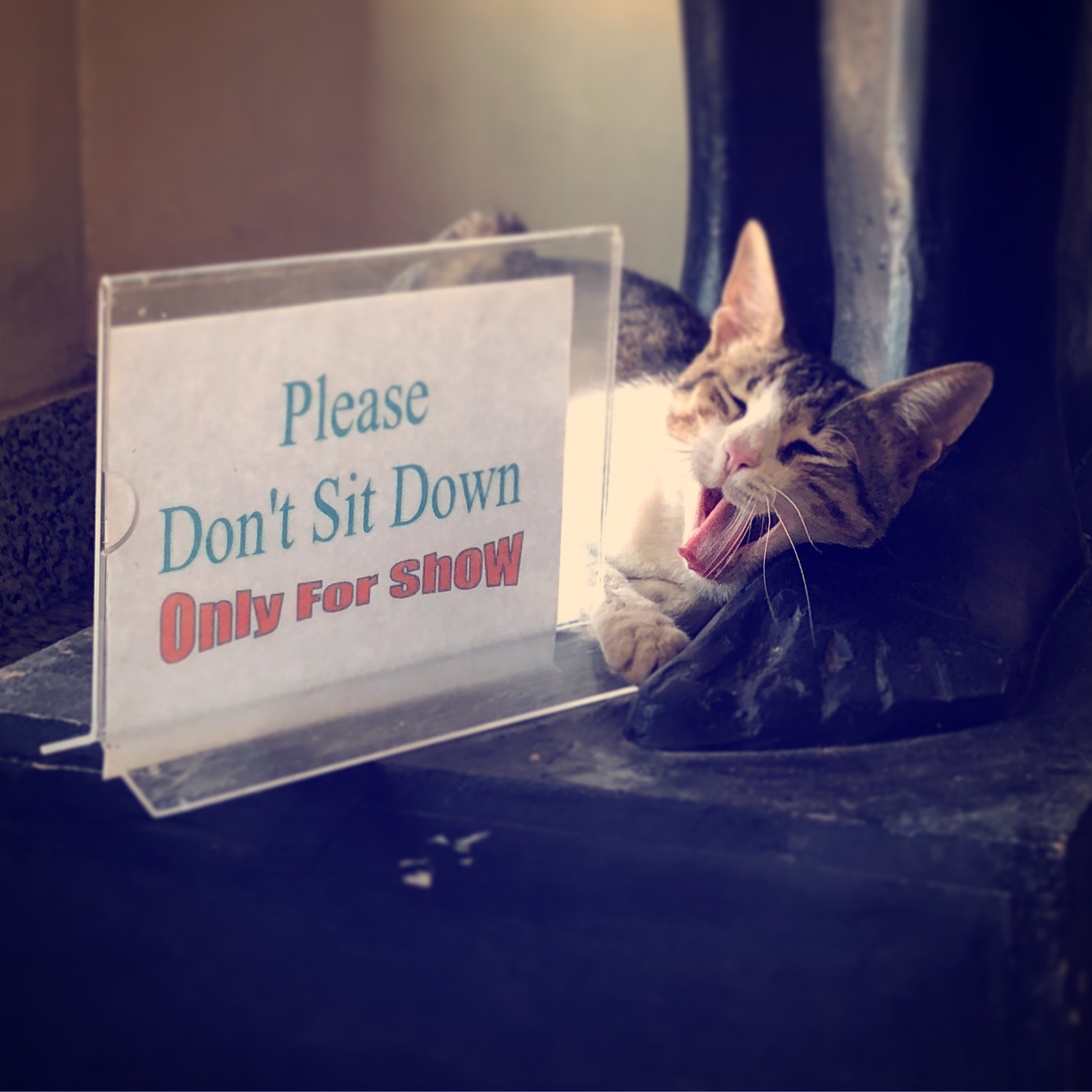 I wandered around Hurghada a lot – had large blisters under my feet due to this wandering hobby of mine. And bad shoes of course. It was so hot and I had useless synthetic sandals… I tried to stay away from obvious ghettoes, but to be completely honest, everything in Hurghada looked like a ghetto, so it wasn’t the easiest… I pondered: if it happens it happens! What can I do? 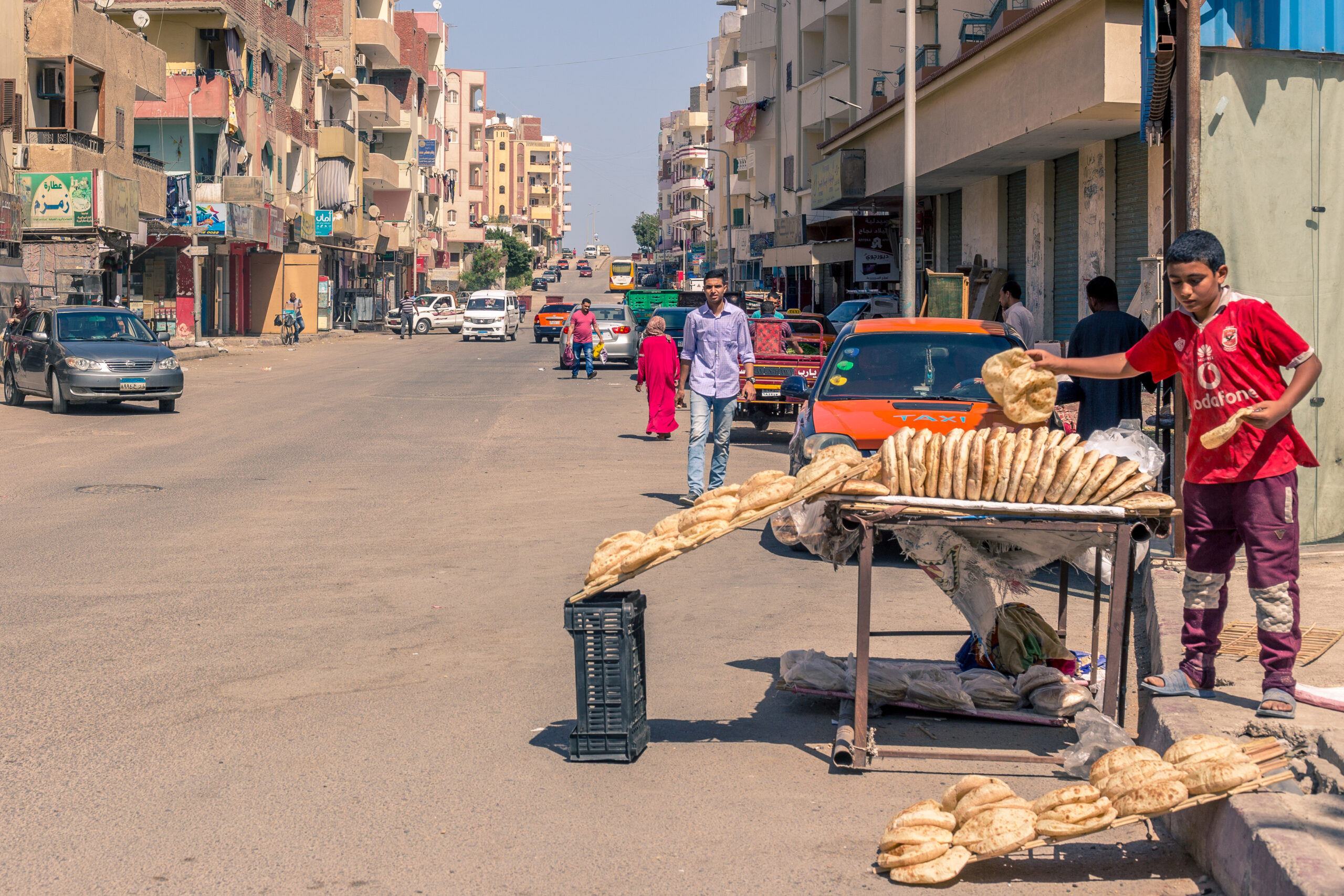 All in all I was somewhat disappointed in Hurghada. I’ve heard a lot of great things about it, admittedly stories from the glory days of Hurghada, but still. I wasn’t at all prepared for how much desert it was, and that is because I hadn’t done my research.

Hurghada is after all – the desert – I had totally missed that part!

My accommodation was slightly off, very far from the centre, so that was a bummer. But to be totally honest, again, the centre wasn’t all that anyway, so it didn’t matter where I stayed. So well, Hurghada – disappointed or not – it was still a lovely vacation!

Have you been to Hurghada Egypt? What is your opinion? Please leave a comment!