Luxor Egypt – back in the day known as Thebes – my last stop before going back to the charter trip and Hurghada. And back home. My last bit of freedom. Well, my trip hadn’t had much of a charter trip flair at all, besides the fact that I was staying in an all inclusive hotel in Hurghada. Apart from that, well, it could have been any hotel anywhere on any trip.

I arrived from Aswan in Luxor around 5 in the afternoon, and I was totally exhausted of course. The trip had been long, even though very comfortable in a nice car with AC and free access to bottled water. As much as I could drink. Whenever I felt the need we stopped for toilet breaks, and I was the only passenger, so I was basically the Queen. I was super pleased!

Regarding the hotel – it was a really nice hotel in Luxor Egypt as well. MemphisTours, the agency who booked my Cairo-Aswan-Luxor-Hurghada trip had done a great job! I was really pleased with their services. No, they are not sponsoring my post… The best thing with the hotel and the room (even though I was disappointed the room wasn’t equipped with wifi – how awful!) was the balcony view – over the river Nile.

It was particularly beautiful in the morning when the sky was full of air balloons. 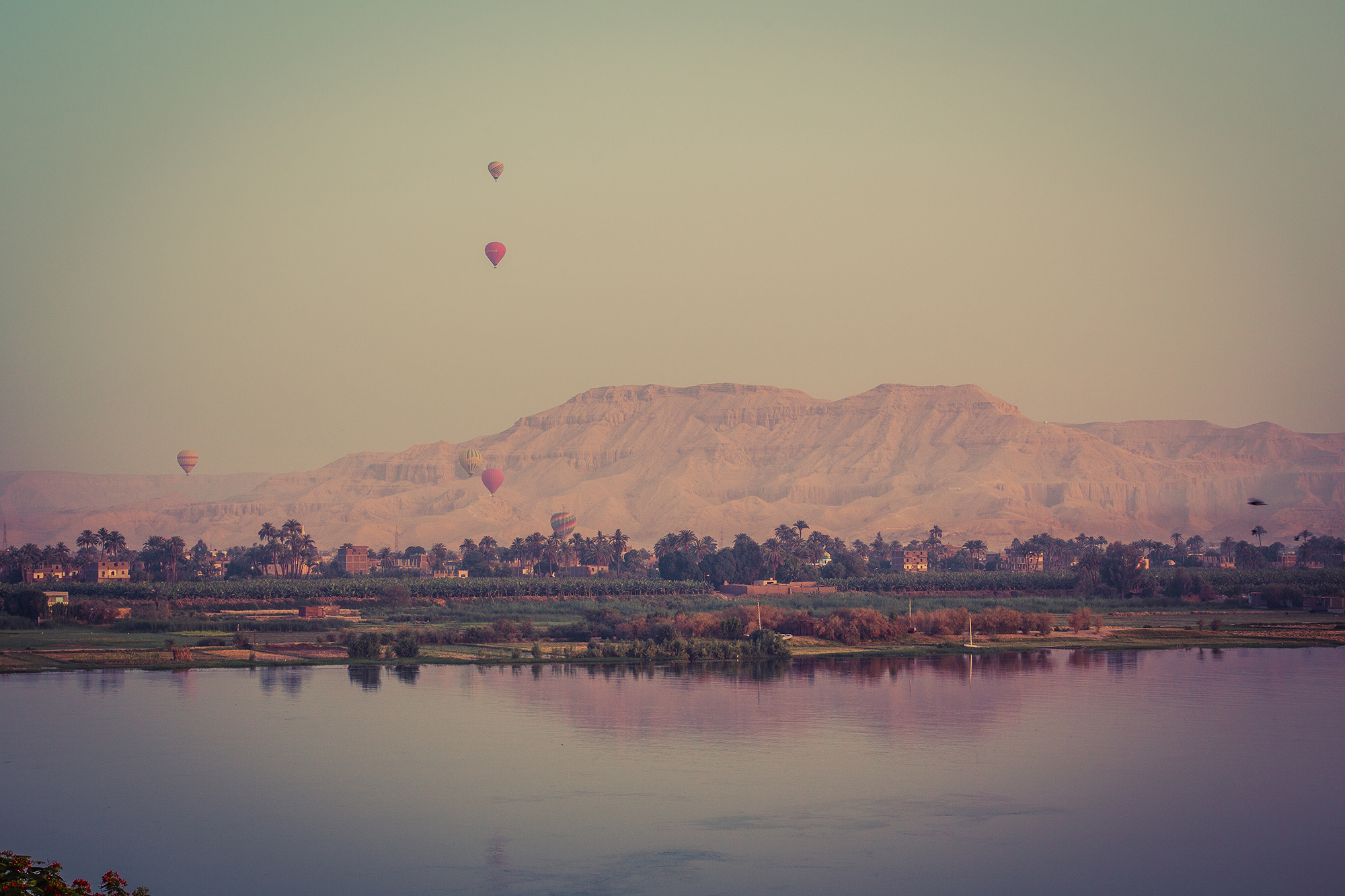 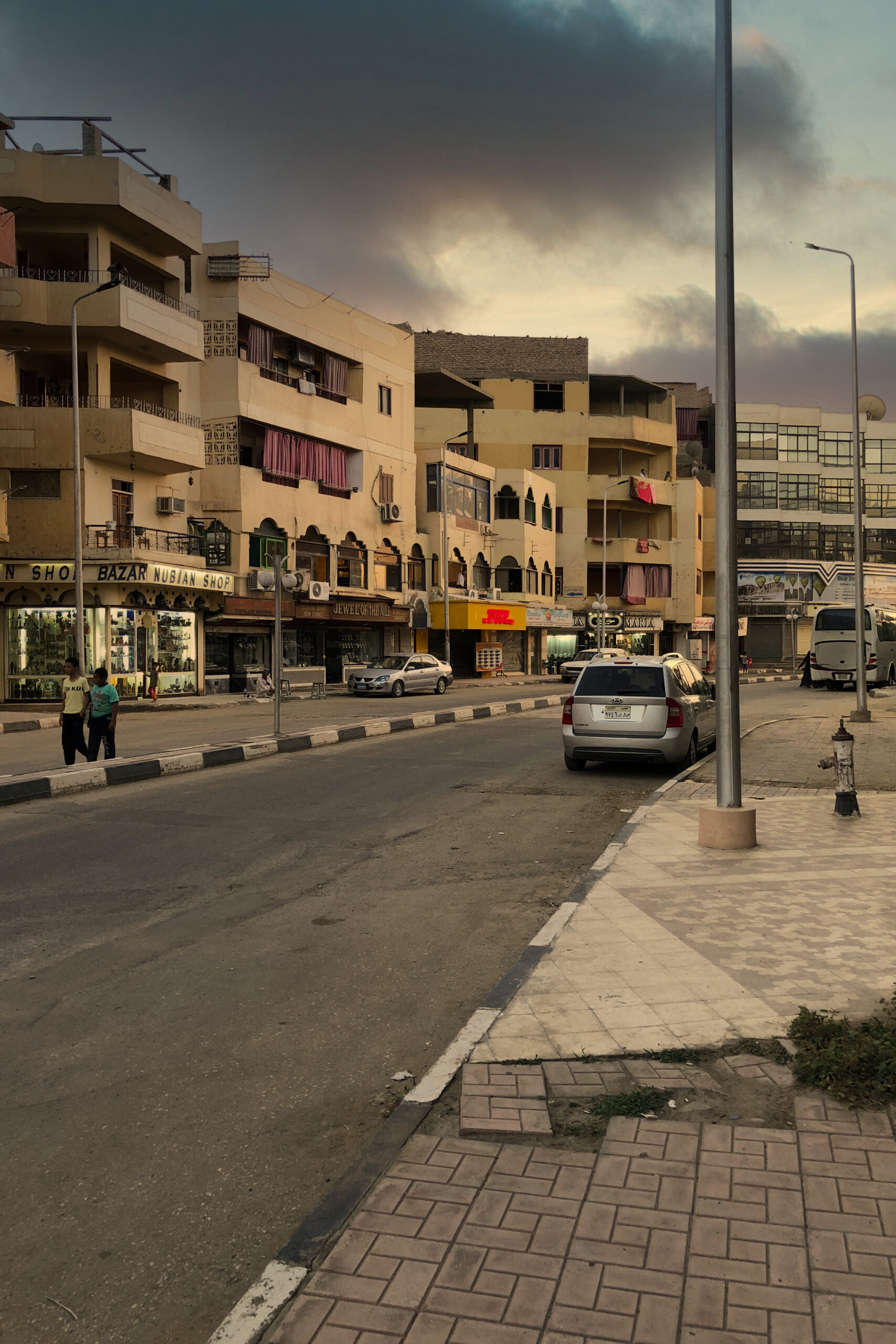 In the evening I walked around a bit, but most shops were already closed. To my annoyance I was forced to eat at McDonald’s, since that was the only open establishment. At least the only one I found…

I was too tired and hungry to go out searching, so it would have to make do…

On my way out of Mackiedo I met a small hungry looking cat, so yes, unfortunately it would be nuggest for that one. The poor thing was however, just like me, not very hungry for Mackiedo trash food, he didn’t even eat it! Can’t say I blame him!

Even though I made the effort to “peal” the nuggets, they still weren’t good enough! Interesting!

The following morning, after looking out at the air balloons it was time to leave. We had 4 stops planned during the day before it would be time to drive back to Hurghada, so it was time to get moving.

The first stop for the day was Valley of the Kings. Here you’ll find the tombs of the Pharaohs from the New Kingdom, that would be 18th-20th Dynasties. All tombs aren’t open for the public, unfortunately AND thankfully.

Why “unfortunately”? Because I love everything old (why I didn’t become an archaelogist is just weird!) and am fascinated by ancient cultures.

Why “thankfully”? Because I know how much tourists destroy. Sometimes it’s just enough with us walking on the stone laid thousands of years ago, just for it to get worn down, so much so that nothing will be left shortly enough.

Touch alone can be devastating…

If I’m not completely senile, which would be possible here, these images are from the tomb of Ramses IV in Valley of the Kings. I hope I’m not lying to you now, so please have a heart… 😛 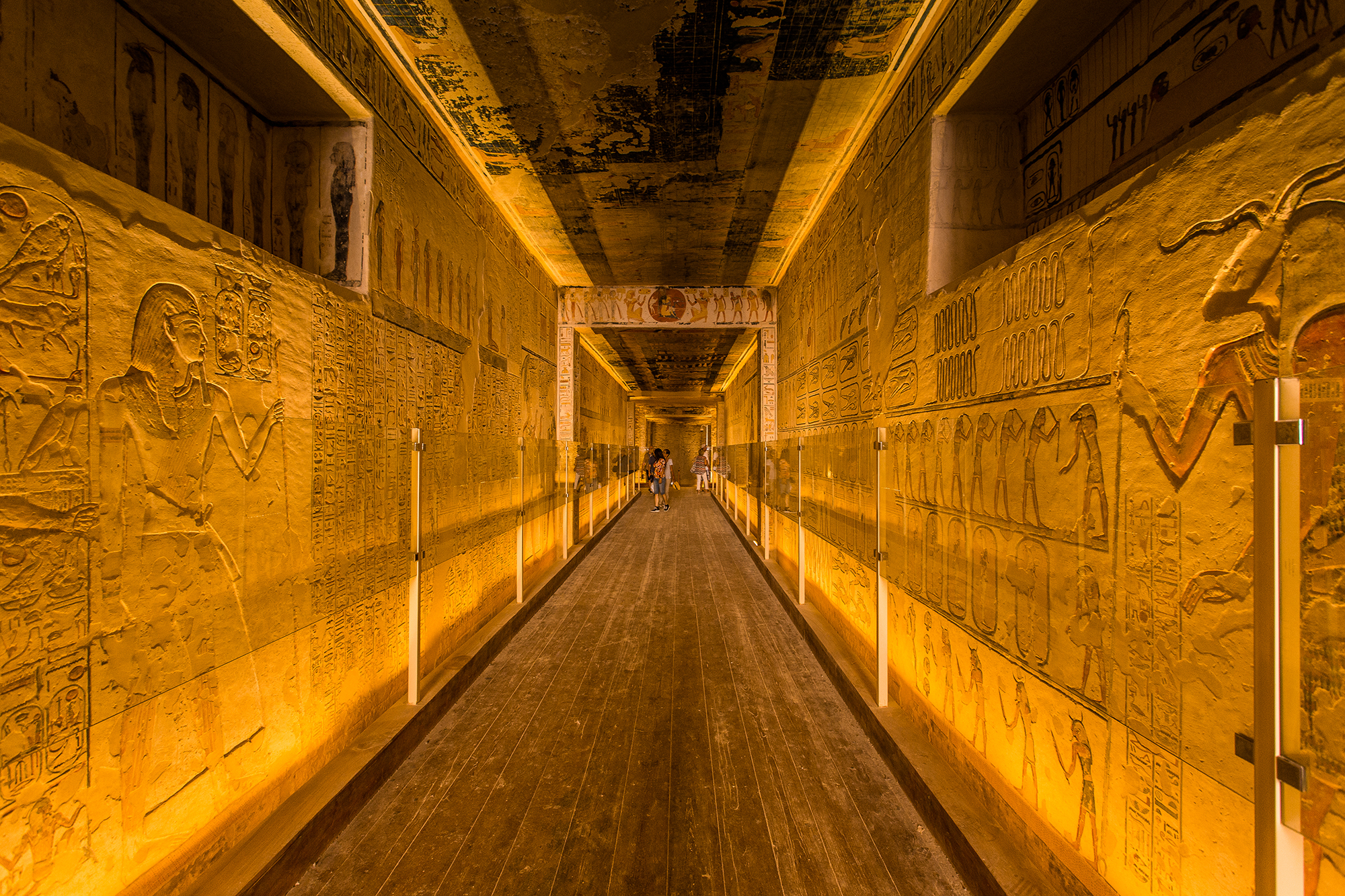 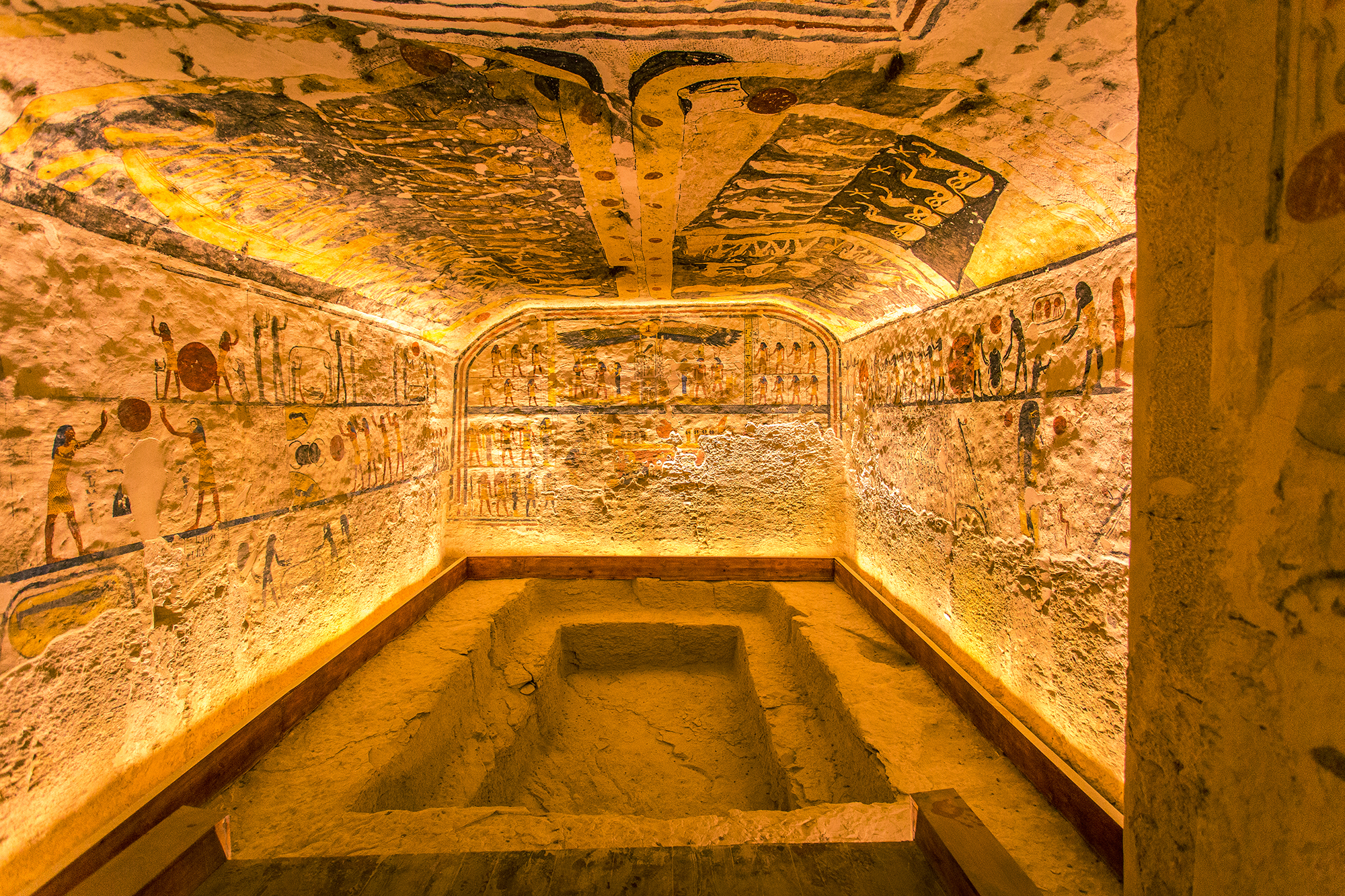 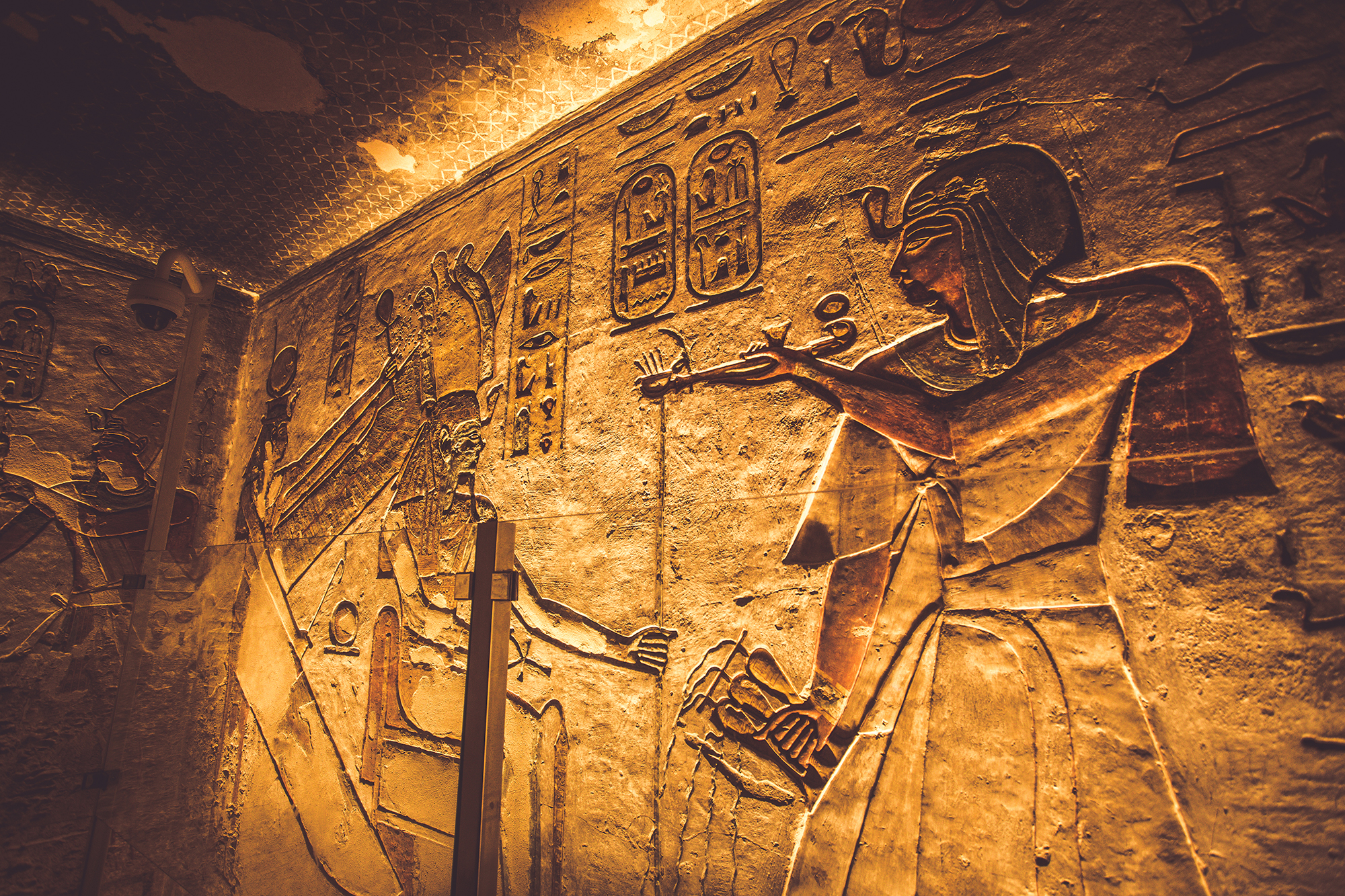 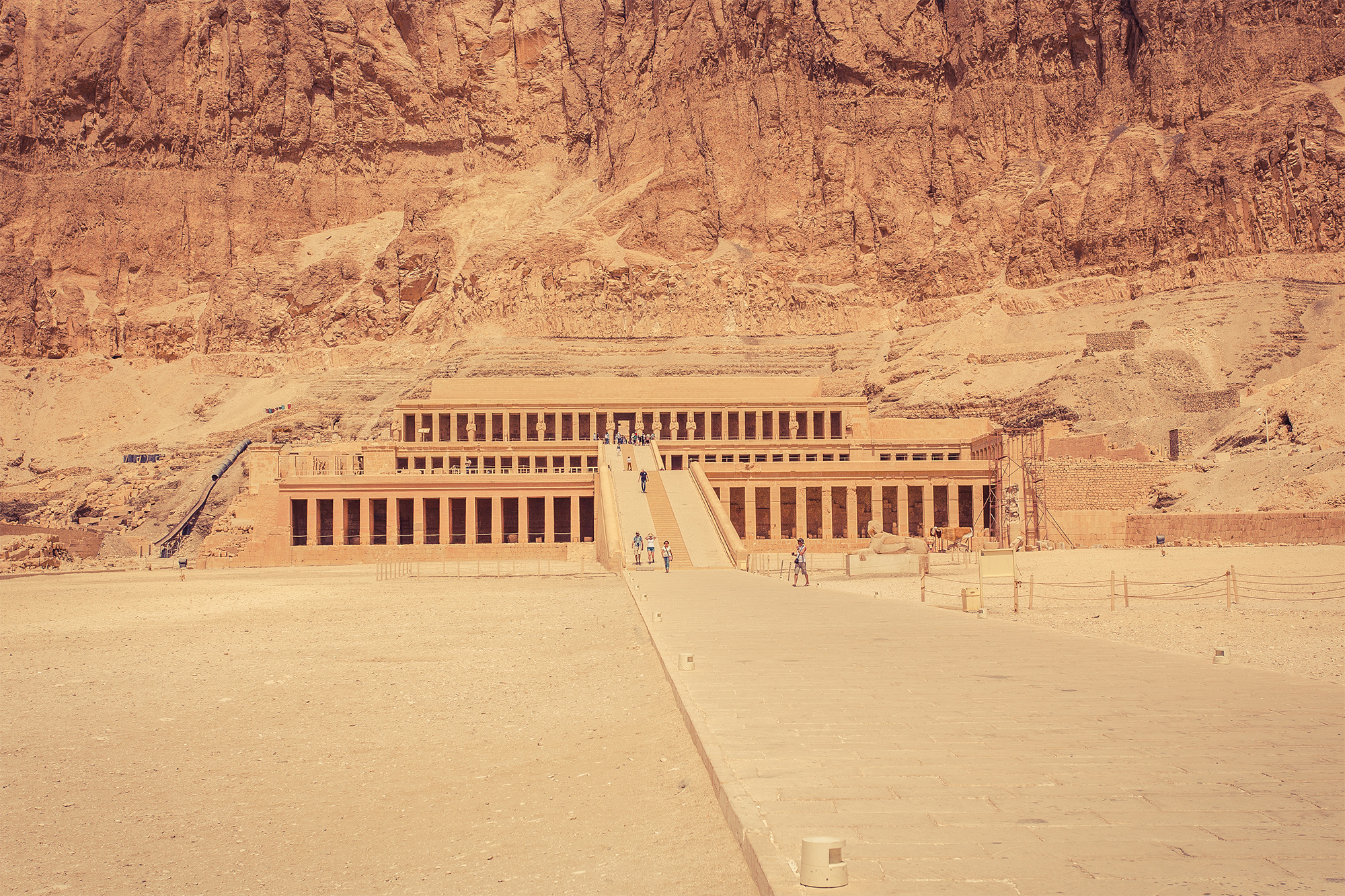 Hatshepsut depicted herself as all Pharaos before her, with male attributes. After her death Thutmose III erased everything about her, so for a long time we didn’t even know she had existed at all.

Her history is interesting and she is viewed as one of the most successful Pharaos. Even though she was a woman…

Karnak was once a part of the ancient city Thebes (aka Luxor) in Egypt. The main difference between Karnak and other temples in Egypt is the long time span of Karnak. According to records 30 Pharaos were involved in the buildings here. Construction started during the Middle Kingdom (2040 BC – 1640 BC) and continued on into the last dynasty – the Ptolemaic Kingdom (305 BC – 30 BC).

Arriving at the temple I saw a puppy under a tree barking and crying hysterically. Next to her was a dog, which I felt would be the mother. It was obvious to me the mother was dead and the puppy alone.

I told my guide, who at first just brusquely dismissed me. Then, when I dismissed my guide and started to walk over to the puppy he understood I wasn’t going to let it go, and he called some workers. They removed the puppy and the mother. Where I don’t know, and afterwards I got anxious – did they kill the puppy?

These things make me feel bad. The anxiety just eats at me. Why didn’t I do more? 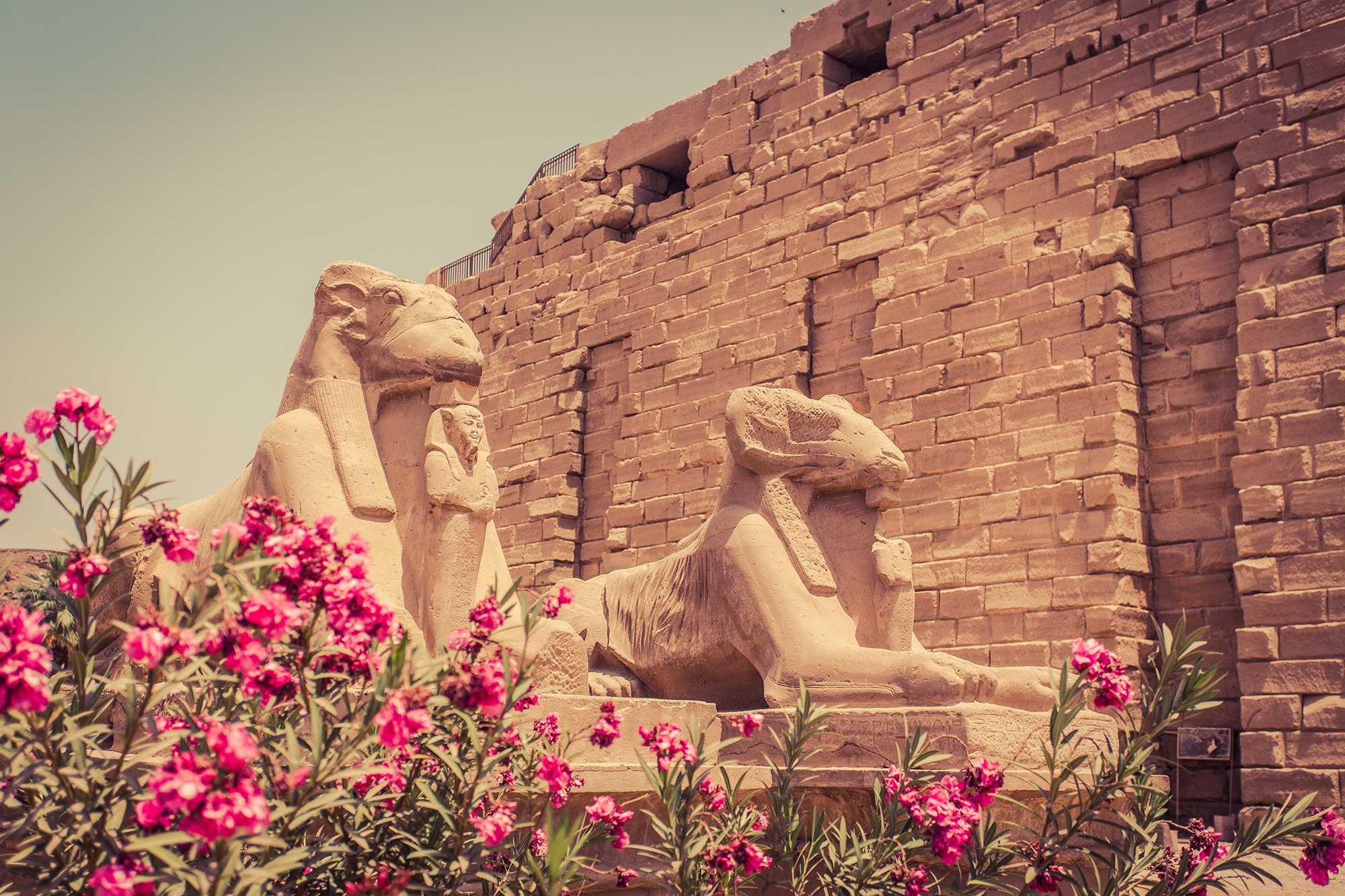 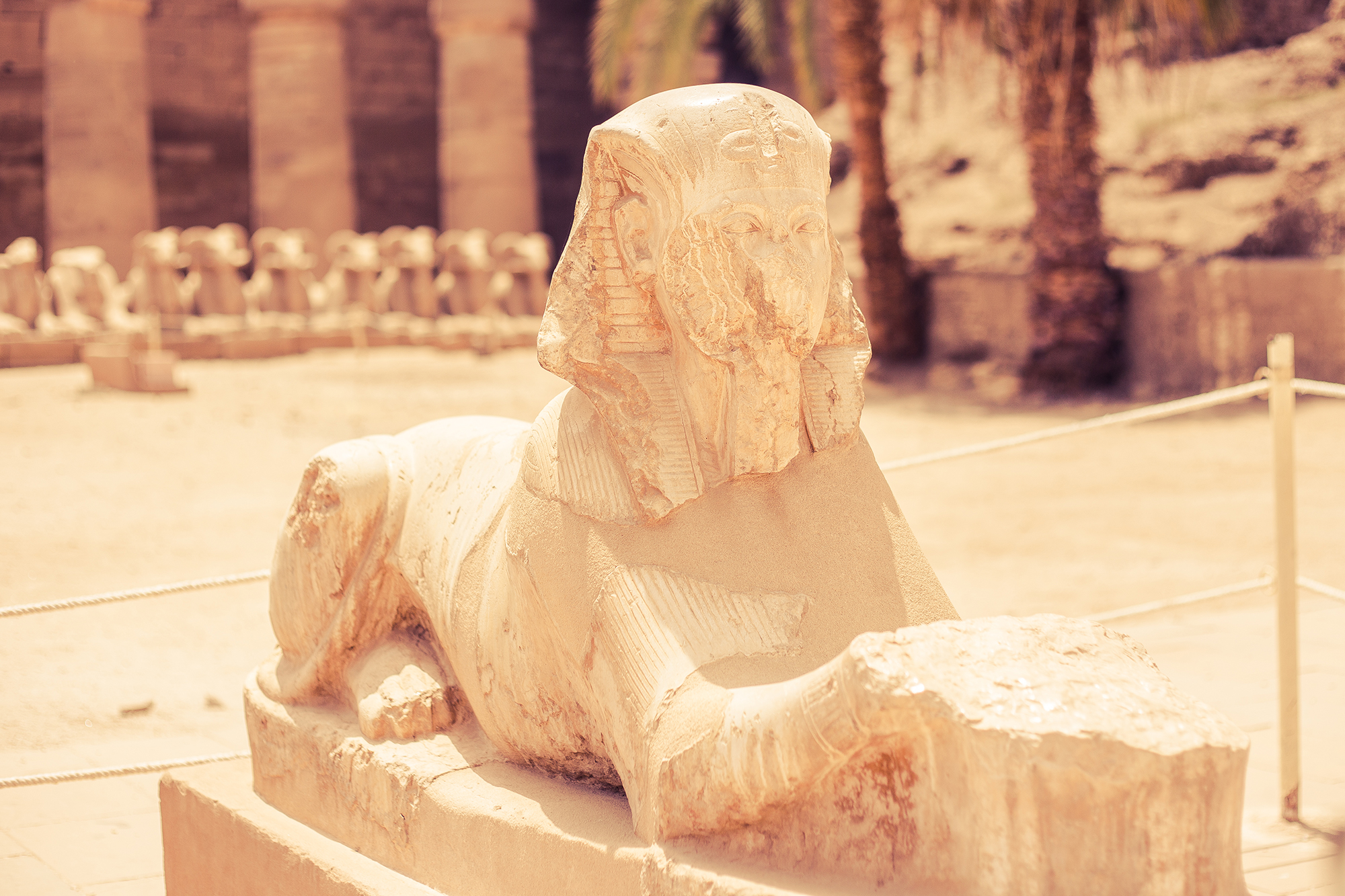 I was insanely impressed by the Karnak Temple, you feel so small walking around here. These enormous columns, it’s incredible just considering their size and that humans actually built them. How? 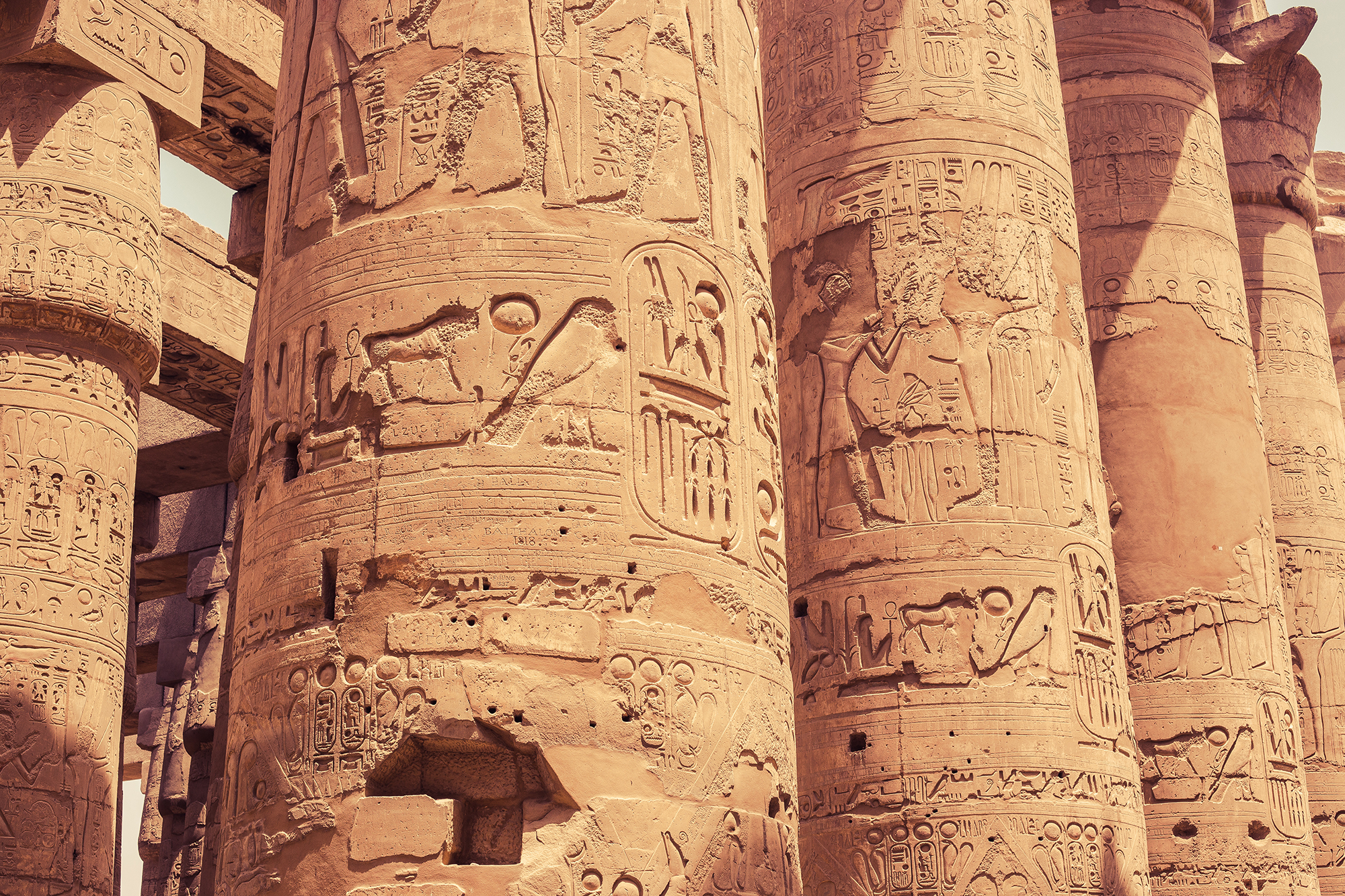 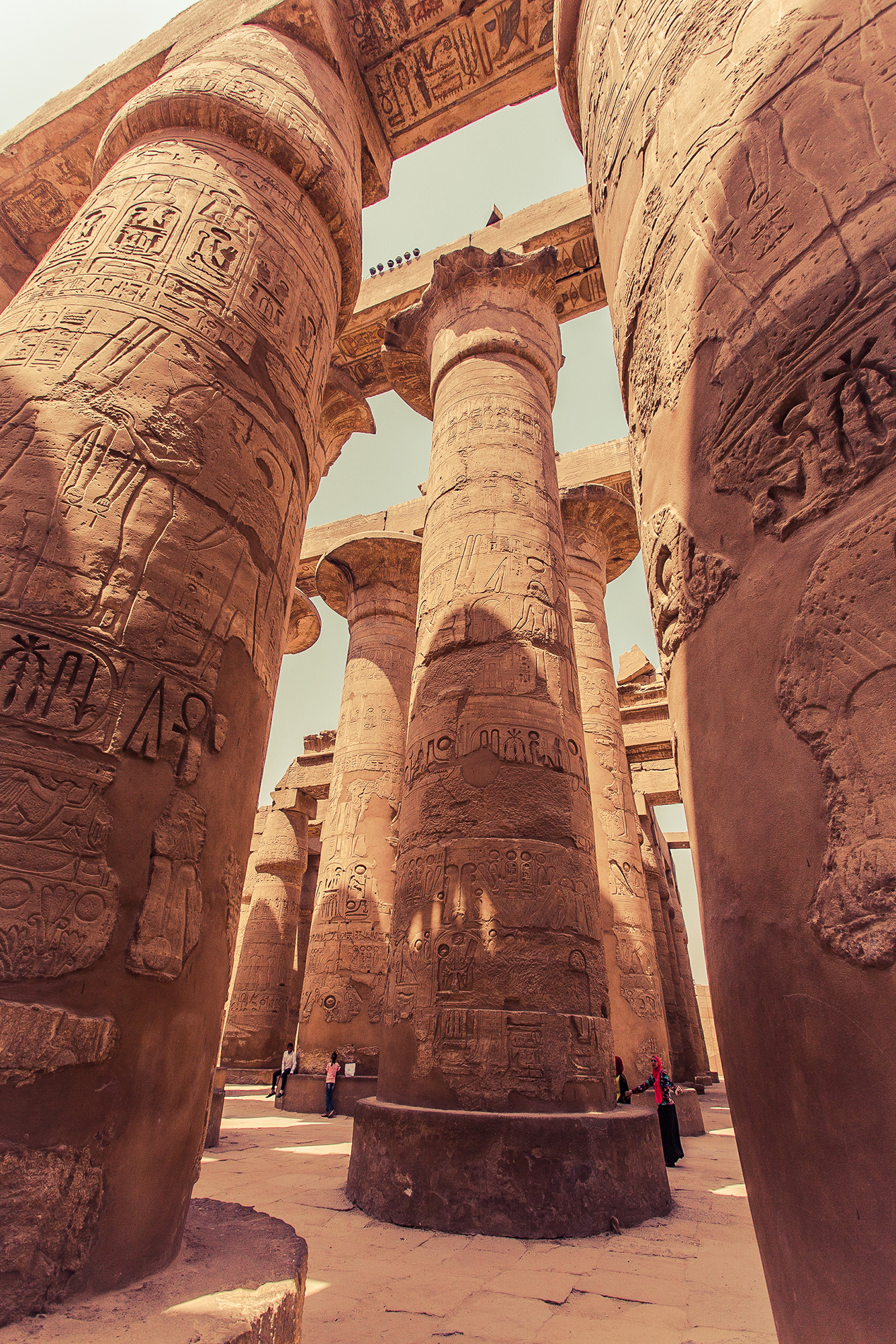 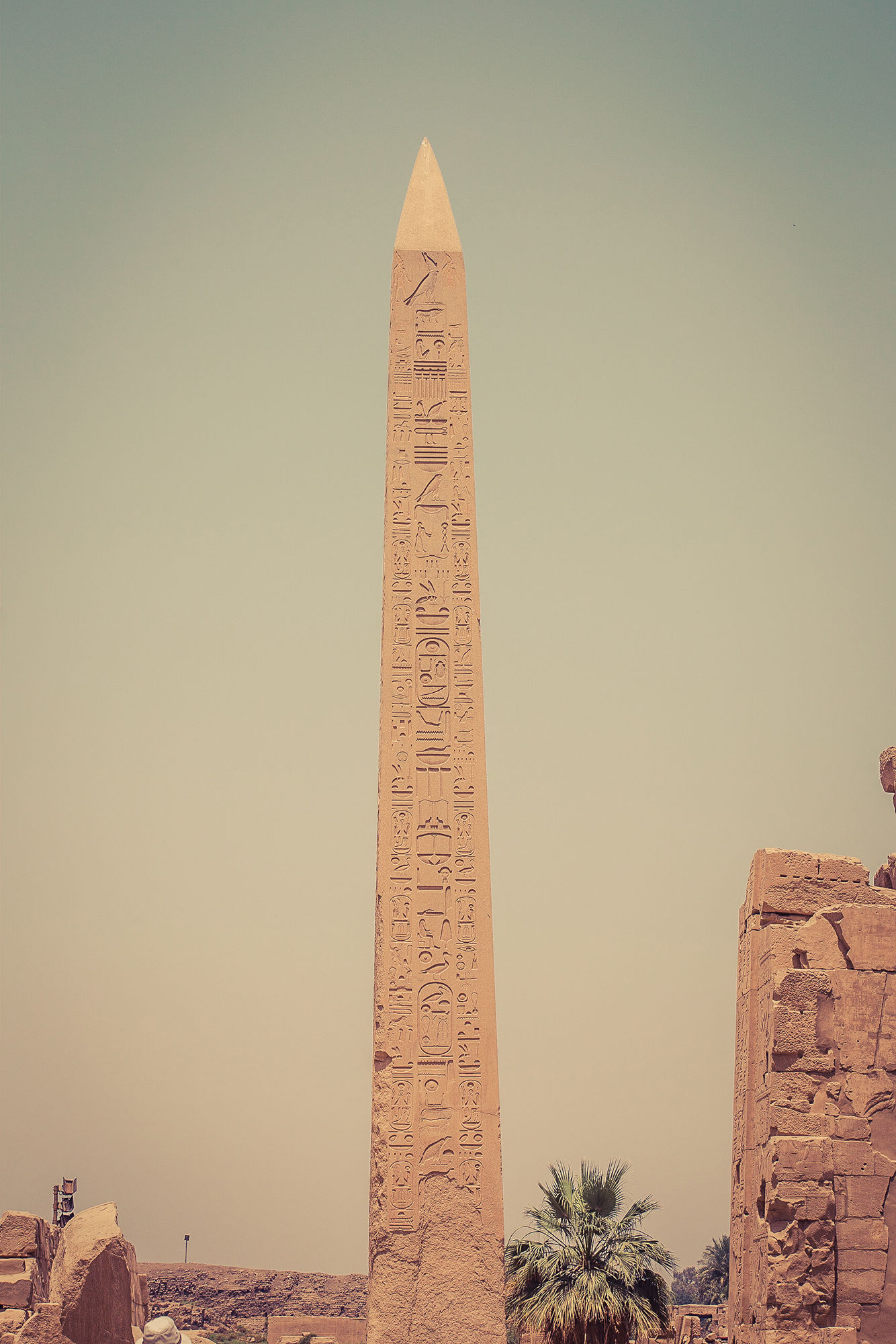 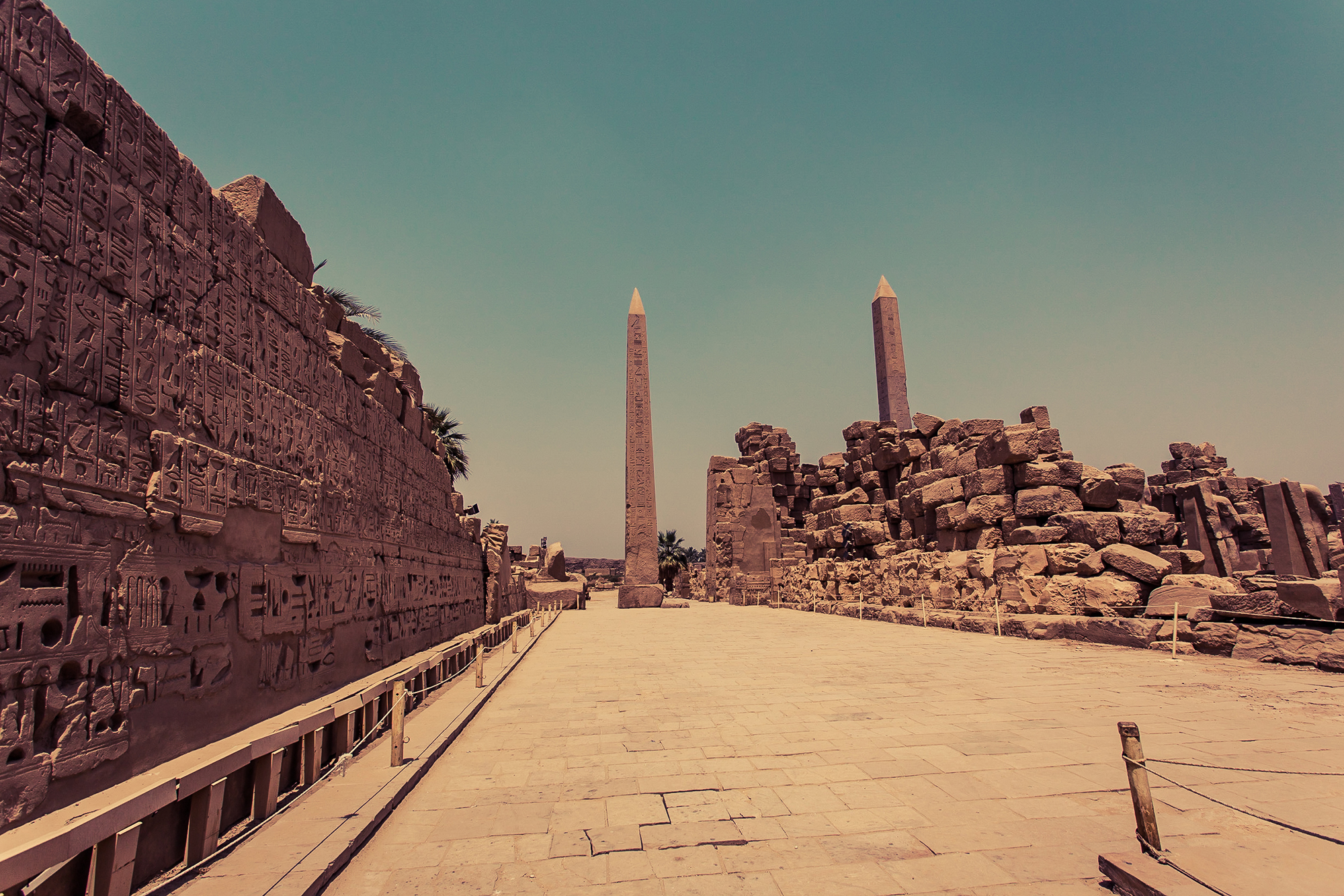 The obelisks in Karnak Temple has a family member in the Hippodrome (Sulthanamet Square) in Istanbul, where it’s been standing since 390 AD.

Because of the puppy my mind was somewhere else during my visit at the Karnak Temple. Yes, I’m sensitive and emotional, that’s me. Even though I tried to look amused in photos, my stomach was up and down, and I didn’t really appreciate this magical wonder of Karnak…

The Luxor Temple is in the middle of Luxor city. After having seen Karnak nothing really compares, so Luxor Temple had big shoes to fill. To be honest. Even so, it was beautiful, peaceful, of course. I will give it that.

During 14th Century BC they started building this temple and the feeling of running around like a tiny ant among these powerful monuments is indescribable. I had done it all day. And the day before.

I felt as grateful as insignificant and humble. 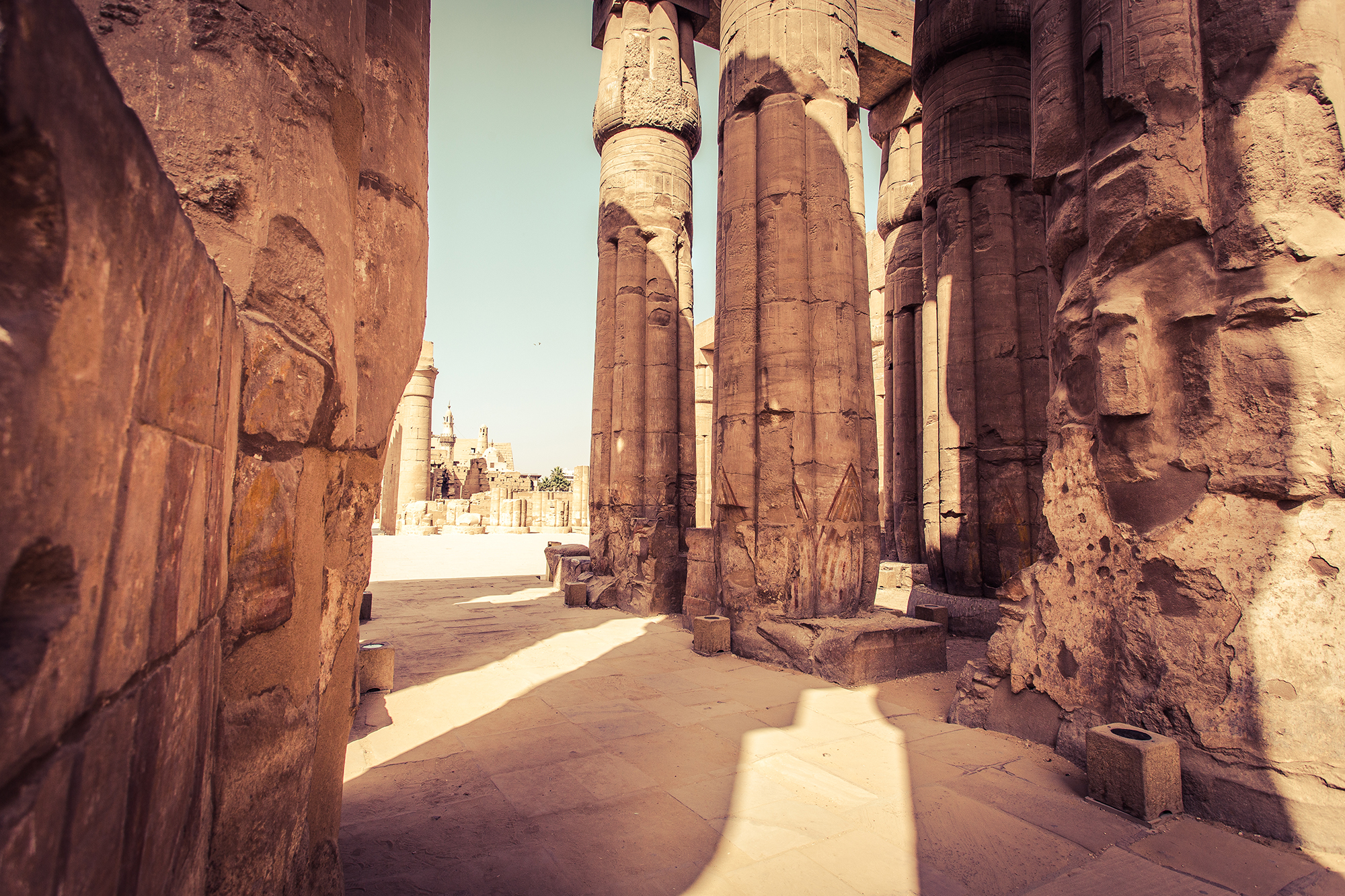 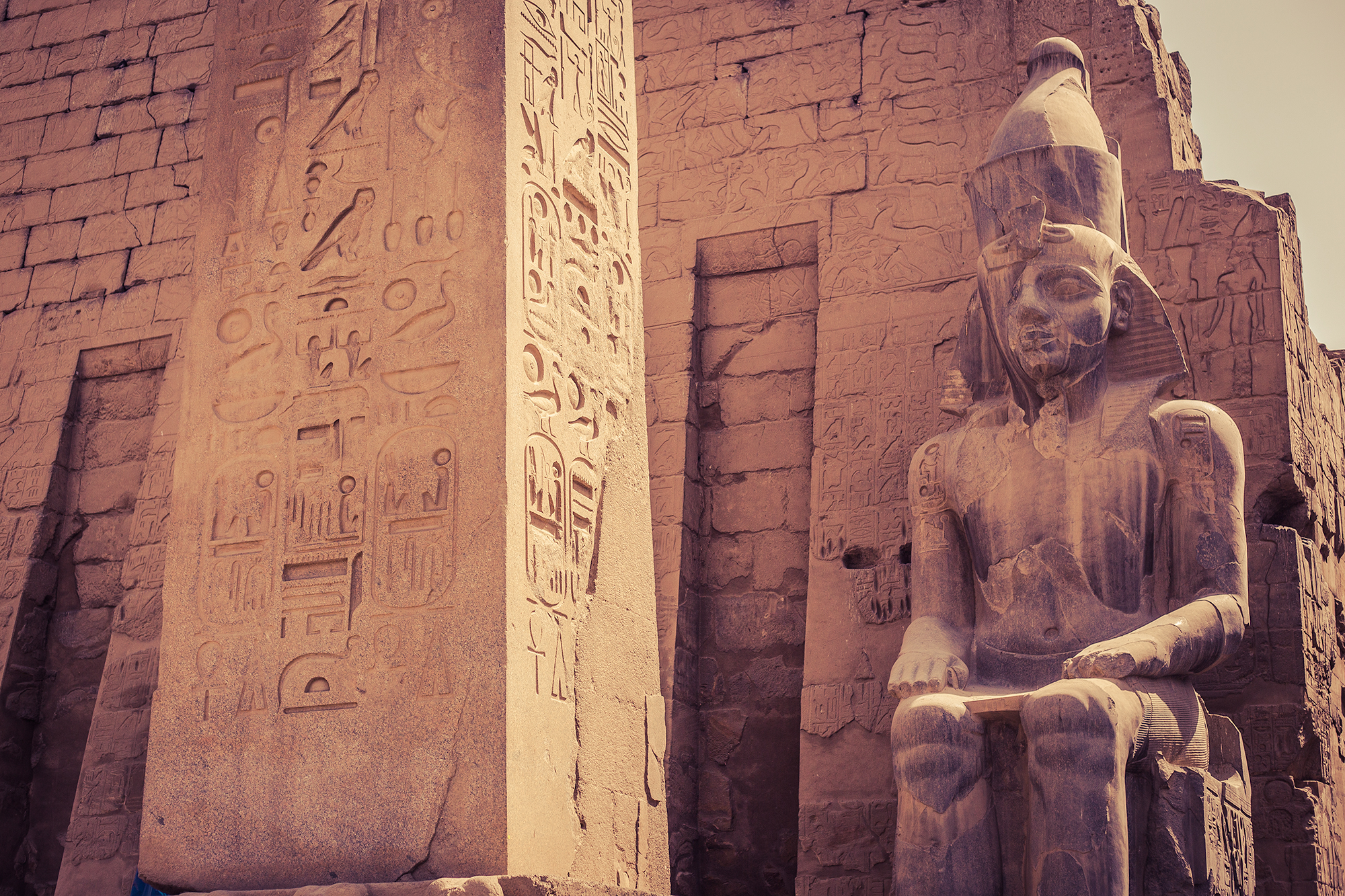 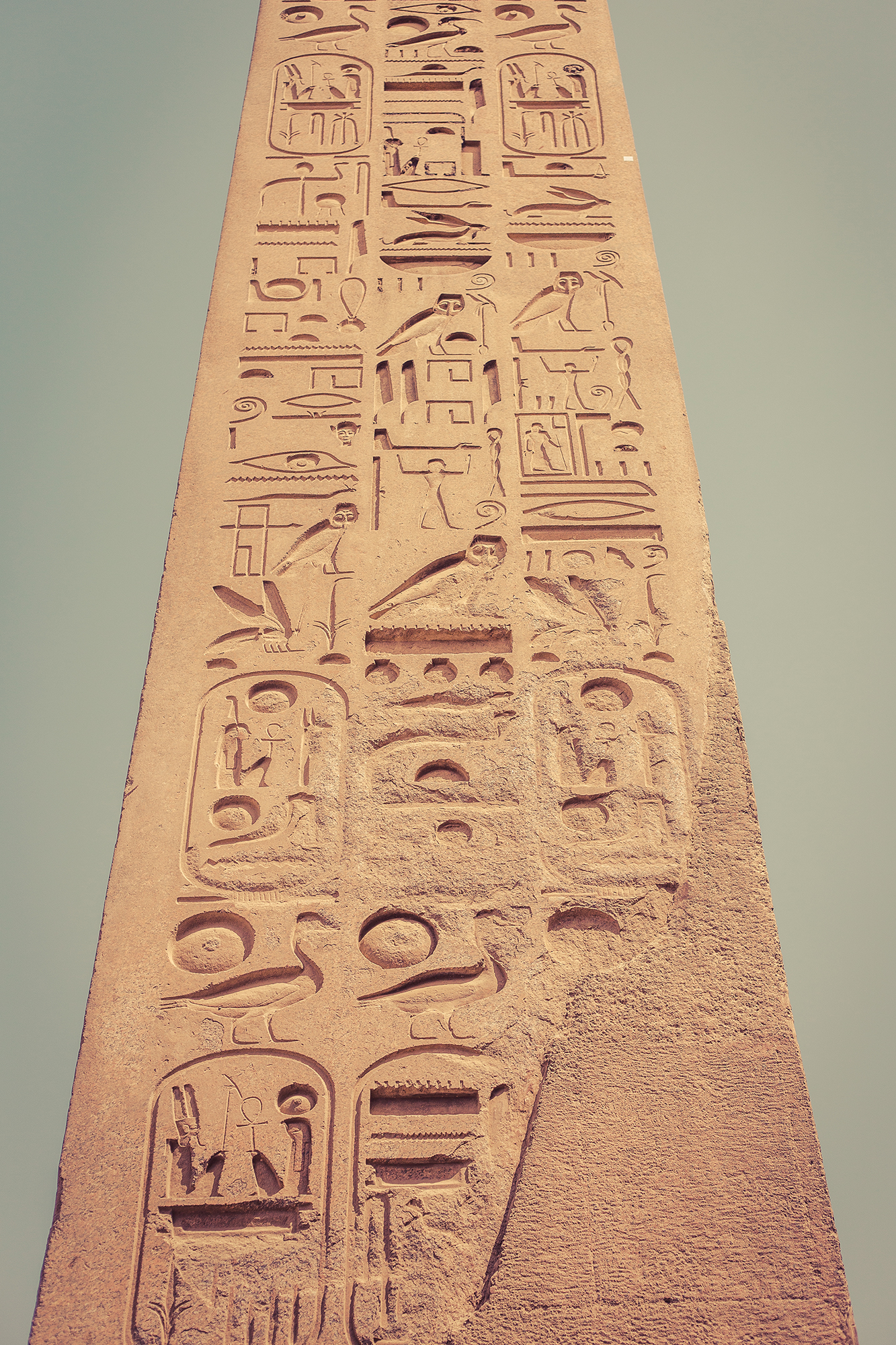 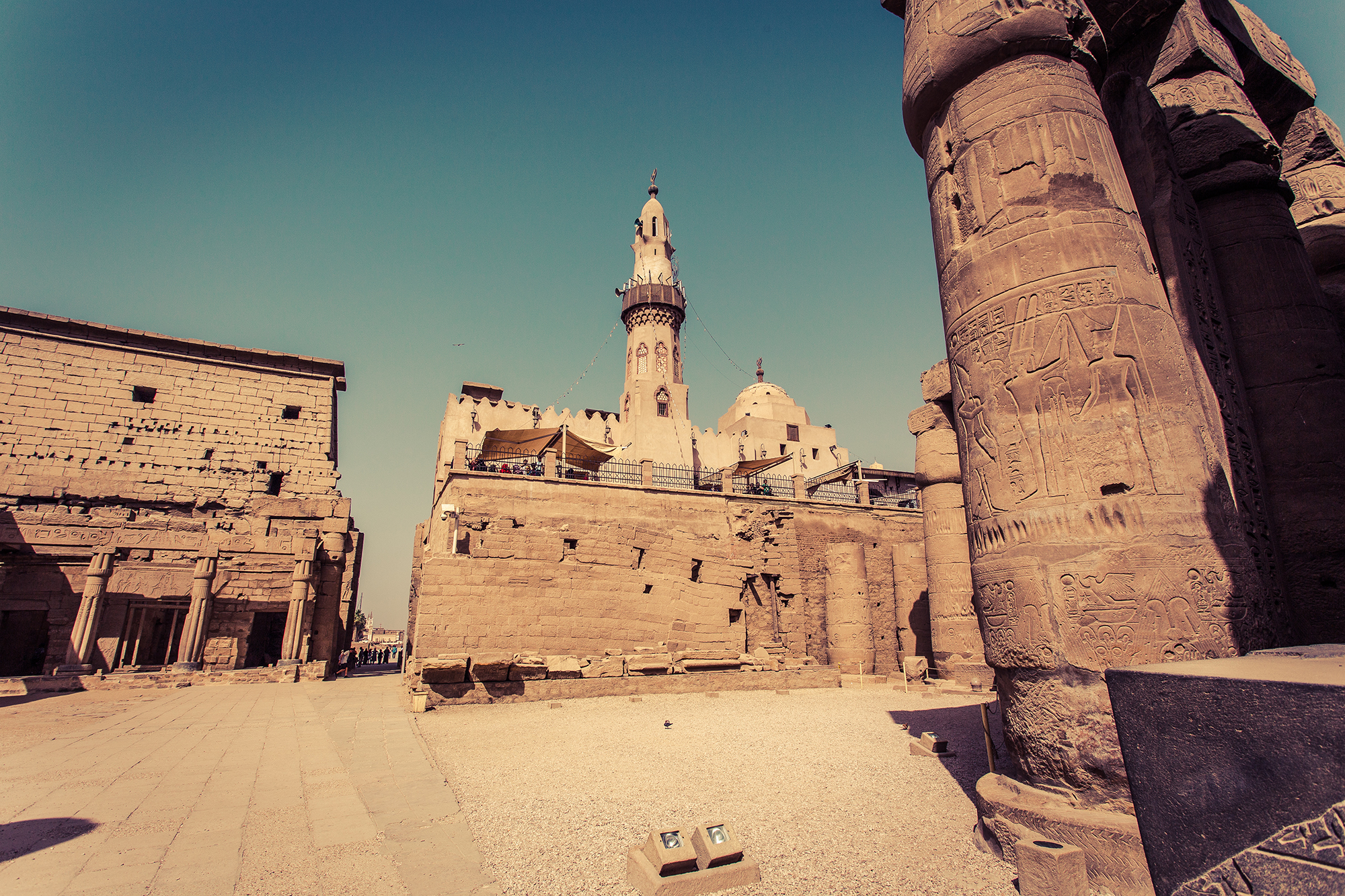 Something I felt… I don’t know… is “weird” the right word? My guides – obviously Arabs all of them – spoke about the Ancient Egyptians as their ancestors. The first time I reacted as if someone gave me an electric shock. Isn’t that slightly odd?

Maybe that’s the same thing and I might only be fussy and reacting weirdly in this case. I don’t know…

After visiting Luxor Temple it was time to head off to my end station Hurghada. Back to the desert. Now I’d seen a different side of Egypt, different from the one Hurghada had shown me, and I loved it.

I had seen so much beauty, but still it was just the tip of the iceberg. Egypt has really so much to offer and I do hope I can return one day to see more of the country. For example hopping on a Nile cruise. And another visit at the Giza plateau. Well, Abu Simbel too… And all the other temples I haven’t seen… the list goes on!

Have you been to Luxor Egypt? Visited the Valley of the Kings? What did you think? Please leave a comment!