No wonder I constantly feel misunderstood!

That so many also had a hard time accepting me as an introvert when coming out could also be either that I’m very good at playing the extroverted role, or the fact that I am an INFJ, which is the personality type most often mistaken for being an extrovert.

So, what does it mean being an INFJ? What’s it about and why do I seem so proud to belong to a random group of people, like Hitler and bin Laden (the worst of us), and Jesus, Mother Teresa, Mahatma Gandhi and Martin Luther King (the best of us). Or what about Loki in the Marvel movies? 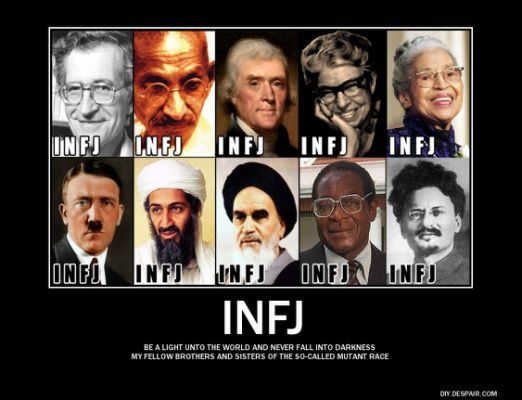 During several years I thought there was something wrong with me, which it was to some degree, but not in the way I had been walking around believing! So when I found out that it was most due the fact I was an introvert (and later an INFJ) it was like the puzzle just laid itself.

The more I read, the more I understood myself and my feelings. And other people’s feelings.

This realisation contributed to me not feeling as broken anymore, and that in turn started my healing for real. I could now allow myself to be alone without feeling guilty because it was normal having a huge need for solitude. Normal for an introvert. I learned that solitude was just what an introvert needed to heal!

An INFJ is unique, like all people are, but some are more unique than others 😉 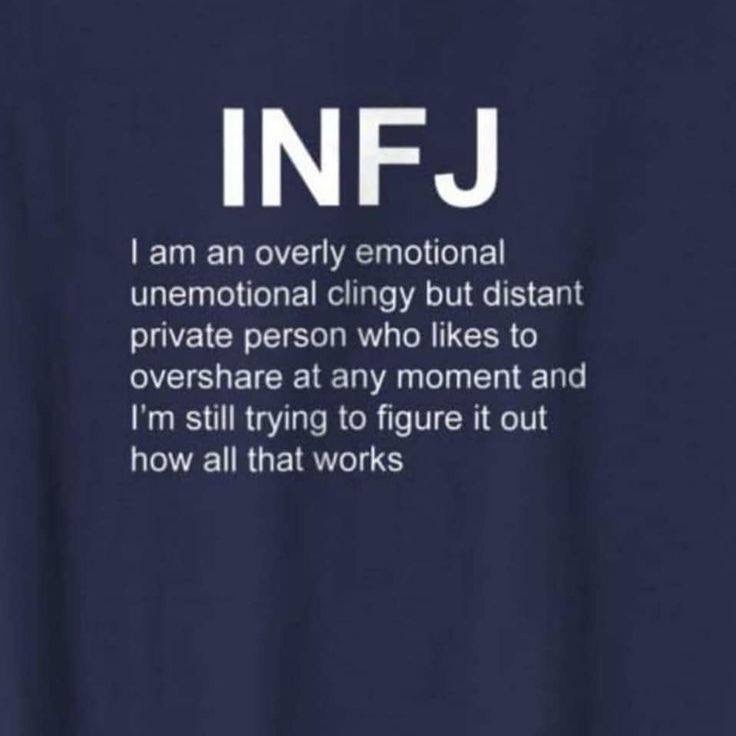 I am a person who constantly seeks balance in life and in everything I do (I am after all a Libra too), and it’s pretty messy when I’m always being drawn in separate directions. To always be able to see solutions, but never being able to decide for a single one of them.

This dilly-dallying can drive me crazy!

One thing I feel is hard being an INFJ is the loneliness. Superficial realtionships are nothing I waste my time on anymore, but that also means my friends are few. I love being alone, in solitude, but sometimes I miss the exchange of a meaningful relationship. Or just company from the right person… Some things are just simply more fun when you’re not alone.

The INFJ is missing something that never really was. The idea of something/someone.

It’s hard to explain. I have a longing within, a longing for something I don’t know what. A home I’ve never known. A soulmate I never met. A place I’ve never been. Maybe it’s as simple as something or somewhere i truly belong? A wish so strong to be understood, to have someone who truly knows me.

According to many sources the INFJ doesn’t even have their own feelings, but feels a whole range of feelings from other people. I don’t believe all INFJ:s are empaths, like me, and I don’t know if this – the whole empath thing – is a personality trait that is strengthened by being an INFJ, but I can assure you this is for real. This is not hocus-pocus.

If I also know the person – have a bond with them – I get affected by their emotions even easier and sometimes I have no idea whether these are my own feelings or someone elses… Dilemma!

A common behaviour from the INFJ is to mirror the other person; friends, partners, family members, colleagues – well the lot! When I’m socialising with several people at the same time, maybe with different personality types as well, it gets tricky – I get confused and don’t understand how to behave – or relate – at all, who to be.

This is how an INFJ relate to other people, by creating a bond the other person feels comfortable with.

This is not the same as being fake. The worst on my list is fake people. But it’s hard to explain this thing for someone, who is not INFJ, without sounding fake, so I’ve given up, like with all the other stuff I keep inside…

I have my own personality, and today I know who that person is. 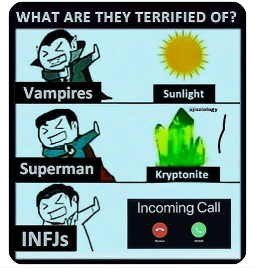 For me mobiles have been a huge stressor, and especially during the time I didn’t feel all that great.

To constantly be available is not healthy for anyone.

Today I always keep my phone on the “Don’t disturb” mode, so basically no calls are getting through. At all. To do this has been an important step for me to heal, it has calmed me down and I comfort the part of myself who’s actually still stressing out about not being available 24/7 for everyone and anyone with the fact that for the greater part of my life I haven’t been available 24/7 either, and people survived. I’m referring to when the mobiles weren’t even around…

People seem to have forgotten this period already…

Besides I don’t really get this hysteria with speaking on the phone constantly? Why can’t you just send messages?? 😛

Many turn to the INFJ to talk. Even strangers. In some way it seems people in general feel safe with our energy and just hurl things out of their mouths we haven’t even asked for.

For an INFJ this doesn’t go both ways, because we don’t share that easily. No one knows our deepest feelings. Sometimes we try, but it gets messy pretty quickly, and that brings on the classical deconnection or shut off.

I can try and explain something but when I notice I’m not getting through I just throw in the towel. But to even get to the point when I feel like sharing, it would have gone pretty far. Usually, the sharing is just closed.

This one is interesting. We try and try in relationships. We cry and we scream and really try until the end. Until it’s one day finally the end. Then we walk out, shut the door and never turn back. Just like that. Never look back.

Oh, yes, we grieve and mourn broken relationships, but we rarely go back, once we left the building. The door is slammed shut. We’re moving on. Because we have had enough. Plain and simple, and what many people don’t get is it takes a hell of a long time for the INFJ to get to that point when we finally had enough. And we have suffered so much before the door is finally slammed shut – that’s why it’s called the Door Slam.

It’s almost as if we’ve finished mourning when the day’s finally here, so we can move on pretty quickly.

As long as we are crying and trying to talk it out, the relationship is salvageable. When we stop talking, or just seem neutral (no tears at all) – the train has left the station. Over and out, the end.

When I read this chills went down my spine – this was so me!

There are lots of peculiar anecdotes I can rant about being an INFJ, but I don’t want to bore you 😉 We will get there. This was just a taste of what it means to be an INFJ. It’s a blast – every day…

Have you done the Myers-Briggs test? I can recommend it if you haven’t! It opened up my eyes and got me moving in the right healing direction. Maybe it can help you with understanding too 🙂

Photo of the Month: Rabnestøl, Norway

Photo of the Month: Rabnestøl, Norway