Before I came to China to practice Tai Chi I had never tried acupuncture for migraine. For 1 1/2 years, I had had daily migraines. One and a half year is pretty many days and a lot of migraine pills… All while I was still working as if there was no tomorrow! Although I hadn’t fully gone mental, I had lost all hope it would ever get better again.

My blood pressure was a disaster – the diastolic one (the lower pressure) was insanely high. Usually between 100-120. The systolic pressure (the higher one) hadn’t really changed, only slightly. Sometimes they were basically equal – equally high!

Why does the diastolic pressure get high?

Mostly because of stress. And I’m not referring to working under pressure for a while, but constant stress. Inner stress. Inactivity is also dangerous, so walking is excellent for keeping your blood pressure healthy.

Thus I felt it – I had all the classical symptoms. Dizziness, a constant swooshing in my ears, headache that never went away with any type of painkillers, vision problems, tiredness, difficulty breathing and heart palpitations, and yes… the most fun of them all: chronic migraines.

Most doctors still claim people don’t even notice the rise in blood pressure. Not to be rude to doctors, because they sometimes know what they’re talking about, but I would like to be audacious here and claim it clearly depends on what blood pressure you start out with and how sensitive to bodily changes you are. There are people who hardly notice a 2-degree fever, while others get really sick.

I’ve always been a person who notices the slightest change in my body. I am after all a Libra, so it’s all about balance for me. 😉

Since my most disturbing symptom was the migraines, standing in the way of dealing with work, my doctor wanted to treat my migraines prophylactic. I was skeptical. Wouldn’t it be better to find out where my migraines came from? They don’t just show up just because. They show up to let you know something is wrong!

I did not understand the illogical thinking in not trying to find out what was wrong, but instead treating random symptoms!

I wasn’t interested in blood pressure medicine either, since it was obvious my case was mental/psychic. Then that would be insane to start medicating it and at the same time ignoring the root cause.

At last my doctor and I came to an understanding we should temporarily try a certain type of blood pressure medication since it also had good effect on migraines. We also agreed that I needed to change my life asap since something obviously was wrong. The blood pressure medicine was purely emergency.

So until I went to China I felt like shit. Every day.

I started practicing on a half-day schedule, 2 hours per day. After I skipped a couple of classes Shifu Ping suggested I go and see Dr Lily. She did acupuncture, among other things, and I was told she was really something else!

And she was something else: “No pain, no gain” was her motto.

One day I came along with another student at the school, even though I was skeptical. I had tried acupuncture for pain back home but wasn’t particularly impressed. It hadn’t helped me at all, actually.

When I met Dr Lily she wasn’t that interested in my story, nor my symptoms, but instead asked me to sit down in front of her. Then she put her fingers on my wrist, checking my pulse. From that she diagnosed me. Scarily correct, I might add.

I had (and still have) no experience of doctors making such accurate diagnoses before. I felt baffled, but oh, so impressed. And then she put needles in my neck, head, and back. 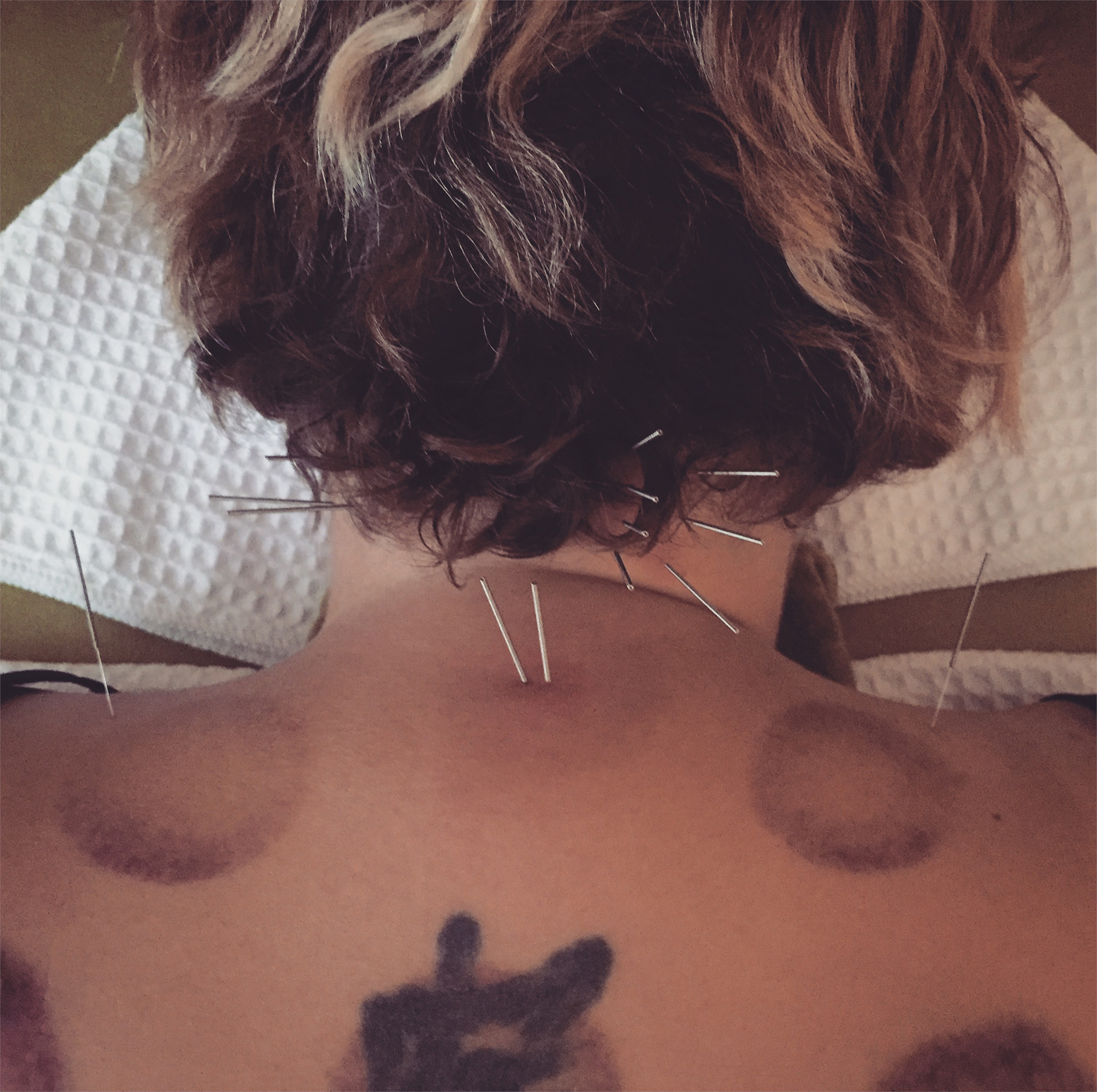 In the evening that same day, I cried. This was the first time in 1 1/2 years I got to go to sleep without a migraine. It’s hard to describe how I felt, but grateful was surely on top of the list.

I continued seeing her, even if I doubted this holistic view on the body the Chinese have. They don’t cure a problem but instead, look at how the whole body is connected and what is going on. The aim is to get the body in harmony. They don’t take aspirin when the headache starts – they treat the headache (or any issues) differently.

For me that was a weird way looking at things, but the longer I stayed in China the righter it seemed.

We checked my blood pressure regularly at Dr Lily’s and after a while it seemed acupuncture, Tai Chi, and less inner stress had done miracles for my body (and soul actually). After a couple of weeks in Yangshuo, my blood pressure was almost back to normal… 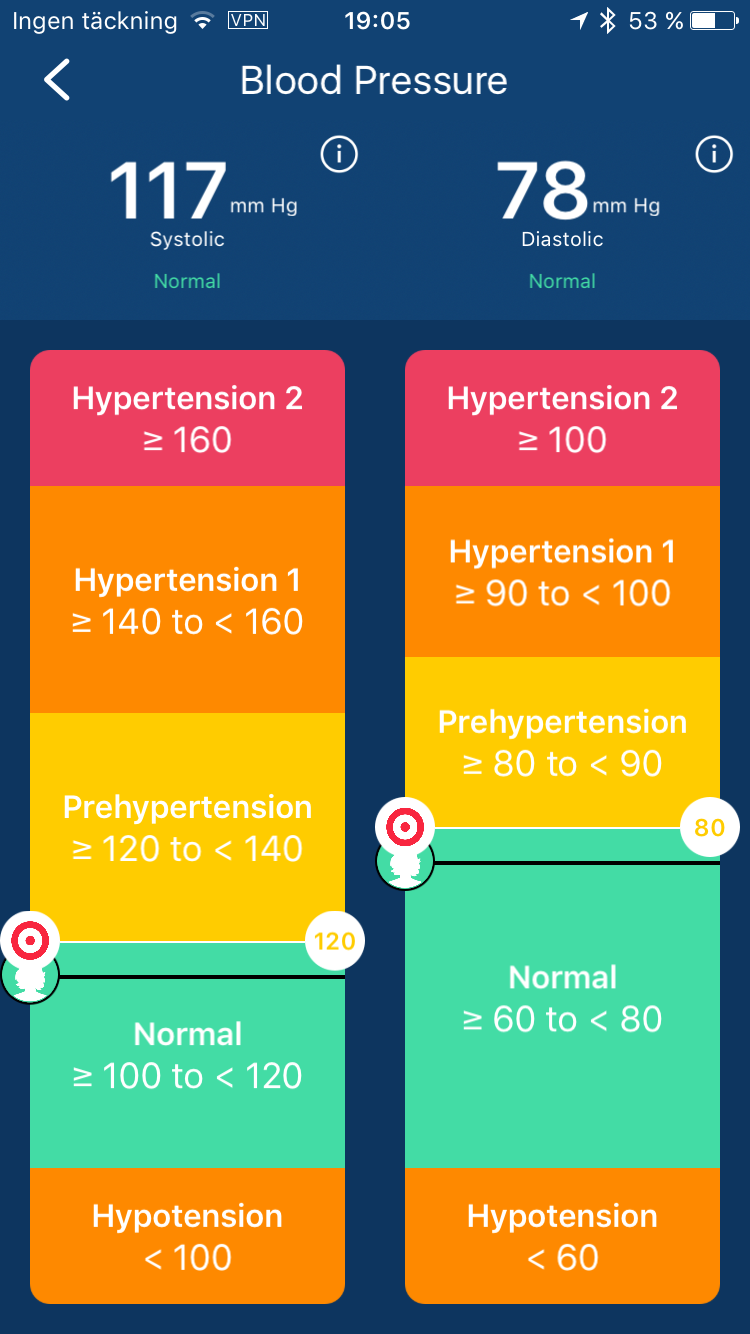 Dr Lily also did cupping, on me. Something I’ve always been skeptical about. Of course. Writing this it feels like I’m the most skeptical person in the world, which is quite odd, since I see myself as a very openminded person who is willing to try new things. 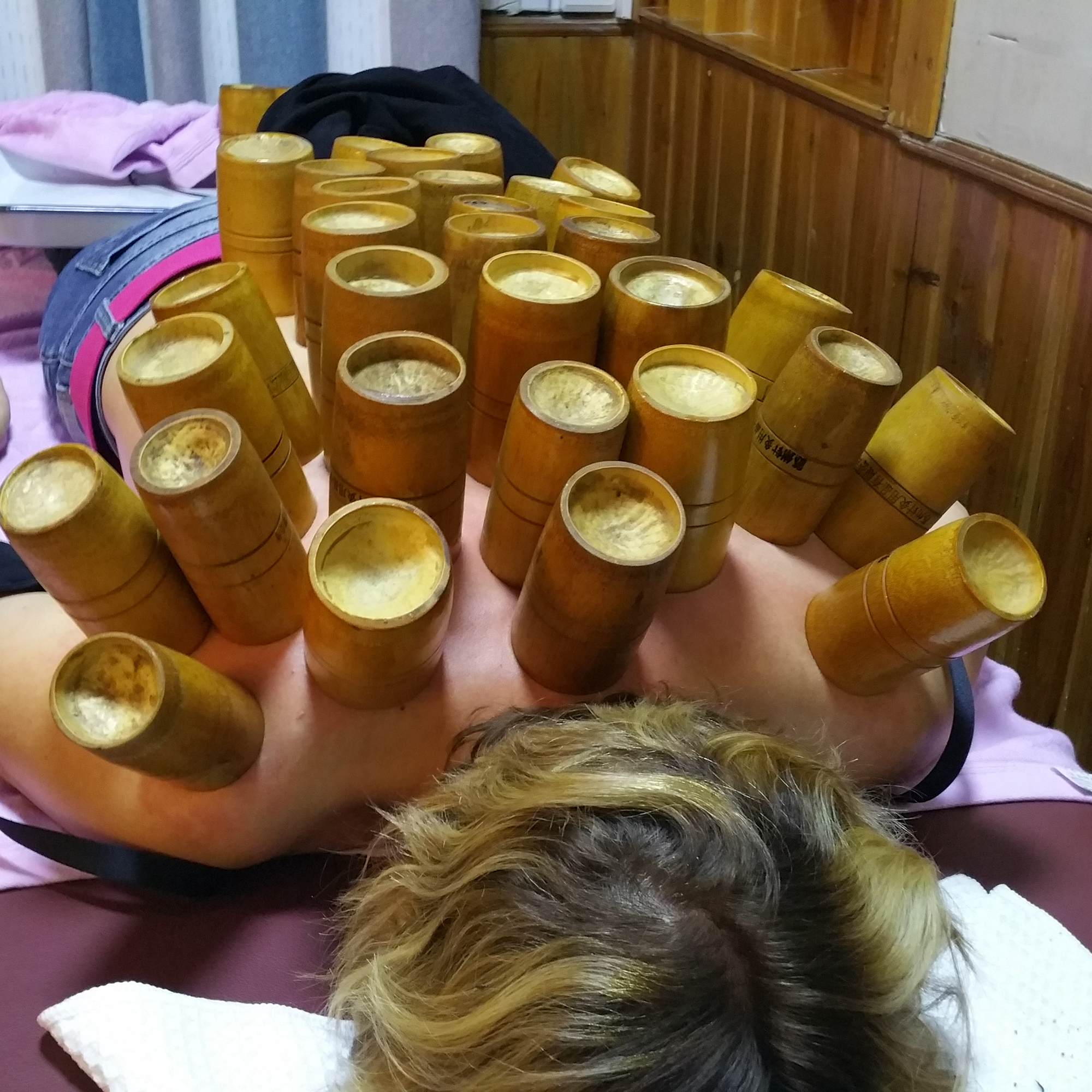 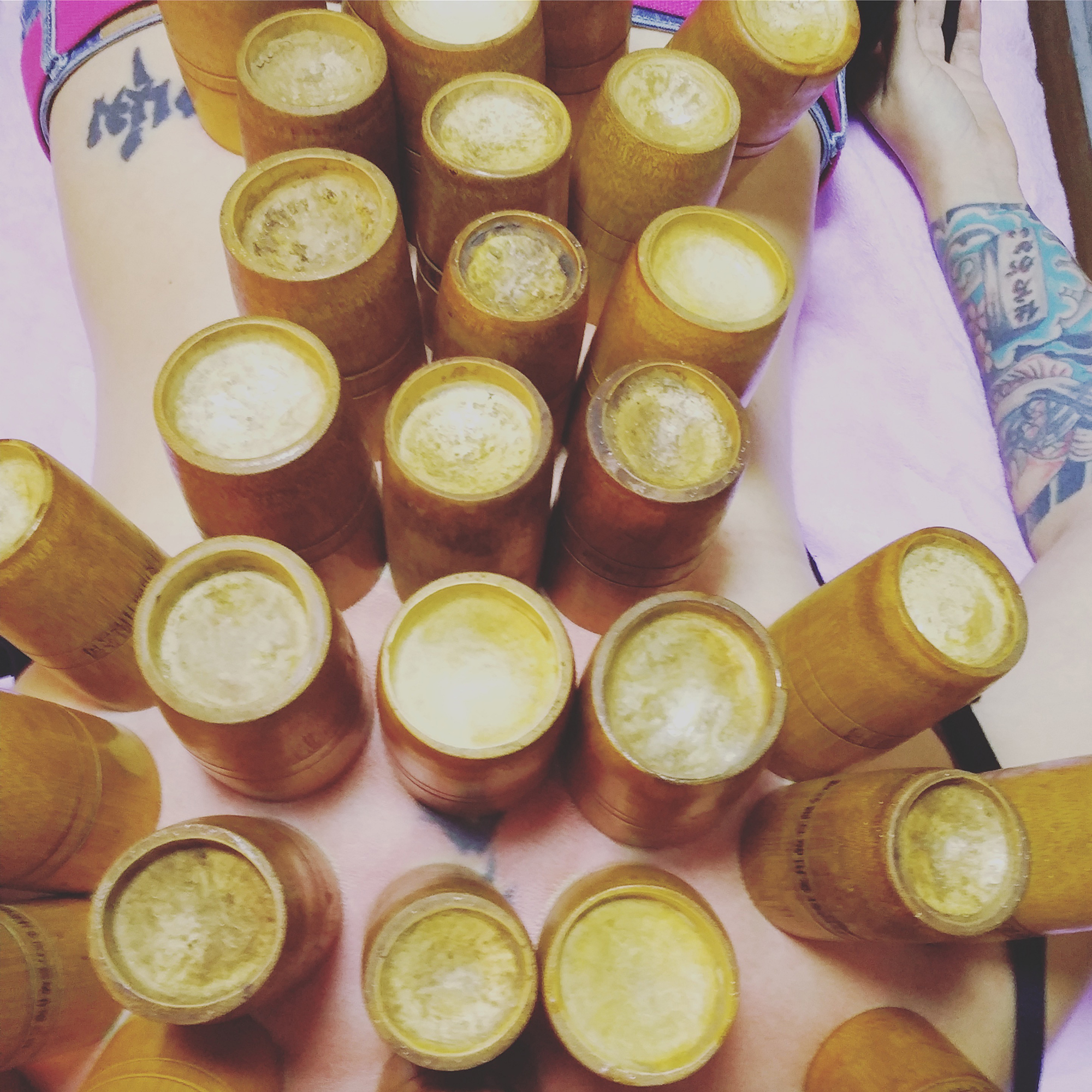 The thing is I’ve always believed in alternative treatments, but I’ve also had a very strong faith in western medicine. Add to this, the fact that I often wanted a quick fix when my head was pounding, or my neck was bothering me. I wasn’t really interested in some holistic view when I needed to perform. Just fix me! ASAP!

Now I started to think differently.

Discovering that Dr Lily in only one session had managed to get rid of my migraines (at least temporarily), which was something western medicine had failed to do, was an eye-opener. Maybe it wasn’t right to just focus on curing or dampen random symptoms, but instead what you should do is focusing on your whole body, and your whole soul.

When body and soul are united, and in harmony, health just follows. 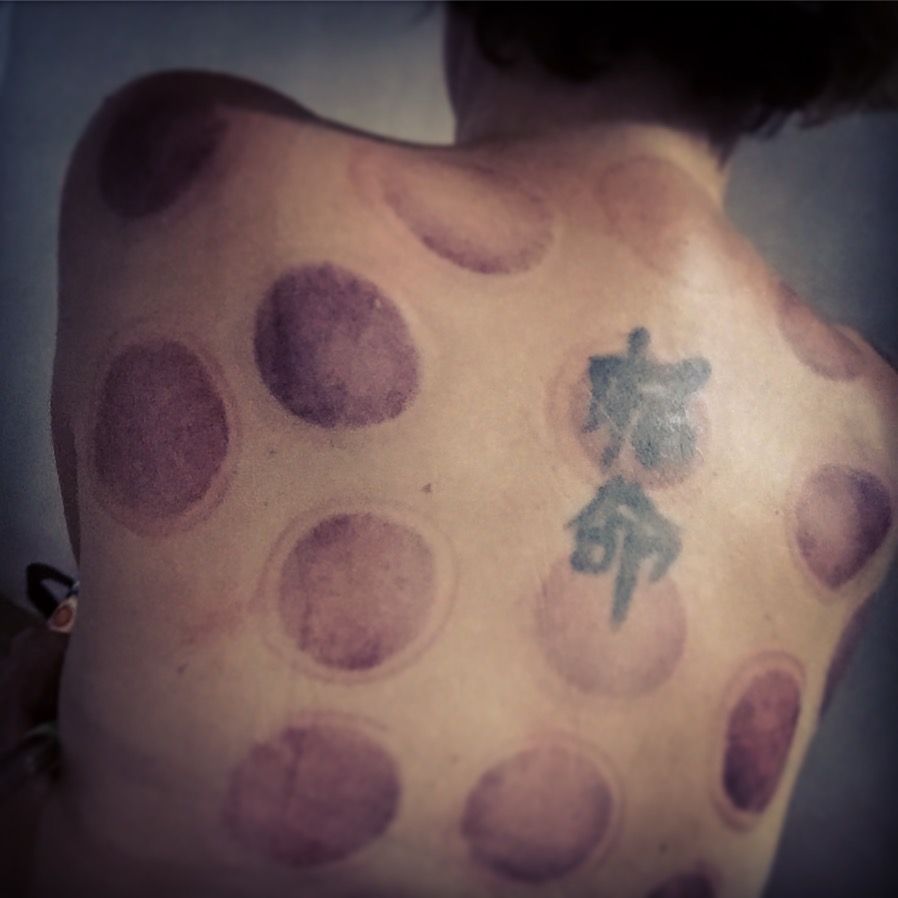 I continued seeing Dr Lily during my stay in Yangshuo. She did wonders for my chronic pain, my migraines (which were non-existent during the rest of the time) and my blood pressure.

Acupuncture for migraines or chronic pain is something I can truly recommend. The same goes for high blood pressure. It is however extremely important you find someone serious who knows their stuff. I think that might have been the reason it didn’t work for me the first time I tried.

Dr Lily on the other hand was spot on waving her needles like magic wands! Are you in Yangshuo I can really recommend Dr Lily. You’ll find her in a small alley off West Street.

Have you tried acupuncture for migraines, pain, high blood pressure, or other conditions? What are your experiences? Please leave a comment!