A do-over… so easy to imagine, but is it really so easy to follow through? Before I went to China to practice Tai Chi for 3 months I made a list of things I should and shouldn’t do. What happened to that list? Did I follow through on my promises? Were my memories of Yangshuo as a nice little village with a breathtaking scenery accurate?

Ok, let’s take a look at the list and go through each point to see what happened… Here we go!

I will not travel all over China with a sword by my side!

I can in all honesty, without lying, tell you I followed through on this one. I was truly well-behaved on this point while visiting China this time. And this was all well and good since I did see they nowadays have metal detectors at the train stations too…

I will not take useless photos of the Summer Palace in Beijing, and I will not let some random Chinese dude take some crooked photo of me!

Of course, I’m not happy with my photos of the Summer Palace this time either. But I’m never satisfied in that department, so what to do? 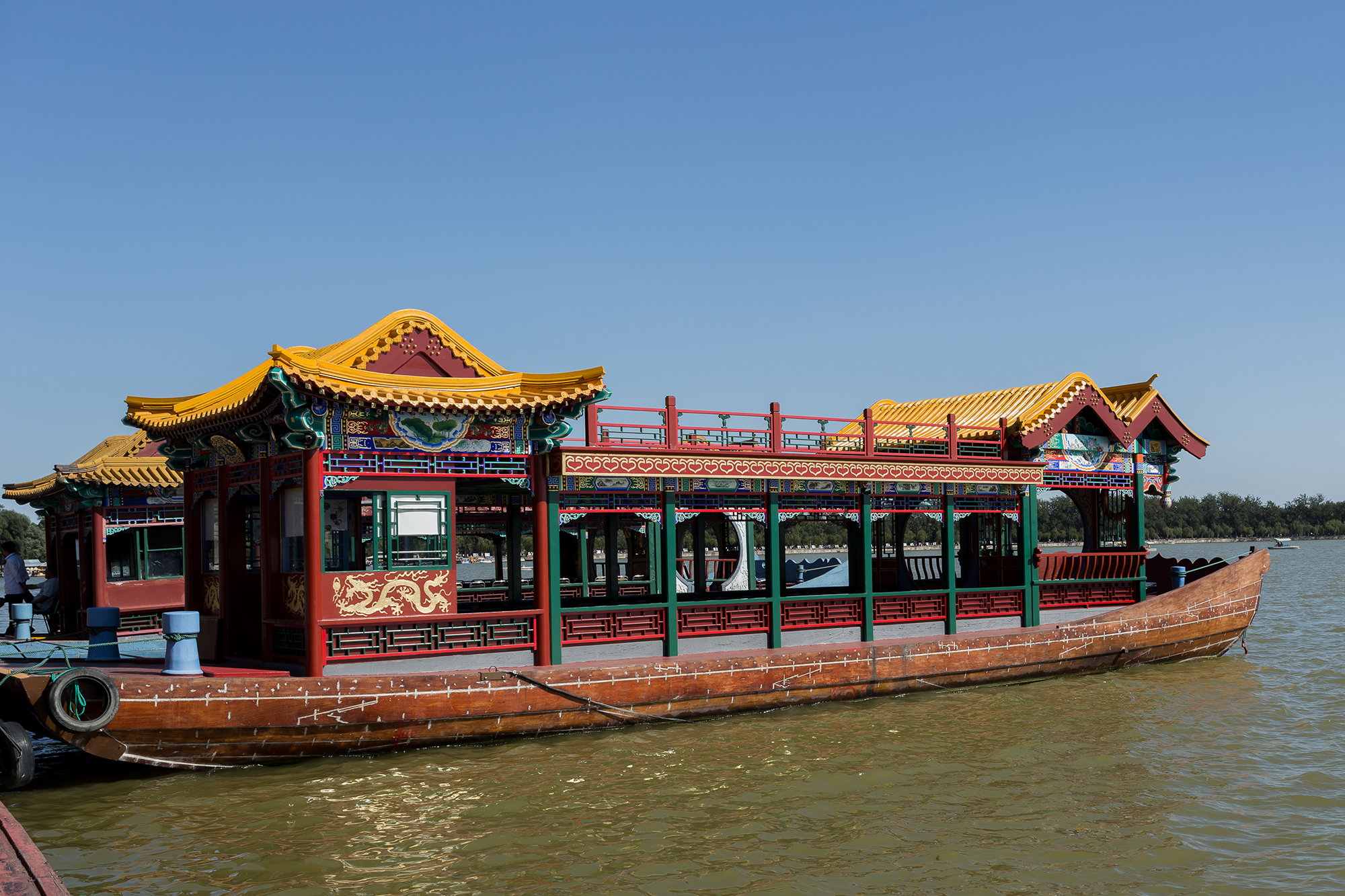 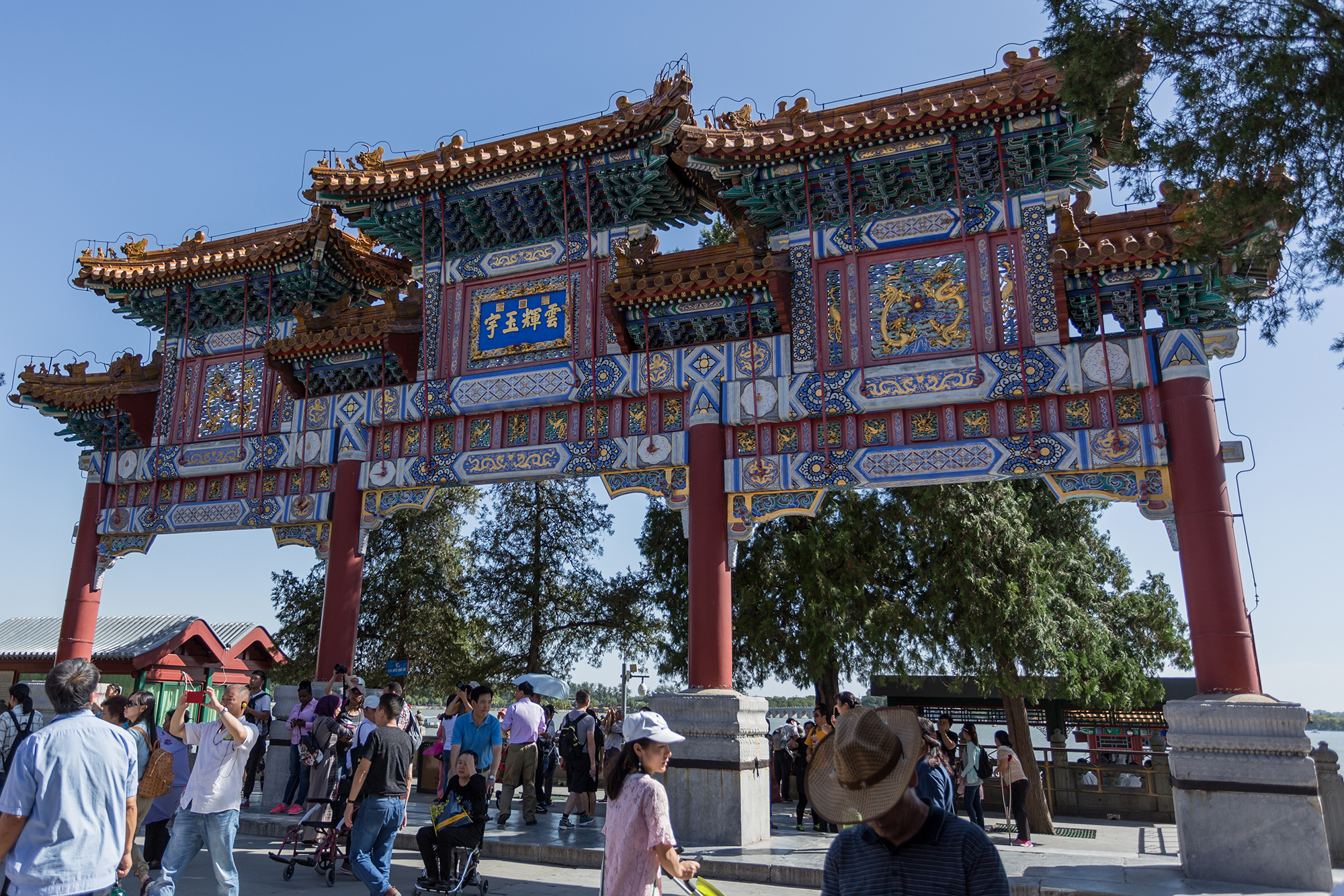 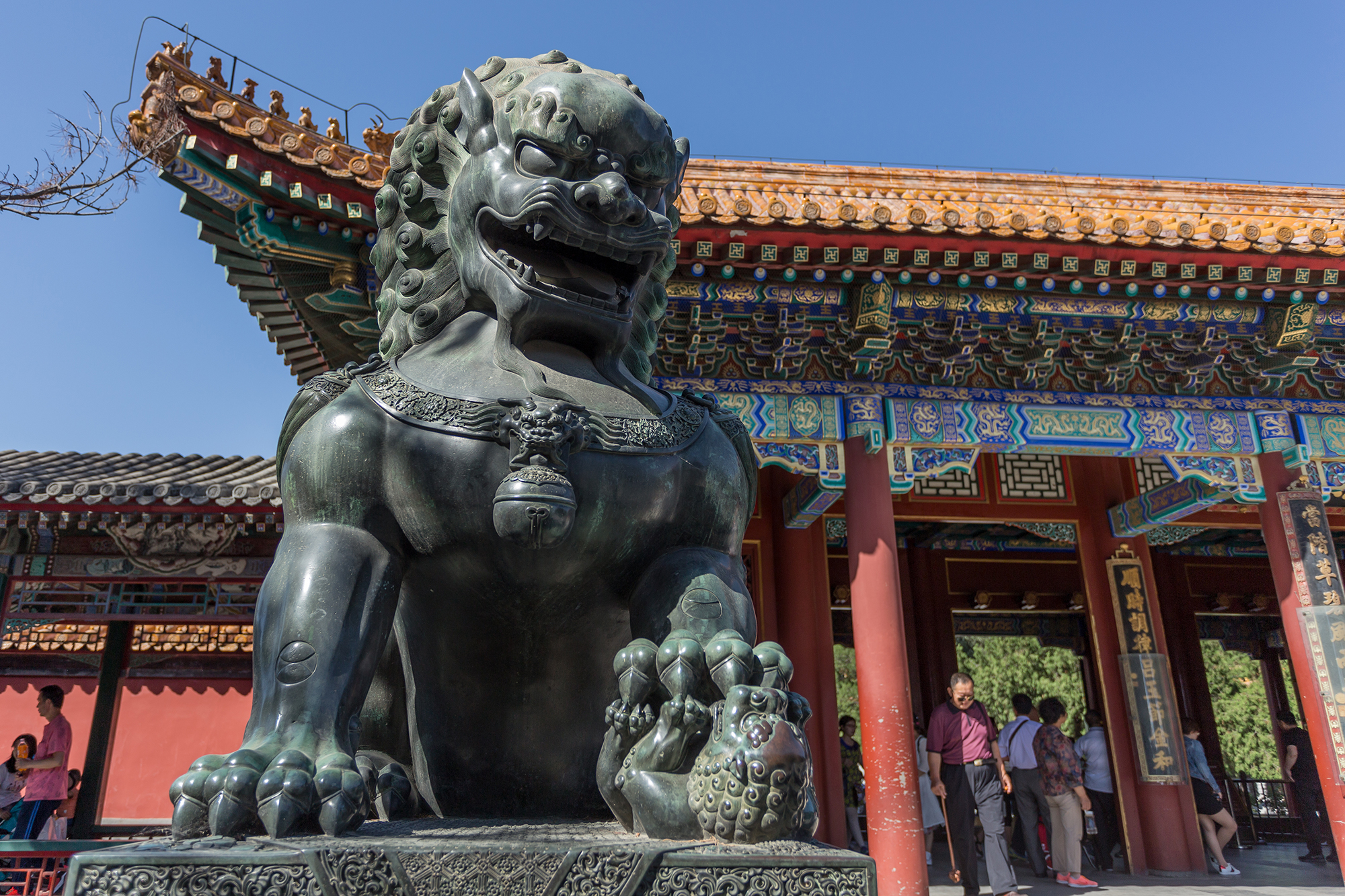 I did have a random Arab take my photo up on the Chinese Wall, Mutianyu. I should’ve told him I was using a wide-angle lens. The photos are… well… not that good… 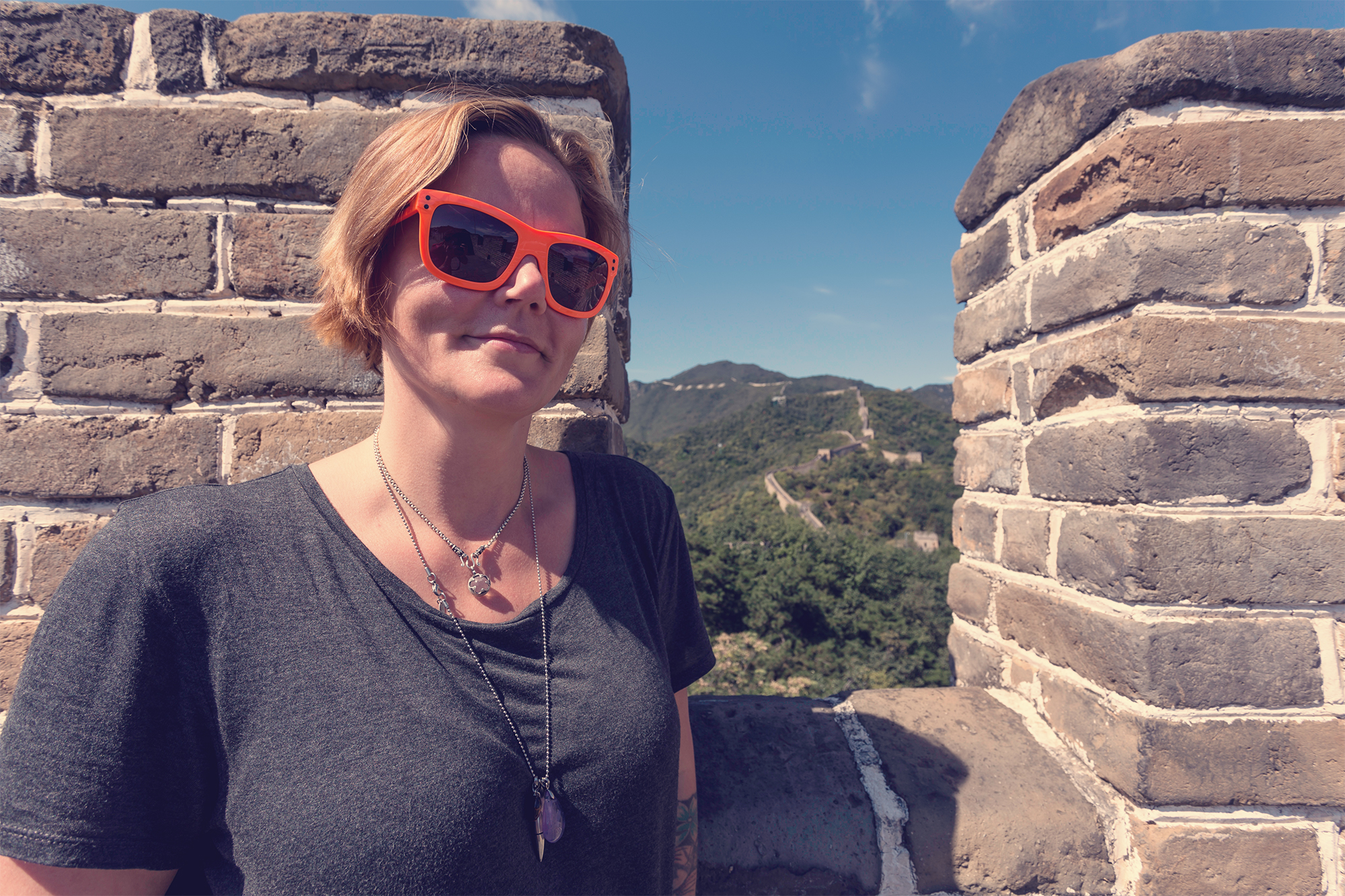 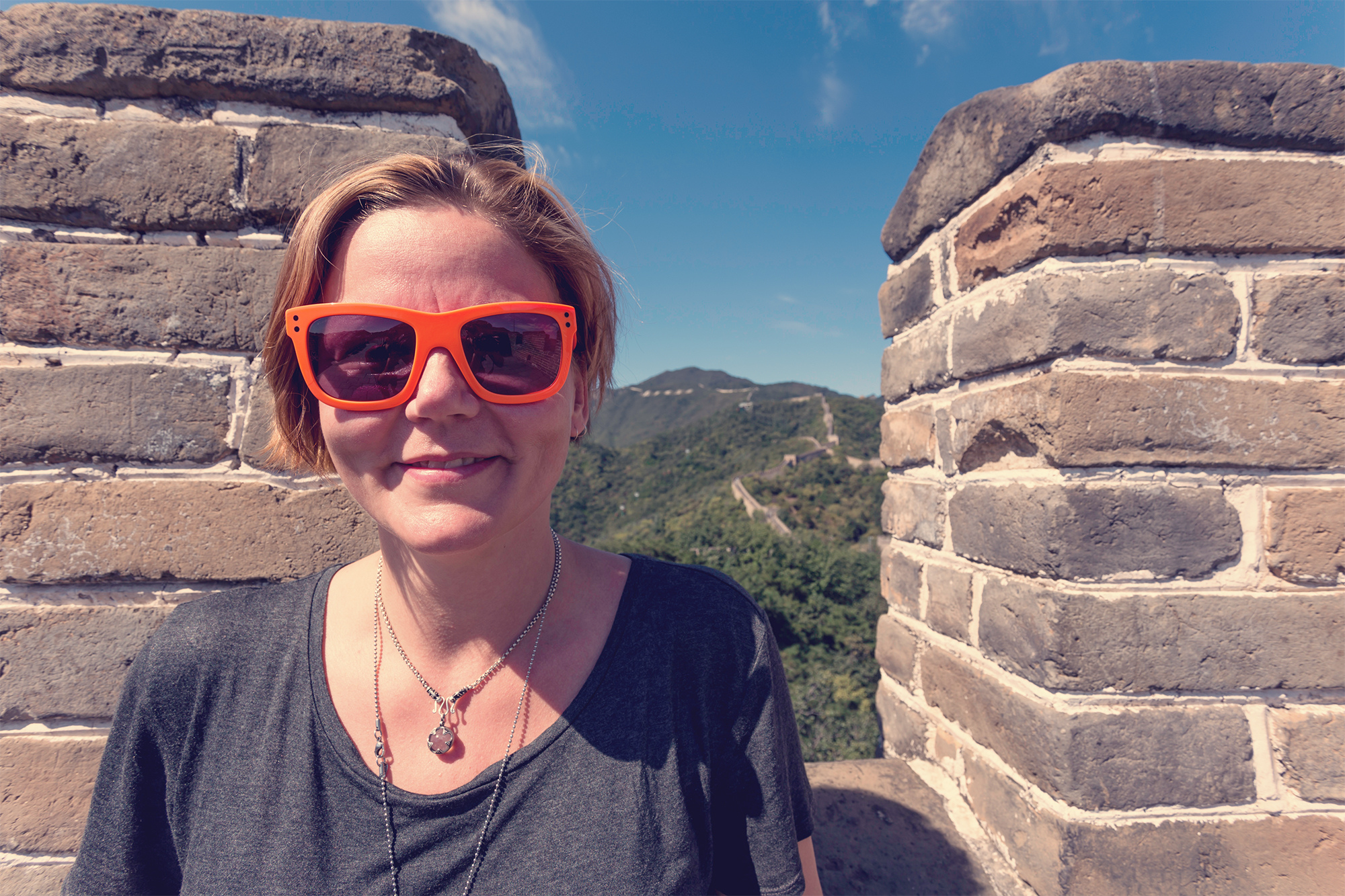 I will not walk up the Chinese Wall simply because the cable car is 10 Yuan! 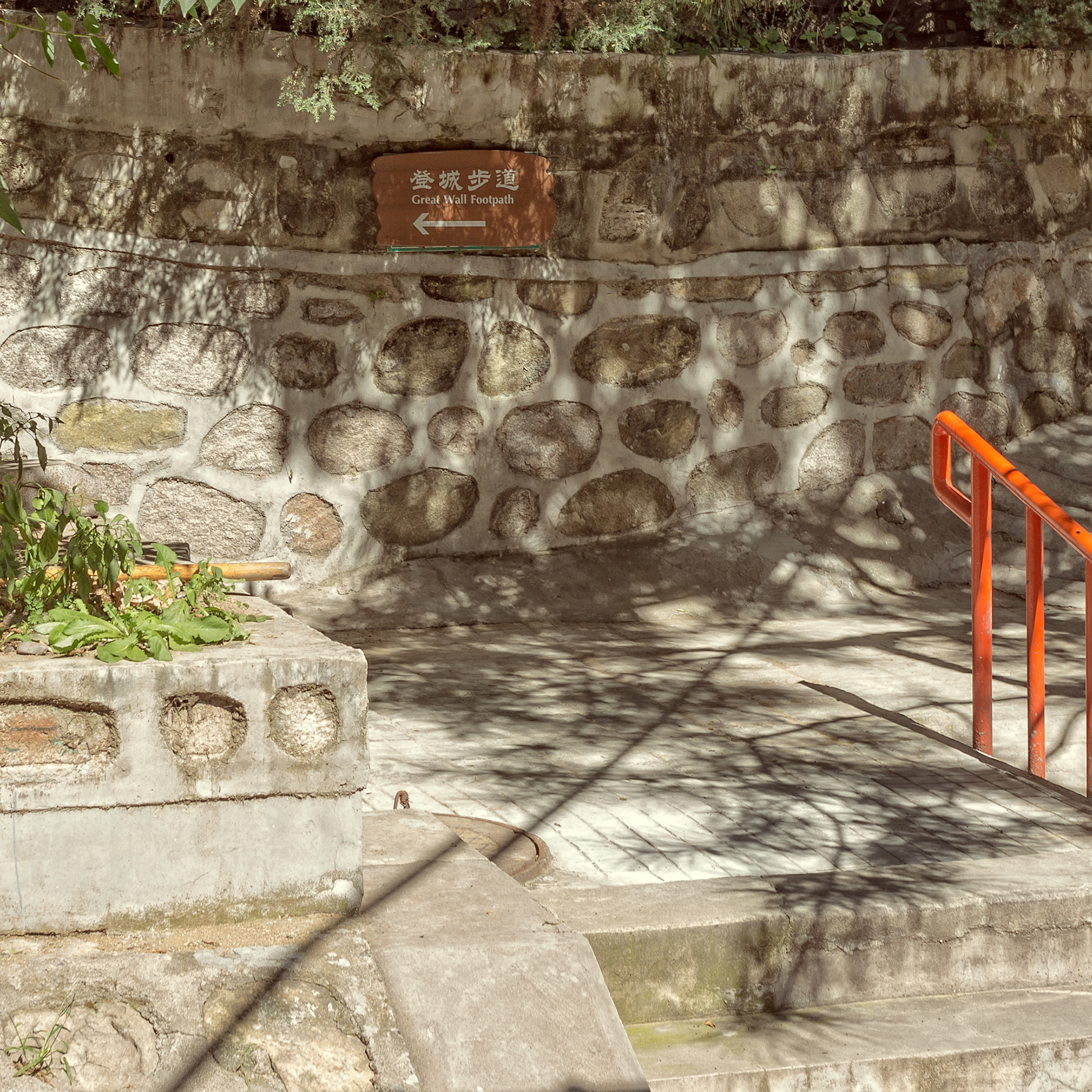 Yes, another one I followed through. This is one where I did it right the second time since I happily paid 100RMB for the cable car. The best thing was I didn’t have to sit inside, stuck in a crowded cabin, these were open cable cars (see below).

I will not travel by cheap ass public bus, risking a panic attack. That one is a given already!

Yes, that was a given. And no I didn’t do this. But I did however go with the subway. But no cheap ass public bus, which I actually even didn’t see. I doubt there still are buses in such bad shape as in 1994.

I will not go to weird markets just to relive this kind of crap!

“This crap” was a flayed, dead dog we took a photo of in a market in Beijing 1994, and I did avoid such markets both in Beijing and Yangshuo. There are markets selling both dead and alive animals for food.

I did especially avoid that market on the way to the walking street in Yangshuo, off the main road. I heard they were selling live puppies for food here. I did not want to see that and how could I save them all?

Hotpot, the dog living in the Tai Chi school was such a dog, which an american couple had saved. Saved from the hotpot (the dish), thus her name. When they were forced to go back home, Shifu Ping agreed to take care of her.

Hotpot was extremely afraid of fireworks, which is not a great thing to be afraid of when you’re living in China, and one evening when we were the only living creatures at home it started to get loud. I heard her scratching at my door, and I opened it and let her in. In sheer panic she tried to get under one of the beds in my room to hide, but it was too low so she couldn’t get under, which fed her panic.

I took her in my arms and carried her to my bed, where we got under the covers together. She was shaking in my arms for hours.

After this icebreaker she slept in my room, on my bed, every night. It broke my heart to leave her. Such a lovely dog. 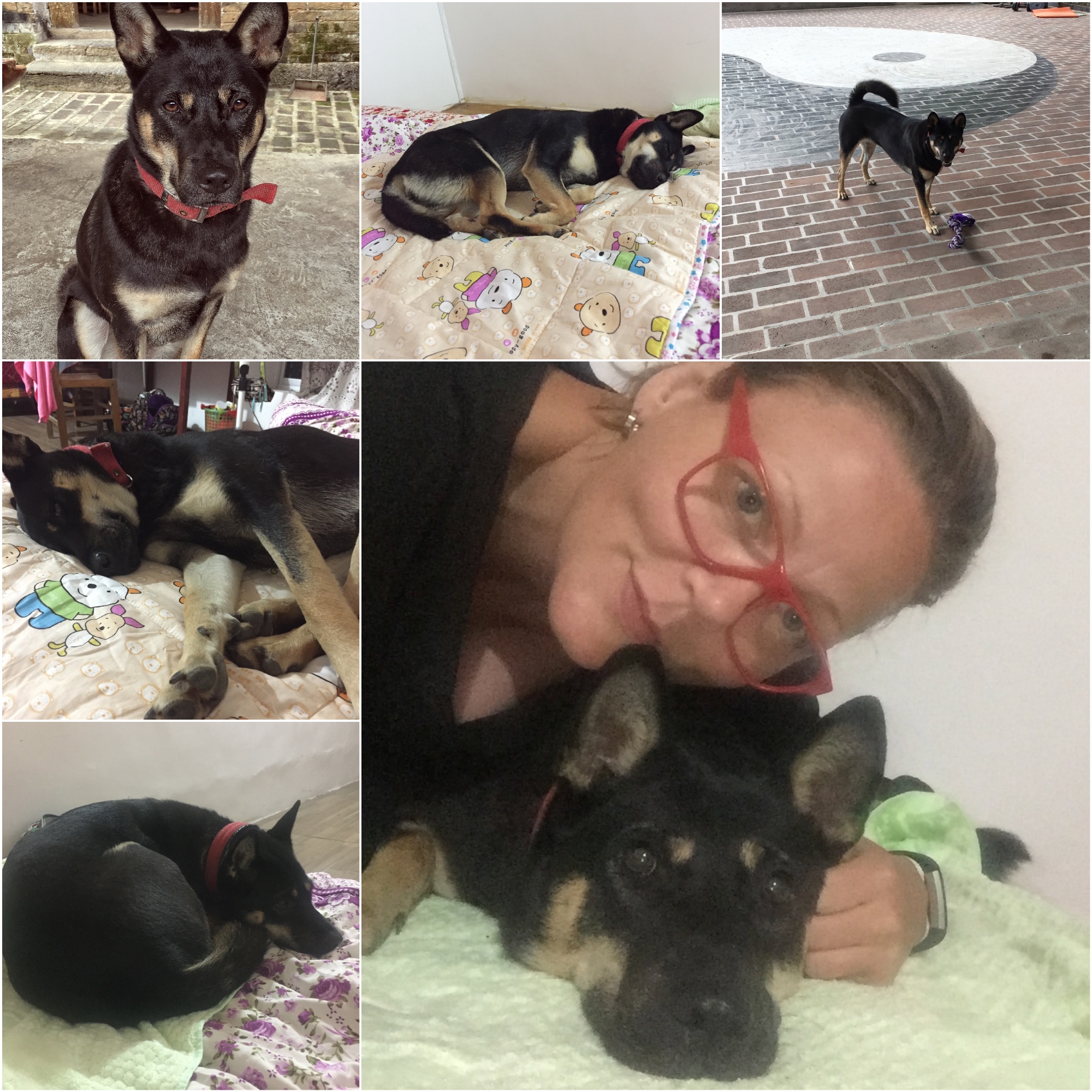 Rent a bike in Beijing! It was so cool biking around – hardly any traffic either! I sure hope I get the time and opportunity for biking this time too…

There were a lot of traffic in Beijing. I don’t know if I have completely erased some things from my memory, or if things have changed that much in the old centre in Beijing, but nonetheless… traffic was insane! I didn’t rent a bike, and walked all over instead. When I didn’t use the subway. Getting a taxi was pointless – noone wanted to take me! Not even talk to me! 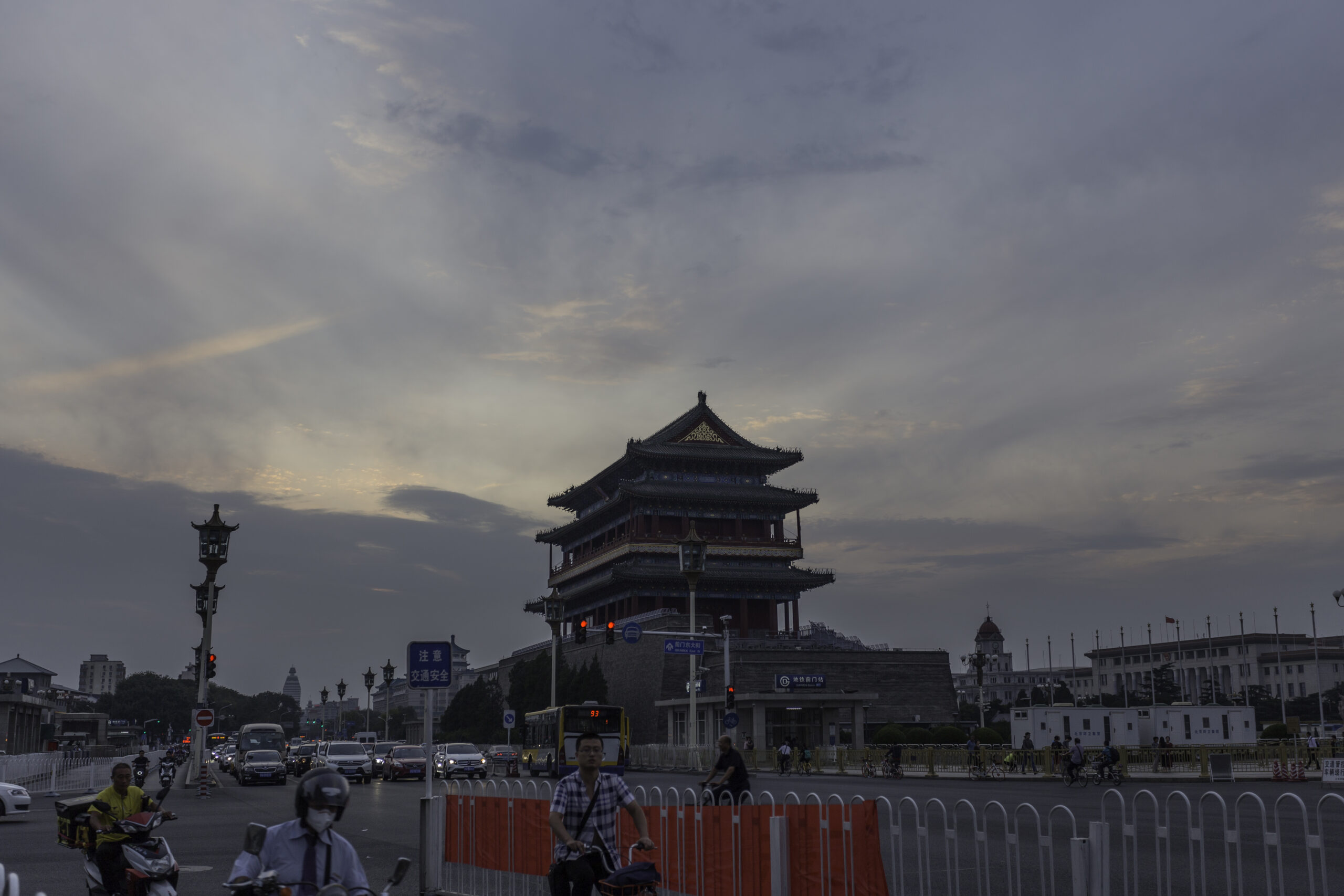 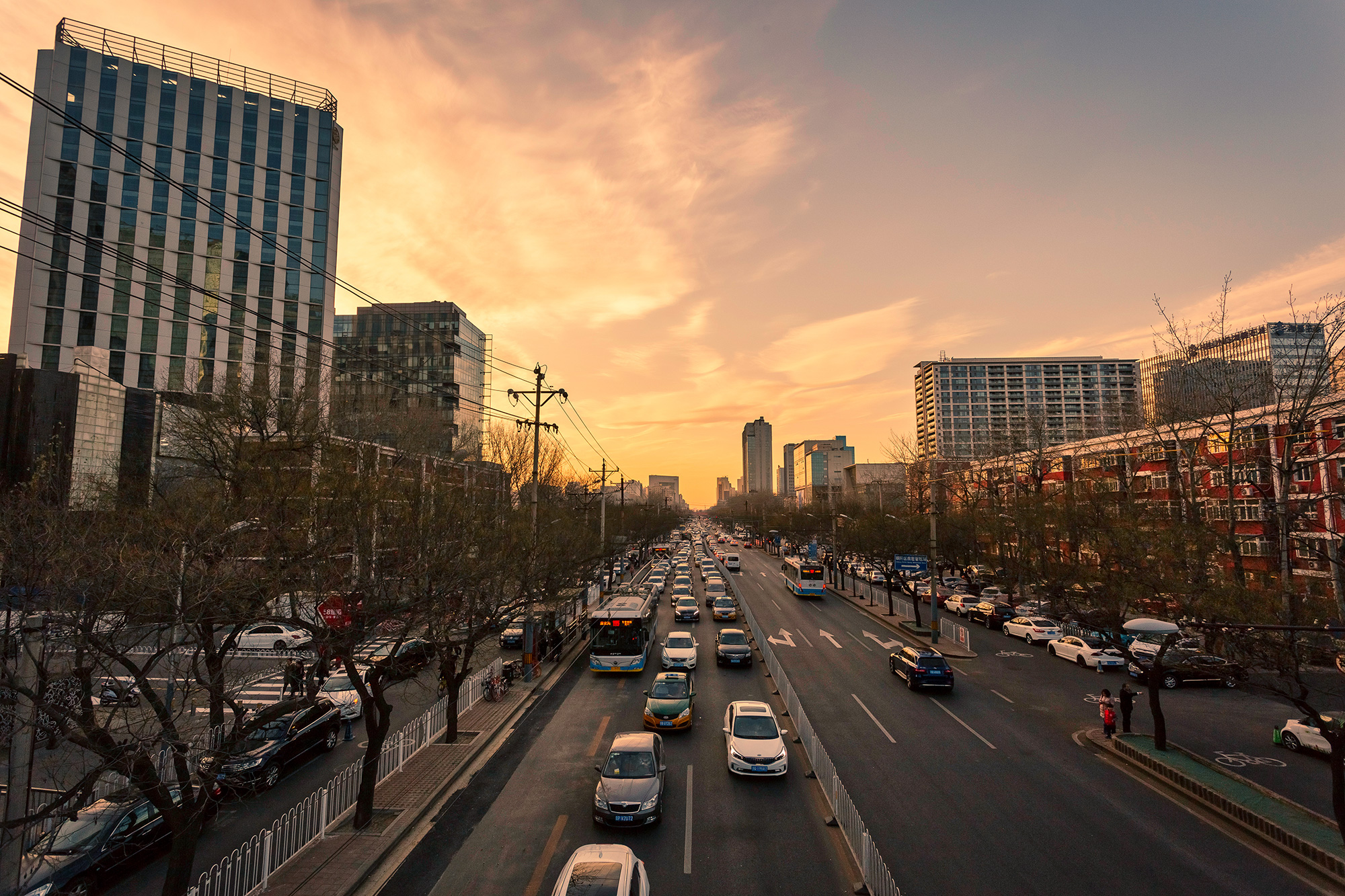 I will definitely take a long trip on the Li River again… I mean, come on… what are even those photos supposed to be?

Oh, yes, I did this. A super cruise on the Li River. I tried to make a true do-over here – with awesome photos instead of useless – but it seems the Li River does not want to look as magical on camera as in real life. Not 1994 and not 2017! 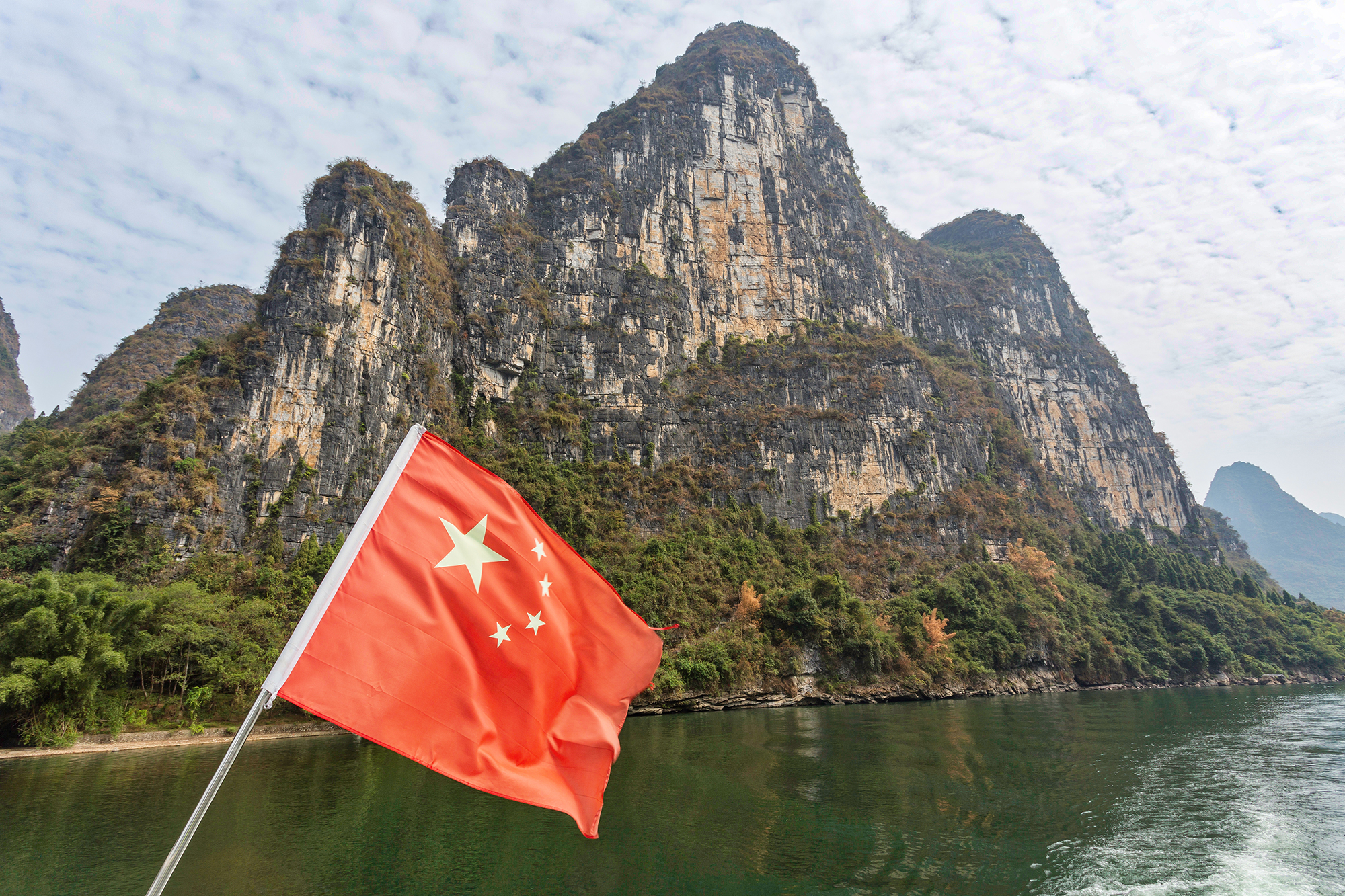 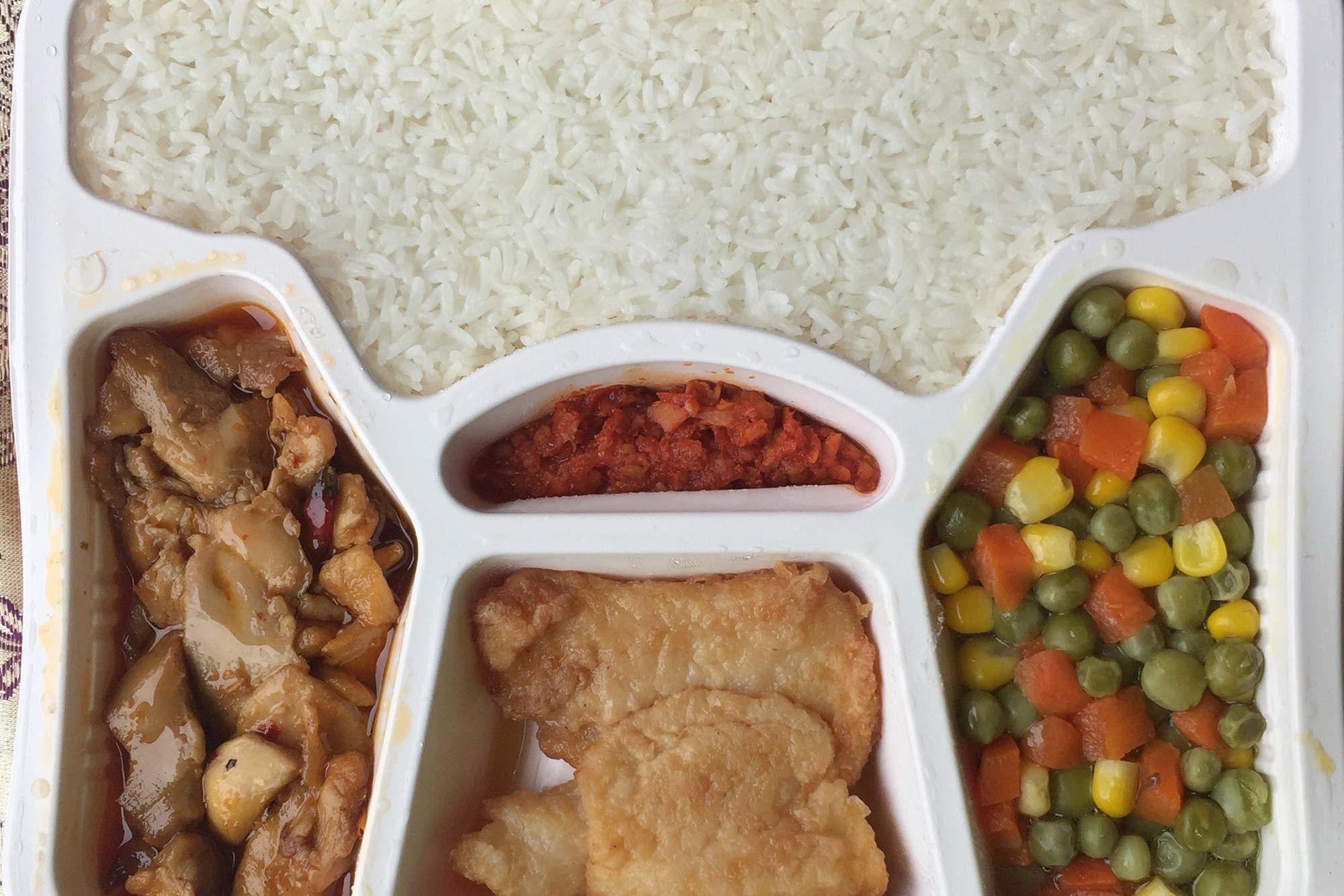 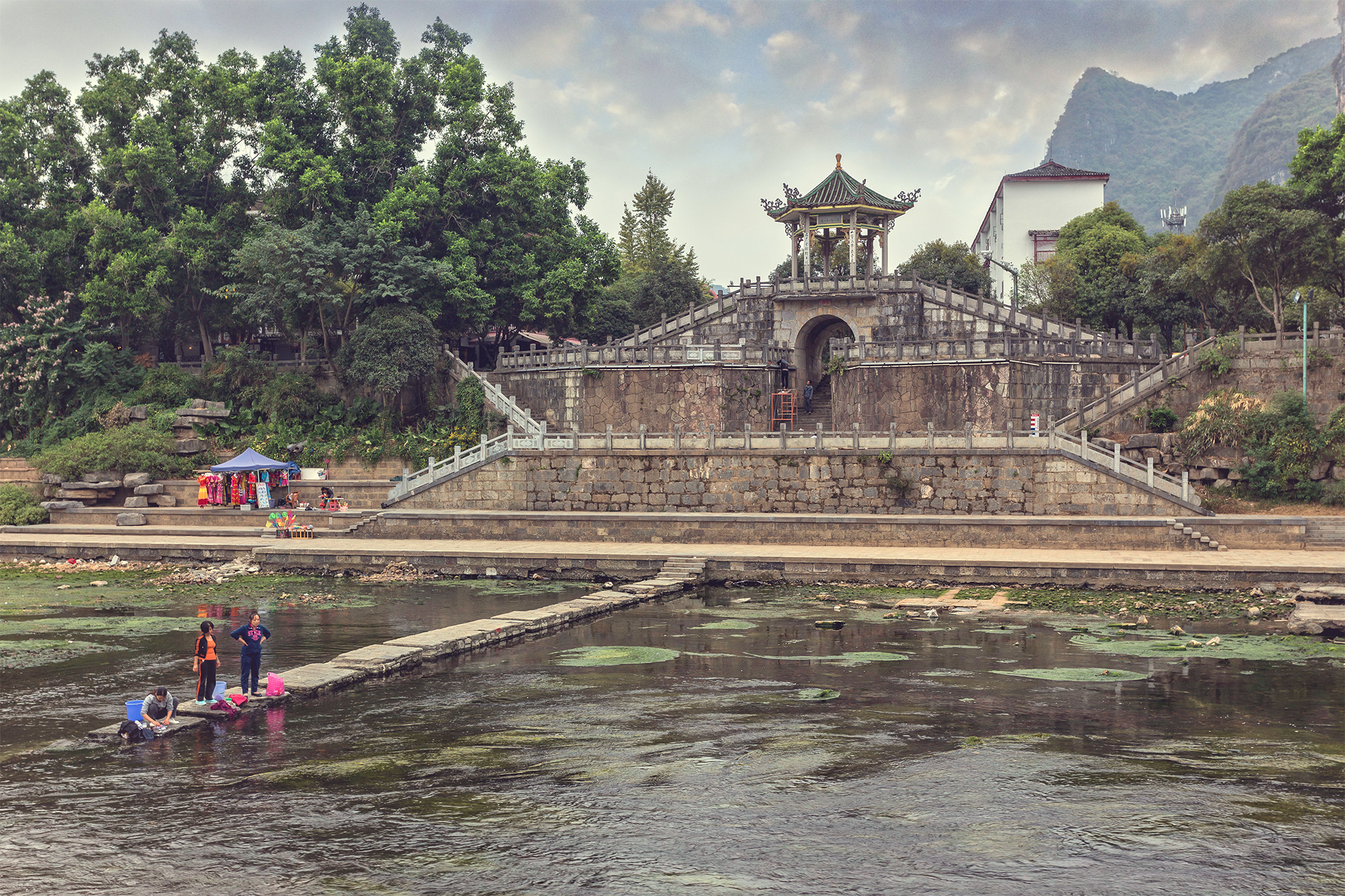 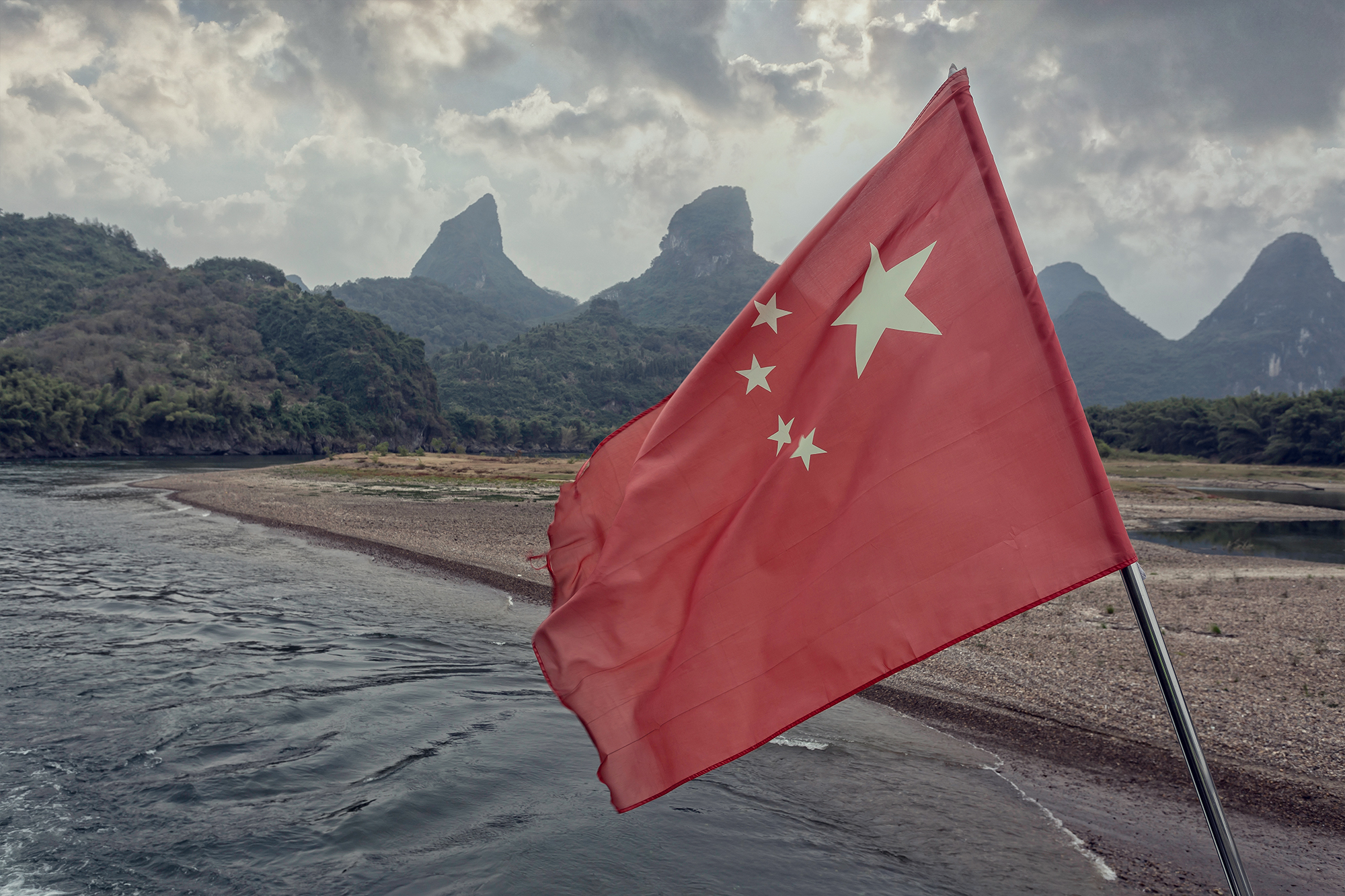 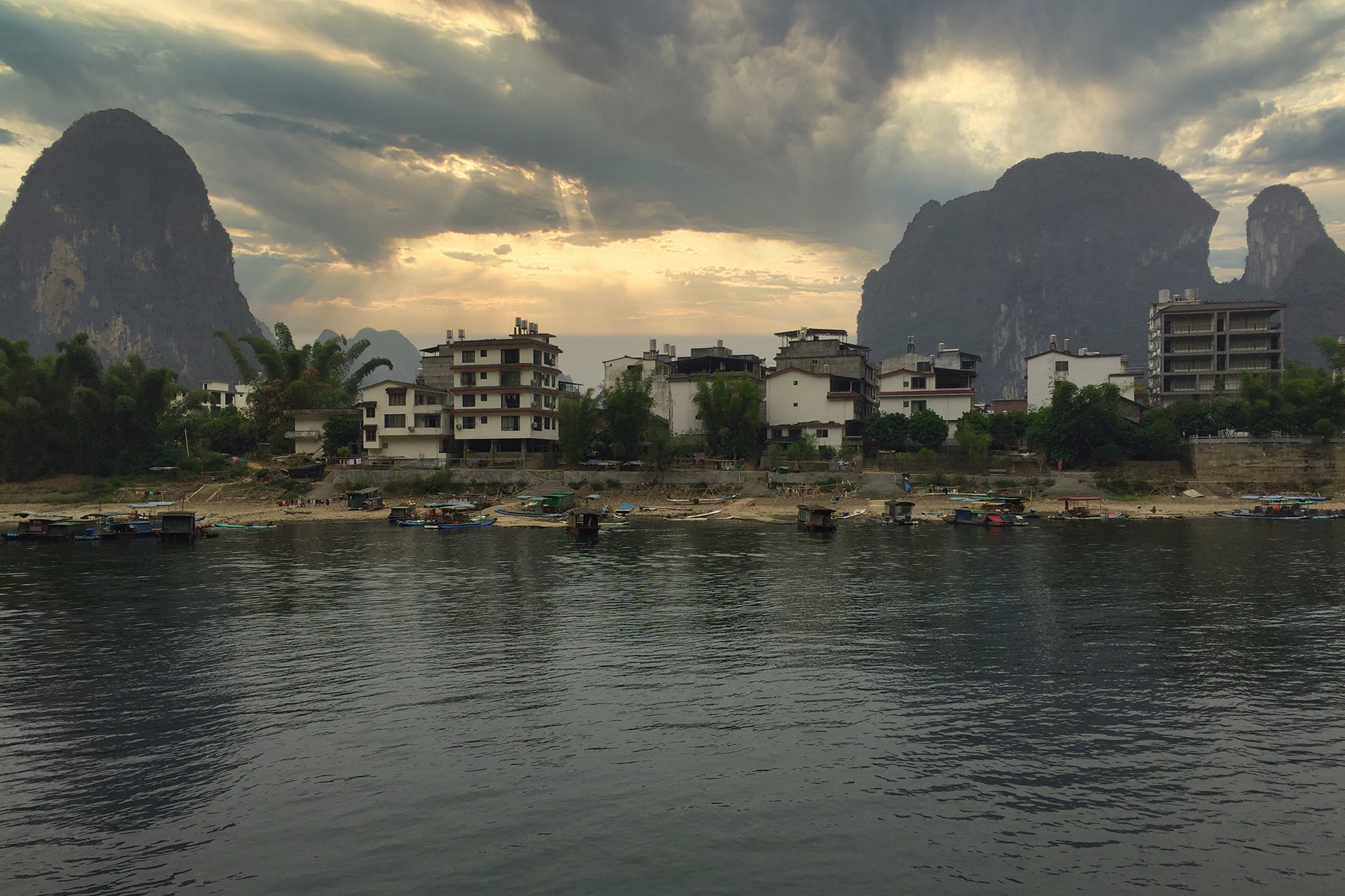 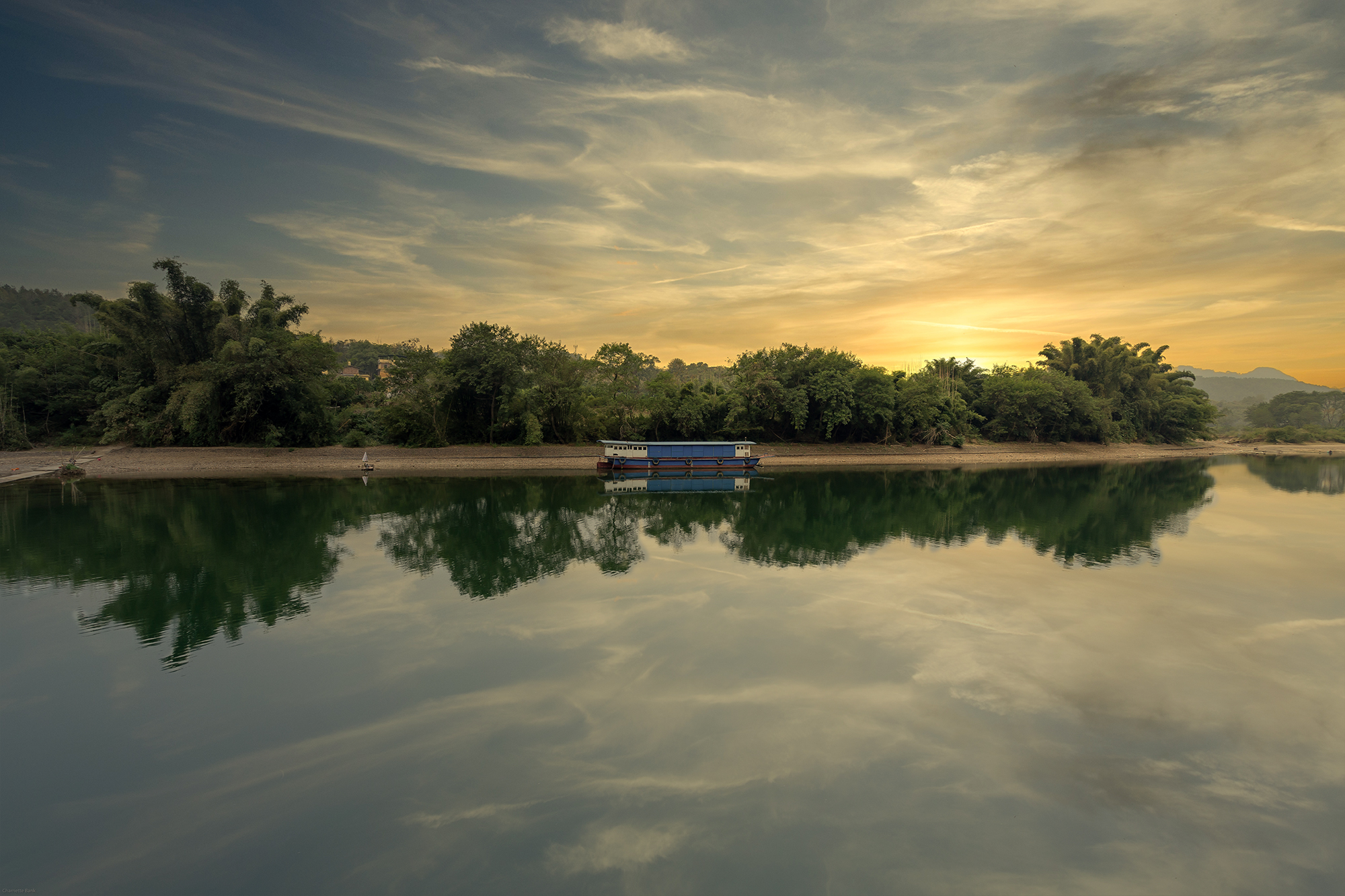 I will definitely bike around like an insane person, not just in Beijing but also in the Yangshuo countryside, sucking in the magical scenery!!

I rented a bike in Yangshuo for 3 months. Even if I didn’t use it everyday I did use it a lot. Worth the money. 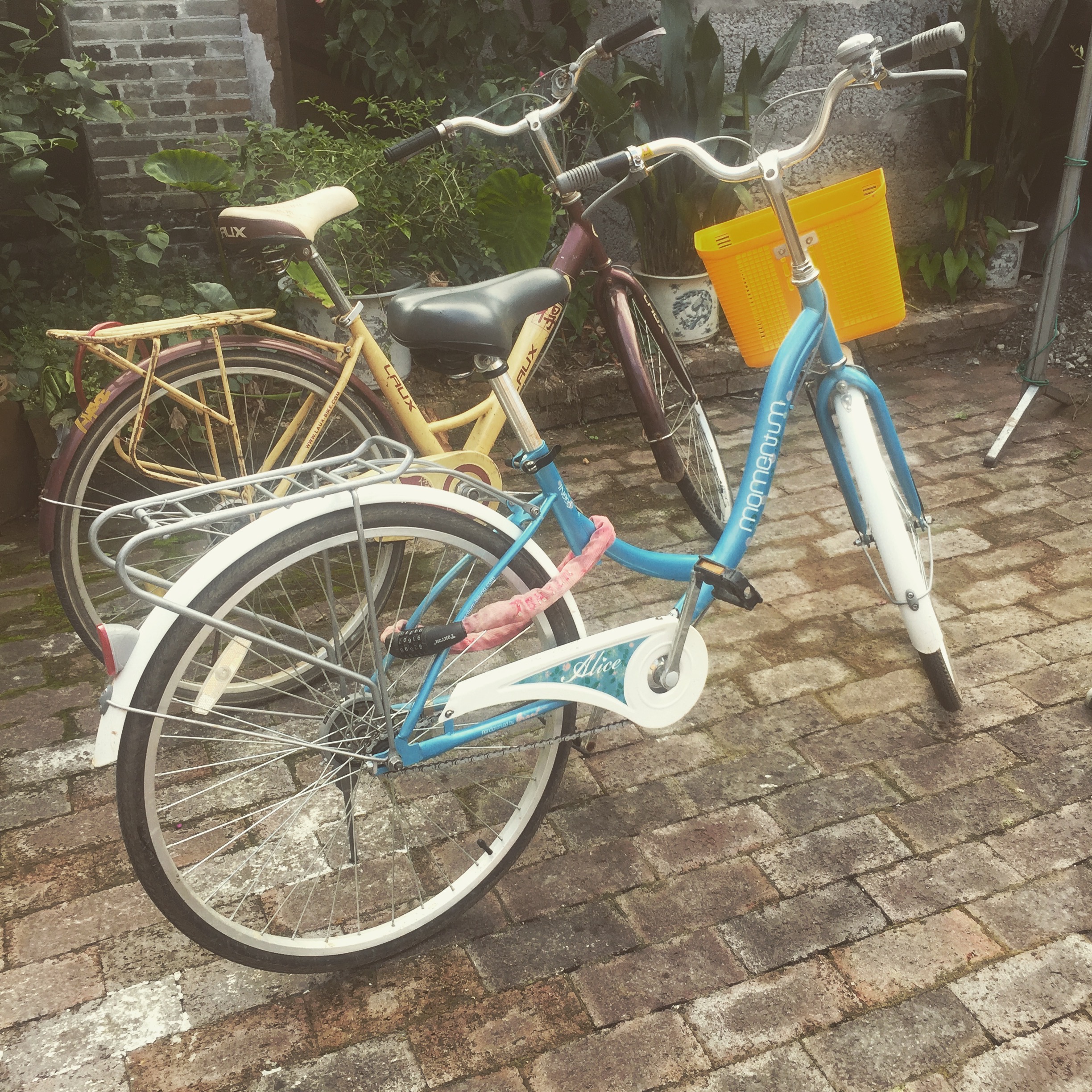 Speaking about photos – I will definitely get all of their heads in the frame this time!!!

Well I guess I did. Animals and humans… they were all there.

I will drag my ass up the Moon Hill in Yangshuo again. Hopefully not in the pouring rain, so the view wil be lovelier!

Well, no, this didn’t happen. The danger of being in one place for too long I guess. “I’ll do it tomorrow”…

I did get to other mountains and crawled up to the top. I watched the sunset from one mountain, and I almost missed it because the driver was over 1 hour late, and we also got stuck in traffic. I don’t even remember the mountain’s name, as I’m writing this… Disgrace!

I do hope that the next time I’m visiting China, hopefully, I won’t wait another 23 years, I will be responsible and get to it. Because I really want to get up to the top of Moon Hill again! 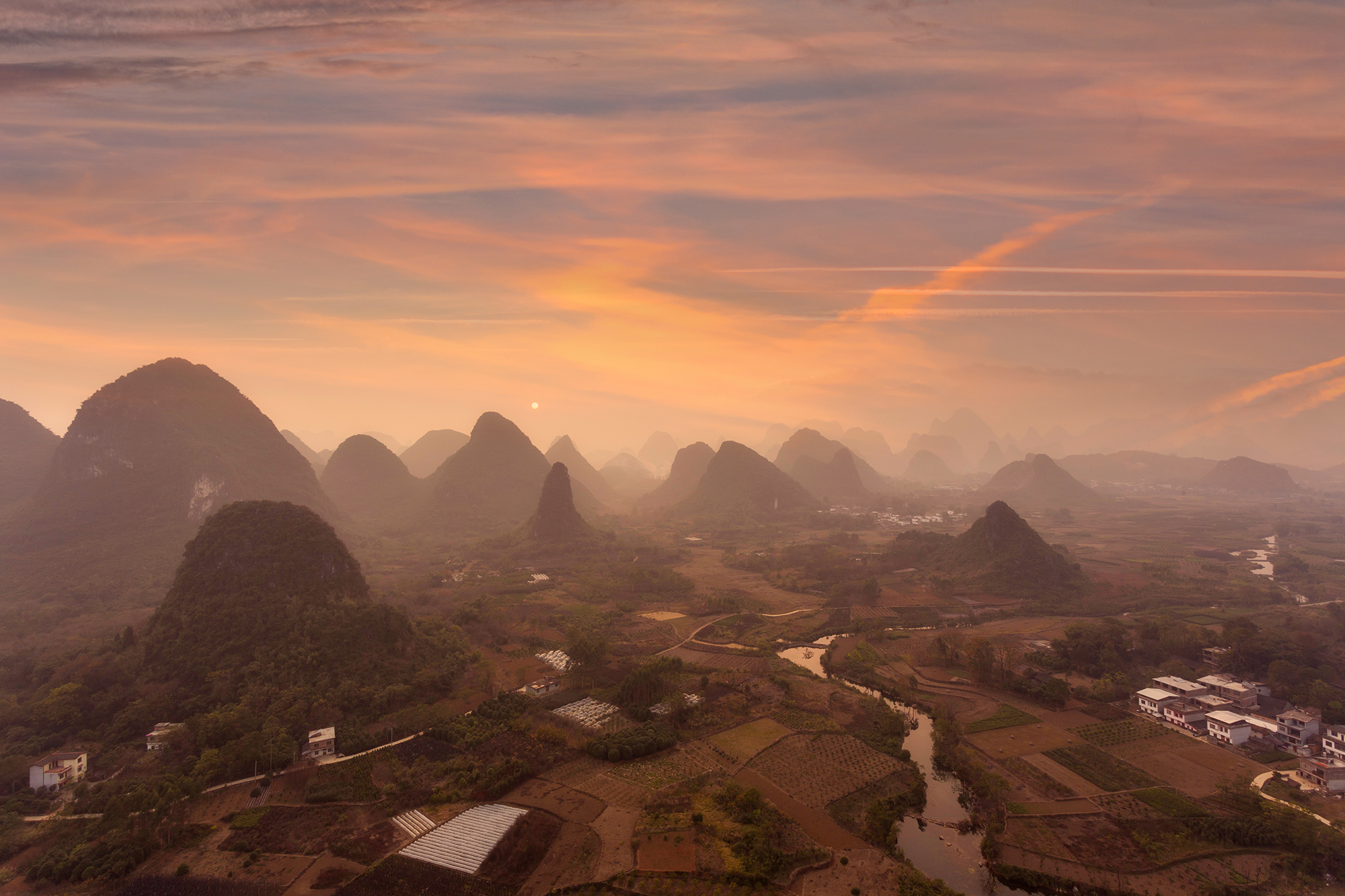 I will eat dumplings all day… all night…

I didn’t. Not really. But I did eat a lot of other tasty food. My absolute favourite food is without a doubt Chinese. Not even a question about it.

Pernilla and me got food poisioning – worst ever – when we had one of those (above) in Xi’an on our way to Shanghai. Although that one had meat in it… That was a mistake, because we didn’t have any meat on that trip. At all. Another proof that meat is not that great 😛

I’ve forgotten to mention I bought really tasty snacks in Chenjiagou… The translation and the table of contents – it sounds like something you absolutely want to put in your mouth! Yum! 😛 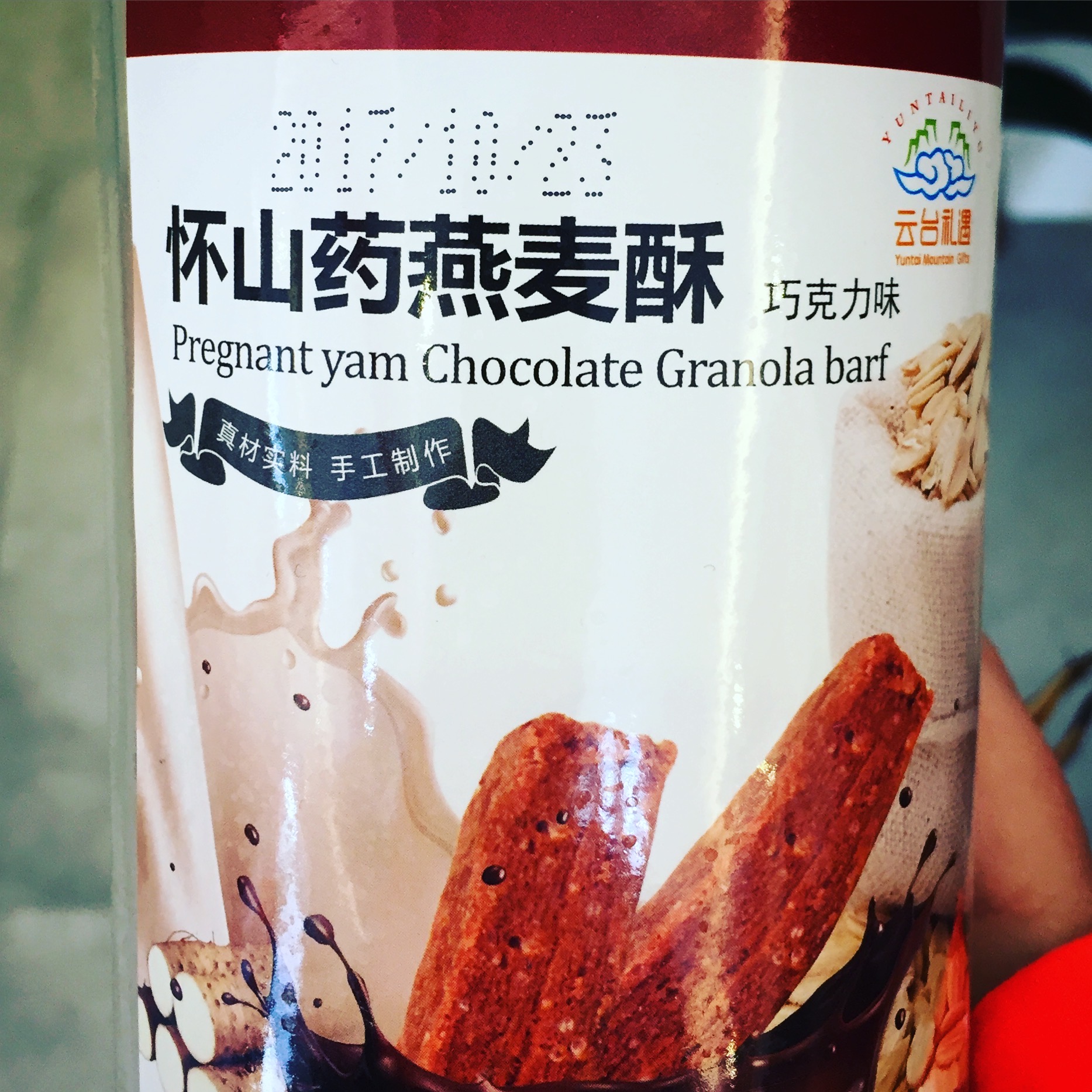 Have you been to China? What were your experiences? Please leave a comment!