What is Tai Chi?

When I proudly declared I was going to go to China to practice Tai Chi for 3 months everyone  asked: “What is Tai Chi?” The answer I gave them at that time was some mumbling about “internal martial art”. The real answer is a much larger one.

Tai Chi is a Chinese martial art, which is practiced both for its defensive purposes and health benefits.

There are a lot of ways to spell Tai Chi, but they all still mean the same. So what is Tai Chi?

What does it even mean? “Internal martial art”?

Well, that’s not completely right either, since most martial arts focus on inner mental strength too, but not in the way Tai Chi does.

There are 5 main styles – Chen, Yang, Sun, Wu, and Woo. I will not dive into any ramblings about any of them, because it would be just that – ramblings – I don’t have a clue. Don’t know the differences and/or similarities between the styles. If you’re interested in comparisons there are plenty of YouTube videos comparing the styles, just do a simple search for Chen vs Yang, for instance.

Sometimes it’s easy to spot the differences, other times… not so much.

Chen style Tai Chi – 陳氏太極拳 – is the original form and the basis for all the other styles. It was invented by the Chen family in the village of Chenjiagou (which means Chen village), and this family was also the founders of the village, hence the name. Since there is no documentation from before the 17th century the story about how, why, and when the Chen family actually invented Tai Chi is somewhat fuzzy.

Who developed Tai Chi – who is its Father?

Once upon a time there was this legendary man, well he wasn’t that legendary back in the day,  but he would be. This man was a Tao priest and his name was Zhang Sanfeng. If you’re to believe the legend he became 307 years old and managed to get some superhuman powers during his lifetime, and incredible inner strength. According to this legend, he is the Father of Tai Chi, or more its forefather…

Once upon a time, there was this other man, whose name was Chen Bu. He founded the village of Chenjiagou in 1374. Chen Bu was originally from Shangxi and a master in martial art, so his village became well known for its martial art. 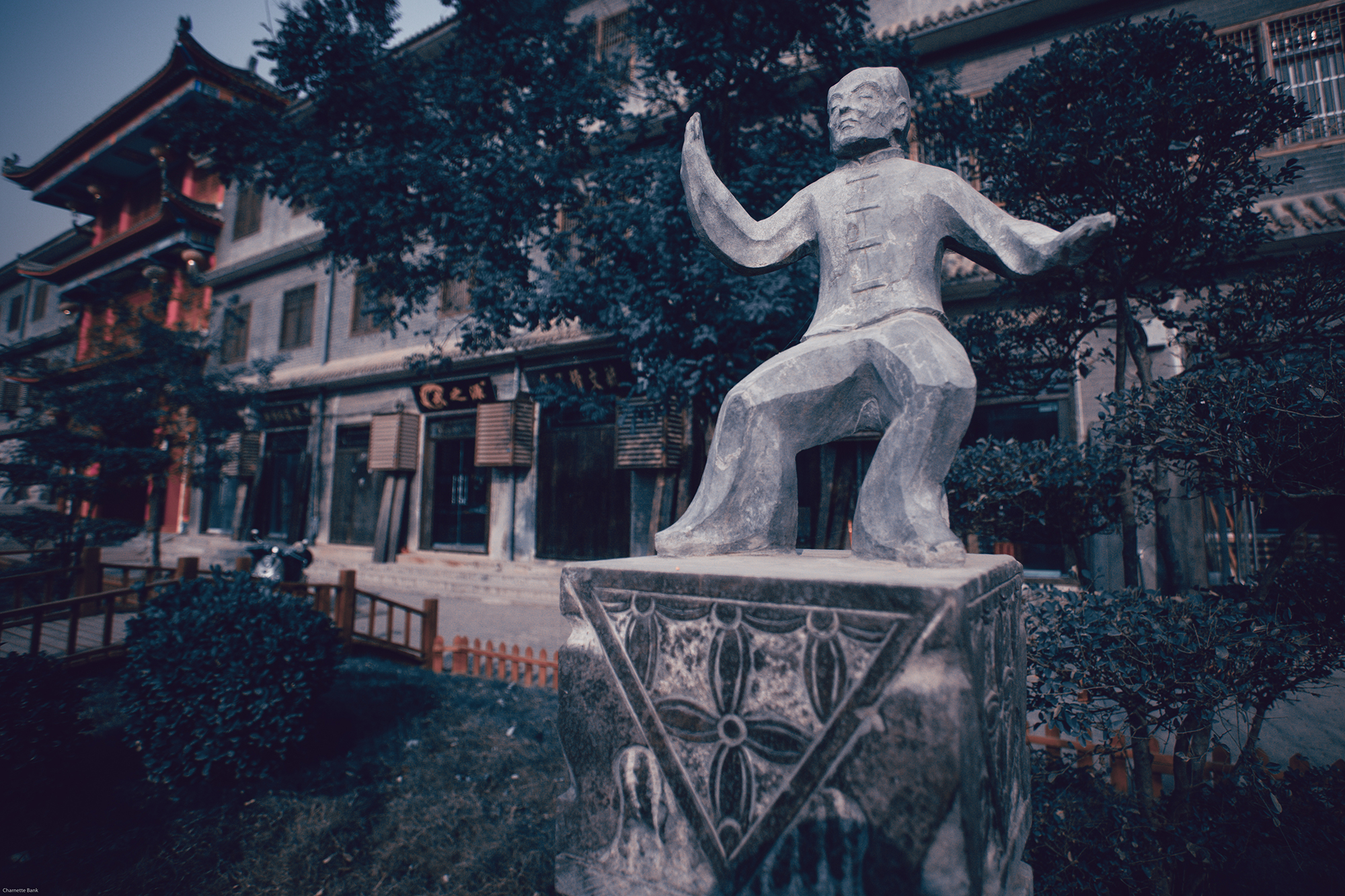 Nine generations later a man by the name Chen Wangting came to life, and maybe he didn’t invent taijiquan (Tai Chi), but he added Yin-Yang theory to the practice, among other things. Today’s form of Tai Chi seems to have been developed during the 17th century by the one and only Chen Wangting.

The concept taiji means ”Supreme Ultimate” when it comes to Yin-Yang philosophy. Yin-Yang is unity instead of duality, a philosophy tightly connected to Taiji’s movements. Yin-Yang flow is created by Taiji; movement/activity creates Yang and calm/quietude creates Yin. Taiji is the basis for Tai Chi, which is also founded on Yin-Yang and Tao.

The concept qi which is mentioned above – what does it really mean? Lifeforce, “energy from matter”, energy flow, etc. Qi is the main principle, which TCM (Traditional Chinese Medicine) is based upon. Qi is a somewhat fuzzy non-scientific concept, which I personally believe in, but others might not, and that is ok too, of course. You have to decide for yourself what to believe in life.

I think I read somewhere qi is measurable – as energy – purely scientifically. But you don’t have to believe in that either if you don’t want to…

A closed mind does not belong in Tai Chi.

There are certain movements for balancing the qi. These are called Qi Gong, and are as old and ancient as 4,000 years! A few years back when I was in pain rehab we practiced some westernized sitting qi gong every morning.

That was my first contact with Qi Gong, but definitely not the last one.

Yin-Yang – most of us know the symbol, I guess. Popular as a tattoo, jewelry, decoration, etc. The teachings of Yin-Yang is old, and believes to have originated somewhere sometime during the 3rd century BC.  Yin-Yang stands for unity in everything and shows us how the world is connected, that everything is part of anything.

Everything in the world has its counterpart, everything Yin has its Yang, and vice versa. It’s insanely complicated – I wouldn’t even jump into this discussion, but I have to give you an example of this complexity: the other day we found ourselves in a discussion about Yin-Yang in our class. The earth is Yin and the heaven is Yang, but the direction up towards the sky is Yin, and down towards the earth is Yang. Eeeh?

I like Tai Chi. It’s a practice that takes many years to master, if you even ever will. There is always room for improvement, and it seems you will never be finished if that’s the word to use. So, that means you will never be bored. That’s what I’m thinking, anyway.

It’s so hard, though, to relax and move effortlessly and with such ease. But practice makes perfect. Now, if perfect is even possible…

After a while of practicing, I noticed my body felt differently. The practice actually had an impact! My blood pressure was lower and more stable, my migraines fewer (even though I believe this was a combination with the acupuncture), my pain in my neck and shoulders less. 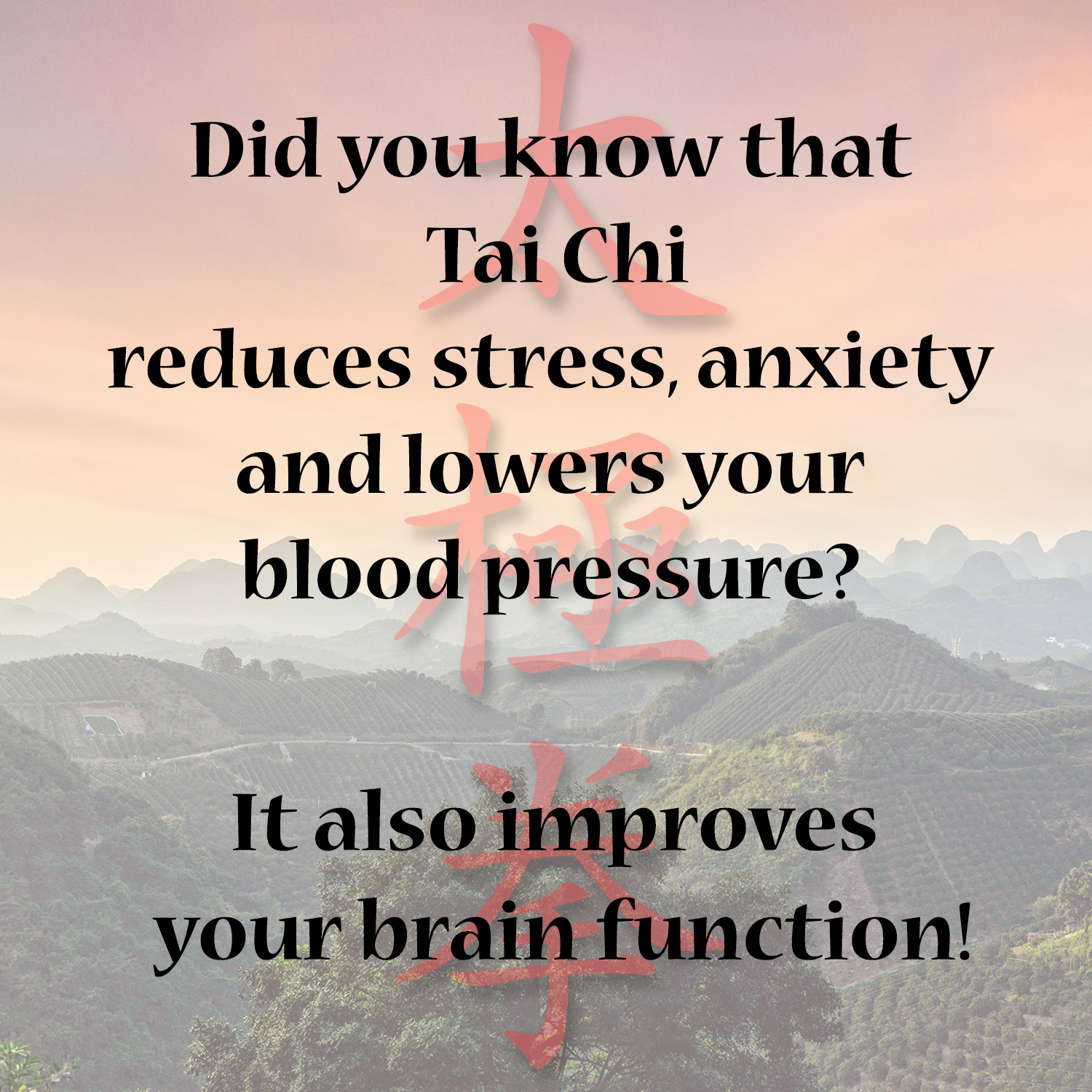 Have you tried Tai Chi, or are you still practicing? What’s your opinion? Please leave a comment!