Well I might as well keep up this tradition of summing up the year that has passed. The year 2019… What was the “Word of the year” for 2019? Plenty of people are trying to figure this one out, so I shouldn’t disappoint then… For me – the word of the year 2019 was “pain/rehab”. Well, okay then, that was really 2 words…

This year has been so full of nothingness, meaninglessness, and absolute total anxiety.

I’m still grateful for the year 2019 though, well, yes in the same way as I’m grateful for 2018. I’m starting to notice a gratefulness pattern here… This year has been incredibly rough, and I was forced to get over and under and through so many obstacles. Without the year 2019, I wouldn’t feel ready. I wouldn’t feel I was ready at this moment, and to finally want to move on.

I’d probably been standing there, in the same bubble of meaninglessness, where I’ve been for so many years.

So, the year 2019 was really a super boring year in so many ways. I had a whole summer without any plans. No work demanding anything of me – something I hadn’t had since I was 13! Still, I didn’t do anything. I couldn’t be bothered. I didn’t want to. For a short period, I managed to get some energy to visit some old friends.

And then that energy just ran out again.

I started the year in Tulum, Mexico. One of the worst places I visited in Mexico, actually. Only my humble opinion, though, not a confirmed fact. But to be fair, I think Tulum had a hard time meeting my extremely high expectations…

Standing in Tulum, Mexico waiting for the clock to strike 2019, I tried to manifest so much positivity for the new year to come. This was the year I would finally get my ass out of the wagon, and get out there.

Get into the driver’s seat of my life. So to speak!

It was only that I forgot, or rather repressed I’ve been feeling bad for such a long time that no matter how much I wanted to, or manifested, I wouldn’t be able to move on in a hysterically fast pace.

Moving on demanded work, it demanded commitment and without a doubt, I can admit my commitment… well, it’s been out of town during this year. This year too, I might add…

Back home reality hit me like a brick wall.

By the end of February I came back home after my 4-month long vacation in Mexico and the US. Being away for so long had been cleansing in a way and pointless in other ways. I had mostly felt empty, even though I at times had felt some appreciation for being there.

The emptiness was partly because my soul was broken, and partly because the end of my career where I’d spent 23 years was so abruptly ended in a way I had not imagined at all or wanted at all. Coming back home just reminded me of all this. Being on the other side of the world had enabled me to put away those feelings somewhat. I couldn’t any longer.

It was rough accepting and even tougher to get over.

But I gave it time, worked hard with trying to feel some harmony too, and with a blood pressure where the diastolic hardly got under 100 for the last couple of years, it has been easier said than done. Diastolic pressure should not surpass 90, but mine has been oscillating 100-120.

I’ve been on medication for periods of time, but my doctor and I have been in agreement I needed to make lifestyle changes. At the time it wasn’t really that clear it was my previous work position I had to remove from the equation.

I didn’t really want to admit it was basically my work making me sick.

I also gave myself permission to NOT answer the phone, if I did not want to talk to anyone for weeks. No matter how much the anxiety was eating me up from the inside, me feeling bad when I saw all the missed calls. I should be there for everyone! Right?

But I simply had to remove every tiny little “must”, every obligation from my life.

In April I went to Stockholm for an annual meeting with Djurens Parti (a political party I’m a member of) – the first and only political party that has ever spoken to me. I felt truly eager to get involved, but it turned out my energy for involvement wasn’t enough for much more than taking care of myself and sometimes not even that…

At times getting out of the PJ:s was pretty exhausting.

The summer of 2019 went by pretty smoothly. I didn’t do anything, really. Had a splash of energy and visited some friends I hadn’t seen for years. A distant friend of mine passed away earlier last year, and I had promised myself to really make an effort to see the friends I wanted back into my life.

I’ve lost contact with many friends during the years, at first because I was living with a narcissist and/or psychopath (the jury’s out on this one!) who didn’t let me see anybody. Briefly explained: my friends were disgusting and unpleasant people. And why did I need friends anyway?

So I traded in my friends for some domestic peace…

Even though I finally got rid of the narcissist I kept on giving up my friends, now because my health was so bad I didn’t have the energy to see them. Being friends with someone who only sporadically picks up the phone – anyone could get sick of that. Understandable.

So during the summer, I made half an effort, and after every time I was stretched out on the couch for a couple of days.

My niece brought me to Hiaklitten outside of Varberg. So nice to take a hike, she said. It will only take an hour, she said.

I was half dead behind her. The view was stunning, of course, but I was hungry. 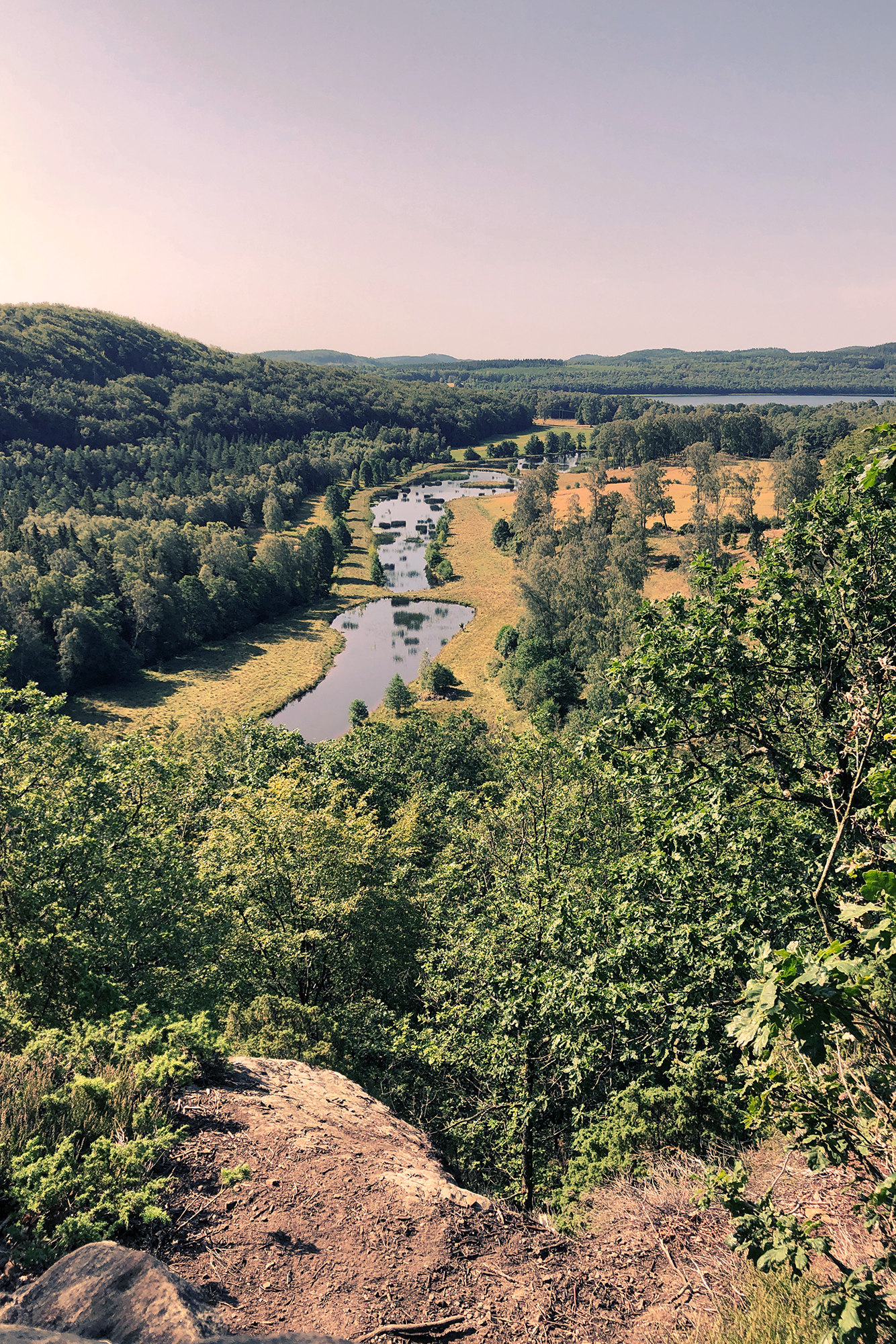 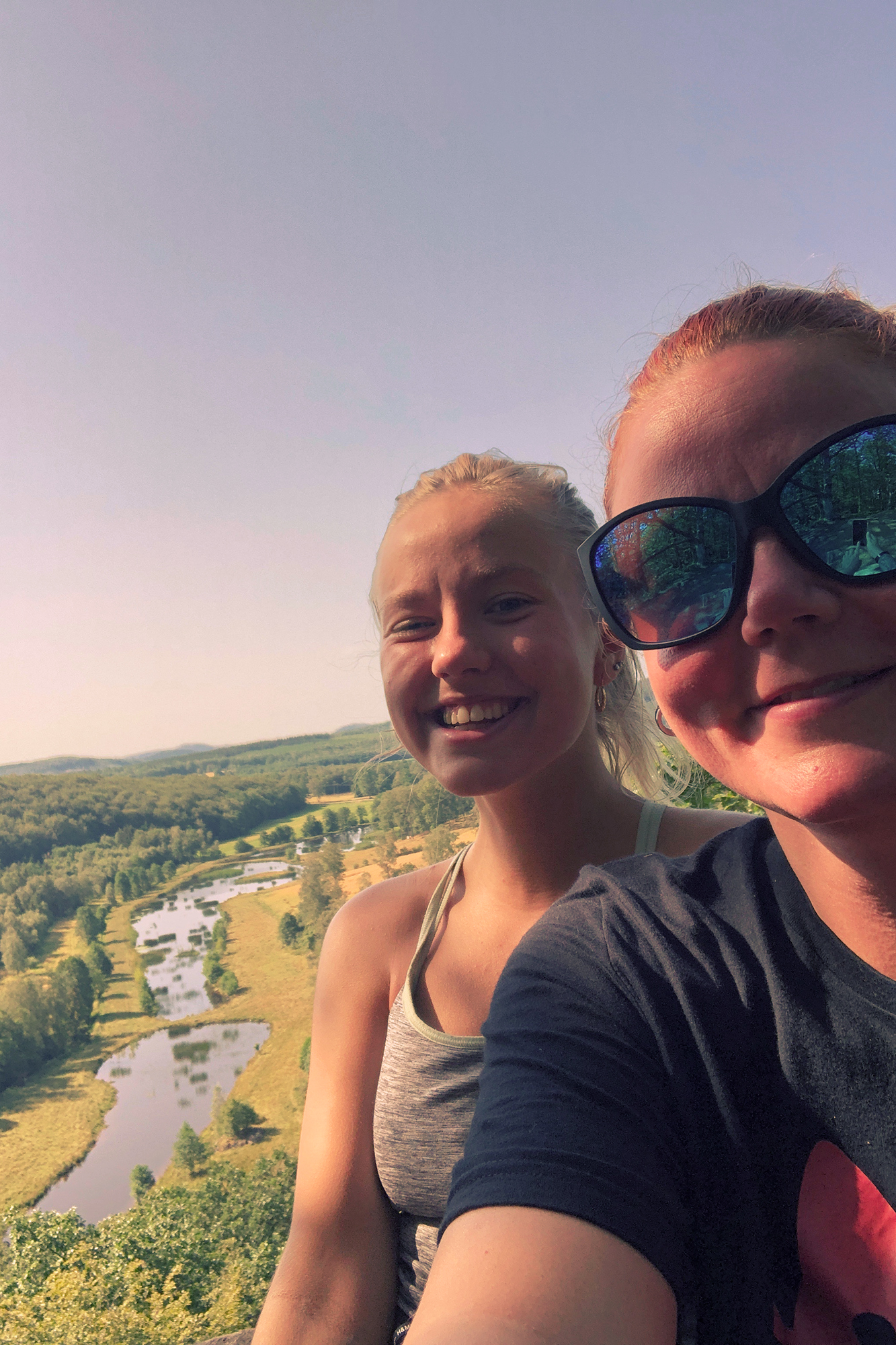 My boyfriend spent quite a lot of time here and even though that was cozy, it drained me, so whenever he went back home, I was just lying around panting on the couch from exhaustion.

Being there for everyone else when you’re on emergency energy yourself is not possible. That is the hardest part for me, to realise I need to put up boundaries just to survive… 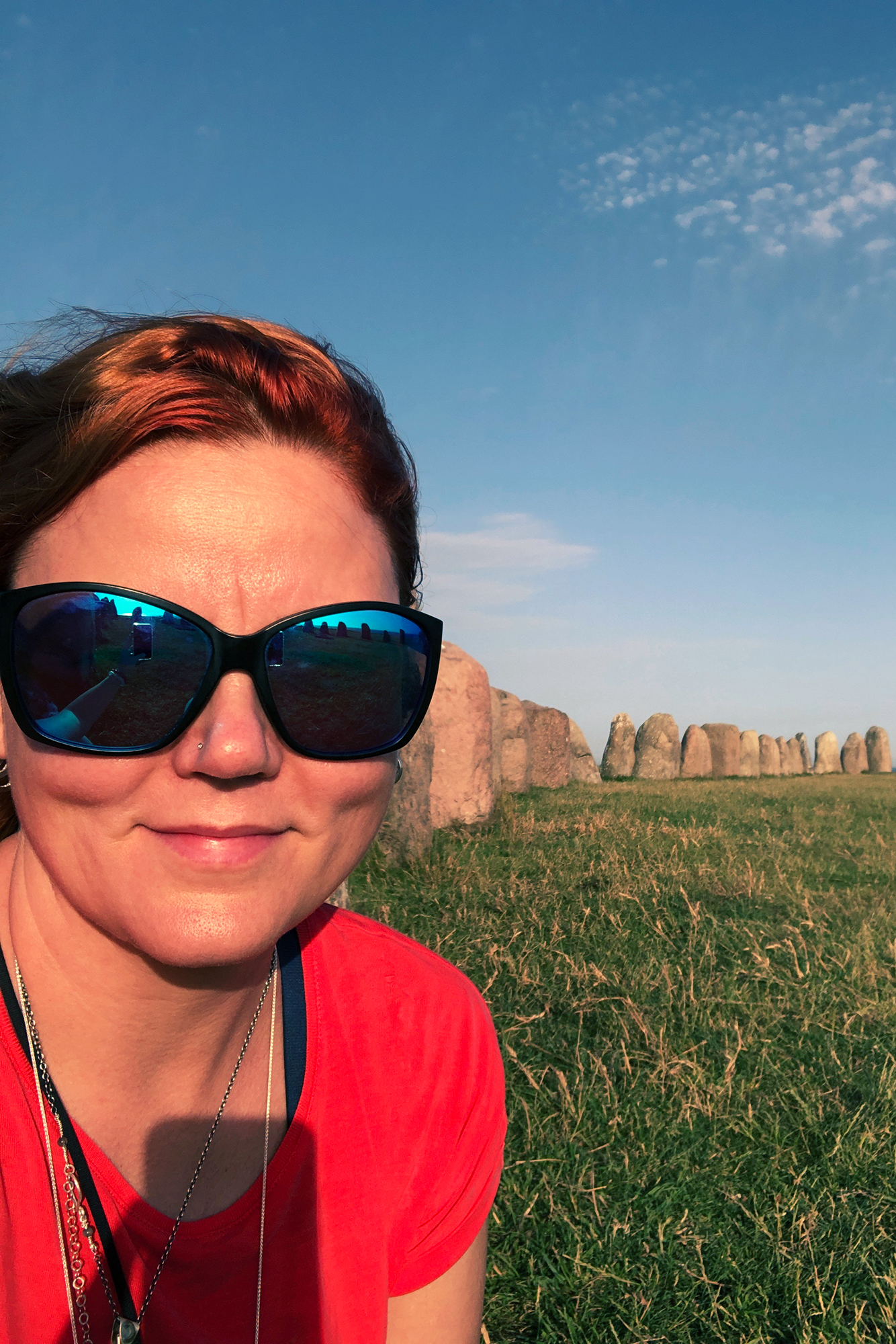 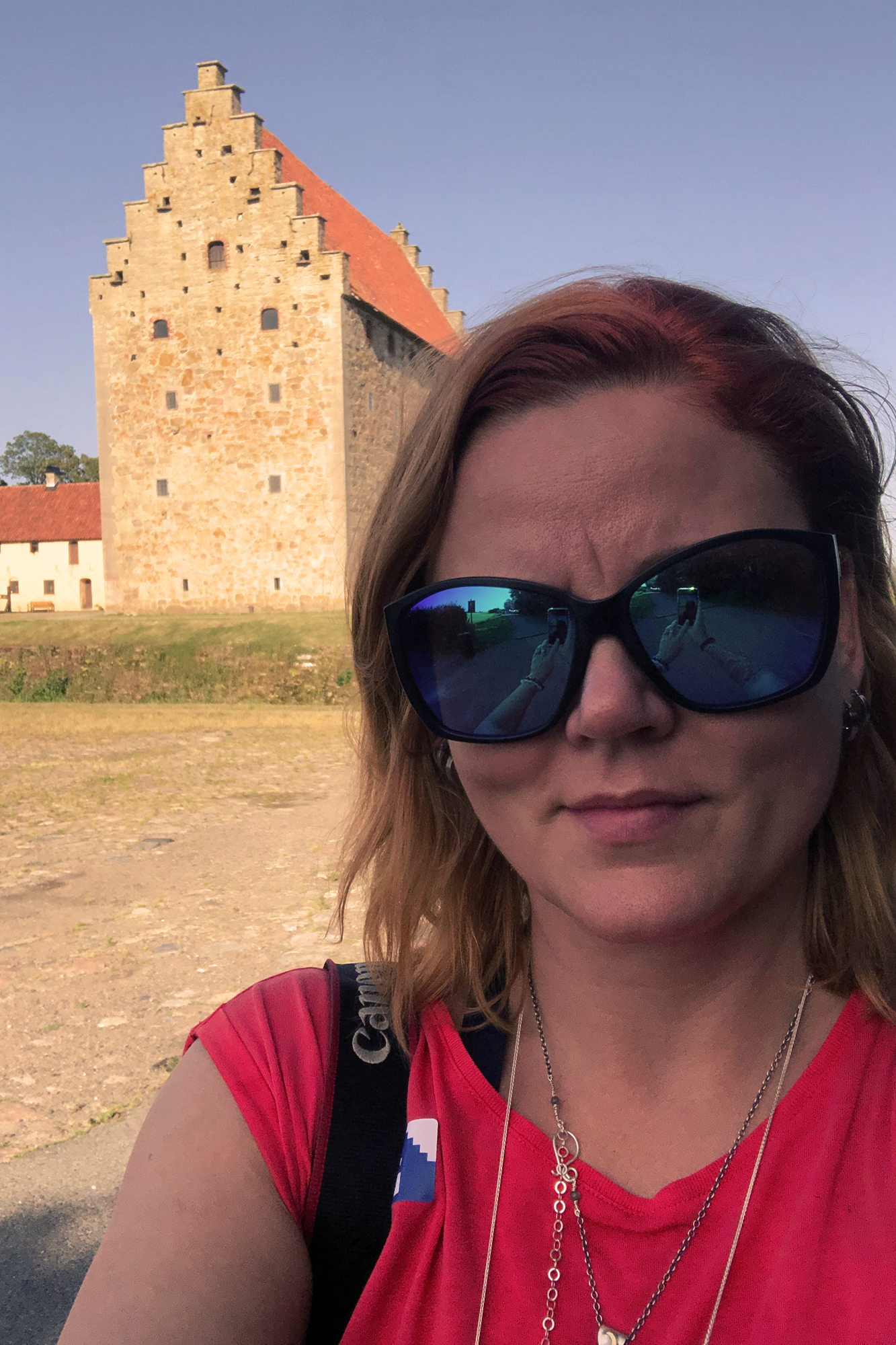 I went to Skåne on a small road trip – on my own – to visit Ales Stenar. That was a lovely day.

I celebrated my birthday in Borås, and then in Istanbul.

I went to see Linn in Borås, where she’s in her final year, and we celebrated my birthday together. That was so nice. We went to a Nepalese restaurant and even though the food was good, it was nothing like in Nepal. I’m just saying… momos… (Tibetan though…, but still…)

A few days later we went to Istanbul again. Lovely birthday tradition we’ve started. Istanbul is an incredibly beautiful city and I would love to have an apartment there. I really love it there! 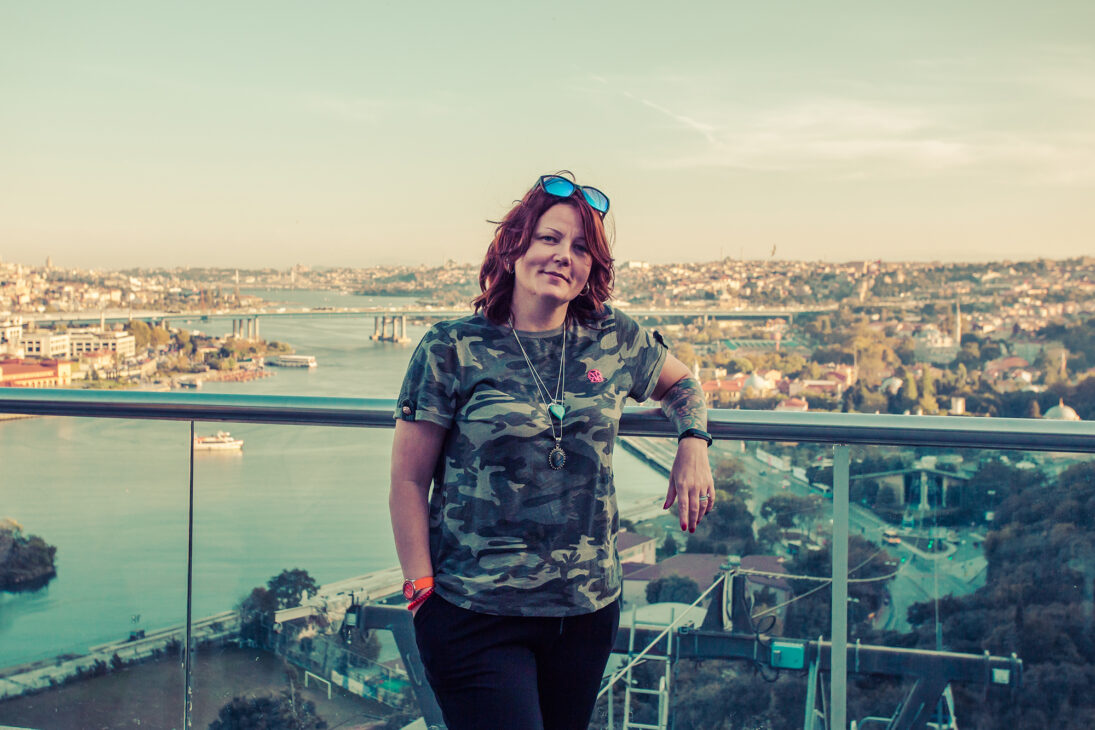 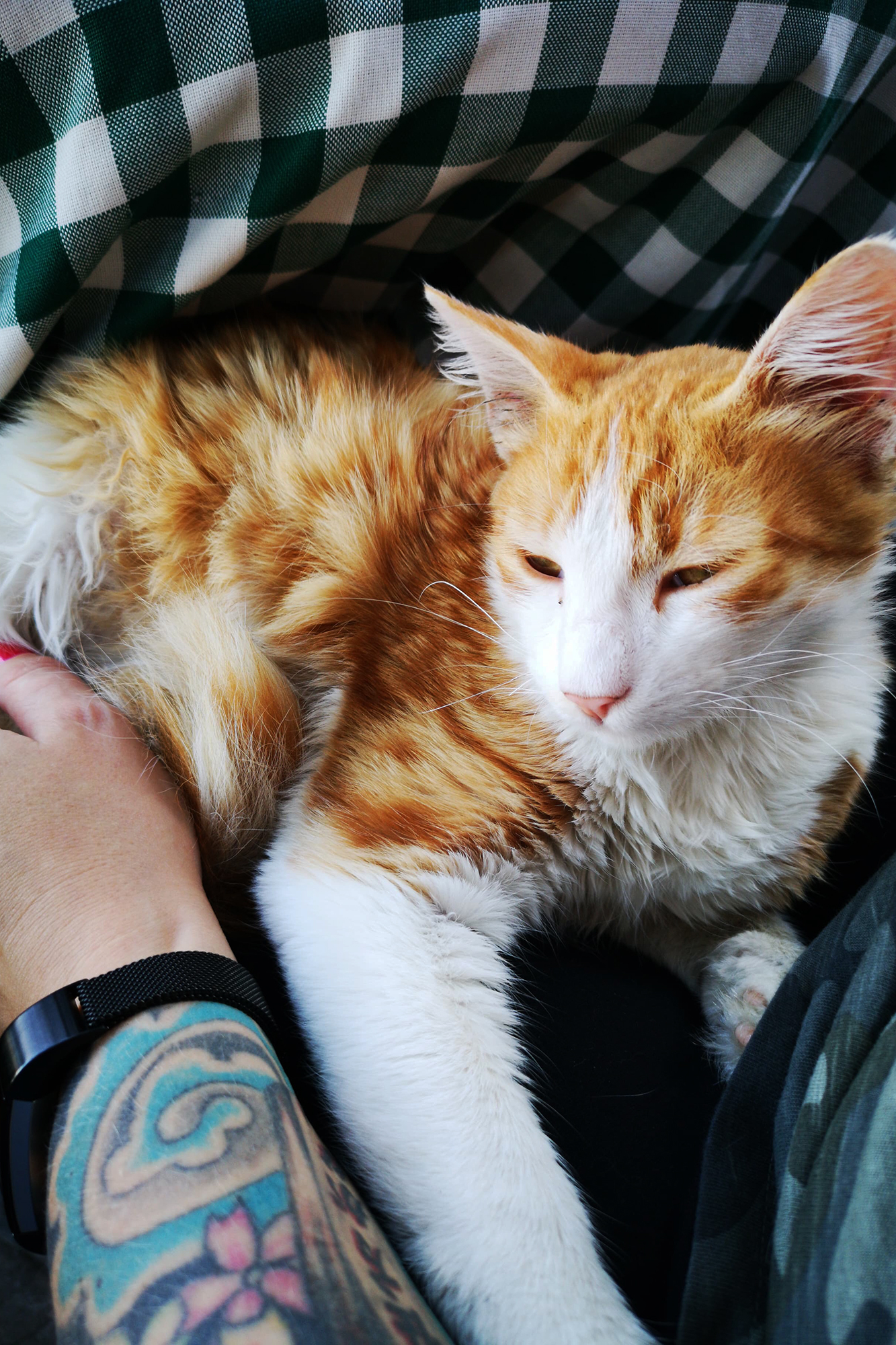 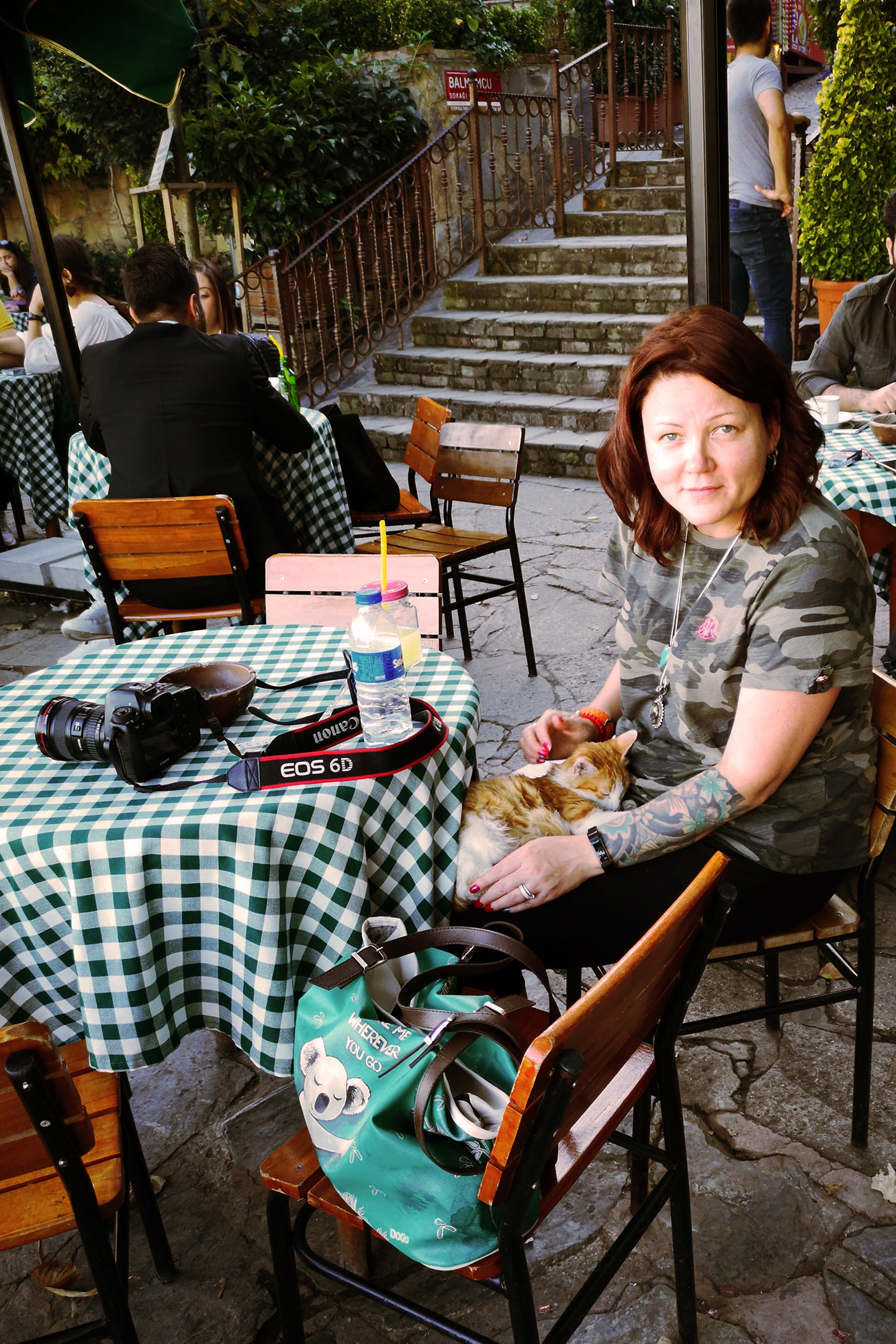 By the end of November I went to Krakow, Poland with my sister. This was a birthday gift from us to us. Apart from enjoying the city, lovely dinners and good shopping we also visited Auschwitz-Birkenau, of course. We also took a dive into the salt mine Wieliczka.

A horrible place that gave me some insight into my own life and misery. It’s all about proportions! 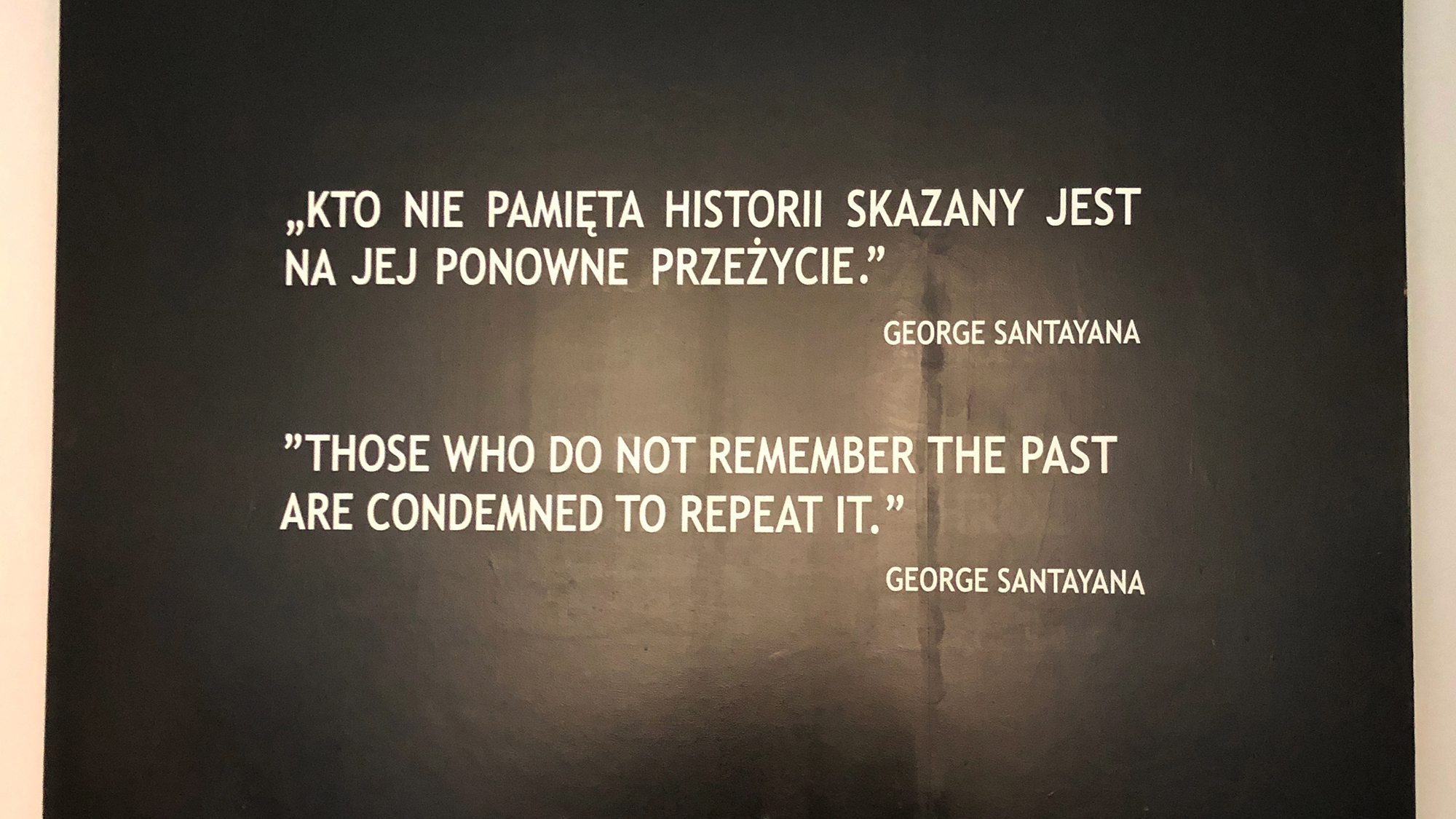 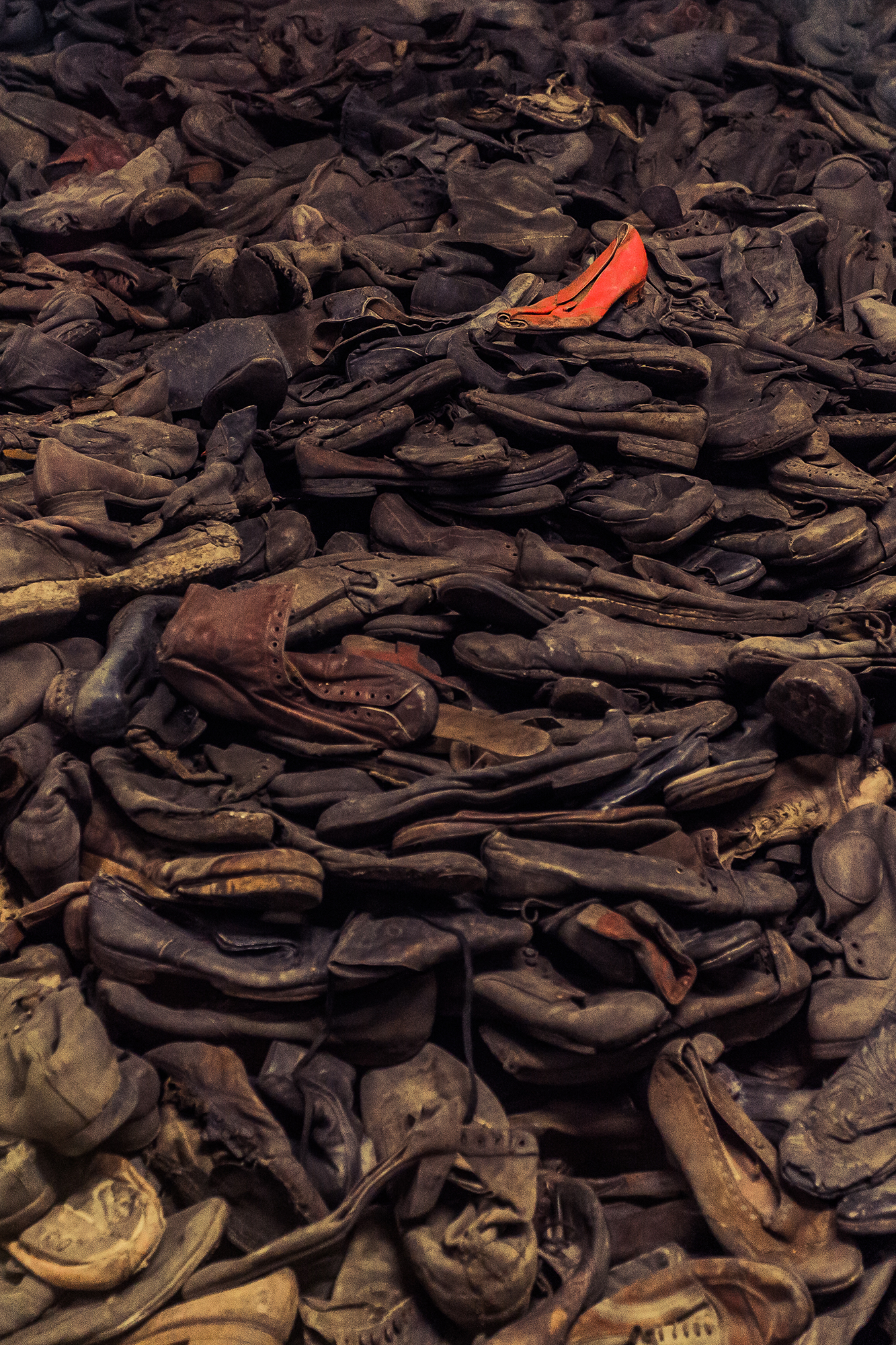 In December I started to feel I was on the mend. I feel good, I want to do stuff, and I no longer feel that everything is totally pointless. I’m still fighting the overhanging meaninglessness, but I don’t get a mental breakdown every time I need to pay a bill – and I have gotten this far just because I allowed myself to just be.

To just be and to heal.

To summarise – the year 2019 was a OK year, but not very eventful. I got the chance to heal and I’m now starting 2020 with a lot more energy than I’ve had for years.

According to my scales, the only one that counts (for me), I’ve gotten far during the year 2019, and I’m entering 2020 with curiosity and a wish to fulfill my healing. This will be a remarkable year – you can even tell by its name… 2020…

Travel wise I’ve been to Mexico, Stockholm, Istanbul, Krakow. Not too bad for such a bad and anxiety-filled year.